What Happened When an Orangutan Mother and Her Baby Were Reunited

Matthew Loffhagen
What Happened When an Orangutan Mother and Her Baby Were Reunited October 1, 2018 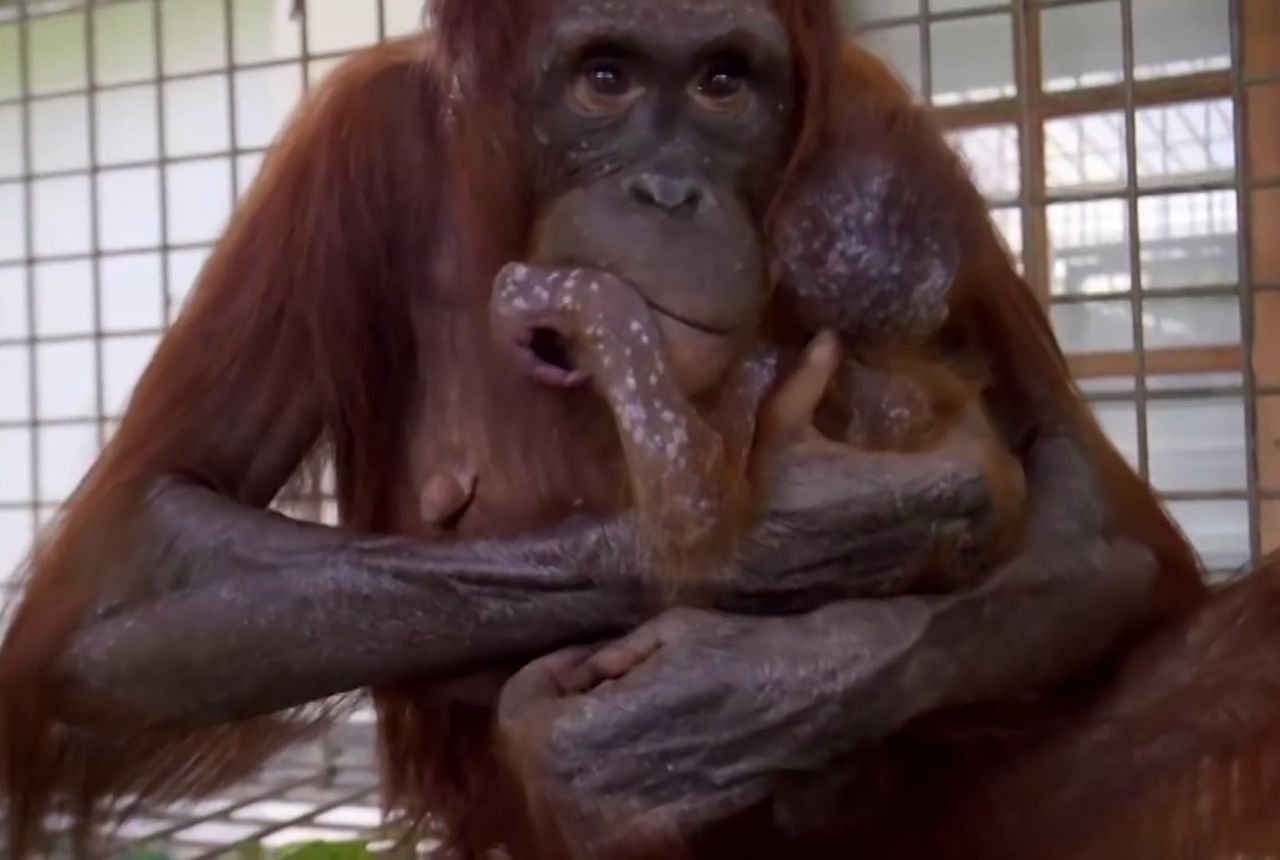 When rescuers had the job of bringing together a primate family reunion, they didn't know what to expect. But nothing could have prepared animal keepers for the sight they beheld once the mama orangutan and her newborn baby finally had their sweet reunion.

The challenges of being a parent are very real for many species across the world. Orangutans are not unlike humans in many ways, but when this new mom got to hold her baby you could see the joy on her face.

At the Nyaru Menteng Orangutan Rescue Centre in Borneo, animal rescuers were looking after the adult orangutan, Clara, as well as her adorable newborn baby. The pair had experienced a traumatic experience and their carers were worried.

Clara had seen her baby kidnapped shortly after birth, when an aggressive male had pulled them apart in order to assert dominance. Keepers had quickly tried to fix the situation, but the baby needed to be kept separate for its safety.

As keepers tried to introduce the baby, named Clarity, back to her mother, they were wary. In circumstances like this, mothers can often reject their young entirely, or end up hurting them out of unfamiliarity.

While keepers were wary, they attempted to calmly reintrodue Clarita to her mother. Both had been recovering from a skin rash, but even so, Clara seemed fascinated by the small bundled that was being presented to her.

While several keepers were on hand, ready to pull the pair apart if anything went wrong, Clara seemed thrilled to see Clarita. She reached through the bars, trying desperately to get her hands on the child. Instinctively, the keeper tried to keep her at bay, worried that Clara might hurt the baby.

Kisses From a Mother

Clearly, though, Clara wasn't interested in harming her offspring. She tenderly reached her lips through the bars of the cage, giving Clarity kisses, as she attempted to stroke her fur and hold her as best she could.

This all seemed promising, but it wasn't enough to prove that Clara meant the baby no harm. Curiosity is a common primate trait that doesn't always bring compassion, and there was a danger that Clara might only be interested in Clarita as a plaything.

Time To Open The Cage

It was clear that Clara was interested, but keepers still needed to be careful to make sure she didn't harm the child. They decided to open up the cage to present Clara with her child, but they had to do so as gently and carefully as possible.

As soon as she understood that she was going to get to hold Clarita, Clara couldn't wait. She reached over to help the keeper with the lock of the cage, desperate to get her hands on her little baby. Things were looking positive.

Orangutans don't typically smile in the same way that humans do, but it's hard not to interpret the look on Clara's face here as pure joy. After a week apart from her baby, she was so very excited to have her child back. But the keepers still needed to be wary - her strength could easily harm the child.

Reunited and it Feels So Good

The moment Clara had her baby in her arms, it was clear that she meant her absolutely no harm. As Clarita bleated quietly, much like a human newborn, Clara wrapper her in her powerful, hairy arms, with all the tenderness and love that she could muster.

Clara was clearly thrilled to have her baby back. The keepers were very pleased - this kind of reunion doesn't always happen in this circumstances. But this was only half the battle, and they still needed to make sure that the pair were truly connected.

As Clara cuddled her baby, a very happy keeper explained that she didn't have to worry about more separation. They are never going to take her baby away again. Just so long as they can survive the next big hurdle together.

Seeking For a Nipple

Again, though, it was clear that Clara and Clarita were having no trouble making up for lost time. As the mother rolled into a protective ball around her child, Clarita becan rooting until she found her way to Clara's nipple. It was time for some food.

Before long, Clarita got her first natural drink in a week. The pair were doing great together, and the keepers breathed a sigh of relief at seeing mom and baby falling so naturally into a good feeding practice.

As Clara continued to cuddle and kiss her child, it was clear to her keepers that all was well. The pair would get along fine, and they could trust Clara to carefully tend to her newborn's needs. This perfect reunion was all anyone could hope for - it couldn't possibly have gone better.

According to one of Clara's nurses, "It was one of the best moments of my career - to see this. It's really nice." Everyone involved with caring for the mother and baby know that their bond is very special.

Clara and Clarita will continue to face challenges and trials. After healing and being cared for, they'll eventually be released back into the wild, where they'll hopefully be able to avoid any other nasty males that might want to tear them apart. At least for now, they have each other, and that's all that matters.