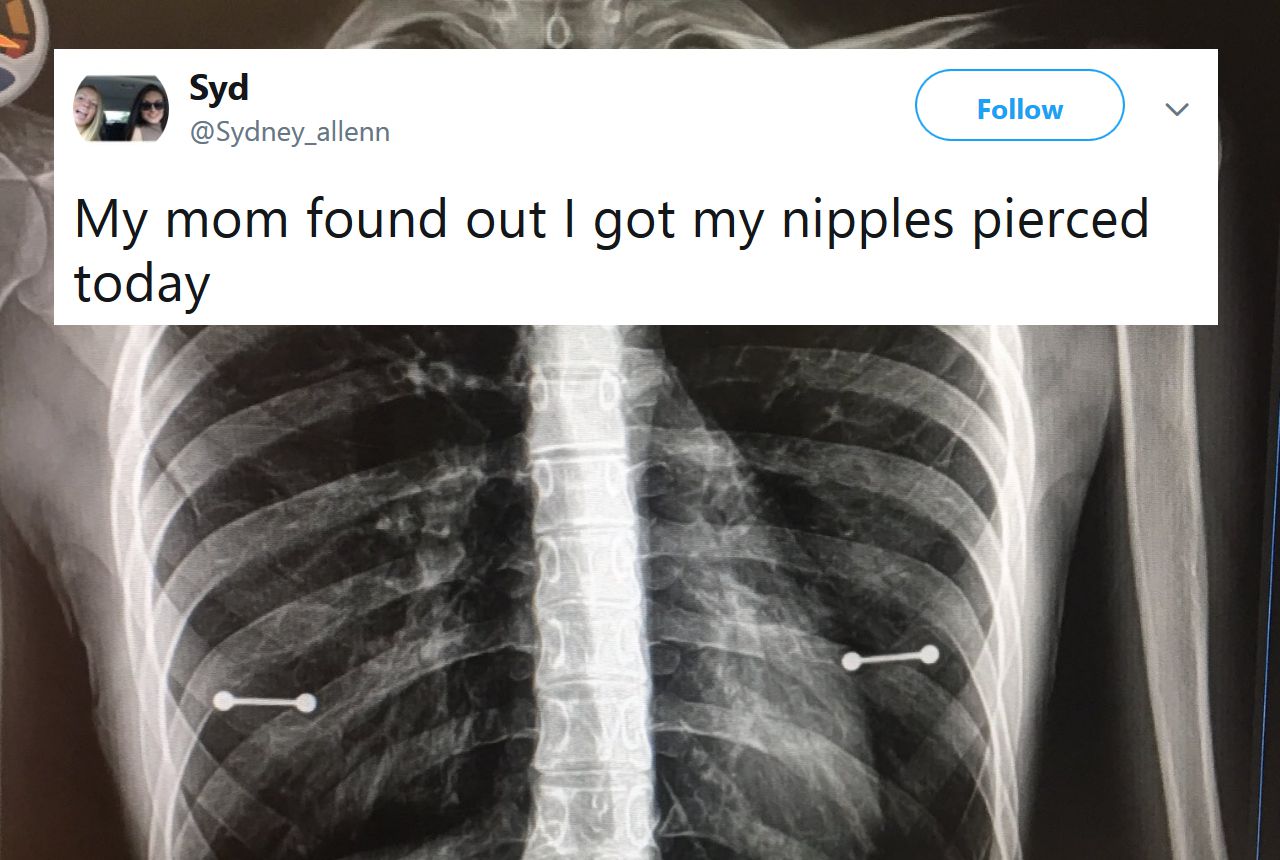 You've probably been there. You posted something on social media and regretted it right away. Even though you a second earlier you thought it was really cool. But at least you're not alone. Here are some even worse examples of other people who instantly regretted posting on social media...

This › anonymous tweeter made a very bad decision when they decided to take a photo of their new credit card for social media. And then they posted a follow-up tweet that made things even worse...

Definitely Don't Do This

When asked for the numbers on the back of the card, the naive poster also provided the internet with their security code, meaning that anyone could make a purchase using this card.

A very similar thing happened when one Nintendo fan tweeted to complain about having to type a code into their games console in order to access their new credit. This backfired, because by the time they'd gotten around to filling in the code, someone else had already claimed the digital purchase.

When Rita Ora tweeted out that 100,000 retweets would get her fans a new song release, people laughed. The tweet in question didn't manage to gain anywhere near that much attention. Ora later deleted the tweet and claimed that she'd been hacked, which, if true (and that's a big "if"), is also a big social media mistake. Use secure passwords, people.

Pro tip: Always check your reflections when lying on social media. This poster took a selfie while driving and attempted to justify it to her audience by claiming she was stuck in traffic. But her reflective sunglasses show that she was travelling down an empty road.

This feels like a mistake that a lot of people made. When Nelson Mandela died, pictures of Morgan Freeman started circulating on Twitter.

Remember that time Lindsay Lohan used Twitter to petition Barack Obama to cut taxes for millionaires? She probably does. Her followers were not kind to her after this suggestion.

The best fails are always from people who are insisting that they're too smart to fail. Singer Mary J. Blige asked why people always underestimate her intelligence. Kind of. What she actually asked was why they "understand estimate my intelligents." You win again, autocorrect.

Angry and, he argues, suffering from some bizarre medication side effects, Tyrese Gibson once took to Instagram to rant about Dwayne Johnson. Johnson's crime? Starring in a spin-off "Fast and Furious" movie, which won't feature Gibson. Gibson later apologized, which is good for him, because nobody can win a popularity contest against The Rock.

Here's an important lesson for the brands of the world: if you're going to fire someone, make sure they don't have access to the company Twitter profile. Media retailer HMV made this mistake, leading to one disgruntled employee live-tweeting the whole sorry experience.

Is Jim Carrey okay? Or does he just not know how Twitter works? Once upon a time, the famous comedian set about making a series of increasingly incoherent tweets until eventually he published a video marriage proposal directed at Emma Stone. This has all long since ben scrubbed from the internet, thank heaven.

Oh, Oprah. If you really have to shill for Microsoft (and we all know that you don't), could you at least use the Surface tablet they're paying you to advertize? Microsoft was understandably unhappy when Winfrey tweeted out about her love of the Surface, but used an iPad to do so.

Basically Anything Kanye Has Ever Tweeted

Kanye West should probably be removed from Twitter for his own good. His mistakes and fails are too numerous to list, but here's a fun (and relatively innocuous) one: the time he used Twitter to beg Mark Zuckerberg to give him a billion dollars. That went down about as well as you can imagine.

This isn't a social media fail per se, but more a report of a really cute mistake one person made in real life. She took her mom to her chest X-ray, only to forget about her nipple piercings. Looks like the cat's out of the bag now.

The best thing about this is the wave of sympathy the woman received. Turns out plenty of other people have also ended up with weird metal lines on their X-rays for some strange reason...

Who is Paul McCartney?

Just a hint: if you don't know who Paul McCartney is, Google him before taking to Twitter. This charming individual decided to yell at Kanye West online for including a "new" artist in his show. That's got to sting.

Another good idea: if you make the mistake of sending your professor an expletive-heavy draft of your essay, don't then take that to Twitter. This is the kind of thing that comes back to haunt you when potential employers are doing a background check. And speaking of which...

Here's a guy who's not geting a job. When a potential employer contacted them looking to set up an interview, he responded with a picture of Marvel anti-hero Venom. Very professional.

This isn't a single person's mistake, but rather an error made by elderly Facebook users around the world. They're always eager to share a photo of Jesus with their friends - even when the photo in question is actually a picture of Ewan McGregor as Obi Wan Kenobi.

Kudos to this earnest Twitter user for posting her dad's panorama photos online. Depending on who you are, there are either cause for deactivating your online presence, or the perfect new profile picture.