Photographer Returns Home From Ceremony Where She Swears in as a U.S. Citizen to Find All of Her Belongings Gone

Karla Pavelka
Photographer Returns Home From Ceremony Where She Swears in as a U.S. Citizen to Find All of Her Belongings Gone December 2, 2020Leave a comment 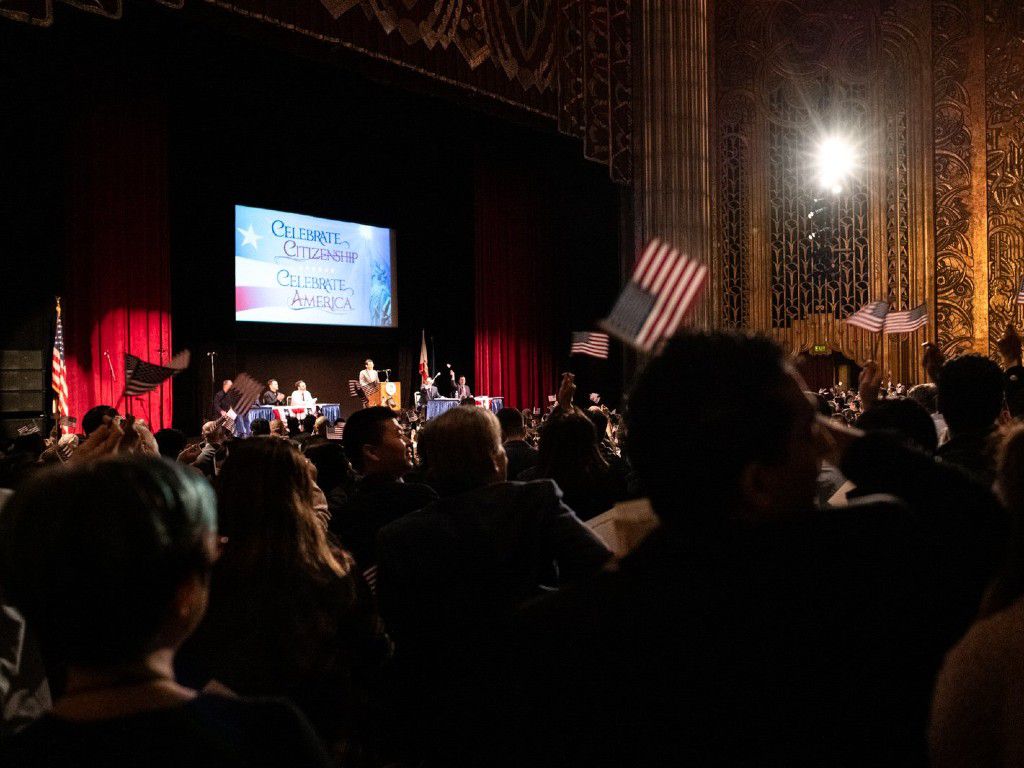 As a photographer, she had tons of expensive equipment in the house including cameras, film and computers to digitize and edit her work. She even had some photography jobs lined up that week. But when she returned home from the ceremony, something was missing and it caused her to panic...

Ania Zimnoch was born in Poland. She spent 15 years living in New York City. She then moved to Berkley, California. She's one talented lady. Her photography skills are unparalleled and she uses that skill to support her family, who are always by her side.

Zimnoch worked as a graphic designer for MyHabit.com. It was an Amazon flash sale site. She would edit and retouch photos. But that was only the beginning of her career. Her artful remastering would soon become a bigger part of her life, and her income.

When her daughter Ella was born, her interest in photography blossomed. Her business expanded too. Her family and friends began to ask her to take photos of their families and children. And her approach was breathtaking.

"I enjoy documenting people's family lives," she said. "Your children grow up so fast, but you can capture amazing memories - precious slices of life - in photographs and cherish them forever." Zimnoch's inspiration resulted in some truly stunning photographs. She especially likes to take photographs of birth.

Zimnoch has some inspiring things to say about her role in photographing births. "One of the reasons why I enjoy photographing birth is exactly that feeling - that you can capture, and freeze, the moment your child enters the world," she says. "I'm so honored every time families ask me to document their baby being born. And when all the pushing is finished, and the baby is finally here, and they put the little one on the mother's chest - I swear it feels as if time has stopped, and all you can feel is just pure joy, excitement and love. I live for those moments and feel blessed when I have the privilege to give this gift to a family. "

Zimnoch has a gift for capturing moments in people's lives. "I love capturing raw, unscripted moments of family life," she says. And that's exactly what she does. She has an eye for precious moments.

After years of living and working in the U.S., Zimnoch finally decided to make the transition from having a green card to becoming a U.S. Citizen. It's a long and difficult process, but Zimnoch was up to the task. After months of preparation, she finally got the news - she was going to be a U.S. Citizen. Zimnoch was overjoyed.

On November 21st, Zimnoch attended a naturalized citizen oath ceremony in Oakland, California. But she wasn't alone on this momentous occasion. With her were her husband and daughter. Also with her was photographer friend Lisa Winner.

Winner is a talented photographer in her own right. From the Bay Area, Winner does everything from wedding photography to portraits. She says she aims to "make timeless photographs that you will enjoy for years to come." It's no surprise Zimnoch wanted her to capture this momentous occasion.

Winner was there to document Zimnoch's special day. “There were tears and smiles all around,” she said. “Especially given these dark political times, the ceremony felt like a breath of fresh air and a glimmer of hope that greatness still indeed lies within this nation. I was beyond honored to have been there, not only to document it but to also share the moment with her and her family.”

The oath ceremony is no small thing. Attendees are given a talk about the responsibilities of US citizenship. They recite the pledge of allegiance. They sing the national anthem. All is well for a moment in time.

Zimnoch was overjoyed. It was an emotional moment. Here, Winner even captured her shedding a tear. It was truly a remarkable occasion that the family would never forget for the rest of their lives.

Winner did an exceptional job capturing the moments for Zimnoch. From her emotions to the ceremony itself, Winner acted as the documentarian. She even captured Zimnoch waving the tiny American flag new citizens are given. It truly captures the spirit of the day.

Zimnoch's family clearly shared in her joy. Here, her husband kisses her. Her daughter smiles. It was truly a lovely occasion for all. They were so proud of their wife and mother for everything that she had accomplished in her life. It seemed like nothing could go wrong that day.

It should have been a tremendously happy occasion. Indeed, it seemed that way for Zimnoch and her family. They were enjoying the ceremony. But little did they know what was happening.

As Zimnoch was getting sworn in, there was trouble at home. People had broken into their house. As she was becoming a U.S. Citizen, she was being burgled. What they took was devastating.

Zimnoch lost many things of value, including computers and electronic equipment. But the thieves took something even worse. They stole her camera gear. “They opened every cabinet, searched every drawer, and if it was deemed to be of value, it was stolen," her friend Winner said.

Tens of thousands of dollars of equipment was stolen. For Zimnioch, who runs her own small business, these losses are devastating. It's not just money, but time, and stress. And it gets worse.

While insurance will cover some of the losses, there are some things that cannot be replaced or recovered. Zimnioch's losses went beyond equipment. Also stolen were storage devices. These storage devices held precious work.

On the storage devices were work that Zimnioch had done. There were photos for clients that had yet to be delivered. She lost hundreds of them. They are memories that can never be recovered.

Winner is furious. "“While she was legally joining our country, other US citizens were robbing her not only of her physical possessions but of any fond memory that she might’ve had from this day,” she said. "“More than anything, I am angry. I am angry that on a day that was supposed to be of celebration, on a day when she became a legal member of this ‘great nation,’ this is the welcome mat that she received.”

Winner was outraged at what happened to Zimnioch. But she wasn't going to just let it happen. She was going to do something about it. She set up a GoFundMe.

Winner set up a GoFundMe to try to help Zimnioch recoup some of her losses. She had a message of hope. "Let's change the memory of what was supposed to be a monumentous [six] day from the day she lost a great deal, to the day she gained faith in the community at large," she said. Winner truly wanted to help her friend.

Winner was met with an outpouring of support. The GoFundMe was set to raise $4,000. It surpassed that. It raised over $5,000.

Hopefully, the money will allow Zimnoch to return to what she loves - her photography. Her citizenship and the generosity of her community can be a fresh start. Though the photos she lost can never be recovered, there is one thing no one can steal: her spirit. Through her photos, she can continue to share that with the world.