Greg Smith
A Police K-9 Unit Published a Calendar of Its Dogs and It’s Perfect November 13, 2018 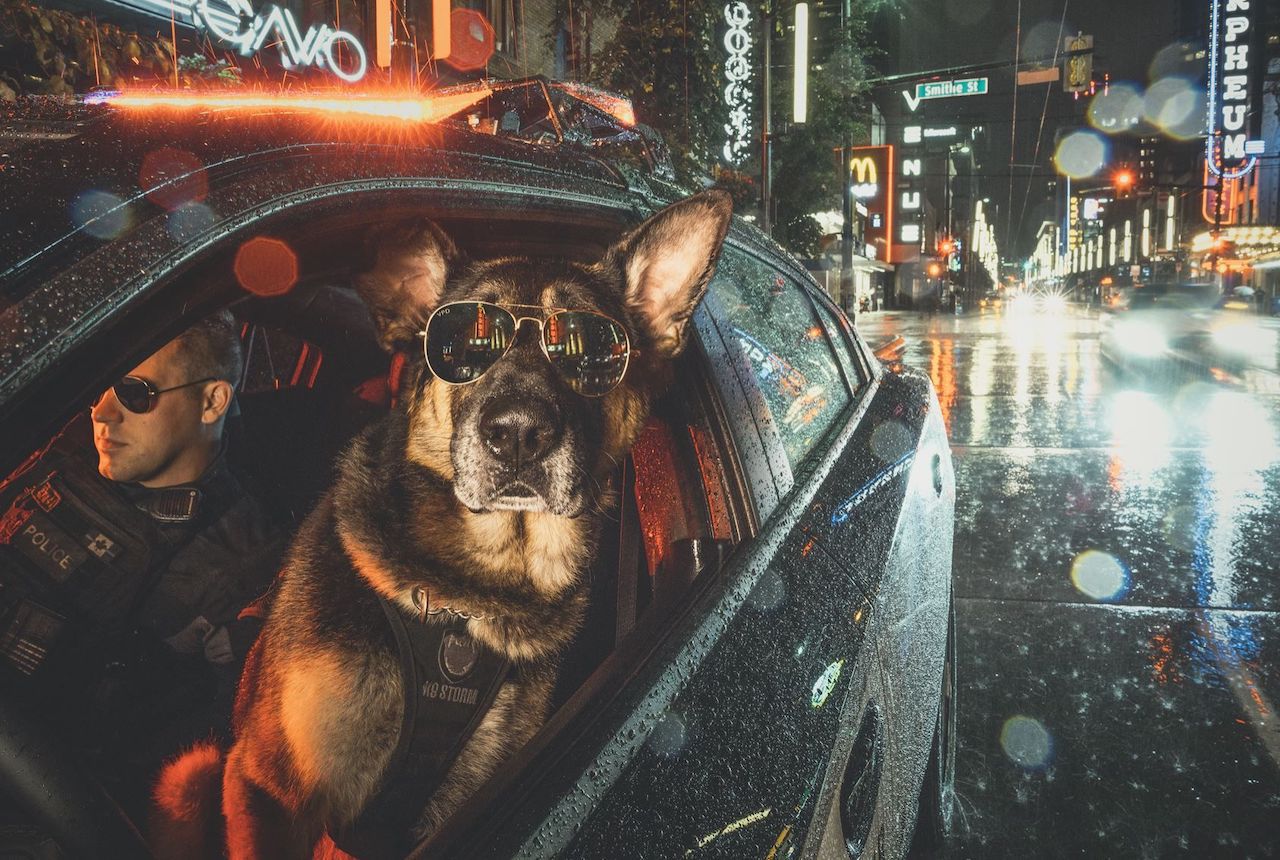 Behold: The cover for the 2019 Vancouver Police Dog Calendar. If incredible shots of adorable pups helping out their community is your thing, seek no further.

This four-legged member of the canine unit is posing for a good cause. All proceeds of the calendar go directly to the BC Cancer Foundation and BC Children's Hospital Foundation, Canadian organizations dedicated to fighting cancer and advocating for those afflicted.

The calendar idea came from a personal desire to help. It originated from "retired VPD Sergeant Mike Anfield in honour of his wife Candy, a VPD officer who lost her valiant battle with breast cancer in 2004."

The calendars cost $15 each, and VPD has been selling them since 2010. In total, the sale of these calendars resulted in $200,000 donated toward cancer research.

Putting The Work In

In VPD's canine unit, there are 15 human/dog teams working all day. The dogs' training is impressive. They're masters of "criminal apprehension, as well as detecting drugs, firearms and explosives."

This pit bull "suspect" is Mister Bentley, a dog who went viral after his owner Bradley Friesen took a pic of him wearing an oversized helmet. The VPD nabbed him for the pic, with a bit of special effects help. "They said, 'We can’t have our dog in the room, cuz he will eat your dog,'" said Friesen to My Modern Met. "So, these two images were taken separately and shopped together."

Per year, the VPD estimates that canine teams respond to over 10,000 calls. And it's not just to Vancouver. If other Canadian provinces need their help, they're happy to assist.

A Tasty Treat No Matter The Species

"The police dogs all followed their handlers instructions during the photo shoots and were good dogs," said Anne-Marie Clark, VPD's Social Media Liaison officer, to Bored Panda. "You can see their personalities showing through in the pics... PSD Bailey loves a quick break in a local coffee shop."

VPD's dogs are highly trained. Every year, the Canadian Police Canine Association holds a set of trials to test the dogs' skills. This event features obstacle courses, reactions to commands, and even contraband sniffing contests. It's open to the public too.

The VPD also uses dogs for their Victim Services Unit. Their goal is to assist folks who suffer from trauma, and help them "cope with the stress related to critical incidients." The department has been helping people since 1984.

Kaulback Productions, a commercial photography service based in Vancouver, helped out with the calendar. "Such incredible creatures," they wrote on their Instagram. "And their humans are pretty great too."

The VPD doesn't just work with dogs (or, uh, hockey players). They also have a Marine Unit that recently helped release rehabilitated seals into the ocean, in association with the Vancouver Aquarium Marine Mammal Rescue Centre.

As VPD wrote on their Instagram, "Even serious, hardworking police dogs need to stop & play every now and then!"

The VPD also works with volunteers closely, including members of the Kitsilano-Fairview Community Policing Centre. Indeed, this community center has their own community canine unit.

If a police officer joins a K9 unit, they are partners "not only at work but also at home." The officer cares for the dog with the utmost responsibility, fostering a relationship that  combines and transcends both pet-owner and coworker.

To be considered for the K9 unit, the human officer must go through rigorous training. Elements of education include obedience and care -- normal dog stuff. But this goes above and beyond, with "practical exercises for both the handler and the dog such as simulated suspect apprehension scenarios, tactical deployment exercises, bite and protection exercises, etc."

What kind of dogs typically join a K9 unit? Most commonly, you'll see a German Shepherd, chosen for "its intelligence, strength and loyalty and great sense of hearing and smell." Other common breeds include Labrador Retrievers, Doberman Pinschers, and Bloodhounds.

One of the earliest attempts at using police dogs came during the Jack The Ripper case, in 1889. London police commissioner Sir Charles Warren used bloodhounds to try and find the vicious killer. Unfortunately, they wound up running away, and Warren had to investigate the dogs themselves.

Thankfully, British police stuck with the idea of police dogs, implementing a K9 unit with the North Eastern Railway Police in 1908. These dogs were trained to treat anyone not in uniform with suspicion, even growling at their own handlers when they weren't in uniform.

Variation On A Theme

Some of VPD's dog calendars are themed. In 2018, the Chinese Year of the Dog, all photos were taken in Vancouver's historic Chinatown. That year, they also participated in the Chinese New Year parade, featuring "the largest assembly of traditional lion dance teams in Canada".

"Safety is about more than just fighting crime," writes the Vancouver Police Foundation on their Instagram. "It comes from our officers interacting and connecting with the community and engaging with Vancouver’s youth." That includes canine visits to the BC Children's hospital.

Here, in 2015, an officer brings his puppy partner to a youth event's show and tell, bringing light to these children's day.