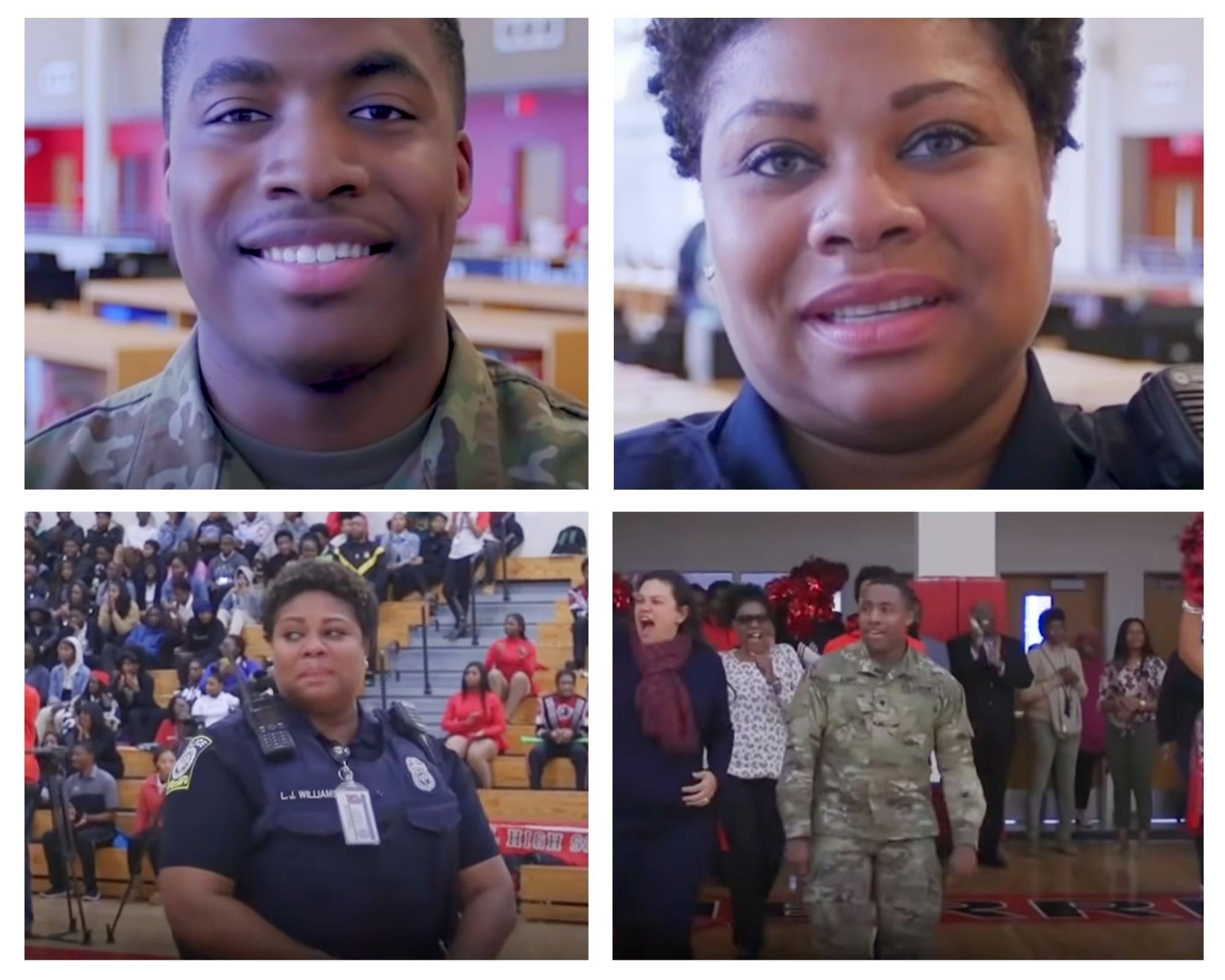 Going two years without seeing your child would be difficult for any parent. Video calls, chats, and social media just weren't enough to ever recapture a physical connection.

Linda's son was now a military man and sacrifices had to be made. She was as proud of her son as a mother could be. However, this wasn't always enough to heal the pain in her heart left by his absence.

When Linda was asked to attend the pep rally at a local school, she was honored to do so. Not only would her presence there ensure everyone's safety, but it also meant she could spend some time with the community while on duty.

This was a rare treat, so she left home early that morning. After checking in at her station, Linda got into her cruiser to perform the kind of duty she loved most as a police officer. Spending time with her community was always a wonderful experience. However, today would be even better.

Officer Belinder Byers was known simply as Linda to her colleagues and friends. She had always been a caring person and tried to imbue her job as a police officer with as much of that part of herself as possible.

Aside from being Kansas Deputy, Linda was also a single mom. Life wasn't easy but after raising her son alone and serving her community for so long, Linda's community decided to give something back to her.

She had been a part of law enforcement for more than a decade. More than a job, it was a calling to her. She had sacrificed a lot and then even more when her eldest son decided to join the nation's military.

Trey Byers had always looked up to his mom as a role model. As a teenager, he would often joke about serving his community like his mom. Linda never believed that he'd go a step further and wind up serving his entire country.

It happened a few days after his high school graduation. Linda was already immensely proud of Trey when he informed her of his intention to join the navy and become a marine.

Remaining supportive, Linda helped Trey navigate all the application requirements. She was proud but also heavy-hearted as a mother. Before she knew it, her son was off to training.

It was a sad realization when Linda found out that she wouldn't be seeing Trey for the rest of the year. She understood that his duty came first but couldn't help but feel sad as a mother.

While he was able to visit, trips home were brief and before long he was gone again. Video calls weren't the same and she was in a lot of pain, though she hid it well. One fact made it all worse.

Linda's own job had given her first-hand experience of how ruthless and unforgiving the world could be. As dangerous as her job was, she knew that Trey would be facing even harsher environments.

The thought of Trey being in danger kept her up at night. She had to accept reality and keep going. By finding a way to soldier on, her pain was eased a little.

Linda found that keeping herself busy helped her remain positive about Trey's absence. By staying active in her community beyond the call of duty, Linda managed to bust herself with community events, lending a hand, and even by babysitting in her spare time.

The months passed by slowly and painfully as she missed her son every day. Her extra work helped, but Linda had no idea just how much her close bond with the community would come to ease her pain

On his latest tour, This time Trey was gone the longest. Two years had passed without Linda seeing her son and it left a deep gap in her heart that nothing else could ever fully replace.

By now, Trey's career had been going strong and he was even decorated as a veteran of multiple tours. Linda felt like she was in limbo. On the one hand, she was so proud of her son for his service and dedication to his country. On the other hand, her heart ached to see him again.

When Linda was invited to the local high school's pep rally, the organizing committee graced her with the title of "guest of honor". Linda was thrilled and believed this to be a gesture of thanks for all her work with the community.

After checking in with the station, she rushed out to the school gymnasium. She was excited. It was these kinds of days that helped her manage the pain of missing Trey the most.

The pep rally was more magnificent than anything Linda could’ve ever predicted. Several people gave testimonies of what she and her fellow officers had done for them, thanking the police for being such a positive force in the community.

The day was perfect, but as it came to a close, the organizer, alongside the principal, said they had one last message for Linda. That’s when the hall’s projector turned on.

Linda’s heart was full of joy as her community thanked her for everything she’d done for them. But the projector turned on, and Trey’s face shone before her. The audience quieted down as Trey told her he was working hard to serve their country and make her proud.

He thanked her for raising him and ensuring he never lacked a thing as a child. Emotions collided within Linda as she listened. Tears blurred her sight. She thought it was over when the crowds burst out screaming.

The screams wrenched Linda from all the emotions that had captured her body. Her blurry sight took in everything happening around her, and she realized everyone was staring at the door behind her.

She turned around, her heart telling her Trey was behind her while her mind begging her to stay objective. A large crowd was pouring into the hall, and in the middle was Trey. Linda’s heart stopped.

The emotions that had leached out of her body returned with an explosive vengeance. She tried to scream, but her tongue couldn’t move, tried to run to her son, but her body couldn’t respond. She was dazed.

Trey raced to his mom, and only when she was sure all this was happening did she rush to hug him. Tears trimmed her cheeks as she hugged him tightly. She hadn’t expected this when she agreed to attend this function and knew she could never repay her community for such kindness.

Trey had grown since Linda last saw him. His was all muscle and height, crowned with the sweet innocent smile he always had as a kid.

He thanked everyone who vouched for him to return home to see his mom—as for Linda, finally being with her son after two years was the best gift anyone had ever given her. She is forever thankful!