Camila Villafane
This News Anchor Was Called ‘Disgusting’ by Her Viewers Because of What She Looked Like December 17, 2019Leave a comment 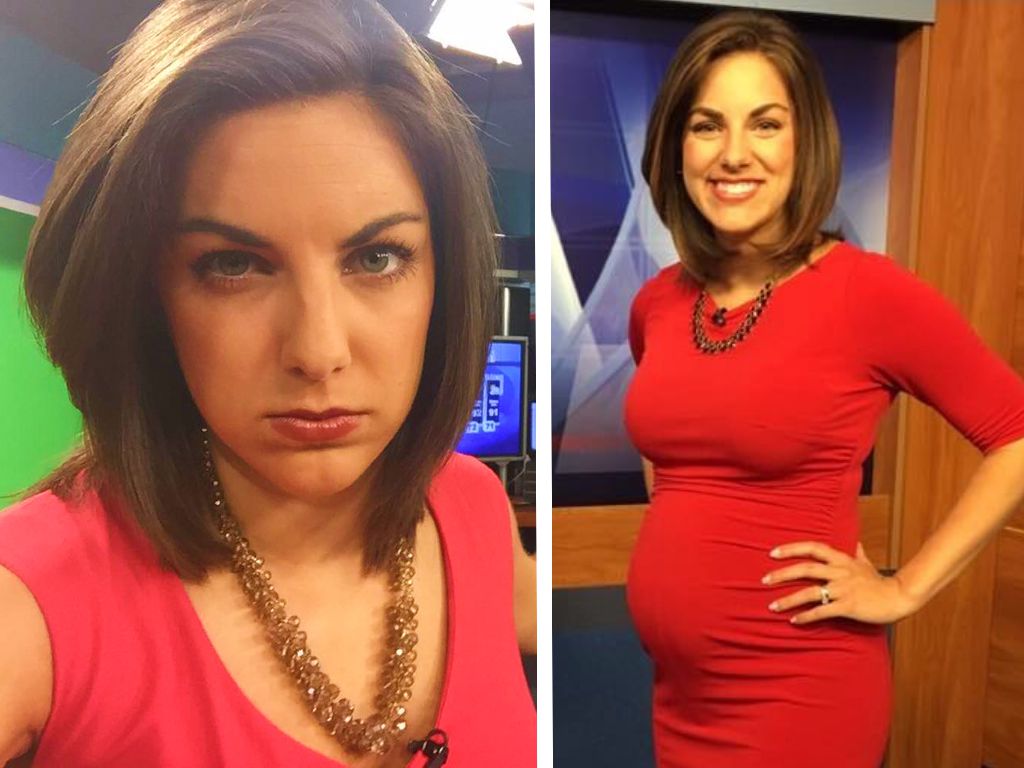 In July 2017, Laura Warren, a WRWD news anchor in Augusta, Georgia, picked up her phone and got the worst critique possible. But it wasn’t about her performance on camera. It was about how she looked. But after she recovered from the shock, she did something that left her viewers flabbergasted.

A Voice Message Left Her Shaken

In a time where the media’s integrity is called into question, Augusta, Georgia’s WRWD news anchor Laura Warren thought she had heard it all. And then someone left her a voice message that left her questioning everything.

She Was a Thick-Skinned Journalist

Warren considered herself a “thick-skinned journalist,” according to Allure. So negative comments about her didn’t usually faze her. But this was different because she wasn’t her usual self at all, and that was the reason she was targeted.

She Was Pregnant and Loving It

It turns out that Warren was an expectant mom and a working gal, too. In fact, she had a blog called “Bump, Baby, and Breaking News” so she could share her thoughts as her first pregnancy progressed. But one post left her followers in tears.

Expecting a Child Was Pretty Stressful

A Simpler Life Would Please Her More

Warren loved her life, but being pregnant made her consider a different lifestyle. “Most days, nothing would please me more than staying in my stretchy maternity yoga pants, not a hint of makeup on my face, a bucket of fried chicken in my lap, watching Gossip Girl reruns,” she wrote on her blog. But destiny had different plans for her.

But She Loved Her Job a Lot

She picked a career and had no regrets. She never came home and complained to her husband about barely surviving through the work day. But that didn’t mean that she always had great days either...

The Camera Wasn’t Her Friend

They say that the camera adds 10 pounds, but Warren claimed that they added “20 pounds every night,” according to her blog. And as if technology wasn’t bad enough, she also had a wardrobe issue. She just didn’t know it at the time.

Finding the Right Wardrobe Was Tough

“Find clothes that not only fit, but also don't make you look like a whale, and cake on enough hair and makeup products twice a day to moonlight as a Las Vegas showgirl, and you'll understand where I'm coming from,” she wrote on her blog. But she thought she could handle anything, until she was proven wrong.

She Was Feeling Hormonal

“Unfortunately, I'm pregnant, hormonal, currently not allowed to drink wine, and feeling extra in touch with my feminist side,” Warren wrote on her blog. But this frustration was just what she would need to fight the injustice that came next.

As an anchor, she often has to get all gussied up to look nice in front of the cameras. But it’s this very same daily ritual that left her vulnerable to one of the most insidious attacks anyone could carry out on a pregnant woman.

She Had Assumed She Was Safe

Warren had gone about her day at work and then she decided to check her voicemail. It turns out that there was one message. She thought it was a tip for a great story. But then the she heard the voice on the other end and her heart sank.

The Viewer Gave Her Fashion Advice

The voicemail came from a viewer and she had a lot to say... unfortunately. "Please go to Target and buy some decent maternity clothes so you don't walk around looking like you got a watermelon strapped under your too tight outfits,” said the woman. And then she added the final blow.

“Do I Really Look Disgusting?”

“Target's got a great line of maternity clothes in case you've never heard of such a thing. You're getting to where you're being disgusting on the TV," said the woman. Warren nearly fell out of her chair. Did that viewer really call a pregnant woman disgusting?

Warren was 20 weeks pregnant at the time, so the comment stung like a bee. She deleted the message, but couldn’t delete how insecure she felt after hearing it. And then she started going through the motions. But how she handled it in the end was one for the books.

She Started Doubting Herself

Warren went through a stream of questions in her head. “I am only at week 20 of this? Am I going to have to deal with this crap another 20 weeks?” She wrote on her blog. Then she wondered what kind of a woman had left such a horrible message. But what really bugged her was that she was afraid the woman was right.

They Got Under Her Skin

“Do I really look disgusting?” she asked herself on her blog. “What outfit is she talking about? Why did she call on Friday, I wasn't even working Friday....did she boil over this all week and wait until I was off to leave me a voicemail?” So, she thought about turning to a higher power for help.

She Wanted to Talk to Her Boss

“Should I have my consultant or my boss call her and tell her tailored, form fitting clothes look way better on air than baggy ones, especially when pregnant?” she asked on her blog. And then Warren decided to see if she could find the source that triggered that viewer to call her disgusting.

She Needed to See What Was so Revolting

Warren went to her news station’s archive to see what motivated the rude viewer to body shame her. Most of the time she kept her hands crossed in front of her stomach. But that was only when she was sitting at the news anchor desk. Was it when she stood up?

“I've gotten dozens of compliments from viewers saying nice things about my pregnancy, why was this the one that stuck?” she asked herself on her blog. She tried remembering the old “sticks and stones can break my bones but words can never hurt me” adage her mom taught her. It didn’t work. But she wasn’t worried for herself.

She Worried for Her Son

“It worries me. Right now, I can protect this sweet little boy. But, I won't always be able to. I certainly don't want him to dwell on the negative things insecure people are bound to say about him,” she wrote on her blog. But she knew how to counteract what the lady had done.

Viewers Gave Her Their Support

"The majority of people have said, 'Don't give that woman a second thought, and keep on being you.' And, they're right," Warren told ABC News. But she added the reason she wrote that blog entry was to remind everyone how easy it is to let a negative comment ruin one’s day. But she realized her viewers could relate, too.

It Struck a Nerve in Viewers

Warren told ABC News, "I think the reason I've received such kind feedback is because it struck a nerve with so many women who have felt these same insecurities.” But it wasn’t just women who sympathized with her.

Her Story Affected Everyone

“Husbands, fathers, friends, and family of women who have been pregnant and received some sort of criticism about their looks," she told ABC News that they too had shared in the pain of pregnancy body shaming. But was Warren ready for a wardrobe change?

She Refused to Let It Change Her

Warren had no intention of changing her maternity look simply because of one naysayer. "I wanted this [the blog post] to be a reminder that your words have such power," she told ABC News. "Use them for good." But there was one more thing she had to do.

She Gave Negativity a Makeover

“I'm just going to turn her negative energy into positive energy. I'm going to say as many nice things as I can to as many people as I can, and I'm going to do it in a dress that fits these beautiful new curves with my 'watermelon' stomach showing,” she wrote on her blog. In the end she had the right attitude by fighting hate with kindness.