Girl Gets Suspended From School After Posting a Birthday Photo Online 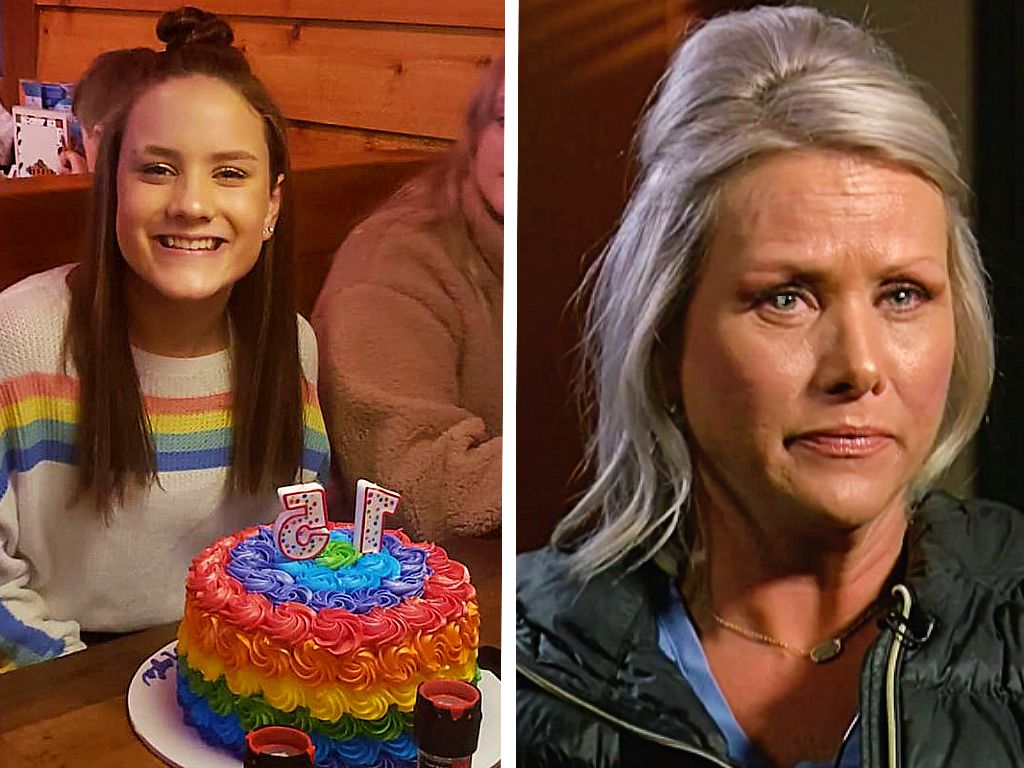 Getting expelled from school is a serious situation, and it only happens under the most extreme circumstances, like a student breaking the rules one too many times. But Kayla Kenney was not a trouble maker by any means. But one day, Whitefield Academy in Louisville, Kentucky, kicked her out of school for posting a photo on social media, and everything went spiraling after that.

She Was Just Another Teen

Kayla Kenney was just an average 15-year-old girl from Louisville, Kentucky, who didn’t have a care in the world. Why would she? She was perfectly happy hanging with her friends at Whitefield Academy, the private school she attended. But she had no idea that trouble would come looking for her.

She Was Surrounded by Love

Kenney had a close bond with her family, but like any typical teenager, she also had a ton of friends that filled her life with happiness. There was one thing that got her very excited, too, and that was her devotion to athleticism. But she wasn’t perfect, either.

Kenney Had Issues at School

Kenney had run into a couple of issues at Whitefield Academy, like the time that she cut lunch and the time she got caught with a vaping device in her possession. But her mother wasn’t in the dark about her daughter’s past behavior. She was well aware of her wrongdoings at school, no matter how innocent they may have been.

“Kayla is no angel. But she was really trying to clean up her behavior. Her grades went up and she’s been doing so well,” Kenney’s mother, Kimberly Alford told Today Parents. But this wasn’t the main reason why the school took extreme actions against the teenager.

She Was on Probation

Alford told the Louisville Courier-Journal that at the time, Kenney had been on probation after school authorities found Juul pods in her bookbag. But what are Juul pods and why did the school find them so offensive?

The Juul is a portable nicotine delivery device that simulates the experience of an actual cigarette. The Juul pods themselves contain nicotine, benzoic acids, propylene glycol, glycerol and ingredients that provide flavor. But this wasn’t why the school gave Kenney the boot. Apparently, the school felt that Kenney didn't represent their "Christian values."

She Violated the School’s Sacred Rule

According to Business Insider, school officials told ABC News that students attending Whitefield are made aware that they are responsible for maintaining a lifestyle that follows the school's Christian beliefs. But what did the 15-year-old do that gave the school the impression that she had violated their most sacred rule?

She Was Getting Ready to Party

Keeney was looking forward to a very special event; her 15th birthday. She knew her mother would go all out for her, so she was really excited for the big day. But she had no idea that life was going to deal her such a terrible blow.

Her Mother Went Looking for a Cake

Kenney’s birthday was going to be filled with family, friends and lots of food, all of which she loved. Her mother requested a special cake for her daughter’s birthday, but she had no idea that a basic cake decorating description would turn into such a headache.

The Cake Came With Assorted Colors

The bakery receipt for the cake listed the design as “assorted colors,” according to The New York Post. Alford assumed that meant lots of confections of different colors piled on the cake, but it didn't. She didn't have a problem with the final design, though. But, her daughter's school did.

Kenney got to spend her special 15th birthday celebrating with her family at a local restaurant. The teen proudly smiled as Alford snapped a photo of the vibrant teen sitting next to the multi-colored cake on the table. But when the school saw the photo, Kenney was done for.

Someone Ratted Them Out to the School

Alford posted the photo on social media, but later told WAVE 3, a local radio station, that someone had seen the photo with the rainbow-themed cake, and reported it to authorities at Whitefield Academy, which landed Kenney in hot water.

They Thought She Was LGBTQ

In January 2020, Alford received an email from Doctor Bruce Jacobson, the head of Whitefield Academy. The email informed her that her daughter had violated the codes of conduct by wearing a rainbow sweater and sitting with a rainbow cake, which led them to believe that the teen was making a statement in favor of the LGBTQ community. But, this wasn’t the first time that Alford and Kenney had been warned.

The School Warned Her Before

The email, which had the photo Alford posted on social media attached, went on to say, "Per our in-person meeting on October 17, 2019, we made it clear that any further promotion, celebration, or any other actions and attitudes that are counter to Whitefield’s philosophy would not be tolerated." This was the second time the school insinuated that Kenney may be gay or support LGBTQ causes.

The School Labeled the Teen

Alford claimed that the Whitefield Academy administrators told Kenney that she couldn’t wear ponytails after she got an undercut. They also gave her a book by Christian activist, Jackie Hill-Perry, who wrote about how she gave up being LGBT with God’s help. But scrutinizing the cake was the final straw and Alford wasn’t going to let the school get away with it.

She Tried to Appeal the Expulsion

Alford knew she had the right to appeal the expulsion three days after it took effect, but her efforts didn’t work. She told the Louisville Courier-Journal that the school denied her appeal. And Jacobson’s excuse was the worst she had ever heard.

She Should Have Refused the Cake

Alford told the paper that the academy’s head informed her that the combination of her daughter's sweater and the cake, “just kind of represents gay pride” and that when her mother went to the bakery to pick up the cake, she should have refused to take it. But the school is claiming that this claim is totally false.

WAVE 3 News attempted to interview Whitefield officials on camera, but they didn’t respond. However, they did release a statement that read: “Inaccurate media reports are circling stating that the student in question was expelled from our school solely for a social media post.”

She Was a Chronic Rule Breaker

They continued by saying: “In fact, she has unfortunately violated our student code of conduct numerous times over the past two years. In the fall, we met with the student to give her a final chance to begin to adhere to our code of conduct. Unfortunately, she did not live up to the agreement, and therefore, has been expelled.” But the school didn’t hold any animosity towards Kenney, or so they claimed.

They Offered the Teen Alternatives

“There are numerous school options in our community for students who do not wish to attend a Christian-based school, and we wish our former student all the best as she finds a learning environment that is right for her,” they wrote. But then they took a jab at Kenney’s mom.

They Tried Putting the Blame on Alford

“It is unfortunate that one of the student’s parents chose to post internal family matters on social media, and we hope our former student is not adversely affected by what her parents chose to make public about her situation,” the school finished stating. But Alford wants to make one thing clear.

She Claimed the Cake Had No Hidden Meaning

“I just feel like it’s a label [school officials] have put on her,” she said. “Just because I’m wearing a rainbow doesn’t mean I’m gay,” Alford told the Louisville Courier-Journal. Alford also told Business Insider, “If I really wanted it to mean something, I would have asked for it to say ‘pride’ or ‘lesbian.’ I would have asked for more decorations to celebrate myself than that.”

Since the teen's story went viral, Alford’s family has gotten a ton of support. Best of all, other private schools have offered the teen an invitation to enroll and were even willing to waive the tuition fee. She also got a cool offer from someone at the Grammar Table.

They Offered to Tutor Her for Free

Ellen Jovin from the Grammar Table travels across the country to teach writing, so when she heard about Kenney, she offered to tutor her remotely. “It made me feel sad for Kayla that she was not experiencing that level of inclusion that I’ve felt everywhere I’ve gone all over the country, and so I just wanted to make sure she knew that people have her back,” Jovin told FOX19. Now, Kenney’s free to do her own thing.

Despite the offers from other private schools, Alford enrolled Kenney in public school. She told the Louisville Courier-Journal that: "She's adjusting really well, but she also seems stressed and overwhelmed at times," Alford said. "I felt like (Whitefield Academy) had a positive impact on her, but I just feel like those religious beliefs they are imposing now are very judgmental. That's not what I wanted for her."