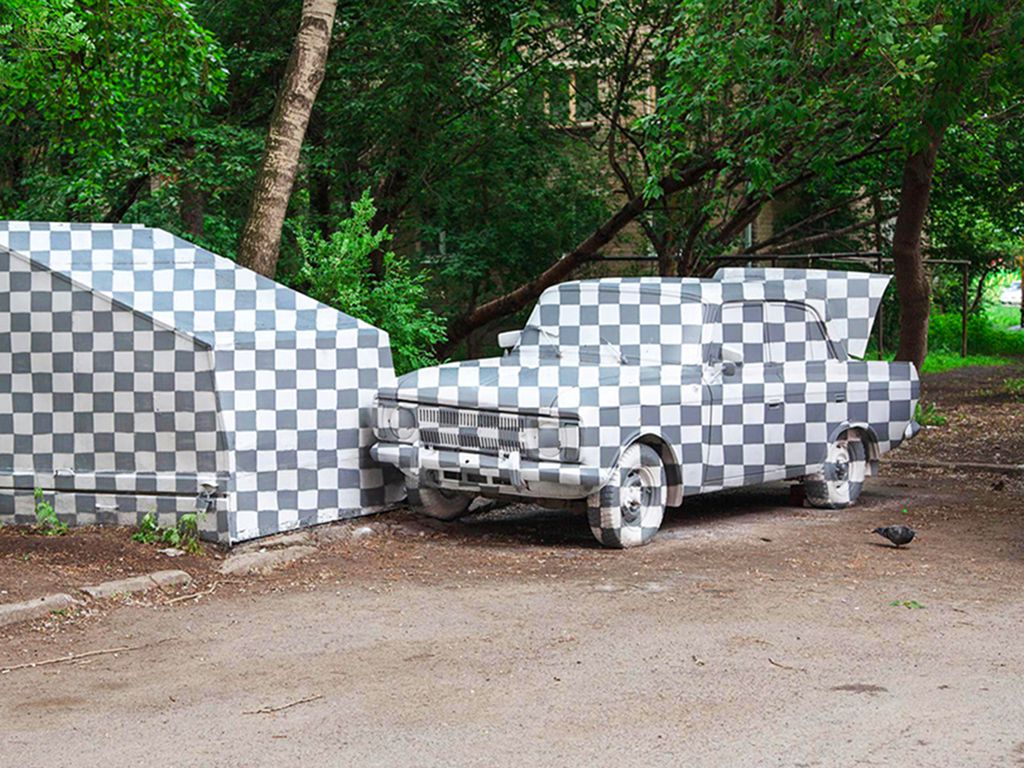 When you mention Russia to foreigners, the first thing that comes to mind is either the Soviet Union (which doesn’t exist anymore) or vodka. But, there's much more to this massive country than people who have never been there realize.

There’s so much more to this amazing country than the strict political figures of the past and a few imported drinks. So, here are some real-life photos taken in the motherland that will help you see a different side of Russia.

Russians Are Your Knights in Shining Armor

Much like the New York City subways in the Western world, Russian subways can get pretty weird. So you never know who you’ll run into. You might even get to meet a medieval knight on your way to work.

The photo was taken at a cosplay event called the J-FEST in Moscow. And it proves that Japanese culture, particularly anime, is highly celebrated in Russia. Besides cosplaying, the festival also has drummers' parades, calligraphy and a tea ceremony. It’s practically an anime and manga mecca.

Street Art is Prominent in Russia

Art is very important to Russians. It’s expressed in music, ballet and other forms such as street art. In fact, there’s an entire event called the Urban Morphogenesis Street Art Festival that’s dedicated to street art. And this particular mural was done outside an apartment in the town of Odintsovo.

The Fountain Is One of the Coolest Tourist Spots

The Friendship of Nations fountain at the Ostankinsky District in Moscow has been attracting tourists since 1939. But during the cold winter months, the area transforms into an enormous ice skating rink that turns this ordinary tourist attraction into something extraordinary.

In Russia, the locals celebrate New Year’s on December 31st and January 1st like most people around the world do. Then they celebrate it again on January 14. To start off the celebration, Russians throw concerts and firework shows, especially in Red Square. And Santa makes an appearance on New Year’s, too.

Ping-Pong is a Serious Thing in Russia

Ping-pong or table tennis was outlawed by Joseph Stalin from 1930 to 1950, during the Cold War, because he believed it was harmful to the eyes. But once the ban was lifted, it became one of the country’s favorite pastimes. In fact, in 2010, Moscow hosted the 50th World Table Tennis Championships.

This tradition began in 2006 and was designed to celebrate the town’s rich culture and history. In this photo, there’s a man holding a bag of onions at the onion festival in the town of Lukh. But there are plenty of other fun competitions like the best onion sculpture, a photo contest and an onion dish.

Matryoshka Dolls Are Still a Thing

In this photo we see someone painting a Matryoshka doll. This tradition dates back to the late 19th century and continues to this day. The factory this worker is in also makes Russian woodenware and other souvenirs.

Russians Go All White at a Parade

This photo shows a group of street performers dressed and painted all in white while walking at Moscow’s World Carnival’s Parade. But this is more than an event, it’s a competition, but you’d expect nothing less from Russians.

Easter in Russia is the Holiday of Giving

Forget Christmas! In Russia, Easter is the time for giving. So between April 25th and May 5th, Russians host over 250 festivals around central Moscow focused solely on giving to the homeless.  But the event also includes theater performances, live music and poetry reading based on Easter.

Parkour is a training discipline that’s similar to military obstacle course training and it’s become quite popular in Russia. In this photo, this man is leaping off a high wall in Moscow. Other areas where Russians practice parkour is in Berezniki on the outskirts of Siberia.

Although countrywide school uniform policy was abolished after the fall of the Soviet Union, many Russian schools still uphold their own uniform policies. From 1994 to 2013, uniforms were not mandatory. But in 2013, they were reintroduced into the school system.

It’s common knowledge that Russians don’t like doing many things Western cultures do, but this photo suggests otherwise. Here’s a man who is planking on the cold streets of Moscow in the middle of the night while bystanders watch.

Russians Love Showing Off Their Creativity

It’s no secret that Russians love their art. In this photo, a man is blowing into a pottery whistle at the Petrovskaya Igrushka Museum. The museum has pottery, medieval weapons, ancient irons, and unusual household products from yesteryear.

Fried Eggs are Obviously Their Thing

In this photo, we see a chef adding more raw eggs into an enormous frying pan so that he can cook Russia’s largest fried egg meal in the town of Novy Oskol, Belgorod. This batch consists of 7,000 eggs that are being fried in a 2-ton egg pan.

There are Polar Bears Lurking Around

Although polar bears tend to stick to the Arctic region, this polar bear was eager to go beyond its natural habitat and made its way to Russia. In fact, in 2019, Russia witnessed a mass increase in polar bear visits in the Novazaya region. Some even tried to enter people’s homes.

On June 12, Russians celebrate their country’s pride on Russia Day. Locals can choose from about three dozen city parks in Moscow and enjoy folklore groups, jazz orchestras, and local pop singers performing. They even allow people to test their sword skills, too.

The Kokoshnik Headdress Made a Comeback

They Test Their Strength

Another activity that Russians celebrate on Russia Day is a test of strength which can include a friendly game of tug-of-war with other locals. Clearly, Russians don’t believe in sitting in a lounge chair and drinking beer to celebrate their country’s pride.

Russia might be the last place that comes to mind when you think of beaches, but guess what? They have one. This photo was taken in the summertime in Sochi, Russia. And sunbathers had gathered here to enjoy the warm sunny days before winter came and made the temperatures frigid again.

At Russia’s Rakata ice skating rink, skaters gather for the VDNKh ice skating event, also known as “Horror Night.” And as the name suggests, the skaters dress up in costumes, many of them reminiscent of Halloween. But ironically, this event didn’t take place in October but in February 2019.

Chicken Kiev is a Delicacy in Russia

The Russian chicken dish Kiev dates back to the 1700s and is considered a delicacy. At that time, Russian aristocrats were very interested in French cuisine and started sending chefs to their country to learn more about this delicious dish. Then a Russian chef invented their own version the dish in the 19th century.

Russia’s youth culture is bold, vibrant, and embraces dynamic art. Just ask these teens who are participating in the annual Faces & Laces interactive project that encourages young people to take part in one of summer’s biggest event at Gorky Park in Moscow. Activities include athletic challenges as well as face painting and graffiti art.

In this photo, a group of Chechen special police soldiers prove to locals that they’re just as fun as everyone else when they dance with bystanders and other fellow police. This happened during the unveiling of a new street and it shows that despite the bad rap police get, cops just wanna have fun.

This guy saw a hole in the ground full of dirty rain water and thought, “why not?” So he grabbed a beer, took off his clothes and used the hole as a hot tub. But given how cold it gets in Russia, this was probably more of a cold tub.

Not many people know that besides the blistering cold during the winter, there's a ton of rainfall in Russia during the spring and summer months. And a storm can sometimes come without warning, as this woman found out!