Reasons Why Fall Is The Best And Everybody Knows It

Sheila Watko
Reasons Why Fall Is The Best And Everybody Knows It October 2, 2017 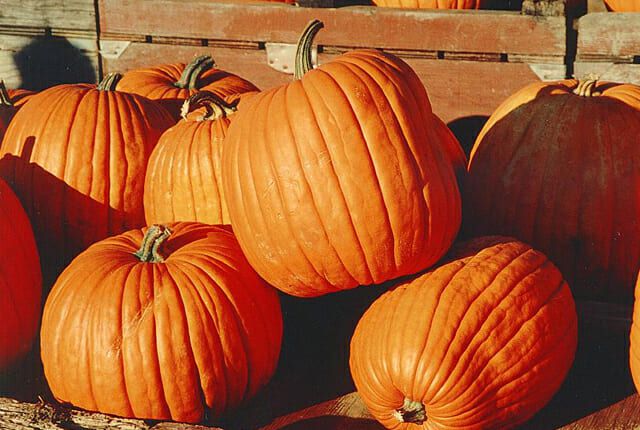 Of all four seasons, fall is the best. Hands down. And if you're not in love with fall, you're probably doing it wrong. But we're here to help you. Because with cool weather, great movies and pumpkin-flavored everything, autumn has something for everyone.

Not in the basic "pumpkin spice" way, but legit PUMPKIN. There's a difference. "Pumpkin spice" is cinnamon and nutmeg and other spices and usually lame, but actual pumpkin is heaven. Pumpkin pie, pumpkin rolls, pumpkin ravioli, pumpkin chili.

It's not hot out anymore, but it's also not cold yet. You can get away with a denim or leather jacket, maybe some warm socks on extra chilly mornings. If you live in an apartment, this is the peaceful time between the bugs of summer and the mice of winter.

Starting in October, scary movies are on TV all the time. This is good, because Netflix is lame sometimes and dumps all the good ones.

Even better, Freeform has the "13 Nights of Halloween," so you get to watch "Hocus Pocus" literally every single day if you want to. You'll have to find a way to stream "Halloweentown," too, because sometimes Disney only plays the sequels.

You don't have to retire the fire pits and s'mores of summer; you just add apple cider, blankets and ghost stories to make them even better.

Fall is the season that gives us the best memes. Don't pretend you don't laugh at this stuff all the time.

Crockpots are amazing all times of year because they make everything easy, but they were basically made for the fall. Soup, chili, steel-cut overnight oatmeal. In the summer, these things aren't refreshing. In the fall, they're the most comforting meals ever.

Whether anyone actually enjoys apple picking is up for debate, but it's kind of a right of passage to do over and over again. Basic girls do it for the Instagram posts, and all other decent humans have apples for days to bake pie with, so it's not so bad.

Fall drinks are delicious. Sure, you can get a pumpkin spice latt, but that's the basic, bottom-tier pick. Fresh-pressed apple cider (bonus points if you get it from a farmer's market), different flavors of crisp hard cider, spicy chai lattes and any type of hot chocolate: these are the real gems.

The nice thing about haunted hayrides is, if you're screaming with your eyes closed and want to curl in a ball and not move, you can. The ride will keep going even if you can't go on. No forcing yourself to walk on even though you're having a heart attack.

Halloween is the only holiday besides Christmas that's its own music genre. And church music doesn't count. (We're looking at you, Easter.) Halloween gives us "Monster Mash, "Thriller," "Dead Man's Party" and the "Rocky Horror Picture Show" soundtrack, to name just a few.

You get candy AND you get to drink AND you get to do this while wearing a costume? We're so in. Some people wear whatever is lying around the house and call it a costume. The real champs of Halloween go all out with something creative, funny or devastatingly scary.

The only thing better than babies in costumes is PUPPERS IN COSTUMES!

Some people have no chill with their outdoor decorations, and the more extra, the better. Witch flying into a tree? Hilarious. 10-foot blow-up front-lawn Frankenstein? Beautiful. Some horrifying prank decoration that ends up being inspected by police because it looks too real? The best.

People get super creative at Halloween, and few things are more impressive than a super intricate jack-o-lantern, at least until it starts to rot on the porch and gets eaten by squirrels.

If you're a Disney World fan, the Boo-To-You Parade is the greatest event of the year. The Headless Horseman rides down Main Street, the ballroom dancers and grave diggers from the Haunted Mansion have super-cool dance sequences, and the band from the party in "Hocus Pocus" has its own float.

Whether you're in high school, college or just chilling with the family in a post-turkey coma on the couch, football is the sport of fall and a favorite pastime for many.

Truly the best day of the year. Food, family, food, football, food, Friendsgiving, food, the Macy's Parade, and more FOOD. It's literally an excuse to wear stretchy clothes and cram your face full of as much stuffing, mashed potatoes and dinner rolls as physically possible.

Sweaters and scarves and boots: oh, my. We're not sweating through our tank tops anymore, and not yet freezing despite seven layers of clothing.

If there's any time to have a significant other, it's the time of scary movies and blankets and mulled wine and cuddling. No worries if you're single AF, though; pets are excellent substitutes (and probably better, TBH).

They brighten up every long drive and even short walks to the bus. Plus, they're fun because even when they die, they crunch! The gifts that keep on giving.

Once a dreaded time of year, fall is awesome when you're in college because it means you get to stop working at your boring internship, leave your minimum wage summer job and get back to your friends on campus (and your minimum wage work study job). Once you're graduated, you kind of just feel sad that you're not going back to campus because every day is the same now.

Fall back, baby! We all look forward to the best Sunday of the year, when we get an extra hour of sleep that we could've gotten just by going to bed a little earlier than usual.

Yeah, yeah, we know. Summer bodies are made in winter. But guess what? It's not winter yet. We get a little grace period to enjoy pumpkin stuff and Cadbury Screme Eggs.

This can sometimes be on par with apple picking in terms of millennials who just want Instagram pics, but it can also be a great way to exercise, spend time with friends, and check out all that fall foliage.

In the summer, there's pressure to squeeze in as much activity as you can. If you spend a day inside, you end up feeling guilty. But not in the autumn. Chilly days are basically made for snuggling up with a book or a movie under a blanket, sometimes venturing out only for another chai latte.

Shoutout to people who live somewhere warm and miss out on many of the benefits of fall. They might miss the full autumn experience, but they can still turn the AC up high and light a pumpkin candle and hang some leaves around inside and use their best imagination.