Retro Trends That Are Making a Comeback Thanks to VSCO Girls

Alex Shea
Retro Trends That Are Making a Comeback Thanks to VSCO Girls October 31, 2019Leave a comment 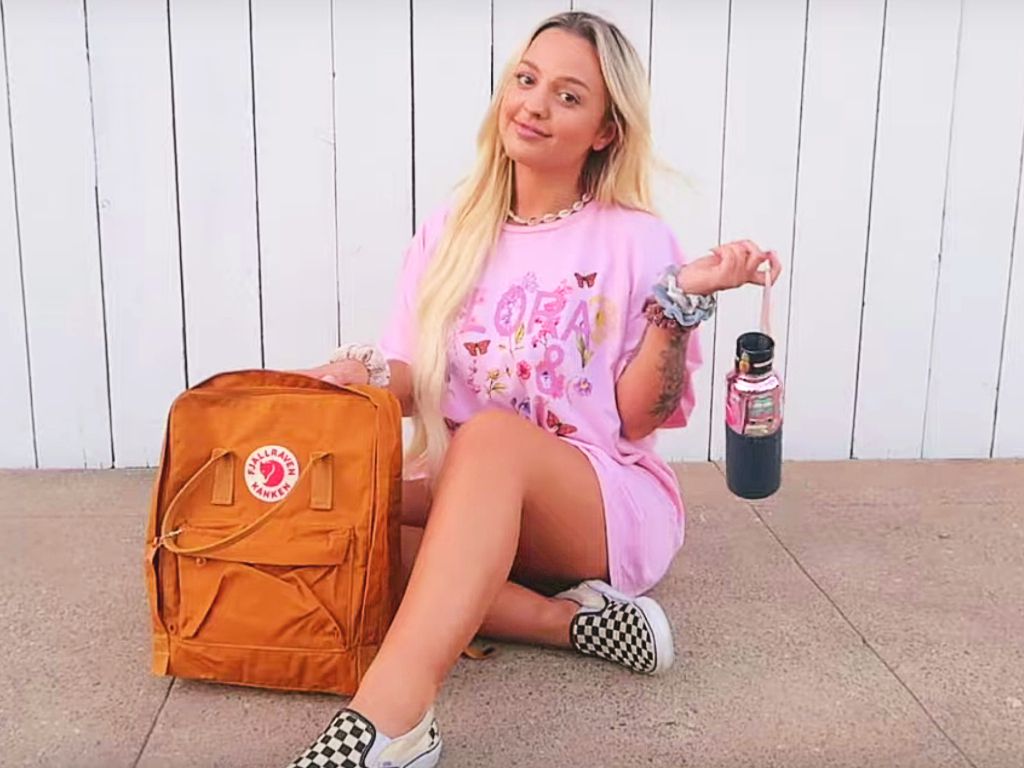 Sometimes, it's hard to let go of the past— so, we don't. We created a list of trends that have made their way back to popularity and some that never quite left but were redesigned. Spot how many of these trends you're currently a part of yourself. You may be a VSCO girl and not even know it!

One aspect of the '90s that’s really coming back in full-swing are scrunchies. Those fun elastic hair-ties covered with an assortment of colors seemed to lose their touch for a decade, being deemed uncool to wear. Thanks to the ever popular VSCO girl aesthetic, scrunchies are trendy again. But honestly, did they ever truly leave our accessory bins?

Yes, the haircut your mom gave you. Although bowl cuts were mainly popular in the 1980s, this haircut never left and we're not entirely sure it was ever truly trendy until recently. Celebrities like Timothee Chalamet and Charlize Theron have been rocking this hairstyle in 2019 and making it look good enough to go out and buy a bowl for ourselves.

The term "salty" originated in 1938, meaning "cranky" or "feisty." It's linked to descriptions of sailors as being hotheaded. The present day use of the term is primarily to call out when someone really looks like they're "over it" or are acting defensive.

Popular in the 1980s, fanny packs have had their fair share of faux resurgence— fizzling out before picking up enough momentum. For the last few years, fanny packs have been seen on runways and the streets again, this time with a newfound love that doesn't seem to be fizzling out any time soon. Give these "waist-bags" their credit, practical and convenient and now with high-fashion status.

Another incredibly widespread culture trend currently going on involves e-girls. Like the name suggests, they coined their name from their star-status on the internet. Their brightly colored hair resembles the “scene” epidemic of the early 2000s, but there’s a way more positive connotation to it now.

Another trend e-girl culture is bringing back is faux beauty marks. Originally used by superstars like Marilyn Monroe in the 1950s, faux beauty marks represented the peak of sexuality. Everyone wanted them and now everyone wants them again, but not just in the form of natural beauty marks like moles and freckles. People are putting hearts and stars on their faces, too. Or if you're lazy, just pop on an Instagram filter.

Grandparents never fail to make a joke about ripped jeans— they will always make the opportunity. Parents do, too, but maybe understand it since ripped jeans became popular in the 1980s. We all buy jeans that already have the knees blown out rather than doing it ourselves.

Crop tops aka half-shirts were popular to wear in the 1990s with loose-fitting bottoms. From members of TLC and “Fresh-Prince’s” Will Smith, crop tops were the best way to show a little midriff. These half-shirts are definitely making their way into closets again and seem to always show up just when we're happy that they're gone.

Ariana Grande has made this 1990s hair accessory all the rage. She's even added her own twist to the beloved snap-clip by incorporating them in her infamous high pony-tail. Solange has been seen adding snap-clips to her hairstyles, too.

Mom jeans are probably the most popular jeans at the moment right under ripped-jeans. They made their debut in the 1990s when lower rise jeans became cool again. After a decade of uncoolness, trendy young women in the VSCO aesthetic are giving mom jeans a nice little renaissance.

Chunky soles are incredibly popular in our society— again. While some know them by the term "chunky", they're also known as "platforms." And there’s a resurgence of Baby Spice-like chunky sandals and the topical “dad trainer” from the 1990s. But just because it’s trending again doesn’t mean it actually looks good.

Chokers were all the rage in the '90s and they regained their popularity in the mid 2010s as an everyday go-to accessory. Dressing up a casual outfit with a choker became the thing to do from 2011 - 2016. But, the dressy choker is not so hot now.

Another jean-favorite of ours right now comes from the 1960s: bell-bottoms. Bell-Bottoms are also known as flared-jeans or wide-leg jeans. With the newest Tommy Hilfigure collection designed by Zendaya, flared-jeans are definitely on the rise again.

Since the creation of the first mobile phone in 1983, the size of mobile phones was at a steady decline. The Razor, the Blackberry, and the iPhone were all significantly smaller than the first block of a cell-phone. Fast-forward to the present day, cell-phones are huge again. iPhone and Samsung have convinced us all larger phones are better. Have you seen the iPhone 11 or the Galaxy S10? Unreasonably massive.

We all know the beloved Nintendo 64 of the late '90s - early '00s. It's come back with a modern flair— the Nintendo Switch. We get to keep everything we loved about the 64 and enjoy the benefits of modern-age technology by no longer being confined to the space next to your wall outlet.

Initiated by Madonna in the 1980s, lingerie as outerwear became a staple for many young women's closets. To this day, wearing silk camisoles with your denim is the most casual way to give your outfit a seductive flair. Of course, you can find expensive teddies and camisoles in stores, but the real vintage gems are in your local thrift store.

Round-framed glasses were all the rage in the 1920s. They lasted for 3 decades before being replaced with a different frame. Musicians like Janis Joplin and John Lennon really brought these vintage round-framed glasses back with a bang during the flower-power period of the '70s. They haven't left since and now they're way lighter than those frames of the 1920s.

Ah, the disposal camera. They were popular in the '90s before the innovation of digital cameras became mainstream and everyone traded their 35mm film for a USB cord. Although they still sell disposable cameras in-store and online, there's still competition. But now there are apps that emulate a disposable camera, giving you similar effects of a disposable photo with the ease of using the cell phone you're already glued to.

Instagram-famous models and actors are not the ones that invented this modern-day trend. Celebrities like Princess Diana and Demi Moore were known for including bike shorts into their wardrobe in the 1980s. They weren't and aren't the easiest trend to style. But thanks to present-day celebrities like Gigi and Bella Hadid, bike shorts are slowly making a name for themselves— again.

Faded haircuts originated in the 1950s as military haircuts. But the edgier fade we all know today was made popular by barbers in the 1980s, which became a golden-age for the fade. It was a popular haircut for men during that time, but has become popular with women today, too. We see you, Halsey.

Another piece of technology that's made a comeback is the ever-popular Polaroid camera of the 1970s. The craving for "old" technology in the past 5 years might explain why the nostalgia associated with instant cameras is so strong. Most recently, on the Polaroid camera's 80th birthday, the OneStep2 came out, which is a modern take on the beloved Polaroid camera we all know and love.

Typewriters were popular in the mid-1880s. Of course, they were the main form of typography a the time. Either way, with the invention of the computer and then laptops, using a typewriter didn't seem too necessary anymore to get a message out. Within the last 5-years, there have been countless Instagram-famous writers and authors who have posted the occasional photograph of their typewriter— fueling the fire. Vintage typing material goes a long way when it comes to clout in the social media world.

Another incredibly popular trend of the 1990s that's made a recent comeback into our closets are bandanas. But this trend extends far beyond the 1990s to the 1940s, when women wore them as fashion statements. Then in the 1990s, celebrities like Aaliyah and Justin Timberlake made bandana handkerchiefs look so amazing and effortless, everyone had to do it. The bandana trend might have fallen off for a decade, but it came back in 2016 with the promise of being fashionable even on your laziest days.

Making their mark for artistry in the 1900s, Millenials are getting the hint that streaming everything isn't as great as advertisers would like them to believe. Out of all of the non-fashion trends, vinyl records has got to be the most widespread. There are plenty of record shops still open despite our digitized state!