Camila Villafane
This Rusty Pocket Knife Restoration Proves Nothing’s Junk If You Work for It May 8, 2019Leave a comment 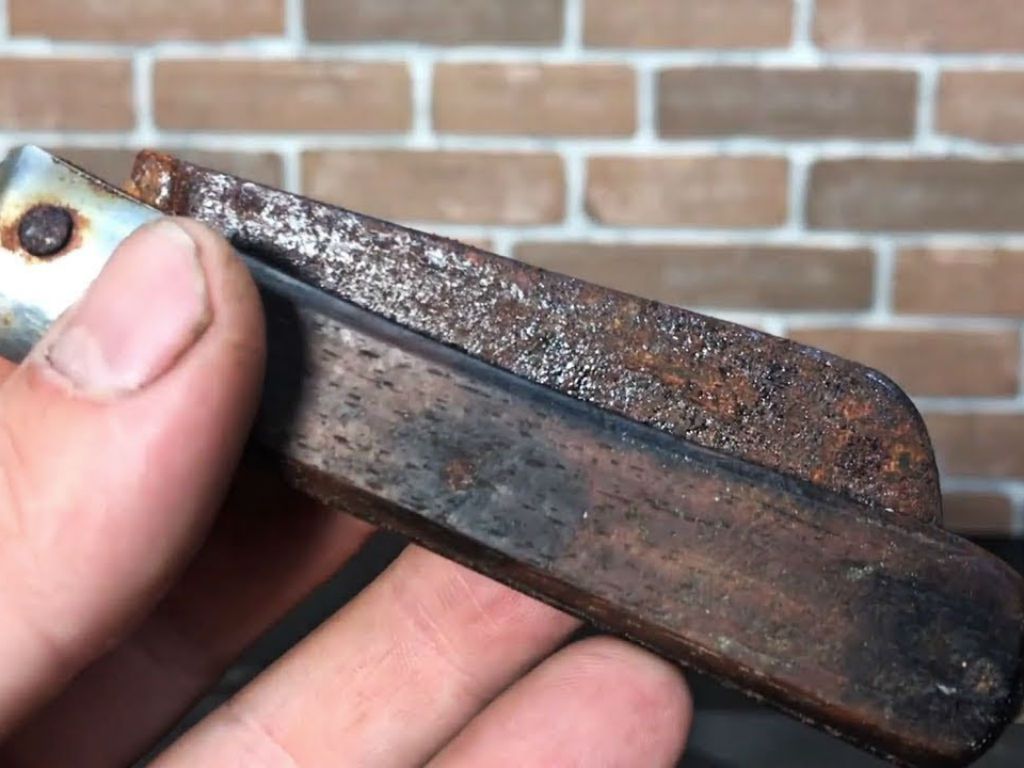 Have you ever owned something in such bad shape that it was beyond saving? You probably threw it away and bought a new one. There's no shame in that. But the thriftiest and handiest people among us are different. There's nothing so broken that they can't restore it with enough know-how and elbow grease...

A Knife That Had Seen Better Days

This pocket knife was old and damaged seemingly beyond repair. The handle was rotted and the blade looked completely rusted. But just because something’s old, it doesn’t mean you have to throw it away...

He Was on a Restoration Mission

There was still hope for this rusty old pocket knife, so this YouTuber set out on a mission to perform the ultimate rusty pocket knife restoration anyone had ever seen. But could he pull it off?

Had He Met His Match?

The man may not be a master of any particular craft, but fixing things and learning new things along the way is always so much fun. But had he met his ultimate match with this latest endeavor? After all, the knife seemed to be in pretty bad shape...

As he twirls the pocket knife around in his hand, it becomes clear that this knife couldn’t cut through butter. Would the blade even close the way it was originally designed to do?

Folding It Was a Challenge

You could almost hear the scratching sound the hinges made as the man tried to fold the pocket knife. It seemed like he would need to do a ton of work before this knife could be restored to its former glory...

He Had to Free the Screw

The man started his restoration DIY project by taking a sander to the screw in the middle to loosen it. Then, with a metal pick and a hammer, he pried off the metal encasing the screw. But that was only the beginning...

He Tore It Apart

He continued hammering the screw until he was able to remove it. But he still had a long way to go. The man went on to tear apart the rotted wooden casing on the handle that was also part of the housing for the blade when it was retracted.

The Pins Were in the Way

Every bit of the pocket knife was in terrible condition, but this restorer’s determination never wavered. He sanded the pins on the metal part of the handle, hammered them, and removed them with pliers.

He Had It All Laid Out

Now that he had all the pieces of the rusty pocket knife laid out, the real work was ready to begin. His next step was sticking a thin piece of metal between the knife’s housing and hammering the exterior...

It Was Very Superficial

Then he used a handheld sander to remove the rust from the casing. Just like that, the rust went away. All that gunk was a lot more superficial than it looked. He gave the other pieces the same treatment, which they needed badly...

Now You See It, Now You Don’t

He took the other pieces and used the sander to remove their rust too. Watching the rust come off is like witnessing magic. In the blink of an eye, what once was old became like new again.

Even the Indentation Got Some Love

The man used a thin sanding needle to get rid of the rust that had encrusted the folding blade's fingernail groove. After that, he gave all sides of the blade an additional sanding by hand.

The blade looked silver and shiny like the day it was bought. The restorer used a towel to clean off residual rust particles left behind from the sanding process. He could literally see the reflection of his fingers on the blade's surface.

Now it was time to give the interior of the casing some TLC. The next bit of work was too detailed for a sander, so the restorer wrapped sandpaper around a thin metal piece and slid it between the casing to sand it.

He left no inch of the knife's metal unsanded. He even sanded and polished the screw casings that held the screw in place at the center of the knife. But he wasn’t done just yet...

He Traced an Outline

The knife's original handle really had been too old and rotten to save. But the restorer was more than capable of crafting a new handle out of a fresh piece of wood. The first step was tracing the shape of the handle...

Two on Each Side

He sanded two identical pieces of wood with a sanding belt. Once he was satisfied, he attached two-sided adhesive tape to the metal casing. But this had to be done in four places, two on each side.

Metal and Wood Get Divorced

Once he attached the pieces of wood on each side of the metal casing, he used a hand sander to even out any imperfections. Then he used the screw casings to draw a line with a pencil and pulled the wood and residual adhesive from the metal casing.

Everything Had to Fit

He used the pencil-drawn outline as a guide to cut the wooden pieces with a handsaw. Then he sanded the newly cut edges of the wood and checked to make sure that all the pieces fit together, which they did.

He Prepped It for the Wooden Casing

Now he had to re-attach the blade and the metal casing by hammering the tiny pins in. He also made sure the knife opened and closed. Then he attached the remaining pins on the knife’s metal casing and cut and hammered anything extra that was sticking out so the wooden casing would fit.

He Made Pin Impressions on the Wood

He hammered the wooden pieces onto the metal casing to make an impression of the pin. Then he used a pencil to outline the indentations so he could drill the holes out.

Using a tiny metal hand scooper, he created bigger indentations on each side of the wooden pieces. Then he mixed some adhesive and smeared it on the metal casing like bread on butter and attached the wooden pieces.

It Was Missing Something

To ensure the knife had no flaws, the man did some last-minute sanding on the wooden casing. But it was still missing something. So he used a blow torch to give the wood a dark, natural finish.

He Put It to the Test

He also used a whetstone to finish sharpening the blade of the pocket knife. Then he tested it out on a piece of paper. The freshly restored blade, which had recently looked rusted beyond redemption, sliced through the paper with ease.

With the help of a power file, cordless drill, rotary tool and sanding instruments, this restorer was able to achieve an amazing restoration of a pocket knife most people would've considered hopelessly corroded. Hopefully, it will last a while... until the next guy finds it and restores it.

To see the whole restoration from start to finish, watch the video right here.