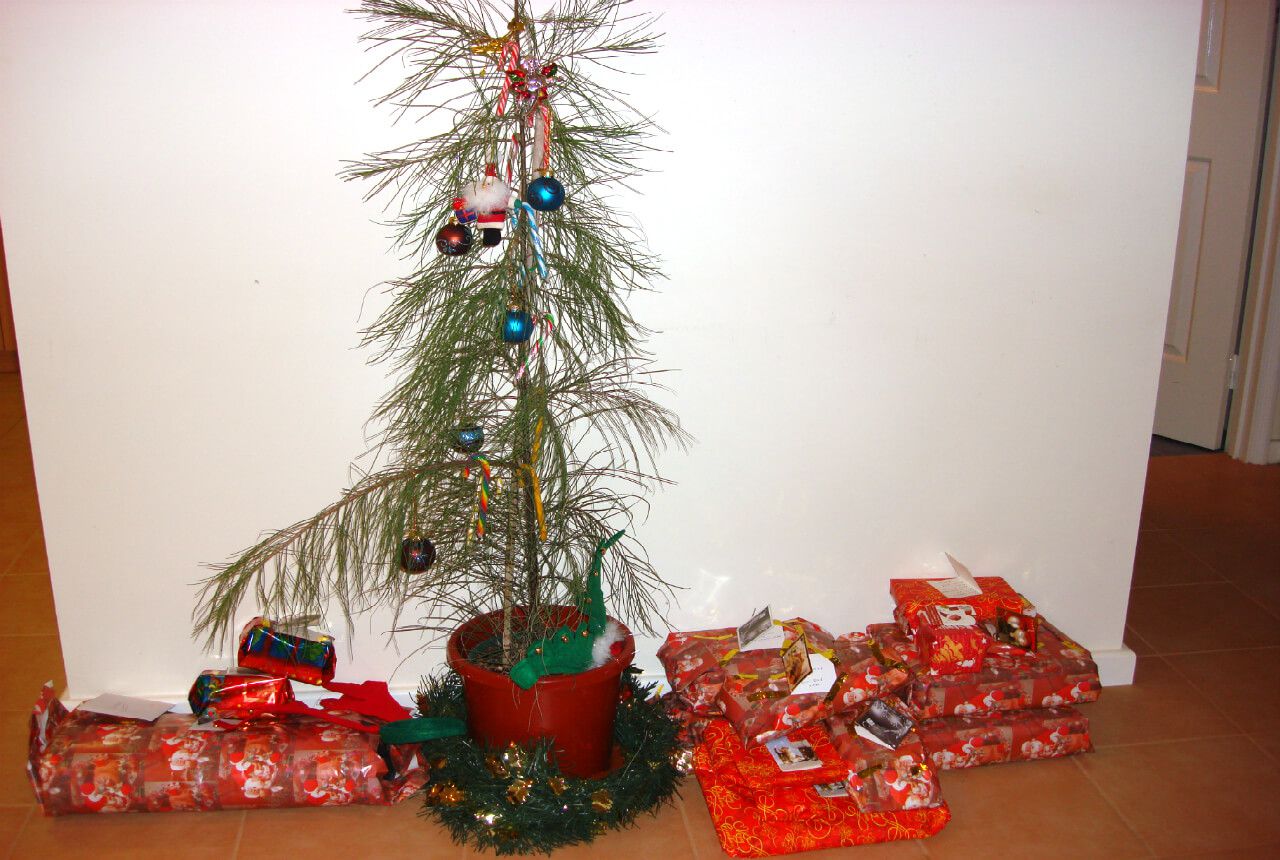 Sad Christmas trees make the holidays that much more depressing. They're usually the best efforts of people just trying their best. But they're still pretty depressing for Christmas trees. They look so deflated. And like they've pretty much given up on living altogether. Seems like these trees have withdrawn from their friends and spend their days watching Steve Harvey on TV while drinking heavily. All of these Christmas trees look like you just told them that Santa Claus isn't real. So here are the saddest, most depressing Christmas trees that people have bothered to take pictures of for some reason.

This Tree That Just Got Dumped

It looks like it just got out of a three-year relationship and saw an Instagram of its ex hiking with a new person like only two weeks after they broke up.

The Embarrassment Of Mottram Christmas Tree

Okay so this tree actually has an entire Facebook group about it called "The Embarrassment Of Mottram Christmas Tree" and their description reads: "A place for members past and present of Mottram community to air their anger and views about the size and quality of the Christmas Tree - we BELIEVE we deserve bigger and better!!!

This Bedroom Tree That Looks Like It Just Survived A Tornado

If this were a person their clothes would be all torn. The tree even looks like it's making a last-ditch effort to reach the door to its home before finally collapsing.

This Cone Weed Tree That Took Over A Small Town

You really need the headline in there. The headline totally makes it. I wonder what's in the presents.

This Looks More Like A Prank Than Anything Else

Like if elves were real, this is the kind of pranks they would pull.

This Tree That Looks Like It Came Home WAY Too Drunk

This tree knocked over the other plants in the house and is slurring about how it's now the main "tree in the house," and that you better "stop challenging" it or "you don't know" what's going to happen.

This Mountain Of Garbage Meant To Be A Tree

SOME GUY: Let's make a bunch of kids clean up our town and then let's show the town how much trash they had lying around the streets during Christmas. And we'll make it a "tree." Make everyone feel real bad and like they live at a landfill.

This Man Is Real Proud Of Himself

Can Christmas trees melt? I guess maybe they can. This is probably proof. R.I.P. that carpet too.

This Is Pretty Clever, But Probably Made The Kids Cry

This Pathetic Christmas Tree In The Middle Of A City

The use of the word "behold" here actually made me laugh for a solid two minutes.

Look at that tree. It is obviously named Janice. And Janice's divorce is not mixing well with the all-vodka Dixie cup she just poured herself.

This One Town Was Plagued With A Fake Tree

This town had to fight for any Christmas tree at all and their "council" erected a tree with fake branches and it looks really, really pathetic. Some towns make a big deal out of this kind of stuff.

What Is This Even Made Out Of?

I would legitimately like an answer to this question. Also WTF is this office? Their "Getting To Know Us" board is bone dry and the main decoration they have is a large photograph of a bat coming right at you.

Give Oakham The Christmas Tree It Deserves

This tree has an entire Facebook group about it and it's called "Give Oakham The Christmas Tree It Deserves." Its "About" reads: "The aim of this page is to bring attention to the annual embarrassment that is Oakham's Christmas Tree. The tree looks awful and Oakham deserves better."

Short people with no ladder had to probably throw that tinsel as far as they could and this is as good as it got. Notice the lack of ornaments on the higher portions of the tree. I am short, so I know what I'm talking about.

At least someone, somewhere, tried.

These Three Christmas Trees Had A CRAZY Night

The one by the trash can has the most to explain to their friends and family, but the one toppled over in front of the building won't even remember this morning.

It'd be great if the hours on the posted sign were the only times which people were even allowed to look at the "Christmas tree."

NO LOOKING AT OR TOUCHING THIS CHRISTMAS TREE

I know there's a health-and-safety standard that makes it so that public Christmas trees have to have this kind of thing around them, but man does it make them look like prisoners every time. The sad part is that this tree is fine; it's just trapped.

This Tree Which Looks Impossible To Plug In

"Just cover it in reindeer lights. Don't turn them on and let's photograph it in florescent lighting too. No just leave your fleece on the floor. Perfect. Let's post it."

Obviously, this is a tribute to Charlie Brown's pathetic tree. But that doesn't really explain why anyone would choose to display it.

These are always so sad-looking. It's like watching a tiger pace at the zoo.

Are those poppers on the tree? Is this tree just three ornaments, the thinnest tinsel known to man, and, like, two poppers? How do you even find a stand for this?

This is what happens when the people constructing the Christmas tree cage are tasked with decorating the actual tree.

This tree belongs to a person on Instagram named Lily and she is fooling no one.

Why Do So Many People Like To Do Toilet Paper?

At least that Elf on the Shelf seems to be having a nice time. But what a waste of toilet paper. Those offputting Charmin bears would be so disappointed.

This will go up in flames and ruin their perfectly good Kid Robot toys and Russian dolls.