Sophie Dunne
Secrets Inside the Apartment That Hadn’t Been Lived In Since the 1940s April 20, 2020Leave a comment 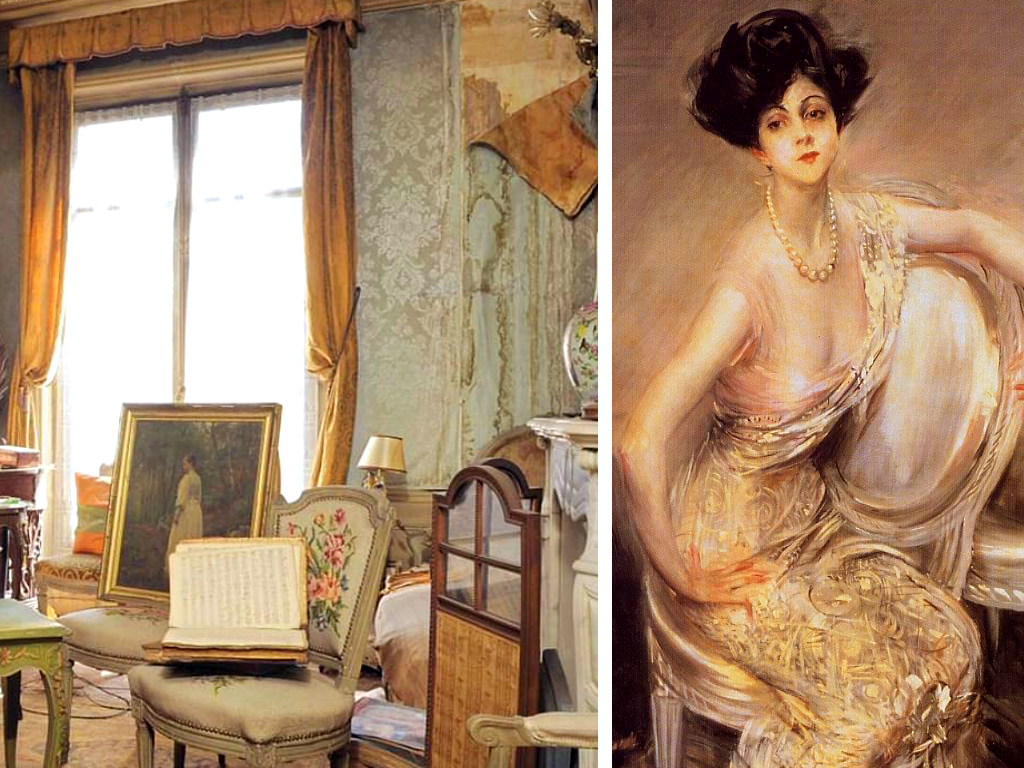 In 2010, a boujee apartment in Paris came under investigation after rent was left unpaid due to the death of the owner. When investigators entered the unit for an inspection, they found all the contents left untouched and realized the apartment hadn't been lived in since World War II...

Who Owned the Apartment?

Marthe de Florian was a French courtesan born in 1864 who belonged to a class of women on the fringe of respectable society, and the owner of the untouched apartment. She lived a lavish, untraditional lifestyle and was the definition of an elite escort.

In the 19th century, French demimondaines (elite prostitutes) were associated with their fancy apartments, high-end couture, gambling and wealthy lovers. De Florian's apartment was situated close to the infamous Pigalle Red Light District area, a popular address for the Belle Époque (Beautiful Age) demimondaines. The high-profiled owner of the apartment lived there until her death in 1939.

Her Granddaughter Was the Last to Live in the Apartment

After de Florian's death, the apartment was occupied by her granddaughter, known as Madame de Florian, a playwright who used the pseudonym "Solange Beldo." However, when the Nazis invaded France in 1940, Madame de Florian fled to the South of France.

She Left Behind All of Her Belongings

Madame de Florian fled her city of Paris to escape the Nazi occupation. She hastily left behind all of her personal belongings inside the apartment just as they were, only to be revisited again 70 years later...

The Apartment Was a Time Machine

Very few people were aware of the apartment that was left to Madame de Florian. Keeping it a secret in an effort to protect her family's possessions, she continued to pay rent and other expenses up until her death in 2010 at the age of 91.

The Dècor Was Kept the Same Since the 19th Century

After her death, it was agreed that a team of experts would investigate the apartment for evaluation as well as any assets. What they found inside was a glimpse into the past of 19th century Paris.

As the team of investigators, led by auctioneer Olivier Choppin-Janvry, turned the key to the front door they were knocked over. They had walked into an apartment frozen in time. The team discovered an array of expensive artworks and precious relics bringing them face to face with the Belle Époque era.

It Was a Wealthy Home

It was obvious the homeowners had a strong passion for art and literature as the whole apartment oozed sophistication and elegance, with all of its beautiful furnishings and enchanting 19th century dècor.

Its Furnishings Dated Back More Than 100 Years

Although the apartment was lived in during the 1940s, the team of experts noticed distinct features of the Belle Époque era in every room of the apartment. The dècor was still the same as how Marthe de Florian kept it during the 19th century.

A Painting of the Owner Was Discovered

During their investigation of the apartment, the team uncovered a seductive painting of the original owner, Marthe de Florian in a satin gown. The painting immediately piqued the interest of the investigators who knew they had come across something of great value.

It Was Painted By a Famous 19th Century Artist

The valuable painting turned out to be the creation of the famous Italian artist Giovanni Boldini, who de Florian allegedly had an affair with. The painting was later sold at auction for $3.4 million.

They Found Love Letters From Her Many Lovers

Love letters were also discovered by the team of investigators, bound together in different colored ribbons. They noticed that the ribbons were color-coded for each of de Florian’s lovers. She was quite the popular woman amongst wealthy men during the Belle Époque period.

The Apartment Was Architecturally Stunning

The team of experts who investigated the apartment explained how the tall windows lit up the whole apartment back in the day with natural light, and the thick curtains sheltered it during the host's elaborate parties. This gives us a greater picture of how life was lived in the home of a 19th century demimondaine.

Elite demimondaines back in the 19th were often upper class women who were financed by wealthy men. They lived luxurious lives in even more luxurious homes and were often the hosts of many entertaining parties.

Still decorated from a time when her courtesan grandmother lived there, Madame de Florian’s belongings were sitting untouched and waiting for her as if she had just left them.

Although covered in dust, 23-year-old Madame de Florian's vanity mirror looked as if she had just walked away from it. Her dressing table was even complete with lotions, perfumes and hair brushes that hadn't been touched since 1940.

Taxidermy Was Associated With Class

Inside the lavish Belle Époque apartment was a large taxidermy ostrich which was a symbol of status for high-profiled families. The stuffed bird demonstrated to the investigators just how elite the de Florian family really was.

The Owners Were Stylish and Sophisticated

From walking into the apartment, the team could immediately sense the elegance and high class that the previous owner was associated with. Everything within the apartment emphasized the style and sophistication of the society that Madame de Florian and her grandmother, Marthe de Florian belonged to.

There Were Even Dust Covered Stuffed Animals

A vintage Mickey Mouse and Porky Pig were among the items found in the old apartment. Madame de Florian had no children during the time she lived there, so it's unclear as to who they belonged to, or perhaps they were simply just a fun fair prize!

Reading Works of Literature Was the Norm

Being up to date with the latest literature was the norm during the Belle Époque era in France. People of social and cultural eliteness always had their homes filled with the world's best works of art. No doubt, Marthe de Florian hosted parties with distinguished artists and novelists as her guests.

The deserted Parisian apartment, owned by the de Florian family, was once an entertainment hub for wealthy men and women who enjoyed extravagant parties. The most charming dresses were found lifeless in the old closets along with drawers of expensive jewelry, fragrances, and outfits of upper-class women.

The Bedroom Looked As If Someone Still Lived There

A beautifully decorated bedroom was also found frozen in time by the team of investigators. The bed was neatly made and waiting for its owner to return, with candle sticks and hand painted vases standing idle on a dresser.

The Apartment Was a Time Capsule

Stumbling across this bedroom, it was strange for the team to be standing in a room that felt as if were still occupied by the high-profiled demimondaine...

According to one member of the team, it was “like stumbling into the castle of Sleeping Beauty,” where all of its poise and charm remained undisturbed for 70 years, although it was decorated and styled from an era even long before that.

The Tragedy of the War Brought Us Closer to History

World War II brought so much damage and tragedy to Paris after the Nazi invasion. However, within its tragedy, it left us hidden gems like this rare untouched apartment that bring us up close and personal with times gone by.