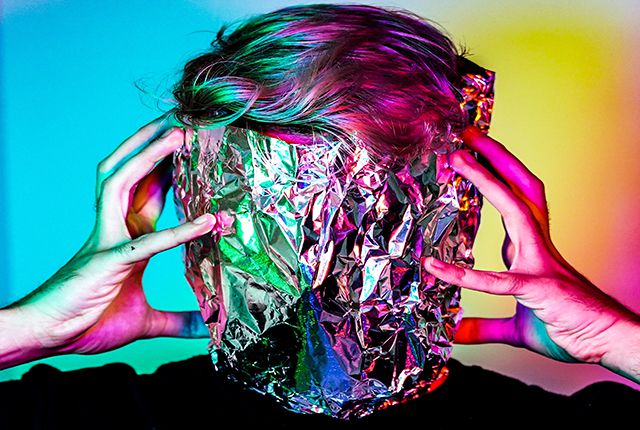 You shouldn't believe everything you read. But you also shouldn't dismiss everything that seems like it can't be true. Because these 25 seemingly bogus facts are totally true. Yet some of the explanations behind them are baffling...

The CIA spent $20 million to surgically implant eavesdropping devices in cats and then drop them off near the Soviet embassies. Rumors claim that the first cat met an untimely end, but the CIA claims that the device was removed and it lived a long natural life.

Fact: The U.S. government paid a scientist to invent and get high on molly.

The DEA paid the late chemist Alexander Shulgin to legally synthesize a controlled substance called MDMA. Then they had him trip on it. So he wasn’t just high on life, but high on the job as well.

Fact: Nikola Tesla fell in love with a pigeon.

Nikola Tesla was an electrical and mechanical genius. But he allegedly wrote that he loved a pigeon the way a man loves a woman. He also believed that the pigeon loved him back, which gave his life meaning.

Fact: A pilot was sucked halfway out of a jetliner's window and survived.

Flight attendant Nigel Ogden held onto a captain’s belt when a window blew out in the cockpit of British Airways flight 5390. This was fortunate for him because the plane was flying at an altitude of 17,000 feet, yet somehow, everybody involved managed to survive.

Do you ever wonder where you tax dollars go. Partly, they go to the United States Navy. And the Navy spends $14 million a year to train dolphins in military combat. The Pentagon is willing to back the project financially until 2020. Way to get PETA's panties in a twist, guys.

Fact: The most venomous animal in the world is a snail.

The geographic cone snail, found in Australia, contains a toxin that’s so powerful, it can paralyze any prey, fish or human. And there’s no anti-venom available. But a person can be placed on life support until the body flushes out the toxin naturally.

Humans can breathe certain liquids known as perfluorocarbons. In lieu of air, the lungs are filled with this special liquid, which is said to act as an anti-inflammatory. But you still can’t jump in the pool and breathe like Aquaman. Guess we won't be moving to the deep end of the ocean anytime soon. Bummer.

Fact: Placebos work even if you know they're placebos.

If you thought that a placebo wouldn’t work if you knew it was fake, guess again. As long as the symptoms are defined by self-observation, like pain and nausea, you can still get a placebo response to relieve your symptoms.

Fact: The Eiffel Tower leans away from the sun.

The Eiffel Tower moves. When the sun hits the metal, it starts to expand. This causes the top of the Eiffel Tower to lean away from the sun’s ray. It can actually move as much as 7 inches, which is why most people don’t even notice it.

Fact: The CIA wanted to blame Cuba for terrorist attacks.

The CIA wanted to blame Cuba for hijackings and bombings that were all planned and executed by — wait for it — the United States government. Not only that, but they even created false evidence to make it seem like Cuba was a genuine worldwide threat.

Fact: You can readjust crystals in your ear to stop nausea.

The next time you’re feeling nauseous, try to readjust the calcium crystals in your inner ear. These crystals deposit in the surrounding tissues, which can cause inflammation and nausea. But a series of head movements will do the trick just right.

Fact: Craftsman tools really do have a lifetime warranty.

If you happen to find an old Craftsman tool in your dad or grandpa’s garage, contact Craftsman right away. There’s a good chance that they’ll replace it with a brand new one. This doesn’t work for all products, though, so you might want to check the warranty.

Fact: Male octopuses detach their penises to have sex.

Some seemingly bogus facts are totally true, even if they sound like a bad science fiction movie. Take the male octopuss for example. Seems like a pretty chill creature, except, there's something you probably don't know about this little guy. Apparently, male octopuses dismember their penis and throw it at a female octopus so she can complete the reproductive process. It sounds like reproduction is a one-time thing for a male octopus.

Phytoplankton produces anywhere from 50 to 85 percent of the world’s oxygen. It’s a byproduct of photosynthesis. And here you thought that trees were the main oxygen providers for our planet.

Every U.S. state is holding out on you when it comes to money. There are tons of unclaimed funds, and you probably have some too. But you can check here, and if you're lucky, you might get the chance to go out and buy yourself something nice.

If a human and a horse were to run a race, it would seem as though the horse would have the ultimate advantage. But in a 26.2-mile marathon, the human would be able to outrun a horse on a hot day. Apparently, humans are built to outrun pretty much any animal, thanks to our ability to stay cool even though we're running long distance. But most animals would simply overheart.

Ambassador Abba Eban once approached Albert Einstein and asked him if he would consider accepting an offer to become the president of Israel. But Einstein turned him down. But where would Israel be today had Einstein accepted that job offer?

John Wilkes Booth cut Abraham Lincoln’s life short, but Booth’s brother, Edwin Booth, saved the life of Lincoln’s eldest son, Robert Todd Lincoln. Both men were on a train platform when Lincoln lost his footing. Fortunately, Booth grabbed him by the collar and pulled him out of harm’s way.

There’s a cloud in space approximately 6,500 light years way, and this cloud is made up of alcohol. But even if you could fly a shuttle there, you couldn’t drink from it. Because it contains methyl alcohol, which is undrinkable.

Alexander Bain had worked on the first fax machine between 1843 and 1846. Using two synchronized pendulums and a clock, he was able to motion scan a message line by line. And you thought faxes were a modern invention.

Soviets put explosives on dogs and trained them to dive under and explode enemy tanks. It was a stupid plan because, unlike the tanks the dogs trained with, actual enemy tanks shot back, which scared the dogs and sent them running right back to their own side, literally blowing up in the Soviets' faces.

Fact: Birds and crocodiles are pretty much the same thing.

Birds and crocodiles don’t have a lot in common, but they do have the same genome. Birds and crocs share the same ancestor that roamed the Earth about 240 million years ago.

Fact: The word ewok is never spoken in Return of the Jedi

The word "ewok" was seen during the end credits of "Return of the Jedi." But the name itself was not otherwise spoken in any scene in the movie. The name was inspired by the Miwok Native American tribe who lived in the Redwood forest where the Ewok scenes were filmed.

Fact: Humans glow in the dark.

Some seemingly bogus facts are totally true and will leave you glowing. It turns out that humans are bioluminescent. But the light is so weak that human eyes are incapable of picking it up. Isn't that ironic? Don't you think?