The Women Who Loved the World’s Most Notorious Serial Killers

Camila Villafane
The Women Who Loved the World’s Most Notorious Serial Killers August 29, 2019Leave a comment 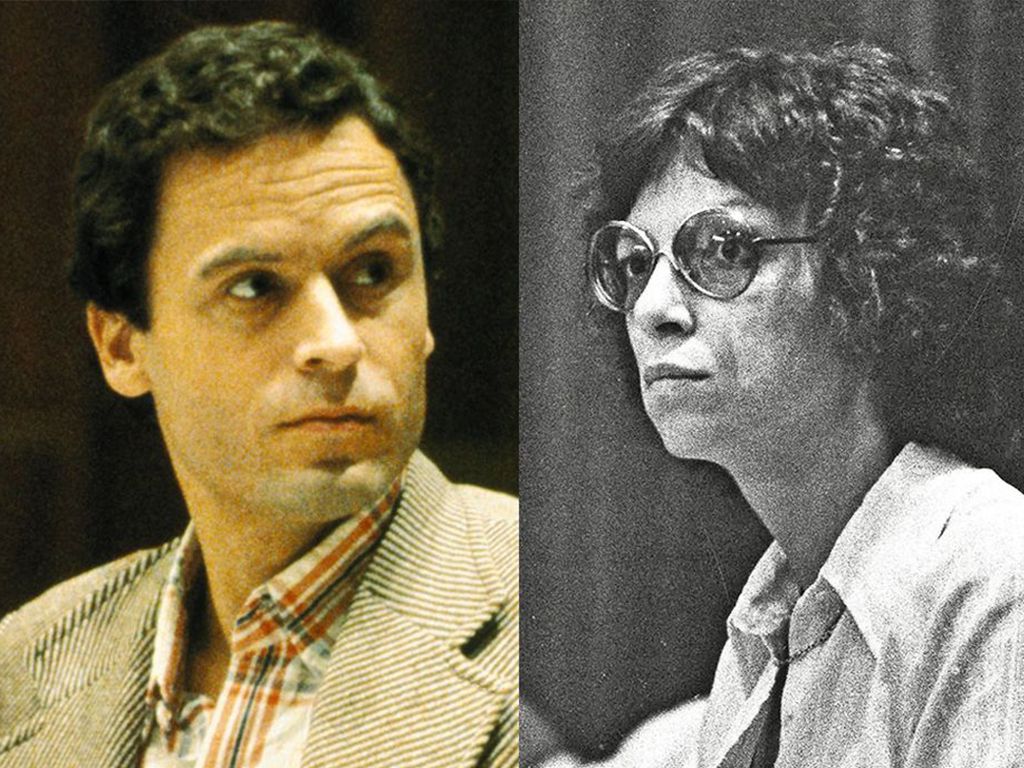 You hear about murderers in the news all the time, but unless you've been on the other side of a disturbed mind's rage, you never got to interact with them in person. Believe it or not, these disturbed individuals had fulfilling love lives at one point in their lives. Meet the unsuspecting people who dated or even married serial killers...

Holly Eudy dated real estate broker and monster Todd Kohlhepp for ten years. She knew there was something off about him, but never imagined he was the South Carolina serial killer who had killed 7 people and locked up a woman in a shipping container.

Eudy claimed Kohlhepp treated her like she was the center of his universe. But she had no idea he had kidnapped a woman named Kala Brown and kept her chained in a storage container. Kohlhepp had previously been in prison for assaulting a 14-year-old girl in 1986.

Elizabeth Kloepfer met Ted Bundy in a bar in Seattle, Washington in 1969. They became a couple shortly after. From that moment on, she swore that he was really good at taking care of her. Although his feelings were inconsistent, the two got married in 1970.

In 1974, reports of the assault and murder of two women as well as eyewitness accounts made Kloepfer suspicious of Bundy. But she refused to believe the rumors were true until the evidence was so obvious, it was hard to deny the gruesome truth. She eventually went to the cops in an attempt to turn him in.

Bundy's first serious girlfriend was Diane Marjorie Jean Edwards, a student at the University of Washington in 1967. After Bundy failed to get into prestigious law schools, their relationship nosedived. She was a gal of high social standing, and he felt insecure about his inability to give her the lavish lifestyle he felt she deserved. By the end of the summer of 1968, they'd split.

Linda Yates didn’t just date a serial killer. She married one (in 1976). Robert Yates was an army veteran and National Guard helicopter pilot. But Linda Yates had no idea that he would one day plead guilty to 13 murders.

Linda Yates started suspecting her husband was no ordinary guy. He would head out in the middle of the night and even returned home with the family van’s backseat drenched in blood. After his arrest, she asked him why he killed, and he didn’t say anything.

Judith Mawson dated serial killer Gary Ridgway for three years before moving in with and marrying the guy. He always put a smile on her face and had a “work-related” excuse as to why he often had to leave the house so late at night.

Mawson didn’t know that Gary Ridgway was none other than "The Green River Killer." He confessed to killing over 71 people, but only 49 victims were proven to be his handy work. Ridgway allegedly strangled and dumped their bodies in remote areas between 1981 and 2001.

Dorothy Holcomb is dead now, but her death didn't come at the hands of her serial killer boyfriend, William Devin Howell. The Connecticut murderer killed seven victims in 2003. His conviction gave him six consecutive life sentences.

Although Howell was apprehended in May 2005 for his crime, Holcomb kept in touch with him until her eventual death. But while she was still around, she reportedly said the prolific murderer was a “kind-hearted giant” to her daughter before he was caught.

Mikhail Popkov, aka the Werewolf

Elena Popkova was married to ex-policeman Mikhail Popkov. Unbeknownst to her, he began "cleaning the streets" by murdering 22 women. Popkov began targetting his victims after his wife cheated on him in 1992. Elena Popkova's husband was nicknamed “The Werewolf" by the press, but she refused to buy any silver bullets just yet.

Despite the overwhelming evidence that suggested he did it, Popkova refused to believe her husband could've been a serial killer. Instead, she decided to stand by him and claimed the accusations were nothing but a bunch of "fairy tales." She told the Siberian Times, "I support him, I believe him. If he were to be released right now, I would not say a word and we would continue to live together."

Despite the fact that there was a horrible stench coming from under the house and the crawl space, Carole Hoff never suspected that her husband John Wayne Gacy was a serial killer.

John Wayne Gacy had assaulted, tortured, and murdered approximately 33 teen boys and young men in Cook County, Illinois. All of the murders took place inside his horrific Norwood Park ranch house, but Hoff was in the dark much like Gacy's innocent victims.

Dennis Rader, aka the BTK Killer

Paula Rader was stunned to learn that her husband, Dennis Rader, whom she’d been married to for 34 years was none other than the infamous BTK killer who iced 10 people between 1974 and 1991 in the Sedgwick County, Kansas area.

Aside from binding, torturing and killing his victims, Rader also worked for famous home security company, ADT for 14 years. Ironic, isn’t it? It’s shocking that his wife never realized who her husband was, not even when she was questioned about a poem he had written about murdering victim Shirley Vian Relford. After the events unraveled, she moved to Wichita where she worked as a bookkeeper at a convenience store.

Mary Elizabeth Harriman was married to Air Force colonel Russell Williams, a cross-dressing murderer who assaulted his victims before killing them. But the fact that he was a colonel in the Canadian Armed Forces might explain why she wasn’t suspicious of his secret life.

Williams was charged with two counts of first-degree murder, two counts of forcible confinement, two counts of breaking and entering, and assault. He’s in prison for life. But despite sticking by her man for a while, Harriman filed for divorce in December 2010.

Darcie Brudos was married to Jerome Brudos, the heinous serial killer and necrophile dubbed, "The Shoe Fetish Slayer." She was very apathetic about her husband's sudden fits of rage. Darcie didn't even call the cops when girls started turning up dead or even when her husband brought home an oddly-shaped mold of a breast and used it as a paperweight.

Although Darcie Brudos and Jerome Brudos seemed like the perfect couple with two children, there are rumors that she might not have been as blinded by love as she claimed. Some reports suggest she was brainwashed by her husband and may have been an accomplice in his sadistic crimes.

Juliana Baumeister met her husband Herb Baumeister while attending Indiana University in the 60s. His unsuspecting wife didn't know he used to pick up men in gay bars and bury them in their yard when she was out of town.

When cops searched the Baumeisters' 18-acre horse ranch, Fox Hollow Farms, on June 1996, they found the bodies of 11 men. But before they could apprehend the deranged serial killer, he fled and killed himself at a park. He left a suicide note, but there was no mention of any of the murders.

Sheila Andrews was looking after her aging mother when she found Canadian Elizabeth Wettlaufer on an online dating website. Wettlaufer was a nurse who also worked with the elderly at a nursing home. But she had a dark side...

By the time Andrews started dating her in June of 2009, Elizabeth Wettlaufer had killed two seniors. Once she was arrested, she was charged with four counts of attempted murder, two counts of aggravated assault, and eight counts of first-degree murder. Wettlaufer said during her confession, "Every time I walked in after somebody passed away, I always wondered if this is the day I’m going to get caught."