Stuck In The Suburbs: This Photographer Shows How The American Dream Has Shifted In The Last 20 Years

Bridget Daly
Stuck In The Suburbs: This Photographer Shows How The American Dream Has Shifted In The Last 20 Years March 30, 2018 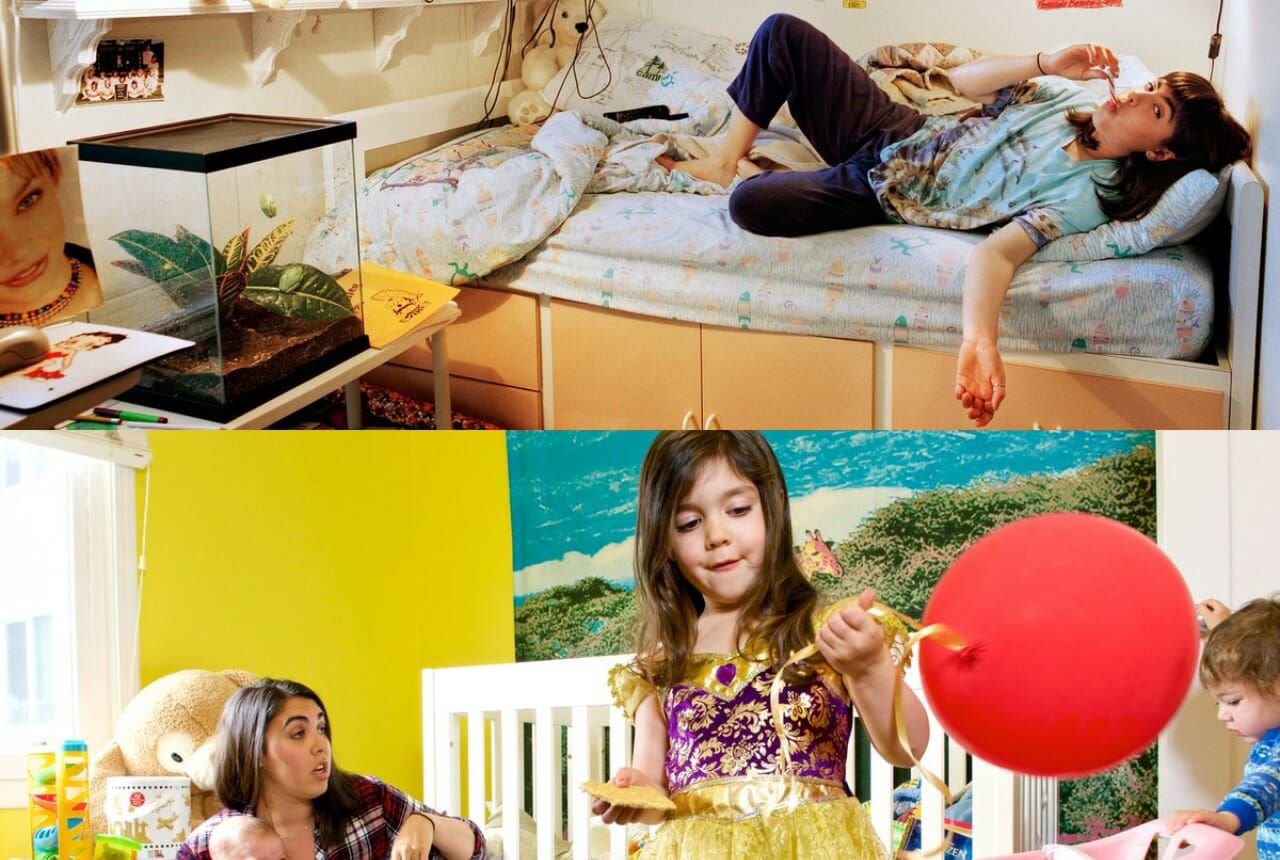 The American dream has changed. Because the fabled house in the suburbs with a white picket fence and 2.5 kids? That's in past. More than 20 years ago, photographer Beth Yarnelle Edwards started a project based in her town of San Carlos, California. It showed the dissatisfaction of folks living among the strip malls and fenced-in backyards. And now Edwards is picking up her Suburban Dreams photo series from where she left off in 1997. But she has revived the series by photographing her original subjects and showing the changes in their lives and surroundings. Because a lot changes in 20 years. And Edwards' work behind the lens shows just how malleable the American dream is.

Beth Yarnelle Edwards is a San Francisco-based photographer most famous for her Suburban Dreams project cataloguing the lives of individuals growing up in suburbia. "This population is kind of blessed," said Edwards in reference to her decision to focus on the lives of suburban individuals and their families. "This isn't how the larger population lives."

How It All Began

In 1997, Beth Yarnelle Edwards started her Suburban Dreams project in an effort to make sense of her growing disillusionment with life in the suburbs. "I felt isolated and trapped, but I realized that the people around me really loved being there," she said. After selecting her subjects, Edwards attempted to understand what suburban life meant to a wide range of inhabitants.

For Edwards, snapping real, authentic images was a vital part of the project--staying true to the individual subject while also contributing to a larger narrative. The California-based photographer made sure to interview her subjects before asking them to pose for a shot so that the images she captured rang true with their day-to-day lives. "It's really important to me that the images are authentic to what is happening in the home," she said.

For Erin, becoming a mother was the most visible change for Edwards to photograph in the two series set 20 years apart. "In the first photo, I had an average life for that time," she said. "It was all about friends and school. Now, my life is all about the children."

For sisters Niki, Rita and Lucia, family is just as important in 2017 as it was in the year 2000. "We're all located in the Bay Area but at different ends, San Francisco, Berkeley and San Jose, so it's very different from the days of living together at our parents' house in Redwood City and more difficult to get together these days with everyone's schedules," said Niki. "I feel like we're never done catching up."

For tech-fan Kyle, growing up in the shadow of Silicon Valley put him in a prime position to launch his career. "In 1997 my life was fun and free, living by the moment," he admitted. "Now it's more structured. I've graduated college and am working as an IT engineer while I try to get my startup, which I've been working on a little over a year, running."

With the kids grown and out of the house, married couple Marg and John are now enjoying their new, slowed-down pace of life. "We live in the same house today in San Carlos, California," said John. "Between the first and last photos, both of our children have moved out on their own, and our oldest, Sara, got married."

For working artist Lisette, the biggest change in her life during the 15-year-gap between Edwards' two series has been gaining some much-needed self confidence. "I wish then I had known that I was capable of taking care of myself and had felt less anxious," she said.

For Lilah, 12 years led to a shift from a fun-loving little girl who loves to dance into a young woman training extensively for a career as a professional ballerina. "Deciding I wanted to become a professional ballerina is probably the biggest change in my life since the first photo was made," she said. Also, my parent's divorce is something that I definitely didn't see coming in 2004 and that drastically changed my life."

For married couple Antonette and James, raising their children is still at the core of their home life 15 years later. "Time flies by quickly, so you have to enjoy your children at each stage in their lives," said Antonette. "Also, spend more time with your aging parents, as they may not be with you for much longer."