Surrogate Mother Accidentally Gives Birth to Twins, Ends Up Fighting to Keep Her Own Son 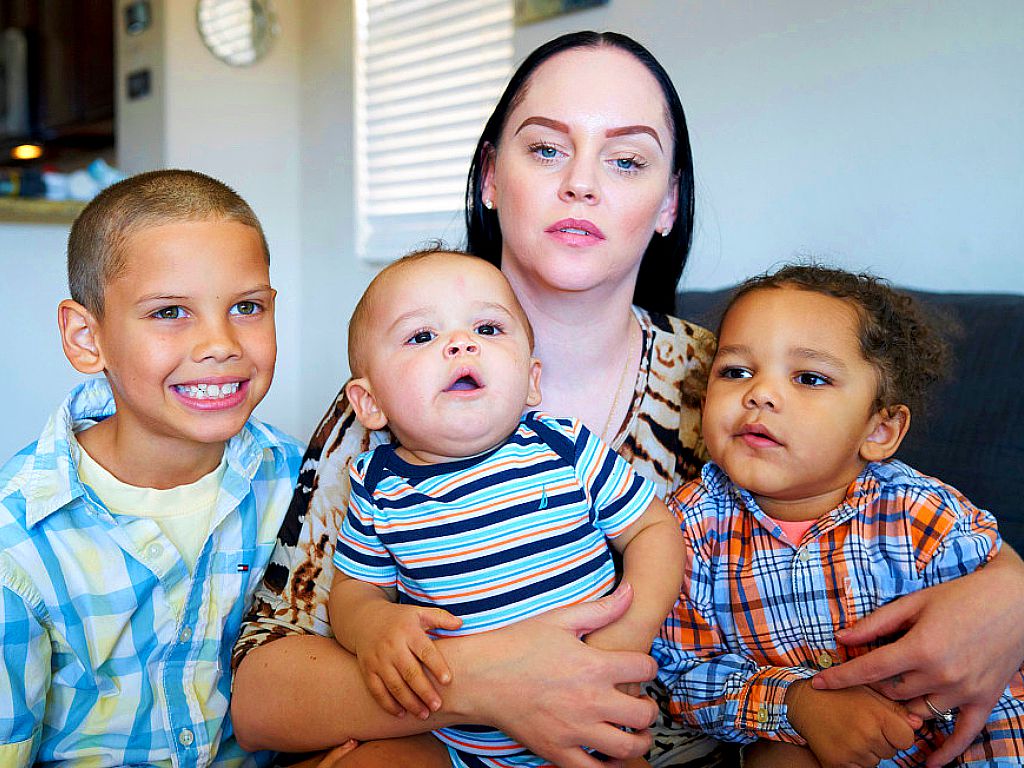 Jessica Allen of Perris, California, knew that having a baby was a blessing, which is why she wanted to give someone else the same opportunity to become a mother (and earn some cash herself in the process). But, she had no idea she would end up regretting her decision after facing an arduous custody battle that would change her entire life.

She Was a Working Mom

Jessica Allen had it all. Her then-boyfriend, Wardell Jasper, worked for a cable company and she had a job as a senior caregiver. Best of all, the couple had expanded their family tree in more ways than they could have imagined when they first got together.

She Became a Surrogate Mother

Creating life was something Allen considered to be a profound gift. So, she decided to become a surrogate mother in the fall of 2015, which was six months after she gave birth to her second son, Jairus. It was a decision she would later come to regret.

Her Man Was Very Supportive

Some guys might have had an issue with their partners renting their womb out, but Jasper didn’t mind one bit. “This is your chance to give a family the blessing of a child,” he told her, according to the New York Post. But there were other reasons why she wanted to do it.

She Wanted to Be a Stay-at-Home Mom

Allen didn’t want to go back to her old job as a senior caregiver. She wanted to stay home and be with her two sons. Plus, the money she would make from the surrogacy would help them buy a house. She just never expected things to turn into such a nightmare down the line.

The Agency Matched Her With a Couple

Allen picked an agency called the Omega Family Global in San Diego, California. It wasn’t long before the agency matched her with a Chinese couple called the Lius. Of course, that wasn’t their real name, and there was a reason they couldn’t learn the couple’s real identity.

Details of the Pregnancy Had to Remain Private

According to People, Omega Family Global’s attorney, Matthew J. Faust, sent the New York Post a letter that stated that Allen and the agency are legally obligated to keep details about the pregnancy under wraps. But attorneys only pop up when there’s trouble, and that’s exactly where Allen and the agency were headed.

The Lius Wanted an American Surrogate

The Lius could have chosen a Chinese couple to carry their baby. Unfortunately, surrogacy is illegal in China, so the Lius decided to hire an American woman to be the surrogate of their future child. So, Allen and the agency got to work right away.

She Was Implanted With the Lius’ Embryo

In 2016, Allen started taking lots of medications to prepare her body for in vitro fertilization. And in April of that same year, she went to an IVF center in Irvine, California, and was implanted with the Lius’ frozen male embryo. She wondered if it would take, but fortunately, she didn’t have to wait long to find out.

Allen’s blood tests revealed that she was pregnant nine days after the embryo was implanted into her uterus. Now, all she had to do was adhere to the rules of the contract she signed in order to get her $30,000. But, she had an unforeseen slip up.

She Couldn’t Sleep With Her Husband

The contract stated that Allen couldn’t have physical relations with her husband until the IVF doctor gave her the all clear. When he did, he recommended that they use protection. But she didn’t follow the rules and that came back to haunt her down the line.

The Scan Revealed a Second Baby

During her six-week scan, the doctor told her there was another baby, and the Lius were elated to learn that they were having twins. So, they decided to give Allen a raise, which made her very happy, but that moment was only temporary.

They Gave Allen a Raise

According to her contract, Allen was getting $30,000, including expenses, which she got in monthly installments by check. With the news of a second child, that amount increased by $5,000. But when the babies were born, they were literally ripped away from her.

Doctors Had to Perform a C-Section

After gestating in Allen’s womb for 38 weeks, the twins were born via C-section on December 12, 2016, at Riverside Community Hospital in California. But she never got to see them as they were taken from the operating room right away. So, she went home to recover, but a month later, Mrs. Liu contacted her to tell her something was wrong.

The Twins Had Their DNA Tested

On January 10, 2017, Allen received a message and a photo of the twins from Mrs. Liu via the Chinese messaging app, WeChat. It read: “They are not the same, right? Have you thought about why they are different?” It was true that while one child looked Chinese, the other one looked Caucasian. Soon enough, it became obvious that the twins weren’t identical. So, a week later, the twins got their DNA tested, and then the agency shared the shocking results with Allen.

One of the Twins Was Hers

Mike was the Lius’ biological child, but the other twin, Max, had Allen’s genes. A few days later, Omega told her that the Lius had discarded Max and that they wanted about $18,000 to $22,000 as compensation for Allen’s oversight, which was a huge problem.

She Had Ovulated While Pregnant

Allen had no idea that she had been ovulating during the early phase of her pregnancy, so she didn’t feel like she had done anything wrong. Nor did she know that she could even get pregnant while being pregnant, but she did. And now the Lius wanted financial compensation for the mix up, but her bank account was virtually drained.

They Were in Total Shock

“I was completely in shock. I was panicking. My husband and I were panicking,” Allen told People. “We had no idea how this came about and we had no idea how we were going to prepare for a child overnight. We just moved into a new house, we didn’t have any more money.” But that didn’t mean that the couple didn’t want their son.

Their Son Was up for Adoption

Allen and Jasper had already blown most of the money they received from their contract, but that was the least of their worries. They wanted their biological son, Max, back. But the Lius, who were technically his legal parents, were considering putting him up for adoption. But Allen wasn’t about to let that happen.

Max Had Become a Commodity

Allen told the agency that she wanted her son, but she felt that Max had become some commodity to be purchased. To make things worse, the agency’s caseworker told her that they would have to pay $7,000 for expenses accrued while they were looking after her child. This disagreement soon turned into a legal battle.

Allen had to spend $3,000 to hire an attorney, and negotiations between them, their lawyer and Omega was rough. But the agency finally got the fee that Allen and her husband allegedly owed the Lius reduced to zero. And yet the Lius still had to be compensated.

The Lius May Still Get Some Cash

Omega Family Global wasn’t allowed to divulge too much information on the case because of federal patient privacy laws and nondisclosure agreements. But their CEO, Doctor Kyle Kramer told the New York Post that there was a good chance they would have to compensate the Lius out of their own pockets. So now, the big question is, did Allen get her son back?

Omega Returned Max to His Mother

Eventually, Allen met one of Omega’s caseworkers at a Starbucks parking lot in Menifee, California, and was given her son back. It was very emotional, and she couldn’t stop hugging and kissing her baby boy, but she had to do something about his name.

Max Got a New Name and a New Life

Allen and her husband renamed their son Malachi, and he has adjusted to life with his biological parents and his big brothers quite well. He even started learning how to walk, speak and show off his hilarious personality. But this wasn’t the only cause for celebration.

Allen and Jasper Got Married

Allen and Jasper finally got married, and thankfully, they had all of their children, Jeramiah, Jairus and Malachi, with them to join in on their happy moment. But does she regret ever becoming a surrogate mother?

She Stands Behind Her Choice

Allen doesn’t regret being a surrogate in spite of the way things turned out with the Lius. She felt that if she hadn’t done it, she wouldn’t have Malachi in her life now. And although he was unexpected, he was nevertheless welcomed.