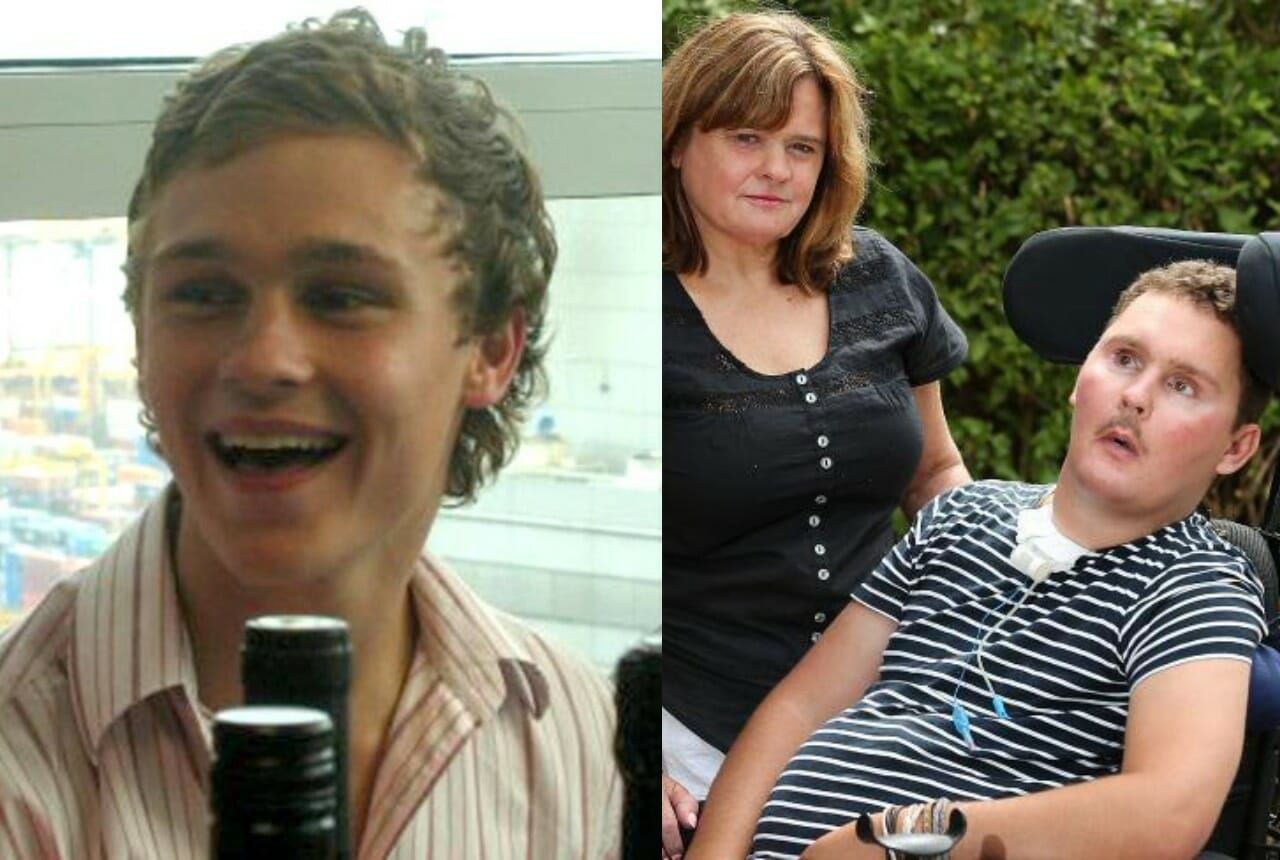 Teen paralyzed after eating a slug

Sam Ballard is an Australian teen paralyzed after eating a slug on a dare. For then-19-year-old Sam Ballard, a relaxing, balmy Australian night took a disastrous turn after a simple dare went sideways. When an infected slug crawled into view of Ballard and his mates, the teen swallowed it, giving in to the playful prodding of his friends. Shortly after, Ballard was fighting for his life in the intensive care unit of a nearby hospital. It was the start of became a years-long struggle for the once-healthy young man. Ballard has fought to reclaim his quality of life. But it will only ever be a shadow of what had before that fateful swallow.

Sam Ballard was once a seemingly invincible Australian teenager, well-liked by his friends and an accomplished rugby player. Ballard's mother even once lovingly referred to her son before as her "rough and tumble Sam," immune to the regular scrapes and bruises that would normally slow other teens down. Unfortunately, Ballard's healthy constitution and athleticism were soon tested to the extreme after one fateful get-together with friends.

Since the incident, Ballard's friend Jimmy Galvin has opened up about the dare that left the then-19-year-old paralyzed and clinging to life. "We were sitting, having a bit of a red wine appreciation night, trying to act as grown-ups and a slug came crawling across," he said. "The conversation came up: 'Should I eat it?' Off Sam went. Bang. That's how it happened."

Shortly after ingesting the slug, Ballard fell ill and was rushed to a nearby hospital. After a battery of tests, medical professionals revealed that the teen had been infected with rat lungworm, a parasite that is commonly found in snails and slugs that ingest rat feces. After the infection quickly reached Ballard's brain, he lapsed into a coma for well over a YEAR (420 days) and was left a quadriplegic.

Following Ballard's initial infection, the young teen was stuck in the hospital for three years of lengthy, taxing recovery. "When I walked in, he was very very gaunt, and there were cables everywhere--it was a big shock," said Michael Sheasby, a longtime friend of Ballard's. Along with losing his mobility, Ballard must be tube fed, suffers from seizures and can not control his body temperature.

Surprisingly, Ballard's mother doesn't blame his friends for egging on her son to complete the dare that changed his life forever. "Twenty-year-old boys, red wine, alcohol, sitting at some mate's table-- a slug goes onto the table, someone banters about a dare...boys will be boys," Katie Ballard told 7 News Sydney. The boys were "just being mates."

According to Ballard's mother, his need for 24/7 care has had an incredible impact on his entire family. Once an independent young man on the brink of adulthood, Ballard will now never be able to live on his own and will most likely never be able to feed himself. "It's devastated, changed his life forever, changed my life forever," she said. "The impact is huge."

No surprisingly, Ballard's round-the-clock care comes with a hefty price tag. Just last year, Australia's National Disability Insurance Scheme (NCIS) cut the former rugby player's benefits by more than 60 percent. The cuts to the scheme have left Ballard and his family more than $40,000 in debt as they struggle to provide the care he clearly needs.

According to pal Michael Sheasby, Ballard's mates are all doing their best to encourage his continued progress. "Seeing where he is now, being able to move his arms or just grip something, that to me is a huge improvement," he said. "The walking into the room and a hands coming out to give you a handshake. It's that kind of stuff."

According to Ballard's friend Jimmy Galvin, he's still able to find ways to joke around with his old mate. "We like to sit down and watch the footy and watch the rugby," he said. "I try and make it matey and fun- we will crack a beer, when Katie goes out of the room, he reaches for it, he gets his lips out and sometimes we put a little bit of beer on his lips."

Jimmy Galvin, Ballard's friend responsible for issuing the fateful dare has a serious word of warning for teenagers prompted to show off for their friends with stunts or dares. "Before you jump off a roof into a pool, or if you're daring a mate to eat something stupid, just think about it, because it can have the worst consequences," he said. "Not only on your mate, their family and the rest of your friends, but the rest of your life."