The Most Hilarious Pranks Pulled by Celebrities

Harvey Shepherd
The Most Hilarious Pranks Pulled by Celebrities June 27, 2019Leave a comment 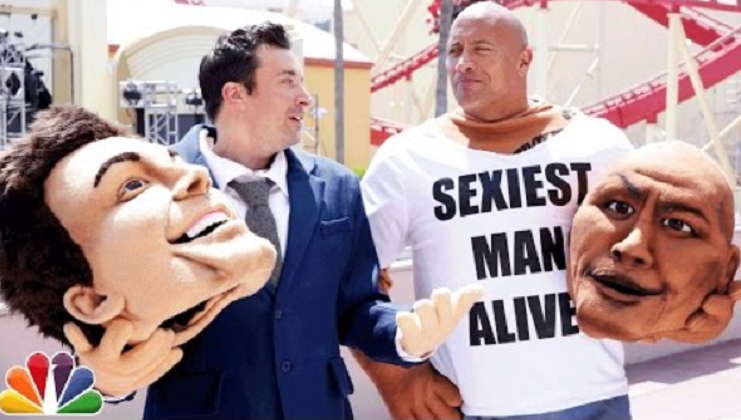 Even though it might not seem like it sometimes, celebrities are still people just like you and me. They enjoy to have fun and some of them even take out time from their busy schedule in order to troll their fans. Just like acting, trolling is an art and this is why some celebrities have managed to pull amazing pranks on their fans. With that said, today we are going to present the most hilarious pranks that celebrities pulled on their unsuspecting fans.

Remember that time when the famous Olympic swimmer Michael Phelps announced that he was going to come out of retirement? Everyone went nuts about this because people love a good comeback story but unfortunately, it was just an April Fool's Day prank.

19. The Rock and Jimmy Fallon

Jimmy Fallon is known for pulling lots of great pranks on his fans and one of his best pranks was when he got The Rock to wear a funny looking costume of himself and take pictures with people. The fans had no idea who was hiding beneath the mask!

The famous actor Bill Hader trolled Ashlee Simpson so hard that she ended up crying. He was still working for SNL and pulled a prank on her where the actor made it seem like Ashlee Simpson had somehow accidentally set fire to an art gallery and this broke her heart because she felt so guilty.

Remember when Adele went to an impersonator contest about her and surprised all of her life-long fans by performing live for them? They all were in tears when that happened.

Comedian Jon Lovitz had the entire internet talking about his personal life when he posted the picture featured above talking about how he got engaged to this much younger woman. However, it was all a prank meant to cause controversy.

Adam Savage made his mark on the entertainment industry with the Myth Busters show and he is loved by Sci-Fi fans from all over the world. What's great about Adam Savage is that he actually goes to Comic-Con events while cosplaying as the Admirable Ackbar.

This is another picture of Adam Savage and a friend of his named Alton Brown. They dressed as the twins from The Matrix and surprisingly enough, not many fans could tell who he really is.

One of the funniest pranks that Arnold Schwarzenegger pulled on his fans was when he replaced his ceramic statue in a museum and then started scaring his fans who wanted to take a picture.

A sandwich shop decided to write a joke on their sign which said that the fearless Liam Neeson eats there. To their surprise, the actor actually showed up to get some free food.

This man wanted to snap a selfie in front of the famous Microsoft Sign and then out of nowhere, the billionaire and Microsoft founder Bill Gates decided to photobomb him.

The former US president always had a great sense of humor and one of the best pranks that he ever pulled was when he took pictures with a young boy who fell asleep during a social event.

Can you imagine how sad that guy is going to be when he finds out that Tom Hanks was sitting at his table while he was passed out?

Beyonce is not that easy to find and this is why the paparazzi flock her apartment building. Well, a fan got lucky and met her a social event. To make things even better, the famous singer even made a strange face while taking the selfie.

If there is something that we can be sure about when it comes to Elijah Wood, then it has to be the fact that he knows how to take a great picture. That fan is never going to forget meeting the famous actor.

Joe Jonas once had his entire fan base go wild after posting a sonar picture on his social media account. However, this happened during April Fools' Day and it turned out to be a prank.

Tom Brady once took a picture while wearing a full body cast and posted it on his social media page during April Fools's Day. The fans of his football team were terrified until they realized that it's just a prank.

James Franco once posted a picture of himself with Selena Gomez and a small baby. The internet went wild for a couple of hours until James Franco decided to take the picture down because it was just a prank which was getting out of hand.

Bill Murray is a great guy and there is no doubt about that. The little baby has no idea that a movie legend is imitating his "sad face"!