These Photos Taken by Drones Reveal a Hidden Side of Reality

Camila Villafane
These Photos Taken by Drones Reveal a Hidden Side of Reality December 10, 2020Leave a comment 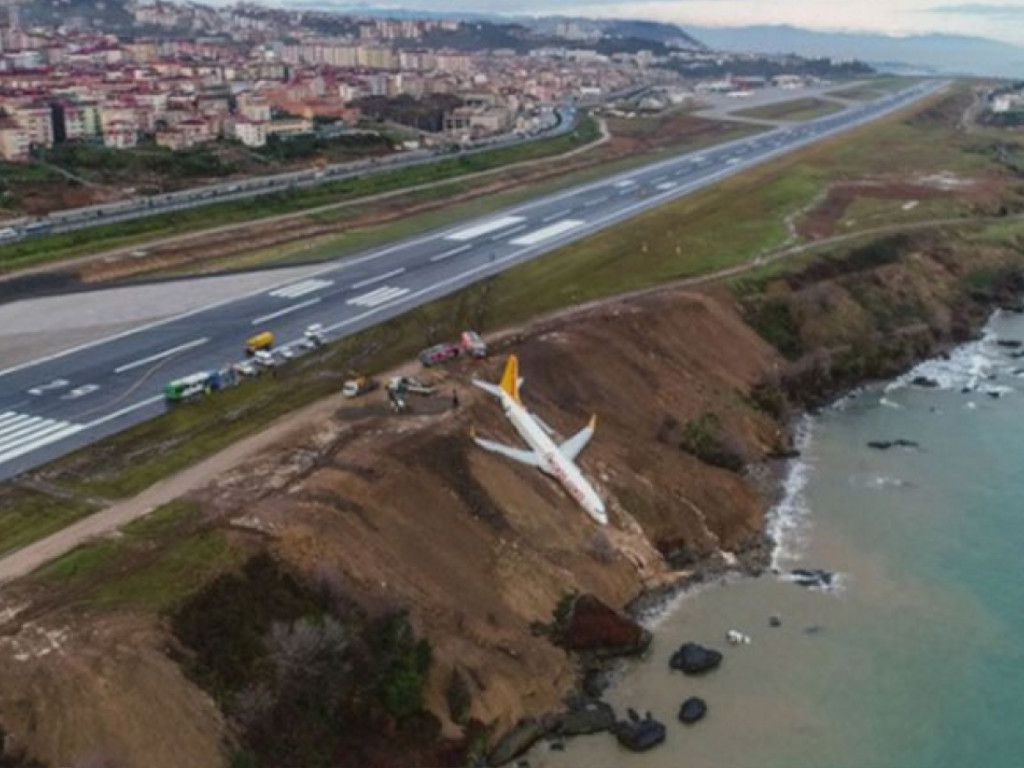 Wouldn’t it be nice if we were able to fly and see some wondrous sights from a bird's eye view? We’d be able to see things we never thought possible with our very own eyes. Unfortunately, we still haven't invented a safe way to fly like a bird, so we can’t always see the hidden side of our planet. But not only did these drones manage to capture some unique views. When people looked back at these incredible drone photos, they discovered something truly shocking.

Every traveler knows that planes take off and land gracefully from an airport runway. But this plane seems to have taken a dangerous detour and is sliding off this muddy cliff towards the water at the Trebizond Airport in Turkey.

A Man Walking the Rope

The summit of the Morro dos Cabritos in Rio de Janeiro, Brazil, is an impressive area on its own. But this aerial drone shot captured a man putting his life on the line literally as he tries to walk a rope 1,257 feet above ground.

Most people might walk right past it when they’re visiting the Morrison Quarry, one of the most popular scuba diving training sites in Quebec, Canada. But the plane under the water isn’t a plane that crashed. It was placed there intentionally to enhance a diver’s experience.

We’re not entirely sure if this is a real island or not or if someone manipulated this photo. But this island looks like an adorable cat’s head and feline enthusiasts would undoubtedly go meow at the chance to vacation here.

Watch Out for the Giant Pink Bunny

There’s a 200-foot plush pink rabbit sunbathing in a field next to a house in Piedmont, Italy. But here’s the real kicker! It turns out that this decaying stuffed rabbit has a name and it’s called Hase.

Aerial Shot of a Bubbling Volcano

This photo of an active volcano in Iceland would have been impossible to take without a drone as the bubbling lava would have put whoever snapped the photo at serious risk. But wow! What an impressive sight this is.

It might look like a moose head, but it isn’t. It’s not some sort of artwork dangling over an electric pole either. This is actually an elaborate bird’s nest located in the Kalahari Desert. Who knew that birds were so artistic with their nests?

Runaway Croc in the Water

Swimmers in Phuket Island, Thailand, probably got quite a fright when they saw something in the water. But it wasn’t a shark. It was a crocodile making a run for it. He reportedly found a way to break out of a crocodile farm and was heading towards freedom.

This photo shows a fishing boat in Vietnam releasing its massive green net out on the water. But from high above, it looks almost like an eerie aurora borealis shimmering with green lights. The only thing that breaks that illusion is the presence of a boat.

Shark in the Water

There’s a hammerhead shark in the water, and that woman doesn’t realize just how much danger she’s in. But everyone else seems to have noticed the shark as they’re all watching nervously from the sandy shore.

Diving Over the Waterfall

This drone captured a man diving over a waterfall towards the swirling waters below at Yellow River, China. The diver was actually celebrating his 60th birthday by doing something bold, dangerous and quite daring.

The Whale’s in Pursuit

Well, the good news is that the creature pursuing that tiny boat isn’t a shark. The bad news is that it’s a whale that’s twice the size of that boat and it continued to pursue the vessel for 15 minutes before the creature swam away.

This Island House in the River

A Hellmouth Opened in Guatemala

Alright, so it wasn’t a Hellmouth but it probably felt that way for the unfortunate soul standing there when the ground opened up. This sink hole occurred in 2010 in Guatemala City shortly after Tropical Storm Agatha affected this area.

It might look like there’s a bridge between two ice caps, but that’s actually a bear stretching from one end of an Arctic ice cap to another. But all cuteness aside, this is another example of how global warming and the melting ice caps are affecting the wildlife.

This Creepy Clown in the Field

It looks like a scene from a horror movie but a drone actually captured this creepy looking clown in the middle of a withered crop field in 2016 in Huntsville, Alabama. As far as why he was there, the world may never know.

These Skyscrapers Are So Multi-Colored

The Hong Kong skyline is impressive enough from street level but it’s even more breathtaking when seen from high above. Many of the buildings here have hues of different colors like orange, green, yellow and pink.

Shadows on the Shore

A drone captured an image of what appears to be four shadows—two humans and two dogs—walking along the sandy shores in Black Sea Beach, Bulgaria. Were the shadows cast by people walking high above on a cliff or was there something other worldly happening here?

Some people go to parks to feed pigeons but this fisherman in Tuy Hoa, Vietnam, is busy feeding an entire horde of ducks. But from an aerial point of view, it looks like this swarm of ducks has surrounded the man and are about to attack.

This lone lion was roaming around in the wild minding his own business when he heard an odd rumbling up ahead. But when he looked up to investigate the source of the sound, he saw the drone hovering above him. Judging from the photos, there’s a sense of curiosity and desire to capture the drone.

This aerial shot was snapped in China, and hopefully, this guy is a passerby or the owner of the property and not the person hired to mow the lawn. Otherwise, he might lose his job for napping on the grass.

Plane in a Forest

It might look like this commercial airline made an emergency landing in the middle of a forest, but it’s not. An engineer named Bruce Campbell turned an old Boeing 727 aircraft into the woods near Portland, Oregon, into a home.

This Lake Has a Hole In It

There’s a hole in Lake Berryessa, California. But while it might look like some kind of wormhole into another reality, it’s actually a spillway. It activates whenever the water level gets too high. When it does, the water will flow into the hall 100 feet down to Putah Creek.

Swimming in the Center of Salt Flats

This woman appears to be floating in the only body of water in a dry a dessert, and in a sense, that’s what’s happening. This photo was taken at the Danakil Depression in Ethiopia, where Lake Karum’s waters are visible despite being surrounded by salt flats.

This might look like a backyard full of toy airplanes, but it’s actually a graveyard for outdated and non-functioning aircrafts. It’s located deep in the desert of Tucson, Arizona, where approximately 4,000 aircrafts were laid to rest.