Jimmy Pember
Hilarious Accidents That Are Funny Only When They Happen to Other People April 17, 2018 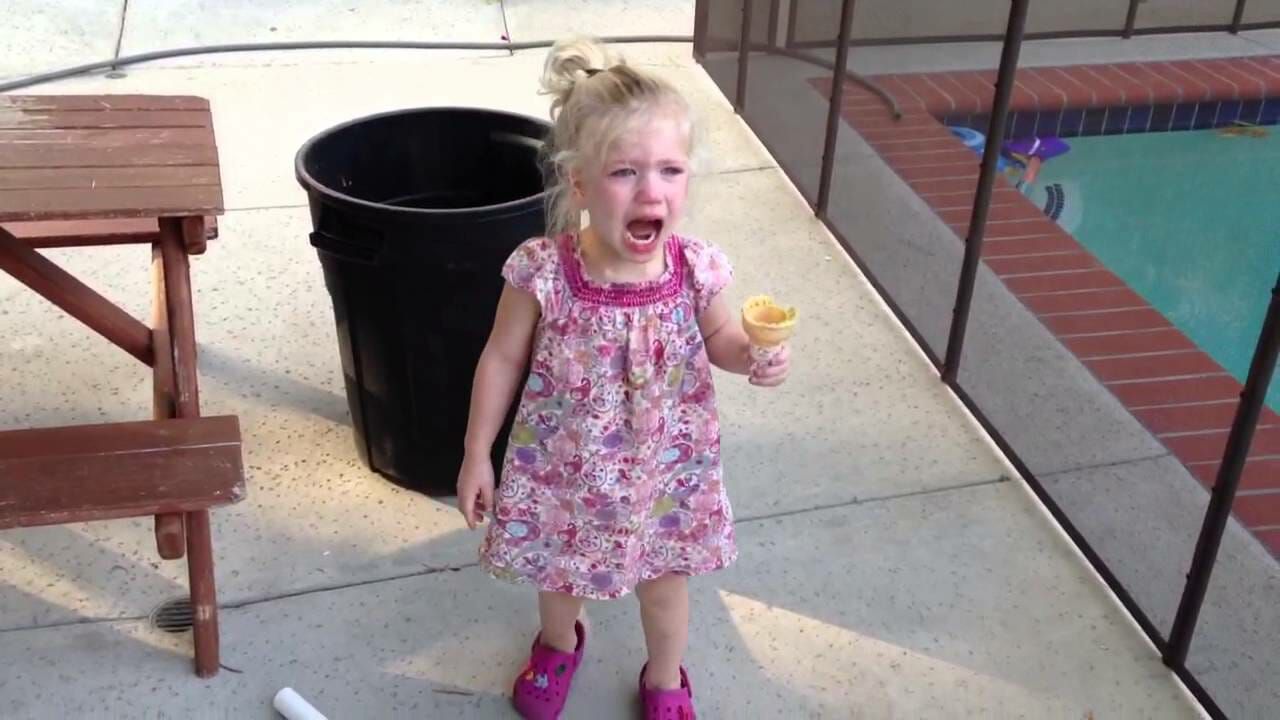 Things that are funny when they happen to someone else

Doesn't it totally suck when bad things happen to you? And yet sometimes those same misfortunes are exactly the things that are funny when they happen to someone else. Life's weird, isn't it? I don't want to analyze the "why" of it too much, though. Because any time you analyze comedy, inevitably it kills whatever makes the thing so funny. So instead, I've just put together a list of these human calamities that will make you burst out laughing. Unless they happen to you. That would be tragic. They could happen to someone else, though, and you'd probably crack up. Schadenfreude is so real, you guys.

We’ve all seen it. Someone’s strutting along down the sidewalk like they own it, totally not paying attention to where they’re going. All of a sudden, a big tree root appears out of nowhere. Best case scenario, they’ll be able to turn their stumble into a kind of weird little skip-dance. But the more likely scenario is they bite the dust, just maybe getting their hands out in front of them in the nick of time. Better scraped palms than a busted nose, but even better to be the guy watching than the guy tripping in the first place.

People falling down will always be funny. That look on their face as they go from being confident and in control to totally flailing around is absolutely priceless. It’s like when a diver suddenly loses it and finds themselves going into a full-on bellyflop. On the water or on the land, falling down never fails to make a splash.

A little breeze can be a lifesaver on a hot sunny day. However, a big blast of air is the sworn enemy of the loose-fitting hat. Blustery winds have sent many a cap and bonnet flying, and their owners scrambling after them, eyes wide, arms outstretched desperately. It’s a simple pleasure, watching them chase after their headgear, just knowing you’re not them.

It totally sucks when someone spoils a major plot point in a movie or TV show you really wanted to see, or gives away the ending to a book or video game you planned on experiencing. But it’s kind of weirdly enjoyable to have it happen the other way around, to be the one doing the ruining, especially if the person really deserves it.

Stepping In A Puddle

There’s a kind of karmic justice that sends a wave of energy coursing through your chakras when you see some goon walking down the street with their eyes glued to their phone. You know they type, just completely oblivious to everything else in the world. Then they step right in a big wet puddle, and have to dance a little jig out of it. It’s poetry in motion, simple as that.

Every once in a while, gravity will be on your side. You’ll drop a lidded cup of coffee, watch it tumble through the air in presuming horror, only to witness the cup land upright, maybe bobble a little, but ultimately settle with hardly a drop spilt. Then there are the rest of the times, when your full cup of joe splashes across the floor, leaving you stained, soggy, and devastated. The worst part of waking up, no question.

Sour milk is disgusting. The look on a someone’s face when they taste curdled dairy can send chills down a sane person’s spine. But there’s also this feeling of, “at least it wasn’t me.” It’s gross, to be sure, but there’s a sense of relief, like you dodged a bullet or something. Best thing you can do is offer your buddy some Listerine and offer to buy a fresh gallon.

Ah, there’s nothing quite as enjoyable as a day at the beach. And there’s nothing more depressing than building up a magnificent sandcastle, only to watch it get knocked down by a swiftly incoming tide. But there’s something about it happening to someone else that warms our cold hearts, for some strange reason. Maybe it’s just the magic of watching an overwrought pile of sand return from whence it came.

Pushed In A Pool

Water is the stuff of life, but it can also be the stuff of death as well, particularly for large egos and charged cell phones. Who hasn’t been to a pool party where some unsuspecting kid saunters past, only to moments later be pushed fully-clothed into the water? It’s almost a rite of passage, and these days, so is paying for the kid’s now water-logged mobile device, an almost certain casualty of the impromptu pool push.

Running Into A Pole

When a person walks into a pole or other large object, it’s sure to garner a chuckle. But when they’re running full-speed ahead, and then maybe look back over their shoulder to catch a football or something, then next thing they know, WHACK! Now that’s the ultimate…as long as it happens to other people!

Concert tickets are so expensive these days, not to mention movie and sports tickets. And when you shell out that cash, then get seated behind a giant column? Or an enormous hat? It makes you wish you’d just stayed home. And it’s even worse knowing that the people all around you have the clearest views possible. If you’re one of the lucky ones, enjoy your time in the sun.

Missing A Subway Or Elevator

There are few things worse than sprinting the last few yards across the platform and seeing the subway or elevator doors close in your face. But if your face happens to be on the other side of the glass, you can’t help but feel a little thrill. Part of the pleasure comes from the knowledge of having been where that person has been. Sometimes you make it, sometimes you don’t.

We’ve all felt the impulse, when standing in the cafeteria next to a really obnoxious person, to just up and knock their tray right out of their hands. And while it would certainly be rude, it would also be pretty funny. But when it happens accidentally, say when someone’s turning sharp around a corner and bumps into you, laughing is totally fair game. It’s just plain funny, so long as you’re the knocker and not the knockee.

Phones are amazing devices, and smart phones even more so. They’re just so expensive though, and even with a heavy-duty case, there’s no guarantees as to their safety. And while it sucks when you drop your phone and you hear that sickening crack, there’s something kind of darkly pleasant about watching it happen to somebody else, especially when they’ve just been hurling curses as Siri not moments before.

Kicked In The Groin

Getting kicked in the groin is a timeless comedic tradition. There’s just something instinctive about this one. And as much as it hurts when it happens to you personally, you can’t help but laugh when you see it happen to someone else. The look on their face, the clutching, hunching over, and the fall, fetal-like, to the ground. It’s a beautiful dance that never gets old.

Drinking is fun, but hangovers are death. But when you’ve opted to be the DD for the previous evening, or just happened to hold your booze pretty well, you can feel pretty superior when everyone else is clutching their guts, and clambering for the ibuprofen. You didn’t do anything right. You just didn’t do anything wrong as much as everyone else. Small victories still count!

It’s a verified fact that pedestrians, bikers, and drivers all hate each other and think each other shouldn’t exist. But even fellow bikers share a little chuckle when they see a fellow peddler flipping over their handlebars. It’s a hilarious image, so long as the person isn’t, you know, seriously injured or anything. The fall is funnier than the landing, let’s say.

People love animals. But they also love food. And when an animal comes between a person and they’re food, it feels like the worst kind of betrayal. Sometimes it’s a dog snatching your sandwich, or a cat stealing a sip of your milk from your cereal bowl. Or sometimes it’s a grizzly bear swiping your pic-a-nic basket and inspiring a classic cartoon in the process. Either way, it’s a tragedy when animals take from the hands that feed them.

Another classic comedic device is when someone sits on a chair or bench or other piece of furniture, and it breaks into a bunch of pieces. The person usually has this look on their face that’s pure gold, like they can’t believe this happened to them, even though it probably happens all the time. I mean, you break one chair, you’ve probably broken more than one. Just be glad when it’s not happening to you!

This one’s classic comedy. A slippery patch of ice or a misplaced banana peel, and suddenly some random stranger is falling heads over heels, landing flat on their backs on the sidewalk. We’re not sure what it is that makes banana peels so supposedly slippery, but when the results are so hilarious, we’re willing to put the questions on hold and just appreciate the schadenfreude.

Doo doo doo, I’m singing a song, looking up at the sky, then a bird comes along…and lands a bullseye right on your head. Supposedly it’s good luck, but it’s hard to think about that when all you really want is to find the nearest bathroom and wipe the gooey gunk off your head. And sometimes bird just skip pooping on you and fly into your head directly. What can we say, it’s just so much funnier when it happens to someone else!

Technology has made things super convenient in modern times, but it comes with its fair share of problems too. For instance, the less time we have to wait for stuff, the more we freak out when we have to wait at all. So when we see someone else totally losing their cool over the slightest hassle, it can help us check our own impulses to overreact. Plus it’s just fun to watch an adult throwing a fit.

Being a bartender isn’t the easiest job, but it’s not rocket science either. And when a bartender gets bogged down in a certain corner of the bar, completely ignoring the would-be patrons long congregating on the opposite end, it can be a living nightmare. But it’s the best when you’re getting all the attention, sipping your frosty Stellas with a clear view to the thirsty eyes across the bar. Makes the drinks taste that much sweeter.

It hurts to get slapped in the face. But it’s very funny to watch someone else get slapped in the face, and even funnier to be the one doing the slapping. If you don’t believe us, just as the Marquis de Sade. But it’s a comedic trope that’s been mined again and again, perfected perhaps in the movie “Airplane!” which featured an entire plane cabin lined up to slap a single unruly passenger.

Pimples are the worst, but some are definitely worse than others. Placement is key, as are size and sensitivity. Acne is one thing, but these big mothers are something else entirely. And when you see someone else with a giant zit hanging off their face, you can take comfort in knowing it isn’t you having to bear that nasty burden.