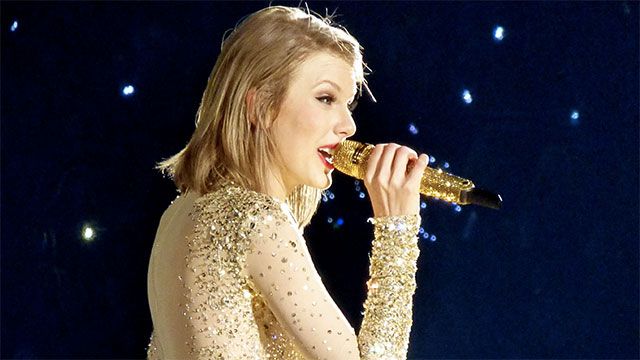 The biggest problem with fame is that it can sometimes get to people's heads and once someone gets to a certain level of fame, they would do anything in their power to keep making headlines. On the downside of things, not all publicity stunts pulled by celebrities went great and most of them failed miserably. With that said, get ready to see the top 20 most disastrous publicity stunts made by celebrities and companies.

Taylor Swift announced that she was going to do an online contest and perform a charity concert for a school that people vote for. The winning school was none other than Horace Mann which is a school for the deaf.

Bill Cosby wanted to try and win over the internet after his bad deeds came to light and he asked everyone to make memes of him. We think it's safe to say that the bad mannered memes which started trending on Twitter were not what Bill Cosby hoped for.

Todd Davis is the CEO of LifeLock which is a company that specializes in keeping people safe from identity theft. The CEO made his social number public to prove just how good his company is and unfortunately for him, his identity was stolen for thirteen times!

The famous IHOP announced that they are going to change the company's name to IHOB because they want to start selling burgers. However, IHOB didn't sound so well and the PR team had to change the name back in less than two months.

Woody Harrelson did a Reddit AMA (ask-me-anything) in hopes of gaining some new fans. However, it all backfired on the actor because he only responded to questions regarding his upcoming movies.

The Band Guns n' Roses were getting ready to launch a new album and Dr. Pepper announced that they will be giving everyone a free can of soda in order to celebrate the launch of the album. This also backfired on Dr. Pepper because the website from were people could claim the free cans of soda was shut down in less than ten minutes after going live.

KFC hired Oprah to advertise their new meals and told her to offer everyone who watched the show a free two-piece meal. More than ten million people went into KFC the next day and asked for free food which prompted the managers to start saying that their free coupons are invalid. KFC was forced to stop the campaign after two days.

Taco Bell tried to get some free advertisement and they used 50 Cent's name in one of their marketing campaigns saying that their food is super cheap, just like the rapper's name. 50 Cent heard about this and sued Taco Bell for a total of 4 million dollars!

Yacht is an American pop band from the US and the two band members, husband and wife, tried to advertise their new song by starting a campaign about an "alleged leaked sex tape". The truth was revealed when the tape did eventually leak and the band members admitted that it was only a promotion stunt.

Brian Williams announced in a publicity stunt that he was reporting in Iraq and that the helicopter he was in got hit by an R.P.G. and that he was surrounded by enemies. This wasn't the truth and the soldiers who accompanied the news anchor spilled the beans and told everyone that it was just a lie to get his viewers to like him more.

Just like Robert Pattinson and Kristen Stewart, Joe Jonas and Demi Lovato got into a fake romantic relationship in order to get people to talk about their "Camp Rock 2" show on Disney's network.

We think it's safe to say that everyone remembers Charlie Sheen's public breakdown. The actor went on tens of TV shows and used his story of drug abuse in order to raise the ratings for his show. Sadly for him, this public stunt got him fired from "Two and A Half Men".

Most of you might not remember this because it happened back in 2013, but DJ Khaled proposed to Nicki Minaj on live television. As you can imagine, this was just a publicity stunt to get the media talking about their new songs.

Lady Gaga has made her name in the music industry by causing controversy and this is why no one should be surprised that she decided to wear a dress made entirely out of meat during the 2010 VMAs.

For some unknown reason, Burger King started a campaign where if you would unfriend ten people, you would get a free burger. To make things even worse, Burger King let the ten people you unfriended know that you chose a burger over them.

Pitbull and Walmart teamed up and held a contest where the internet could vote a Walmart store and the artist would perform there. The internet chose a Walmart store from a small village in Alaska of less than a couple thousand people. The singer kept true to this word and still performed.

McDonald's announced that they will give free food to everyone who wins a gold medal at the 1984 Olympics. Unfortunately for McDonald's, the USSR boycotted the event and all Americans who participated in the Olympics got a gold metal.

Remember when Kanye West stole the mic from Taylor Swift's hand while she was receiving an award? Kanye West told everyone that Beyonce should've won that award and rumor has it that it was a pre-planned publicity stunt.

Some of you might remember that Kim Kardashian got robbed of nearly 10 million dollars worth of jewelry back in 2016. The interesting thing about this is that she got robbed a couple of days before her new TV show came out.