Can You Identify All These Countries Based Only On Their Famous Landmarks?

Greg Smith
Can You Identify All These Countries Based Only On Their Famous Landmarks? July 27, 2017 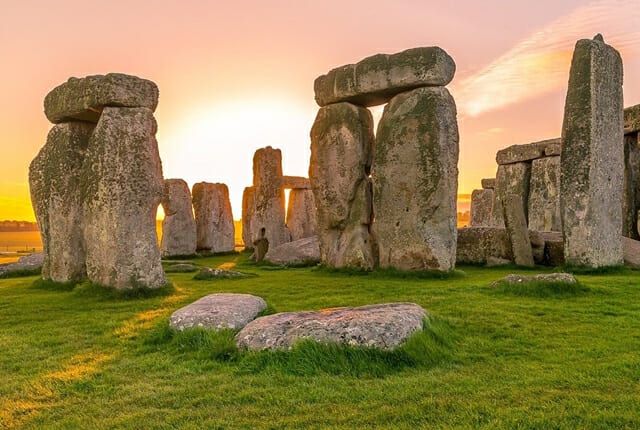 How many world landmarks do you know? And do you know what countries they belong to? You may consider yourself a student of the world. Or you may just want some fun travel tips. Either way, it's time to see how many countries you know based on these famous world landmarks.

You've probably seen these slightly spooky Druid statues before. But do you remember which country they reside in?

Fun fact: This flag, which you have probably never seen, is the official flag of England, whereas the more familiar Union Jack represents the United Kingdom of England, Northern Ireland, Scotland, and Wales.

A beautiful, immediately recognizable mausoleum. What country can claim such a landmark?

India has a claim to stake as a global exporter of world culture. Did you know the bustling Bollywood film industry of India produced 1,602 movies in 2012, whereas Hollywood only produced 476?

The Louvre, a world-renowned art museum home to many iconic works, features this beautiful pyramid, designed by Ieoh Ming Pei. Do you know what country the Louvre belongs to?

Home of the Eiffel Tower, stripy sweaters, and yes, the Louvre.

Ruins of a Mayan civilization are here for your perusal. What country do you need to travel to in order to see them?

Look no further than Guatemala!

This statue protects and welcomes citizens and visitors of what country?

If you think you've been to a "carnival" without having been to Brazil's Carnival, you haven't been to a carnival.

Which country claims home to this beautiful remnant of ancient civilizations?

In addition to the Acropolis of Athens, you can find Navagio Beach, the theater of Epidaurus, and Knossos Palace on a trip to Greece.

No, this castle is not from Hogwarts. Yes, it is a real place you can step inside. What country hosts it?

This beautiful structure, rebuilt and readjusted throughout the years, has been seen in many films depicting its home country. Which country might that be?

The castle lives in the Land of the Rising Sun.

A haunting display of clay soldiers protect the tomb of what country's first emperor?

Qin Shi Huang was the first emperor of China, of course.

No, this isn't a fantastical Dr. Seuss creation. This is a real building you can see. But where?

In Russia, beautiful landmarks visit you!

You're in calming waters. You're taking in the unique beauty of the world around you. Where the heck are you?

A tip for your visit to Iceland: The harder to pronounce a volcano is, the more important it is you see it.

If you find yourself staring in awe at the majesty of this giant rock, what country are you in?

From the modern pleasures of the Sydney Opera House, to the expansive swaths of nature, Australia's got something for everyone.

Those with a fear of heights need not apply. This enormous structure features a section of glass floor, where you can look way the heck down. What country boasts this heart rate-raising building?

Polite citizens, awesome healthcare, and a heartthrob of a PM? You know what country to blame.

A beautiful, natural landmark with an inspiring name to boot. Where is this cape located?

When you're in the Cape of Good Hope, you're in South Africa, baby.

If you're looking for sleek architecture, jaw-dropping entertainment, and shopping centers that would make the Mall Of America blush, might we suggest a trip to the UAE?