Camila Villafane |March 20, 2019
Hilariously Ugly and Dumb Wedding Dresses That Will Make You Never Want to Get Hitched March 20, 2019 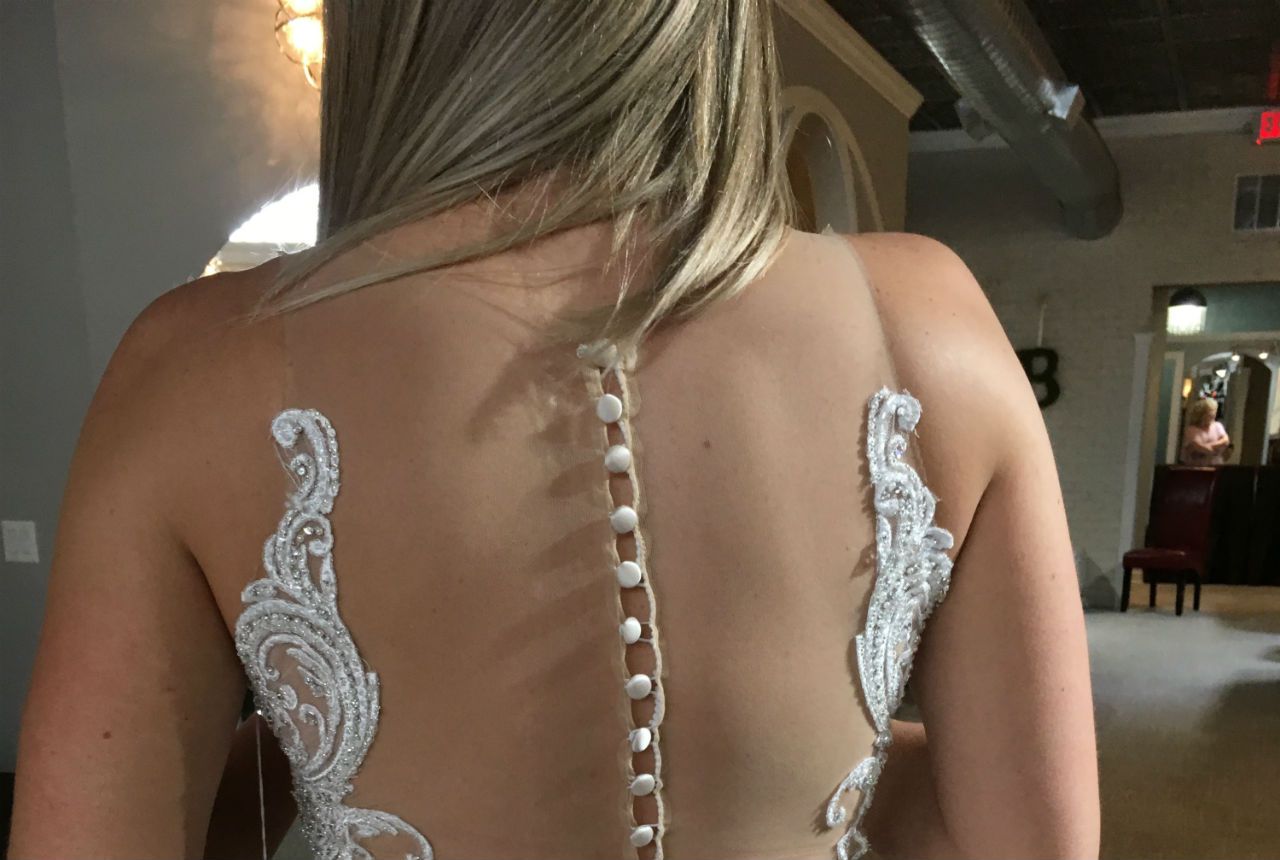 In an effort to rock that unique look at the wedding, some brides pick the ugliest wedding dresses on the rack. But most of them won’t realize it until they look through their wedding album. So take a gander at these eyesores. But don't blame us if you go blind.

Never has there ever been a wedding dress that’s so orange. It looks like her dress was made from swirls of cotton candy or orange sherbet ice cream. But this probably isn’t every bride’s taste.

We must have missed the issue of Redbook that said dressing like a giant crocheted tampon for your wedding is in. She looks like she’s begging someone to get her out of that thing.

The designer must have been out of breath after creating this dress made up of tiny balloons. It looks like something you'd see at a kid's party, not a wedding. But if they all pop, the bride will have an epic wardrobe malfunction.

[dx_custom_adunit desktop_id="RTK_K67O" mobile_id="RTK_5yk0"] No one will ever have to ask whether this bride was getting married out of obligation. All you have to do is look at the baby bump sticking out of the dress. At least when the kid asks, she can tell them that they were all anyone could talk about.

It looks like the groom just pulled her out of an airplane engine, but the dress didn’t make it. Let this be a lesson to all of you. Start saving for a wedding dress early in life so you don’t pick something this hideous.

The Wedding Dress That Won’t Hold Up

[dx_custom_adunit desktop_id="RTK_K67O" mobile_id="RTK_5yk0"] She’s a lovely bride and the dress isn’t quite so bad. The only complaint we have is that the top isn’t holding the bride’s "girls" up very well. But from the looks of it, the groom doesn’t seem to mind.

The Wedding Dress That Showed Too Much

Whoever designed this dress must have been inspired by Pam Anderson’s bikini bridal dress, which left very little to the imagination. Can you imagine how distracted everyone must have been throughout the ceremony?

Wedding Dress in the Hood

[dx_custom_adunit desktop_id="RTK_K67O" mobile_id="RTK_5yk0"] Most wedding dresses are kind of dull being all fluffy and white. So,this couple decided a graffiti-style wedding dress with the name "Wifey" on the back would really stand out in the wedding photos. And it does. But for all the wrong reasons.

It’s as if a regular wedding dress and a Christmas gift wrapping got together and made a baby. The bride looks more like a decorated Christmas tree, and no bride should ever have to feel like that.

The dress is full of vim and vigor, but it seems to be missing a lot of material. This bride is showing way too much for people's comfort. It’s like we’re Superman and we can’t turn off our X-ray vision.

The Way Too Fluffy Wedding Dress

The designer put so much fluffy material in the back of the dress that it’s like a freaking airbag. But he seems to have forgotten to add a lot of material in the front, making this bride seem more like a beauty queen.

If her goal was to be a pageant queen at Mardi Gras, then she’s all set. Personally, we love the belly dancing get-up. But it’s so not appropriate for a wedding, don’t you think?

The Wedding Dress That’s So Lit

[dx_custom_adunit desktop_id="RTK_K67O" mobile_id="RTK_5yk0"] Every bride deserves to look like a Disney princess on her special day. But when the bride puts this on, it’ll look like she accidentally sat on a colony of lightning bugs who are flying up her dress.

Well, you’ll certainly give everyone at the wedding quite a show. Just think of the aisle as your own personal runway. Now work it, girl! You’re already showing everything else. Might as well show them your moves too.

This bride looks like she went out in the middle of winter without any clothes on and got into a snowball fight. We’re not sure if the fabric is skin-tone or see-through but either way, it’s a total eyesore.

[dx_custom_adunit desktop_id="RTK_K67O" mobile_id="RTK_5yk0"] This bride might be wearing a camouflage dress, but she’s still going to stick out like a sore thumb. And we’re not just saying that because of the orange ribbon belt or the dress underneath.

If this bride wanted to turn heads at her wedding, mission accomplished. It’s so revealing that it leaves tradition in the dust. We can’t help but wonder what the father of the bride thought about this.

The dress might be ugly, but at least they have each other. Good thing too. There aren’t too many people who would say "I do" wearing a dress that looks like three huge paper bowls put together.

[dx_custom_adunit desktop_id="RTK_K67O" mobile_id="RTK_5yk0"] Wearing a cupcake dress is one way to get people to come to your wedding. That poor bride!. She looks like she’s getting ready to marry Willy Wonka at his chocolate factory.

Looks like this bride has babies on her mind and she hasn’t even walked down the aisle. But we’ll bet this diaper dress will be a hit with wedding guests who need to change their babies' diapers. They certainly don’t have to go very far to get one.

No poodles were harmed in the making of this dress. It’s a little over the top and one of the ugliest wedding dresses we’ve seen, but we also wouldn't be able to look away if we had been invited to the big event. We don't see this look making it on an issue of The Modern Bride.