30 Things You Learned In School That Are Virtually Useless Now

Camila Villafane
30 Things You Learned In School That Are Virtually Useless Now October 4, 2017 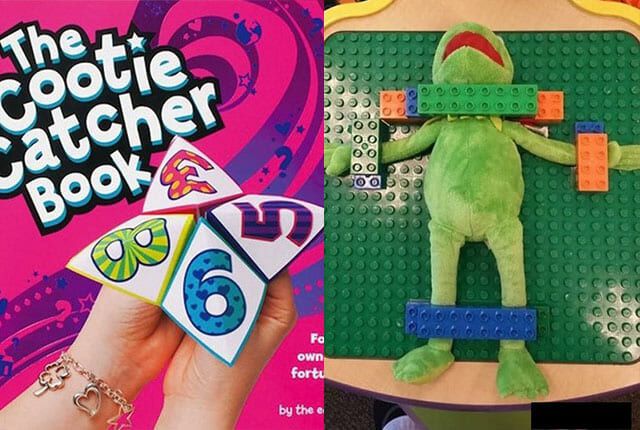 There are so many things that you learned in school, and now you're looking back and wondering, was all crap really worth learning? You already know the answer to that question. You could've spend those precious years learning things that you'd actually need, like how to fix your own car, how insurance works, how to give someone CPR, how to take better care of your mental health, or how to file taxes properly to avoid going to jail. Those would've been nice to learn. Instead, there were these 30 insane, useless things you learned in school.

The periodic table of elements confused the heck out of you in science class, and to this day the only thing you remember about the whole thing is H2O, but that's because they named a "Halloween" sequel after it.

Did teachers think you'd really need to draw a perfect circle to get by in a career? Maybe if you're an engineer or architect. But you don't need that stuff to flip burgers.

The difference between a cirrus cloud and a cumulonimbus cloud didn't seem interesting then, and it's even less interesting now, unless you've become a weather forecaster as an adult. The only cloud you care about now is loaded with naked selfies of celebrities.

Remember the annoying bell that would ring to remind you that you had only five minutes to get from one class to another? Did that help you learn time management as a grownup? Let me answer that for you: HAHAHAHAHA.

For years, they forced you to memorize the preamble to the U.S. Constitution. But to this day, you haven't been to a single job interview at which they asked you to recite it.

Teachers forced you to read books and write book reports. Why? Did they think it would make you appreciate Shakespeare more? It did, but only when watching a movie about Romeo and Juliet. If they want to get our attention, they should've assigned books like "Fifty Shades of Grey."

When you wanted to talk, you had to ask permission by raising your hand. Now everyone talks at the same time, interrupting each other or ignoring you while they play on their phones.

Dinosaurs are cool, but why did they have to teach you to differentiate between them? Did they know about your "Jurassic Park" fetish?

Tornado In A Bottle

Unless you’re completely shitfaced, making a tornado inside a soda bottle is about as useful as a rotary phone. But at least with a rotary phone you can still make a phone call. It just takes forever.

Look at all that art, staring you right in the face. Not sure if you realize this, but a team at Microsoft in the '90s took the time to create these "modern" fonts, and actually called themselves graphic designers. Let that sink in.

You built the entire solar system with Styrofoam and felt like the creator of the universe. Now you realize the universe revolves around money, and you wasted a ton of it on shitty DIY school crafts.

Lining Up By Height

In school, you learned there was always someone smaller and someone bigger than you. But now that you're an adult, you measure other people by their level of douchiness.

You learned the names of all the U.S. presidents in order. But unless you became a school teacher, or were planning on running for office, that was a waste of brain cells.

Did they teach you to plant seeds in soil like a regular human being? Nope. They made you waste a week growing something you couldn't eat, that looked like crap, and that might've gotten infected with the dengue virus.

Those dioramas were such a drama to make. Who would have thought you'd be tossing all that hard work in the trash? I think our own school teachers got a rise out of making us spend money on crap we'll never use.

My wife's idea of a romantic Valentine's day is a potato battery. Plus, I hear those sell really well on Ebay, so I might make a few hundred bucks as they're even better than a freaking $3.99 actual AA batteries at Walmart.

Why learn a useful language like French, Italian or Spanish when you could waste three years learning a totally dead language that nobody uses? Try to pick up that chick at the bar using Latin. I triple dare you.

You snickered when you figured out how to spell "BOOBS" upside-down on your calculator. But as an adult, you realize spelling it on a calculator is not nearly as hot as grabbing the real thing (even if they aren't real).

Always stay inside the lines. Don't nurture your budding personality, and never dare to be artistic or creative. God forbid you end up being an artist who works a fantastic job and lives a fulfilling life.

When it comes to math, you always preferred the short route anyway. But even if you liked math, you didn't need to learn how to do long division. Now you can just f---ing ask Siri for the answer.

Your school librarian taught you how to decipher the card catalog so you can use the Dewey Decimal System to find a book on a shelf. But now all you have to do is download a copy from Amazon.

Unless you're an avid Crossfitter or a pole dancer, this one was totally useless. But if Matt Iseman ever invites you to participate in "American Ninja Warrior," you'll be all set.

Unless you had all the tendencies of a serial killer, learning how to dissect a frog was pretty gross and completely unnecessary.

Was this meant as a joke? Caring for an egg? When was the last time you laid an egg and sat on it to produce an offspring? Plus, if your egg got crushed, the only consequence was you got an F in home economics. Try doing it in real life and see how CPS handles the situation.

Your science teacher taught Newtonian physics by making you figure out how to drop an egg five stories without breaking it. But the only Newton you've ever cared about is a Fig Newton.

Cootie catchers are about as useful for you now as a cootie shot was for you then. You officially don't care if a girl has cooties as long as they let you get to second base. Now the only cooties you're afraid to catch are called STDs.

So you figured out how to mix a few ingredients together to make an erupting volcano look so badass in science class. Try doing that as an adult and Quantico will send you to Guantanamo.

You spent all that time mastering the art of writing in cursive, and what do you get for your troubles? Nothing, cause everyone's too busy typing on their keyboards.