Matthew Loffhagen
The Most Valuable Items People Found at Yard Sales and Thrift Stores May 15, 2019Leave a comment 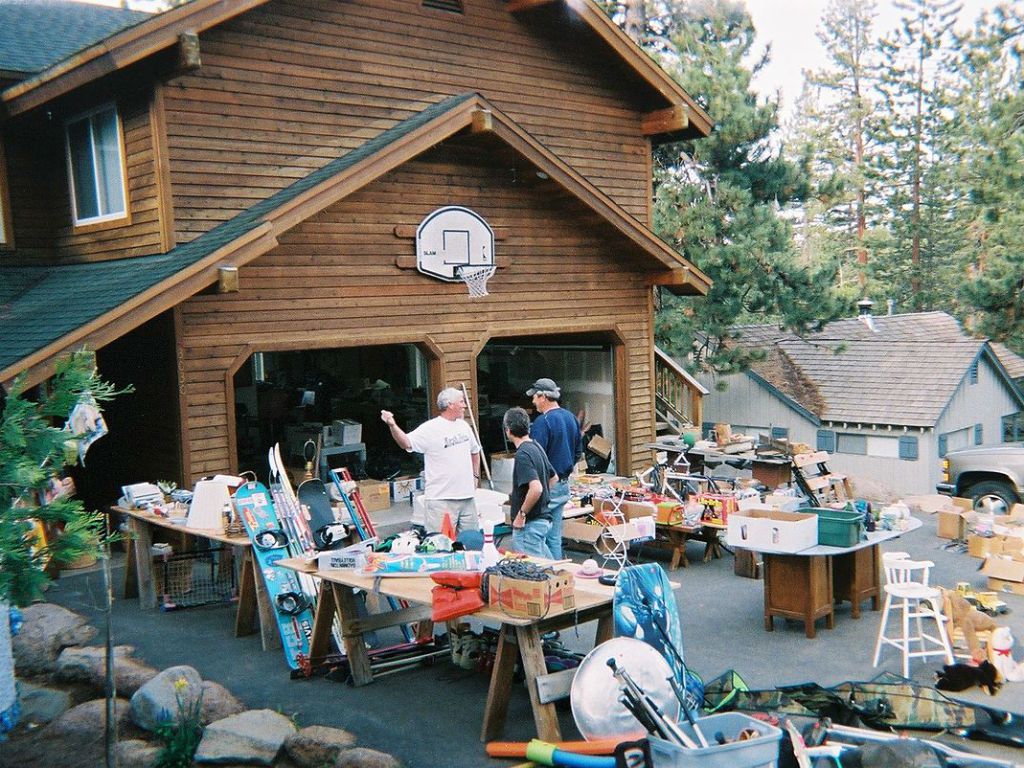 In 2012, businessman Andy Fields came across a collections of paintings at a garage sale in Las Vegas, which he bought for $5. When he went to reframe one of these paintings, he discovered a small sketch by legendary pop artist Andy Warhol hidden inside, which has been valued at over $1.5 million.

Back in 2002, record collector Warren Hill bought a nondescript record with a handwritten label for the princely sum of 75 cents. This turned out to be an extremely rare copy of the Velvet Underground's unreleased debut album, and ultimately sold at auction for $155,000.

Gaming enthusiast Rob Walter purchased an old box of Nintendo Entertainment System cartridges from a garage sale in 2006 for $40. He got a bargain, as the box's contents proved to be worth a combined $50,000. It included a rare developer cartridge used for the 1991 Nintendo Campus Challenge, in which the game toured the U.S. as part of a promotion. This cartridge alone sold for over $20,000 on eBay.

The Declaration of Independence

Somewhere out there in the world (presumably mostly in the U.S.) there were once 500 copies of the original printing of the Declaration of Independence. Only 23 copies have ever been found, and one turned up in a flea market in Adamstown, Pennsylvania. A financial analyst purchased an unassuming oil painting for $4, only later to learn that an original copy of the Declaration of Independence was hiding inside. When this was sold at auction in 1991, and went for an eye-watering $2.42 million.

The Declaration of Independence Again

Another rare copy of the Declaration of Independence showed up in the Music City Thrift Store in Nashville, Tennessee in 2006. A very lucky man by the name of Michael Sparks paid $2.48 for the piece, before later discovering that it was one of 200 copies of the Declaration that were commissioned by John Quincy Adams in 1820. Only 36 of these copies have ever surfaced, including Sparks' bargain purchase, which eventually sold for $477,650.

When amateur boxer Vaneisha Robinson bought a LeBron James pendant for $5 at a yard sale, she assumed it was costume jewellery. Robinson wore the pendant to high school without knowing its value, until finally getting it appraised. It turns out that the pendant is made from real gold and diamonds, and has been valued at nearly $10,000.

While at a yard sale with her parents, 12-year-old Rasheemah Bartley found some ink drawings that she thought would be fun to color. Her mom paid $2 for a box of this artwork, and it was only later that her stepfather did some research and discovered they were stolen artwork from legendary comics artist Jack Kirby. Among the art in the collection was the first page of the very first issue of "The Avengers." The art was valued at $48,000.

Sean and Rikki McEvoy paid 58 cents for an old West Point sweater in a thrift store before discovering that it once belonged to the legendary Packers coach Vince Lombardi. The sweater eventually sold for $43,020.

Following the death of its previous owner, this authentic ancient Egyptian cat statue was nearly thrown into the trash. Thankfully, a man who was hired to clear out the late Doreen Liddell's house took a second look at the unusual sculpture. Later, the British Museum authenticated the piece, which ultimately sold at auction for $80,000.

This rare Chinese "Ding" bowl was sold at a yard sale for $3 in 2007. Its new owner had it appraised by an antiques specialist, and it turned out to be around 1,000 years old. It sold at auction for $2.2 million.

This old card table was originally picked up for just $25 at a garage sale. Claire Wiegand-Beckmann, 71, was pleased to discover that it was a genuine antique from the 18th century. At auction, it sold for $541,500.

This four-poster bed was once dumped in a parking lot, and was eventually sold for around $2,850. Only later was it discovered through DNA testing—don't think too hard about it—that this was likely the actual bed in which England's King Henry VII slept. The bed is now on display at Hever Castle, and has been valued at $25 million.

In 2008, Tony Marohn purchased some old Palmer Union oil stock certificates from a garage sale for $5. He hoped to become a multimillionaire. Palmer Union was a company that eventually became Coca-Cola, so Marohn anticipated his new shares would be applicable to the beverage company. While Marohn passed away two years later, his family insisted that his shares were worth $130 million. Sadly (but somewhat expectedly) the U.S. legal system did not agree, as a judge ruled that Coca-Cola did not have to honor these shares.

Here's a depressing one. In 2013, Dori Rhoades sold one of her old denim jackets at a garage sale for $20. It was only after this sale that, to her horror, she remembered that she used the jacket to store many of her valuables, including $1,500 in cash, a ring that her husband had bought her, and, worst of all, diamond earrings worth $18,000. Rhoades has since put out a plea for the stranger to return her items, but for some reason, they have not come forward.

A woman found this interesting mirror at a yard sale in Hurley, New Mexico. She paid $2 for the mirror, but because of its unique intricate design, she was interesting in learning more about it. When she took to an antiques expert two weeks later for appraisal, she learned it had been made by the respected Tiffany Studio and that it was worth around $25,000.

While reading up on valuable video games, Texas resident Tanner Sandlin was surprised and delighted to see that a game in his collection was worth a lot of money. Sandlin had bought "Air Raid" for the Atari 2600 years prior at a thrift store, paying somewhere between $5 and $10, without knowing its true value. When Sandlin sold the cartridge, he earned $31,600 from his accidental investment.

In 1992, retired trucker Teri Horton purchased a painting at a thrift store for $5 as a gift for a friend. Upon discovering that the painting didn't fit through her friend's door, Horton tried selling the painting at a yard sale herself. A local art teacher saw it and suggested that it might be a Jackson Pollock original. This was the start of a lengthy battle to get the painting authenticated, and Horton insists it's worth a "fair price" of $50 million.

Rick Norsigian purchased a box of photo negatives for $45 at a garage sale and discovered that they could well be the work of famed photographer Ansel Adams. Adams' estate insists that these aren't originals, but enough of the art community is convinced of their authenticity that Norsigian's lawyer was able to sell $1.8 million worth of negatives. When Norgisian failed to receive his share of the money from these sales, he took legal action against his lawyer. Considering that the full box of negatives is believed to be worth up to $200 million, this is one story that's not going to wrap up soon.

One man bought a couple of tiny paintings at a yard sale for $35. His wife had them appraised by an expert who said they were the work of John F. Kensett and they were probably worth around $800 or $900. The appraiser said he knew someone who'd be willing to buy them if their new owner was interested. It's for the best that he didn't agree to that deal. A subsequent, more legitimate appraisal valued the paintings at $60,000 to $100,000.

One woman bought an ugly looking jug alongside a crock at a garage sale for $50. She later sold the crock for $52.50, so she already had made a profit. It was only eight or nine years later that she then got the strange jug appraised and learned its value was between $30,000 and $50,000.

One garage sale veteran managed to get her hands on an unusual vase for $5. When she brought the item to "Antiques Roadshow" to have its value assessed, she was astounded to learn that it was worth between $13,000 and $17,000.