Been Through a Breakup? Your Zodiac Sign Will Tell You What Happens Next

Camila Villafane
Been Through a Breakup? Your Zodiac Sign Will Tell You What Happens Next November 15, 2018 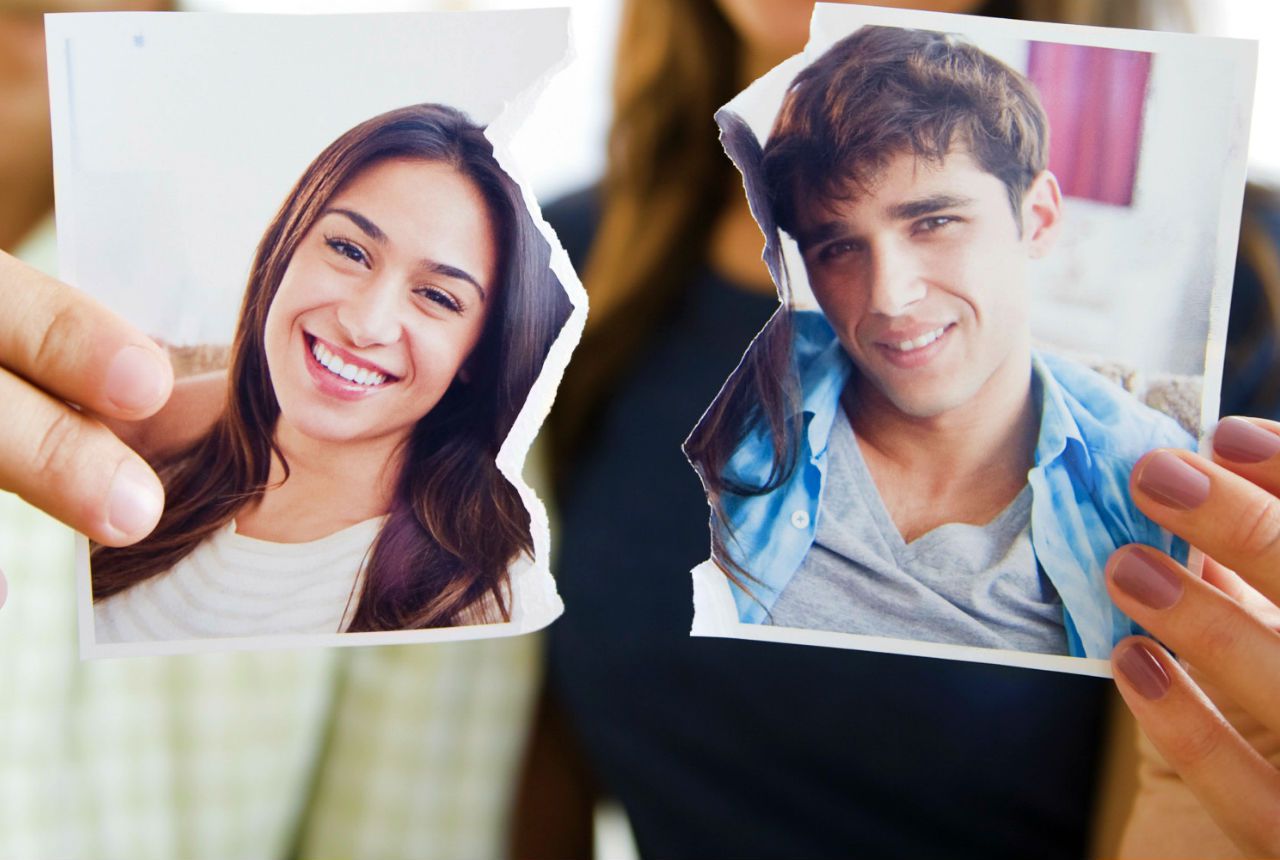 Even if you’re not a crazy ex, there’s a good chance you have one. But if you’re not sure where you fall in the insanity spectrum, check the zodiac. Because sometimes the stars have the answers you need. So let's find out what kind of crazy ex you are based on your zodiac sign.

Virgo Guy: He Will Ruin Your Life

A Virgo guy isn’t going to forgive or forget. If his heart is broken, then get ready for war. The pain will make him act crazy for a while, almost to the point where they won't recognize who he is anymore. What’s more, he’ll play mind games to try to get a raise out of their ex. And he won’t stop until he knows that their life is one giant train wreck.

A Virgo gal will sift through her chat history with her ex to try to figure out at what point things started to take a nosedive. It’ll become an obsession to her. She'll try to pinpoint exactly what caused the breakup in the hopes that she might be able to fix it. But fortunately, it’s only temporary, and she’ll move on eventually.

Aries Guy: He Has A Mid-Life Crisis

An Aries guy will feel like he’s a 50-year-old guy having a midlife crisis after a breakup. To cope with the loss, he’ll go out and buy himself a sports car or do something risky like bungee jumping to distance himself from the pain. But it might take some time before things go back to normal.

Aries Gal: She May Forgive, But Never Forget

An Aries gal will go on a road trip to bounce back from a break up. She might even forgive the guy who tore her heart in two. But she’ll never forget about her ex and may look for ways to reach out to him again, even if it means texting him at 5 a.m. to say she misses him.

Leo Guy: He Turns Into An Exhibitionist

A Leo guy will turn to social media to get the love and attention that’s missing in his life after his partner bailed on him. He'll start working out again, posting gym selfies, trying to catch everyone's attention. He’ll even post quippy remarks and photos letting everyone know he’s okay...but the truth is, he'll be broken on the inside. He's just trying to bury his feelings.

A Leo gal isn’t going to stew in the juices of misery for very long. She loves being in love way too much to stay single. So, her ex better watch out because those sheets will have a new guest before they have a chance to get cold. Leo gals are not about to waste their time with someone who's not worth it, so don't expect a phone call anytime soon.

A Sagittarius guy doesn’t like crying over his ex. So, when it’s over, he won’t ever come over. Forget about angry breakup sex, or texting him late at night. When it's over, it's really over. And he won’t even talk about the breakup or show any emotions when someone brings it up either. That’s just how he is. He’s emotionally cut off.

A Sagittarius gal will turn to her friends for help to get over her S.O.. She’ll also pamper herself by getting a massage or going to the salon. She'll be the life of the party for a few months. For a time, it’ll seem like she’s ready to embrace her singledom. But she’ll face the breakup eventually, and that’s when her heart will break, once reality really starts to sink in.

A Taurus guy will cut ties with everything connected to his ex. He'll delete their S.O. from social media, unfollow, block, and unsubscribe from everywhere. But when he finds himself a new bae, he’ll make sure to make her pay for all the pain that his former partner caused.

A Taurus gal uses her logical side to remind herself that everything happens for a reason, even a breakup. But eventually, she’ll find an excuse to text him repeatedly in the hopes of staying “just” friends. And sure, she might get to see her ex again every few months, but that won't make them want to get back to her, and it'll be soul-crashing.

A Capricorn guy isn’t going to beg to get their ex to come back. But he will make them feel horrible about leaving him. He’ll find ways to keep them in his life by reminding their ex that they still owe him for shared expenses or a previous commitment, like attending a friend’s wedding. The pettiness is quite real, but eventually, he'll grow out of it. He just needs to mourn the relationship first.

Capricorn Gal: She Gets Creative

A Capricorn gal won’t get destructive after a breakup. She’ll channel all of her feelings about the breakup into something constructive. She might paint, create a sculpture, or write a poem. As far as what kind of crazy ex you are based on your sign, this one’s pretty much chill, guarded, and totally in control of her emotions.

A Gemini guy feels so bad about himself post-breakup, that he’ll try to do something new to shake himself out of his funk. That may include minor things like shaving his head or something major like moving abroad. Once the relationship is over, a Gemini guy will find a way to do a 180 in his life and open a new chapter, almost immediately.

A Gemini gal might try to stay in touch with her ex at first, but that’s just until she figures out how to move on. Sure, she might be too sensitive all on her own again, but once she feels better, she’ll go all Casper on her ex and ghost him.

A Libra guy is very sociable and friendly, and he’ll use those skills to befriend all of his ex's friends. By the time he’s done, even their ex's closest BFFs will like him more than they like them. But that doesn't mean he's looking to get them back. He's just trying to assert himself after his heart was broken.

A Libra gal will be wrecked on the inside, but she’ll never give him the satisfaction of seeing how much she’s hurting. She’ll use her natural charisma to mask her pain, but that fake smile is the only thing keeping her together.

Aquarius Guy: He Obsesses Over Someone Else

An Aquarius guy will find someone else to take care of. This new person isn’t necessarily a love interest. They’re more like a pet project that he has to nurture and protect until he gets over their breakup.

Aquarius Gal: She’ll Live It Up

An Aquarius gal doesn’t believe in holding grudges. If anything, she finds relationships too confining, so the break up was like a breath of fresh air. As a single woman, she’ll start living it up and enjoying her freedom.

A Cancer guy will do whatever it takes to make her see what she’s been missing. Even if that means having to romance her all over again. That’s how he shows her how much he still loves her. And he’ll really amp up the TLC to win her back, but his ex might react differently than what he's expecting, and it'll crush him.

A Cancer girl isn’t going to cry over spilt milk. Once her ex is out of her life, she’ll make sure she never makes the same mistake twice by deleting him from social media and never looking back. Don't expect a drunken phone call at 3 a.m. She won't even have your number saved on her phone.

A Scorpio guy isn’t going to go away quietly. He’ll go onto social media and post nasty comments to try to get their ex to feel like crap. He’ll also use their ex partner's social circle to drag their name through the mud just so he can ignite a conflict between him and their ex.

A Scorpio gal is a dangerous sign. If she’s had her heart broken, she’ll reach out to her ex to find some kind of closure. In most cases, she’ll check them out on social media and find ways to get them back. But if they're not willing to do so, she'll quickly turn around to try to get back at them.

A Pisces guy will get over the pain in his heart by channeling his feelings into something he loves like a drawing or a short story. So, whoever his ex is, they'll also be his muse.

A Pisces gal is such a friendly ex. But their former S.O. might misinterpret her kindness as an attempt to get back with them. But no matter how friendly she is or how much her ex tries, she will never ever, ever, get back with their former lover. So what kind of crazy ex you are based on your sign? Are you the type that goes completely off the handle, or once it's over, it's really over for you?