Camila Villafane
Woman Hopes for a Miracle After Her SUV Plunged Off of a Cliff October 10, 2018 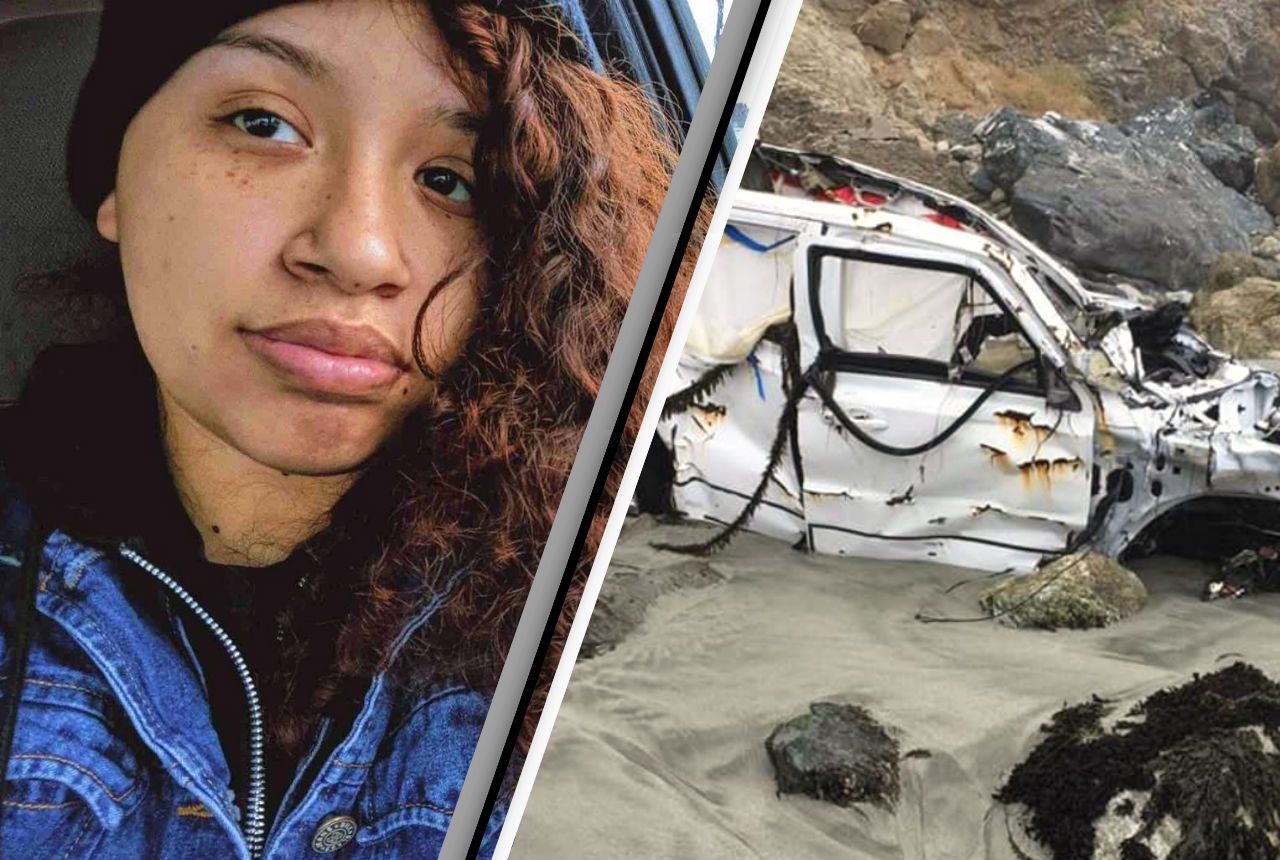 When people vanish, their disappearances often remains mysterious. In some cases, authorities find a few clues here and there. But by the time they learn what really happened, it may be too late to save a life. That certainly seemed to be the case when one woman’s SUV plunged off a cliff. But then fate intervened...

On July 9th, 2018, the San Mateo County Sheriff’s Office let their Twitter followers know that a 23-year-old woman from Portland, Oregon, had gone missing. There was no trace of Angela Hernandez? Where could she have gone?

Hernandez was making her way from Oregon to Southern California. She had family there, but they grew concerned. She had been actively updating them about her whereabouts, but then suddenly, she went silent.

According to authorities, she was last heard from in Half Moon Bay, California. She was driving a white Jeep SUV. So, they added that information on Twitter in the hopes that someone might spot her vehicle. But no one did.

Cops conducted a thorough search of the Davenport area. This included an air search over the coastline. But Hernandez and her Jeep had seemingly vanished from the face of the Earth.

In missing cases, authorities can use cell phones to triangulate someone’s location. But her phone was no longer sending or receiving signals, which made everyone fear that something was seriously wrong.

Her Disappearance Was Suspicious

The family was desperate for answers, especially since it seemed obvious that Hernandez had disappeared under suspicious circumstances. “The #findAngelaHernandez family is offering a $10,000 reward for information leading to the whereabouts of Angela.”

Hernandez went missing on July 6, 2018. Seven days later, there was still no word from her. The National Guard even used satellites and infrared planes to find her. But the search had taken a financial toll on her family.

Hernandez’s sister, Isabel set up a Go Fund Me account to help cover the cost of the search. “In efforts of finding my sister we’ve had to stay in hotels, buy food, and gas. It’s been costly, anything in finding my sister,” she wrote. She also asked people to pray for her sister’s safe return.

She Needed A Nap

According to CNN, Hernandez sent a text at 10 p.m. on July 5 claiming she was going to park her car at a store in Half Moon Bay to rest. It seemed she stayed there all night, at least according to her final text.

On the morning of July 6, Hernandez told her family that she was going to continue driving. But that was the last text she sent out. After that, all of the calls to her phone went directly to voicemail. Unfortunately, the weather didn’t help either.

A business security camera caught Hernandez’s Jeep in Monterey County at 9:30 a.m. on July 6. But the search for her was hindered by heavy fog. Fortunately, all hope was not lost.

A Glimmer Of Hope

As mysteriously as the Oregon woman had vanished, she reappeared, and she was alive! But she was at the bottom of a cliff in Big Sur, California. And how she survived was simply a miracle!

John Thornburg, the public information officer for the sheriff’s office in Monterey County, California, claimed two people saw the SUV wreckage at the bottom of the cliff and immediately called 911.

Thornburg said that a woman’s SUV plunged off a cliff. It landed 200 to 250 feet down below and was partially submerged in water. But Hernandez was trapped in an inaccessible area. She he had no food and had to use a radiator hose to drink water from a creek.

Hernandez explained that an animal walked right in front of her on July 6, which caused her to swerve. She lost control of her car. But that’s all remembered. She couldn’t recall the humongous fall. But when woke up, she knew she was running out of time.

She Had To Get Out Of There

“I was still in my car and I could feel water rising over my knees,” Hernandez shared on Facebook. She took off her seatbelt, broke the driver-side window with a multi-tool, and escaped. But she had nowhere to go.

“I saw nothing but rocks, the ocean, and a cliff that I knew I'd never be able to look over.” To make things worse, her shoulders, hips, back, and thighs hurt. She had fallen asleep, and when she woke up, she wasn’t sure how much time had passed.

It Was All A Blur

“The next few days kind of became a blur,” she said. She looked around for another human being, but found no one at the beach. She climbed towards a high spot where she would try and catch the attention of passing cars driving on the cliff.

When she wasn’t collecting water, she was looking for higher ground to scream for help. This had become a daily ritual for Hernandez. Then, like a mirage, she noticed someone approaching her.

On her last morning on the beach, she woke up and noticed a woman walking across the shoreline. But she wasn’t sure if she was real. She had dreamt someone had come to rescue her, but those were just dreams. Nevertheless, she took her chances.

She called for help and ran over to the woman who was with a man. While he stayed with Hernandez, the woman went and got her some fresh water. She couldn’t believe it. She was going home.

A rescue team eventually arrived and pulled Hernandez up the cliff. Then they placed her on a chopper and brought her to a hospital. “There, I was reunited with my family and discovered the extent of my injuries.” It was a miracle she had survived.

Hernandez had a collapsed lung and several fractured bones throughout her body. She also had severe sunburns on her face, hands, and feet. But she got the best medical care possible, and realized how lucky she was.

Although the woman’s SUV plunged off a cliff, she preferred to look at the bright side of things. She survived. She was reunited with her sister, who made her laugh at the hospital. “I can't imagine that there isn't a bigger purpose for me in this life,” she wrote. But she still needed help.

A GoFundMe account was once again used to raise money. “In her accident, she has lost everything. Including her car, which was her livelihood,” Hernandez’s sister wrote. They managed to raise 12,363 of their $15,000 goal while everyone continues to marvel at this impossible woman’s survival story.