Camila Villafane
Woman Was Sick for 10 Years Until A Crew Of Repairmen Accidentally Discovered Why December 6, 2018 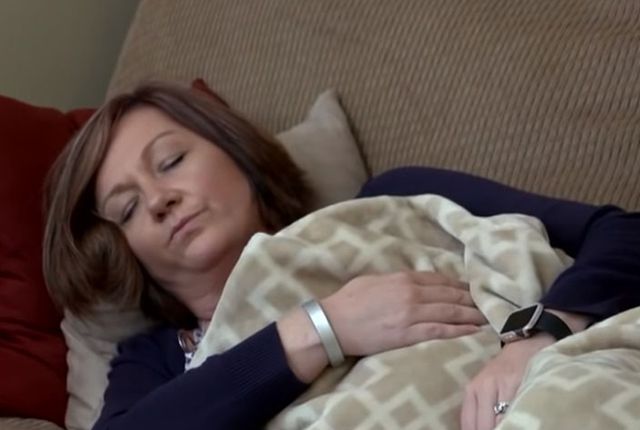 Kathi Wilson had suffered the worst decade of her life. The woman was ill for 10 years. But doctors couldn't figure out what was wrong with her. And she needed help. But she had practically given up hope. Until one day when a crew of repairmen  made an incredible discovery in her furnace...

Kathi Wilson of Shelby, Indiana, had every reason to be happy. She loved being a mom, and had a roof over her head. And yet, she was positively miserable. But she had every right to be.

[dx_custom_adunit desktop_id="RTK_K67O" mobile_id="RTK_5yk0"] Wilson wasn’t necessarily an Olympic athlete, but she led a pretty active life. Then one day, all that changed, and it scared the daylights out of her. There was no way that her number could be up this soon, and yet, that’s how she felt.

She tried telling herself that she was feeling weak and exhausted because of work and everyday stress. Yet in her mind, she knew that these were not the symptoms of stress. But nothing in her experience could have prepared her what was to come.

She Needed A Cane

Walking had become quite a challenge for her. In fact, she couldn’t even walk without using a cane. This made her feel like a feeble old woman and yet, she wasn't even old enough to be experiecing so much pain. But she wasn’t the only one who was baffled by her condition.

Old For Her Age

[dx_custom_adunit desktop_id="RTK_K67O" mobile_id="RTK_5yk0"] Wilson was 41 years old and yet she felt like she had the body of a woman in her 90s. Her body was giving out, and she wasn’t sure why she was feeling so fatigued and lethargic. And to make matters worse, her condition wasn’t improving.

Her family didn’t understand what was happening to her, but it was obvious that she was suffering. "Over the years it kept getting worse and worse," her daughter, Ashley, told Inside Edition. But pain wasn’t Wilson’s only symptoms.

Initially, Wilson thought she had the flu. All of her symptoms were pretty similar. She experienced muscle aches, malaise, and fatigue. But the flu goes away in under two weeks, and yet, this woman was ill for 10 years. How could this be? Thankfully, a crew of mysterious men were about to figure out the reason why she'd been so sick all these years.

[dx_custom_adunit desktop_id="RTK_K67O" mobile_id="RTK_5yk0"] As time went on, Wilson’s condition continued to deteriorate. It felt like she had been hit by a truck. Eventually, she realized that she would have no other choice but to see a specialist. But would they have the answers she needed?

Dr. Mary Beth Hensley conducted chest x-rays, cardiac testing, and even MRI’s of Wilson’s brain and spine to see if they could detect what was wrong. "I felt we were very thorough, but didn't come up with a solution," said Dr. Hensley. So, was it all in Wilson’s head?

Wilson had undergone all kinds of testing, but they didn’t turn up anything. So, she tried various medications to ease her symptoms, which didn’t work either. So, what was she going to do?

[dx_custom_adunit desktop_id="RTK_K67O" mobile_id="RTK_5yk0"] There’s no strong medical evidence to suggest that vitamins curb your fatigue. And yet, anyone in her condition would have considered adding Vitamin B, C, E, and some Zinc and Iron to their diet. But this didn’t work either.

As the years passed, Wilson got paler and weaker. Her appetite was practically non-existent. But what baffled doctors was that her immune system was strong. How was that possible when she was feeling so sick? Then, the answer came to her when she decided to help herself.

Years of enduring this condition had left her mentally drained. So, she decided to give her bathroom a makeover so it would become her sanctuary. But she couldn’t lift a finger, so she left all the work in the capable hands of the contractors. Then, they discovered something doctors missed.

[dx_custom_adunit desktop_id="RTK_K67O" mobile_id="RTK_5yk0"] Wilson had assumed that she was suffering from some mysterious medical condition. In fact, the more she stayed home, the worst she got. But soon, she realized that it wasn’t her body that was making her sick, it was her home.

The contractors had asked Wilson when was the last time her water heater was installed, and she told them it had been about ten years. But the answer shook the men to the core.

The men discovered that the water heater hadn’t been installed correctly. This caused carbon monoxide to leak into the house. But isn’t carbon monoxide fatal when inhaled over a long period of time?

[dx_custom_adunit desktop_id="RTK_K67O" mobile_id="RTK_5yk0"] The leak was minor enough that it didn’t end Wilson’s life, but it was enough to produce the debilitating symptoms that she felt. But wouldn’t she have been able to detect it early on?

Carbon monoxide is odorless and colorless, and most victims never realize there’s a problem. In some cases, people go to sleep and they never wake up. Fortunately, that wasn’t the case, but were the contractors too late?

The contractors were able to fix the problem so that Wilson would never have to worry about carbon monoxide poisoning ever again. But this woman was ill for 10 years, and she had to figure out if her body would recover.

[dx_custom_adunit desktop_id="RTK_K67O" mobile_id="RTK_5yk0"] Carbon monoxide can cause some serious damage to the heart, the brain, and other vital organs as it deprives the blood of oxygen. In a lot of cases, exposure can be fatal, but why didn’t doctors diagnose this earlier?

According to the US Consumer Product Safety Commission, about 8,000 to 15,000 people get treated in hospitals for carbon monoxide poisoning. But in some cases, the symptoms might be misdiagnosed, which can lead to dire consequences. But was Wilson able to make a full recovery?

"I feel great," she said. "I haven’t been this happy in I can’t tell how long." With the leak fixed, Wilson’s strength had finally started to return. Soon, the fatigue, nausea, headaches, and chest pains were a thing of the past.

[dx_custom_adunit desktop_id="RTK_K67O" mobile_id="RTK_5yk0"] She had started doubting her sanity over the years, but now she had proof that it wasn’t her fault she was bed-ridden. It was the faulty water tank and carbon monoxide leak that had stolen 10 years of her life. But she still had plenty of life left in her.

Wilson had a lot to be grateful for and she definitely owed the contractors her appreciation. Without them, she would have remained a shell of the vibrant woman she once was. But if we’re being honest, this could happen to anyone, really.

Ask any expert, and they’ll tell you that no home should be without a carbon monoxide detector. But make sure they’re near bedrooms and five feet from the ground. That way the detectors can alert you of this silent threat before it can take you and your loved ones out.