How One Woman Survived in the Jungle, Alone and Stranded, for 17 Days

Camila Villafane
How One Woman Survived in the Jungle, Alone and Stranded, for 17 Days June 25, 2019Leave a comment 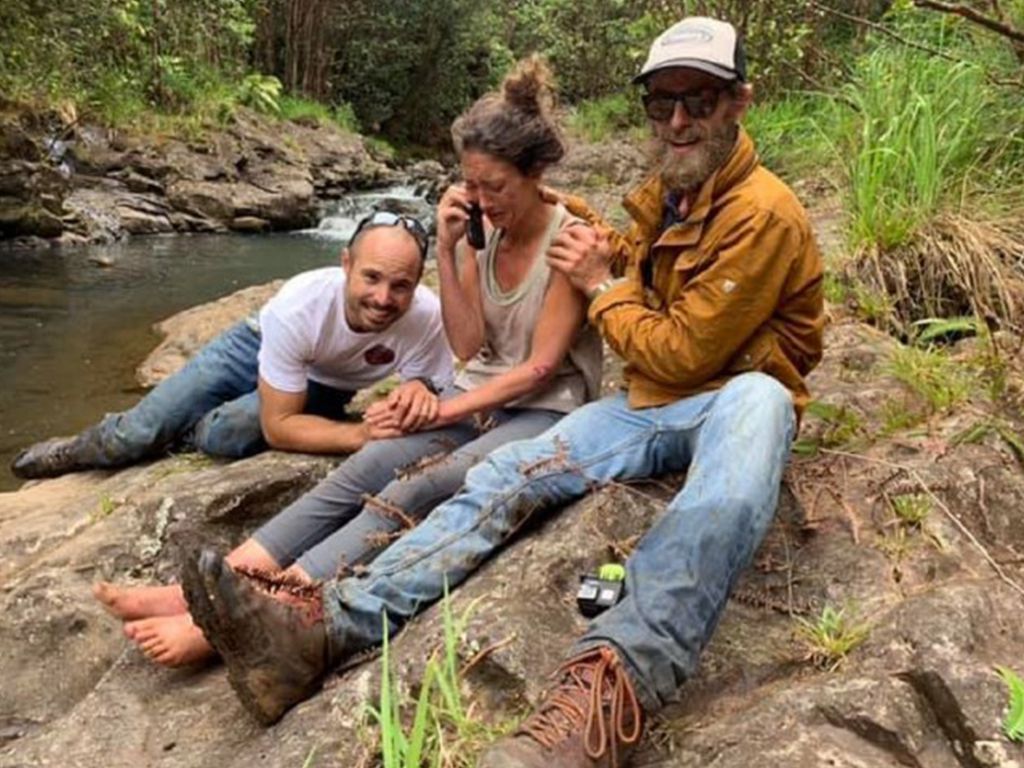 She Just Wanted to Connect With Nature

Amanda Eller hadn’t been to the Makawao Forest Reserve in Maui in several months. In fact, she rarely visited the reserve. But on May 8, 2019, she went on a hike there, not realizing she might not make it out alive...

It Was Supposed to Be a 3-Mile Hike

Eller assumed she’d go on a 3-mile hike and then come back in a few hours. In fact, she felt so safe that she even left her cellphone and wallet in her car. The reason behind her logic was simple: She didn’t want anything distracting her run through nature...

The 35-year-old yoga instructor/physical therapist tried jogging for a bit, but then decided to just walk. Halfway through her journey, she sat down to meditate, but that’s when she felt disoriented and lost her way.

She Was Lost in the Woods

Eller had no idea how to get back to her car. At that point, she started to panic. A part of her even wanted to give up. Fortunately, she had an epiphany and she realized she needed to cool down and gather her thoughts. But first, she had to figure out how to get back to civilization.

She Ran Into Trouble

Eller fell off a cliff about 20 feet and lost her shoes in a flash flood. Her injuries forced her to crawl back. Over the course of 17 days, an exhausted Eller had lost all hope of finding rescues. She drank water from the river and ate any wild fruits and plants she could find. She even slept in a wild board’s den...

On May 24, Javier Cantellops, Chris Berquist, and Troy Helmers spotted Eller in a creek bed from their rescue helicopter. Despite her injuries, she was alert and very surprised to see three of the hundreds of volunteers who had been searching for her.

She Was on the Mend

Eller was taken to Maui Memorial Medical Center, where she was treated for an orthopedic fracture, a skin infection and some burns she sustained in the forest. While on the mend, she created a Facebook video to share her personal ordeal.

She Had to Apologize

Eller felt like she had a lot of things to apologize for. For starters, she called it “irresponsible” that she had called her 17-day ordeal a “spiritual journey” in the beginning. A few online commenters had given her a hard time for taking things so lightly. But there was one other thing she felt sorry for...

She Didn’t Mean to Romanticize It

Eller said she had not meant to make what she went through seem so casual. She also wanted to clarify that she had not been under the influence of any drugs during her journey.

She Was Sorry for This Too

Eller's disappearance led to a major rescue attempt consisting of a helicopter team and hundreds of volunteers and she felt really sorry for the mess she caused. She realized people put their lives on the line to go look for her deep in the forest.

Despite some criticism, Eller's story of survival caught the attention of people around the globe. It’s pretty hard not to admire a resourceful person who used elements in nature to stay alive long enough to be rescued.

Eller's decision to not bring her cellphone or equip proper gear was a mistake from which she hopes other hikers will learn before taking their own journeys in the Maui forests. But for some, this advice came too late...

One Hiker Wasn’t so Lucky

Although Eller's story had a happy ending, the same could not be said for hiker Noah “Kekai” Mina, who went missing in the West Maui Forest on May 20. Rescuers spent little over a week looking for Noah. It turned out he was 18 miles from where Amanda Eller was found.

The Bring Kekai Home GoFundMe page was set up by his family in hopes of raising enough money to fuel the search effort. The page managed to raise $61,091. But sadly, there wasn’t enough money to help Mina.

Time Had Run Out

The 35-year-old was spotted by rescuers nine days after he went missing 300 feet below the fall line of Mauna Kahalawai. Rescue efforts turned into recovery efforts when they found his body. But at least someone knew he was missing, unlike this next hiker who seemingly vanished into thin air...

Victoria Promised She’d Be Back

Victoria Grover, 59, traveled from northern Maine where she resided to southern Utah to go hiking. She got some directions for an interesting trail she found on the map and told the front desk at her guest lodge she’d be back by 8 or 9 o'clock that night. But she didn’t.

It Got Dark and She Panicked

Victoria was ecstatic as she explored the Box-Death Hollow Wilderness and its red rock cliffs and canyons. But then it got dark as she headed back to her car and she panicked. So she walked faster and wound up skidding about 4 feet towards a 20-30 foot cliff.

She Had Another Mishap

Despite the fall, she made it through the night and headed back when the sun rose. But she lost her footing, fell sideways and shattered the bones in her lower left leg. She created a makeshift splint for her leg, but had to drag and scoot her way towards a nearby stream.

No One Missed Her

She was lost for five days until a search helicopter saw her and took her to the hospital. She called her husband. And that’s when he told her no one was looking for her because no one even knew she was missing. But how would a child have fared in her situation?

He Walked Away and Vanished

In 2015, Malachi Bradley was hiking near Paul Lake with his family. But the 10-year-old little boy strayed from his folks to find wild mushrooms to cook with a fish he had caught earlier that day. Then he got lost.

It Was the Worst 30 Hours Ever

Bradley hid within the rocks to avoid the strong nightly winds that are so common in Utah’s High Uintas wilderness. Thankfully, his dad had taught him how to survive in the wild. The little boy's survival skills came in handy, as he was able to withstand the weather while a search and rescue operation went looking for him.

He Made Himself Noticeable

Bradley heard a helicopter flying overhead and headed towards a clearing where he could be easily seen. The helicopter rescued the grateful but starving child and returned him to his anxious family. But at least he didn’t have to do what this next lady did to survive.

She Shattered Her Pelvis

New Zealander/British citizen Claire Nelson was on holiday in California, but instead of enjoying her time off, she wound up fighting for her life after she broke her pelvis. She had fallen from a boulder while she was hiking at Joshua Tree National Park and was desperate for help.

She Did Questionable Things

She couldn’t move and had no signal to call for help. So, she turned a walking stick and a plastic bag into a makeshift umbrella to keep herself safe from the sun. But to avoid dehydration she had to drink her own urine and at one point, she prepared for the worst.

She Had Good Friends

Her friends hadn’t heard from Nelson in so long that they reached out to authorities. Thankfully, a search team spotted Nelson's hiking stick and t-shirt waving to get their attention. As she recovered in the hospital, she joked on Twitter how people focused way too much on what she did to stay hydrated.