How Women’s Working Fashion Evolved in the 20th Century

Kelly McInerney
How Women’s Working Fashion Evolved in the 20th Century May 19, 2020Leave a comment 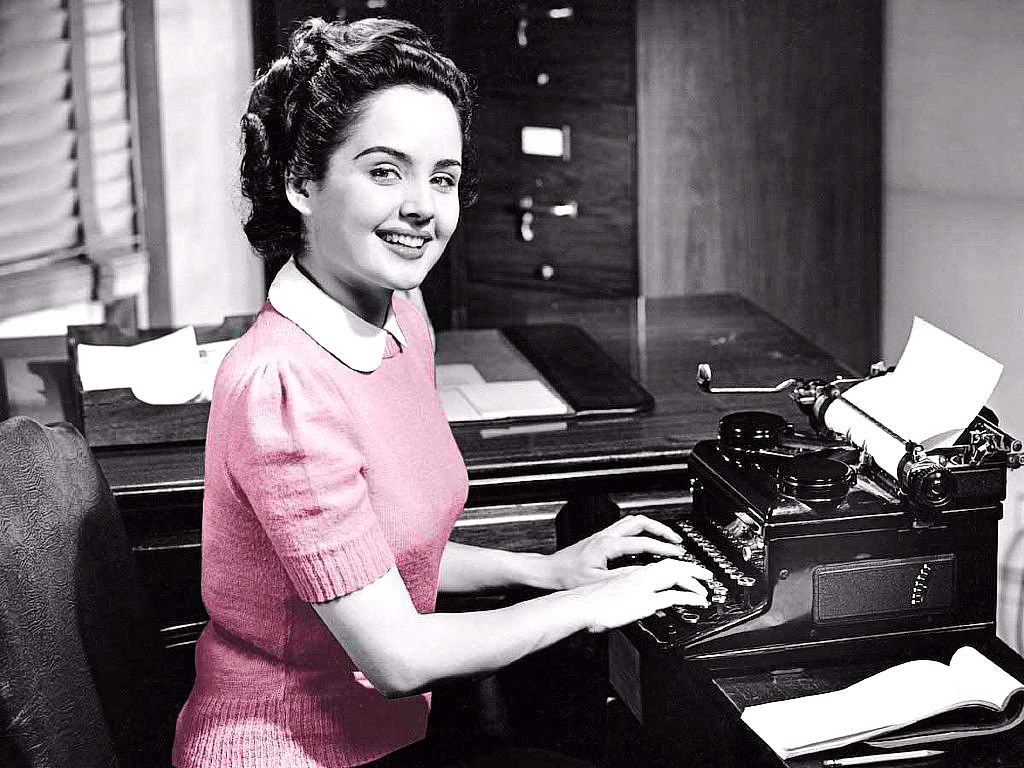 In 1920, legislation passed to provide working women with employment opportunities and pay equal to men, although sometimes, pay still hasn't been equal. Since the '20s, the way women have dressed in the workplace has evolved quite a bit.

From dresses to pants suits, women's workplace fashion has come quite a long way. Let's go through the timeline and see what influenced each major change and why...

Although flappers are most commonly associated with the 1920s, that was far from the style of working women back then. Girls who worked as shop assistants had to dress a little more modestly with a daytime dress or a uniform of shirtwaist dresses with white collars.

Women that did manual labor such as factory work, sewing, nursing, housekeeping or nannying, and foodservice were required to wear specialty uniform coats like a smock or apron over a cotton simple house frock. Here is a woman wearing her apron while working at a radio factory in Philadelphia.

The Depression did little to change things for women in the workplace, in the 1930s three out of ten women were working. And, they were still expected to look nice and wear makeup and skirts. The sales of makeup and cosmetics even doubled in the thirties!

Between 1940 and 1945 women's labor increased by 50%, which is partially due to men going off to war. Women were starting to get jobs that were typically given to men. Thus, their clothing changed to more masculine attire like overalls and pants.

African American Women in the 1940s

African American women began to receive more job options in the '40s, too. These jobs were primarily lower paying housework jobs for white women who then had to go to factories or work away from home. Their attire was similar to other women's and in factories everyone traditionally wore jumpsuits or the same uniforms.

In May 1942, Congress instituted the Women's Auxiliary Army Corps, later upgraded to the Women's Army Corps, which had full military status. Women could then go to war where they wore special utility-style uniforms with hats and jackets. Some women were able to wear pants but most still wore skirts.

During this time, a special poster showing Rosie the Riveter was made for women. Rosie highlighted the outfit women had to wear while working in labor fields like factories while the men were at war. The poster was created to help recruit female workers for defense industries during World War II.

By the 1950s, about one in three women participated in the labor force. The most commonly held positions for women around this time were secretaries, bank tellers or clerical workers, sales clerks, private household workers and teachers.

After the masculine fashion of the 1940s, the '50s brought back the nipped-in waist to create more dramatic feminine silhouettes. Formal workwear was still very conservative, but now they added white gloves and the introduction of the very memorable poodle skirts.

The 1960s had a wave of various styles of fashion, from the pretty and proper Jackie O look-a-likes to the British invading fashion trends to hippie flower children. Even in the workplace, fashion loosened its reigns a little bit and more styles of dress were accepted as the norm.

In the 1960s people had money again to spend on fashion and things they liked, like shorter skirts and bigger hair, and the workplace reflected this. Women wore louder prints and more form fitting attire. Women's workwear had a variety of short boxy jackets, tweed skirts and anything that resembled Jackie O's iconic suits.

The 1960s not only brought its unique, iconic fashion trends to the workplace for women, but it also brought equality. The Equal Pay Act of 1963 amended the Fair Labor Standards Act, aimed at abolishing wage disparity based on sex. It was signed into law on June 10, 1963 by JFK.

Women were able to enlist in the army for the Vietnam war, although the majority of those that enlisted were nurses. Their attire consisted mainly of white skirts and dresses with a nurses cap. Women soldiers wore pants or skirts in a traditional green army color.

The 1960s found women starting to branch out and wear more unique attire so by the time the '70s came along they were really trying to give the male-driven, conservative workplace a run for it's money. The '70s brought a new wave of feminism where more women infiltrated the workplace and wore what they wanted to.

The Women’s Strike for Equality, other protests in 1970s, as well as the court case of Roe v. Wade, which constitutionalized the right to an abortion, proved feminism was more than a trend. Women were finally getting more comfortable choosing outfits they enjoyed and felt good in to wear at work.

When the '80s arrived, fashion was all about making big bright statements, especially in the workplace. Women wore bright colors and bold patterned dresses and suits. Hairstyles varied from slicked back to big and teased, it just depended on how "mod" you wanted to be.

Women's power suits were born in the late '70s, but became quite a staple in the '80s. Power dressing in general was a big thing in the '80s, especially in the workplace. Power dressing consisted of wearing big, bold outfits with jewelry, and extra-padded shoulders in suits and jackets.

After the big statement outfits of the '80s the '90s, fashion went back to a bit of minimalism. Women still wore brightly colored suits but they were less bulky, without the super huge shoulder pads. In the early '90s, big hair and feathered bangs were still in style, but the more the era went on, the more minimal and simple business outfits became.

As the '90s continued, so did minimalism. Simple suits and skirts were paired at offices. Office attire became more and more casual as women in the workplace continued to become equal with coworkers and even bosses of companies.

As we reached the new millennium, women continued to wear similar attire to men but in more form-fitting options, like slacks and button down shirts. Light makeup was usually worn and super-short skirts and tops fell out of style. The term "business casual" became a common phrase to describe attire at the workplace.

As we moved onward into the millennium, jobs at tech companies and start-ups began to increase as more women began to be born utilizing advancements in technology. Those offices had a younger, hip feel as did their employees' outfits. Women could pair their form fitting jeans with blazers and heels and wear them to the office.

Jeans have made quite the comeback into workplaces, especially as more jobs have options to work from home. The major consensus of women's attire at work is just be respectable, don't show extra cleavage or look unprofessional. Feel free to wear a sweater or jeans as long as you look presentable and ready for work.

Since the worldwide pandemic, many jobs have migrated to a work-from-home model where women don't even have to wear jeans, but instead: pajama pants. Some companies entirely function online without video communication, and that is when the whole workplace attire dynamic goes out the window and you can wear whatever you want.

The Future in the Office?

What will the future of women's attire be at offices if some decide to go back to work in person? Will they go towards a more professional direction again with business suits and skirts? It could be that the women who are leaders of companies may retain that workplace attire while their employees can dress more casually.

Or Your Home Office

Or, if the future consists of you working at home, will women dress professionally? Above is what a traditional zoom work call looks like and it looks like women will only have to dress professionally to a degree. It looks like as long as you work, do your job well, and dress in a way that makes you feel comfortable, you can wear almost anything to work nowadays. Working woman's fashion has truly come a long way.