Camila Villafane
Man Who Bought Furniture From a Sale Finds Out That It’s Worth a Fortune December 14, 2020Leave a comment 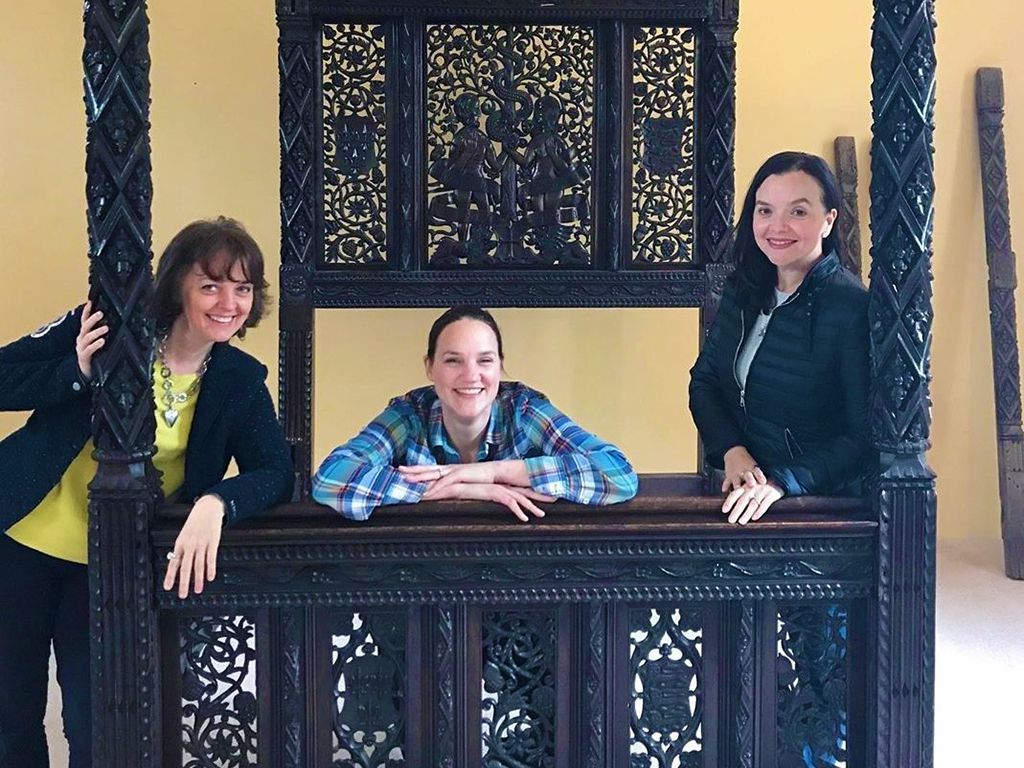 Anyone who has booked a room at the Redland House Hotel in the town of Hough Green in Chester, UK, knows that the once luxurious hotel has seen better days. The building was in major need of some renovation, so the hotel staff paid a construction crew to get to work. They worked all day and night, until they found something out of place.

So, when the staff gave Ian Coulson one of their beds, they never imagined that they were handing over a piece of furniture that was in fact worth a fortune. The piece had been at the hotel for years, but finding out how much it was worth would take figuring out who had slept in the bed before...

The Hotel Used to Be Luxurious

Once upon a time, the Redland House Hotel in Hough Green was the epitome of luxury, but over the years, its red brick exterior and windows started to look a little worse for wear. So, hotel officials decided it needed some remodeling.

Areas of the hotel that were once filled with guests from everywhere on the planet were now filled with construction workers clearing debris. And everything had to go, even common hotel room furniture like a precious item that no one realized was valuable.

They Took an Ornate Bed Apart

Among the various pieces of furniture that were targeted for removal was a beautiful oak bed frame and canopy. However, the work crew wasn’t there to admire the furniture. So, they took the bed apart and carried it to the parking lot a piece at a time. But it didn’t get trashed.

The Bed Had Outlived Its Usefulness

The bed had been part of the hotel’s honeymoon suite for 15 years, and if beds could talk, this one would have had a lot of interesting tales to tell. But it was all over now. And yet, it was impossible to deny that the bed frame was still beautiful.

Someone Saw the Value of the Bed

The bed had intricate details and ornate carvings that really made it stand out. So, auctioneers put it up for auction. That’s when a bed expert from Northumberland saw it, bid on it, and won! But he couldn’t even imagine what he this would mean for his future.

Ian Coulson bid about £2,200, which is approximately $3,000 for the bed back in 2010 and there was a reason for it. He had seen one just like it on the internet that was listed as a 19th-century Gothic revival. But he suspected the listing was wrong.

The Bed Was Older Than It Seemed

Coulson considered himself quite a bed expert, so when he saw the bed frame, he realized something very shocking. The bed wasn’t a 19th-century Gothic revival. Upon closer inspection, he noticed that certain parts belonged to eras that went further back in time.

The Bed Was From the Middle Ages

Coulson examined the paintwork on the bed and concluded that the wood was European oak which had been grown and later imported by craftsmen from the Middle Ages. But was he right about the date?

He Asked a Historian

Coulson suspected that the bed frame was from the 15th century, but to make sure, he sought the advice of a television historian named Jonathan Foyle. But Coulson himself didn’t realize just how special his purchase really was.

Foyle suspected that getting to the bottom of the bed frame’s origin was going to take a year at least. Perhaps more. But he had no issues accepting this challenge because he had his own theory about how old this bed frame was.

The Bed Frame Had Biblical References

In an interview with the Daily Mail, Foyle explained, "Under the varnish, traces of late medieval decoration have been found." The most astonishing decoration was one that depicted King Henry VII and Elizabeth of York as Adam and Eve. And this wasn’t the only biblical reference he found.

Other Biblical Inspired Artwork Were Found

Foyle also discovered other carvings that were Biblically inspired such as the king and his wife being portrayed as Jesus of Nazareth and the Virgin Mary. But there were also carvings of strawberries and acorns, which were considered fertility symbols in the Middle Ages. So, clearly, this bed post once belonged to someone very important.

The Bed Was Made for the Painted Chamber of Westminster Palace

"Evidence suggests the bed was made for the Painted Chamber of Westminster Palace for the marriage ceremony at Westminster Abbey on January 18, 1486," Foyle told the Daily Mail. And yet, he believed that this wasn’t the reason the bed was made, but he had another theory.

Foyle was convinced that the owner of the bed was King Henry VII, who ruled over England from 1485 to 1509 with his wife, Elizabeth of York, by his side. But if Foyle’s assessment was true, then the value of the bed was clearly higher than what Coulson had paid for it.

This bed might have been the same one that King Henry VII and his wife used to conceive Henry VIII, the ruler who was famous for cutting his wives’ heads off. But it wasn’t always easy to keep the bed itself safe from critters.

The Bed Once Had Lice

Back in the day, lice infestation was a major issue. So, the King would add animal fur around the bed to reduce the number of lice and other insects from hopping on. Unfortunately, this wasn’t exactly a foolproof solution. But would residual DNA be the key to confirming Foyle’s theory about the bed’s true origins?

They Performed DNA Tests on the Bed

Foyle and Coulson teamed up to perform DNA tests from the bed’s timber to finally get some answers. The results took a while, but when they finally came in, both men were happy with everything that the data indicated.

The Results Were In

Foyle and Coulson finally had the answers they needed. And as they suspected, the bed wasn’t made in Victorian times. It was built in the 15th century by Medieval craftsmen. Once word got out, everyone wanted it.

It Was a Major Historical Piece

The DNA test results had made the bed frame one of England’s most historically important furniture pieces. So, naturally, museums from all over the country wanted it, and Coulson knew that they would be willing to pay anything to get it.

The Cost of the Bed Went Up

The Bed’s on Display

Coulson was a historian and felt that the bed would serve a higher purpose as a museum piece, so, he donated it to the Hever Castle in Edenbridge, UK. But although the bed was now an exhibit, its journey was far from over.

The Bed Became a TV Star

The bed starred in a BBC Four documentary called “Secret Knowledge: The King’s Lost Bed.” In the special, viewers were able to learn a little more about the bed’s origin and about King Henry VII and his subsequent heir. Eventually, it found a new home.

It Was Taken to Auckland Castle

The bed was later relocated to Auckland Castle in County Durham, where it was displayed at an exhibit called “Tudors: The Power and the Glory” for a short time. And Coulson was very pleased by the bed’s public exposure.

He Was Elated That the Bed Was Being Seen

“I am delighted the bed has an opportunity to be seen and understood by the public at Auckland Castle,” Coulson told Britain magazine. But while the bed seemed destined to go from one castle to another, it eventually did a full circle.

It Moved Around a Lot

The bed moved around quite a bit before it made its way back to Coulson and became a permanent part of his Langley Collection. But he doesn’t mind sharing the bed frame’s historical background with anyone that’s interested.