Matthew Loffhagen
Get Inside the Animal Kingdom — Literally — With These Cool Zoo X-Rays November 12, 2018 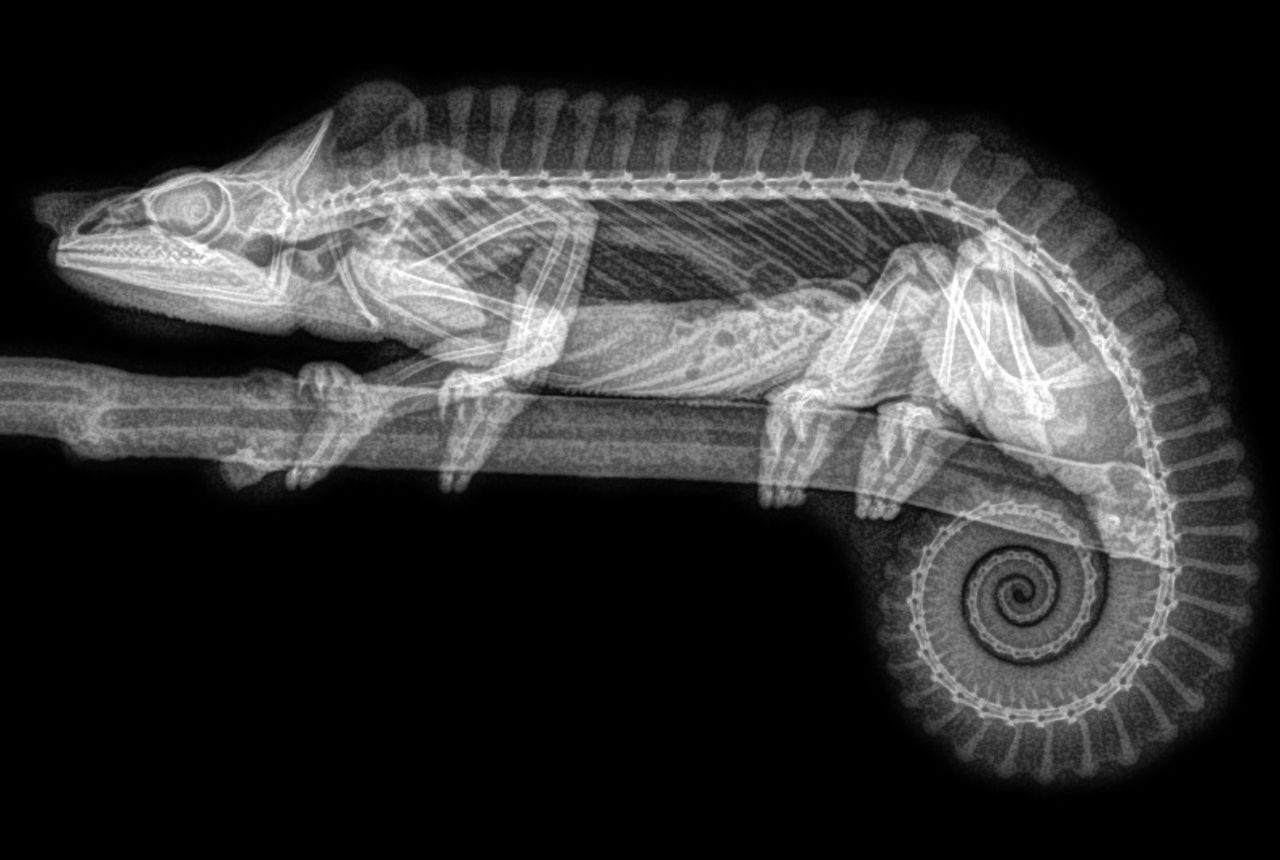 OK, so it turns out that zoo X-rays are awesome. Sometimes, animals get sick, and zookeepers need to know what's going on inside them. But these make for some pretty amazing glimpses at the inner workings of some of nature's more intriguing creations. Check out these real animal X-rays, straight from the San Diego Zoo.

Ever wondered what a crocodile looks like on the inside? Well, now you know. They're just as intimidating as they are on the outside.

[dx_custom_adunit desktop_id="RTK_K67O" mobile_id="RTK_5yk0"] Bat's wings are a thing of beauty. Those long, thin fingers make for an impressive wingspan, even if they do look like something out of a German Expressionist filmmaker's nightmares.

Whoever knew falcons had such long legs? It does make sense, though, considering that they use them as a primary means of inviting down smaller, weaker animals to dinner.

Ready to Race the Hare

It's fun to see not just the inside of a tortoise's shell, but even the tortoise's gooey bits inside. It turns out they're pretty lean in there.

[dx_custom_adunit desktop_id="RTK_K67O" mobile_id="RTK_5yk0"] Here's a good one: a gila monster. This thing looks for all the world like it should be wrecking downtown Tokyo. Just look at those teeth.

Not sure what you're looking at? It's a gazelle's head, viewed from the top. Horned animals appear on so many black metal album covers for a reason.

What both the coolest and the worst thing about this snake's X-ray? Probably the fact that you can see its dinner, still slowly being digested inside it.

[dx_custom_adunit desktop_id="RTK_K67O" mobile_id="RTK_5yk0"] This thing looks pretty silly, right? It is, in fact, a screech owl, a very majestic bird. This is a nice reminder that you can't always judge a book by its spine.

If you guessed that this was a dog's paw, you're wrong. It actually belongs to a tiger. Good luck teaching this good boy to shake hands.

Flamingo legs look pretty much the same on the inside as they do on the outside, albeit without the garish color scheme. Do you even lift, bro?

Curse of the Waterwolf

[dx_custom_adunit desktop_id="RTK_K67O" mobile_id="RTK_5yk0"] The wolf eel's skeleton looks like pretty much what you'd expect if Taylor Lautner bit a fish. Assuming that Taylor Lautner is, in fact, a werewolf in real life.

The little black circle is an air bubble, and, yes, it is a common medical condition for hedgehogs to blow up like balloons and need to be deflated. Nature is weird.

Crunchy on the Outside

The armadillo's scales make it difficult to see what's hiding underneath in normal circumstances. Here it's easy to see the beautiful plates that look just like a real suit of armor.

[dx_custom_adunit desktop_id="RTK_K67O" mobile_id="RTK_5yk0"] This is a dwarf mongood. Sure looks weird, doesn't it? It's especially disconcerting to see all its organs tucked up in its ribcag. But it's probably better than seeing them outside the ribs.

This is a flying fox, and it is both creepy and gorgeous. Just look at those teeth. Dracula's got nothing on this guy.

Ready for the Flying Circus

This ball python's neck looks so flimsy near its head. It's hard to imagine it being able to swallow any large prey, but then, appearances can be deceiving.

Leave It to Beaver

[dx_custom_adunit desktop_id="RTK_K67O" mobile_id="RTK_5yk0"] It's strange to think of a beaver's tail having bones. Logically, they must be there, but the big, flappy appearance of the tail makes it seem like it's made out of rubber. This X-ray is very educational.

Here's a fun fact: All birds today are descended from the velociraptor family of dinosaurs. I don't see a resemblance, do you?

While many people have a hard time telling the difference between turtles and tortoises, it's easy to spot when you view their skeletons. The flipper foot bones at the back are a giveaway that this animal likes to paddle.

[dx_custom_adunit desktop_id="RTK_K67O" mobile_id="RTK_5yk0"] This gecko can drop its tail when necessary in order to avoid getting caught by predators. Even in an X-ray, it's hard to see the join where the tail pops off.

This chameleon picture is awesome. Check out how the tail looks just like a seashell. Presumably, this photo was taken by putting the chameleon in front of a backdrop of X-rays, and it turned invisible to match them. That's how nature works, right?