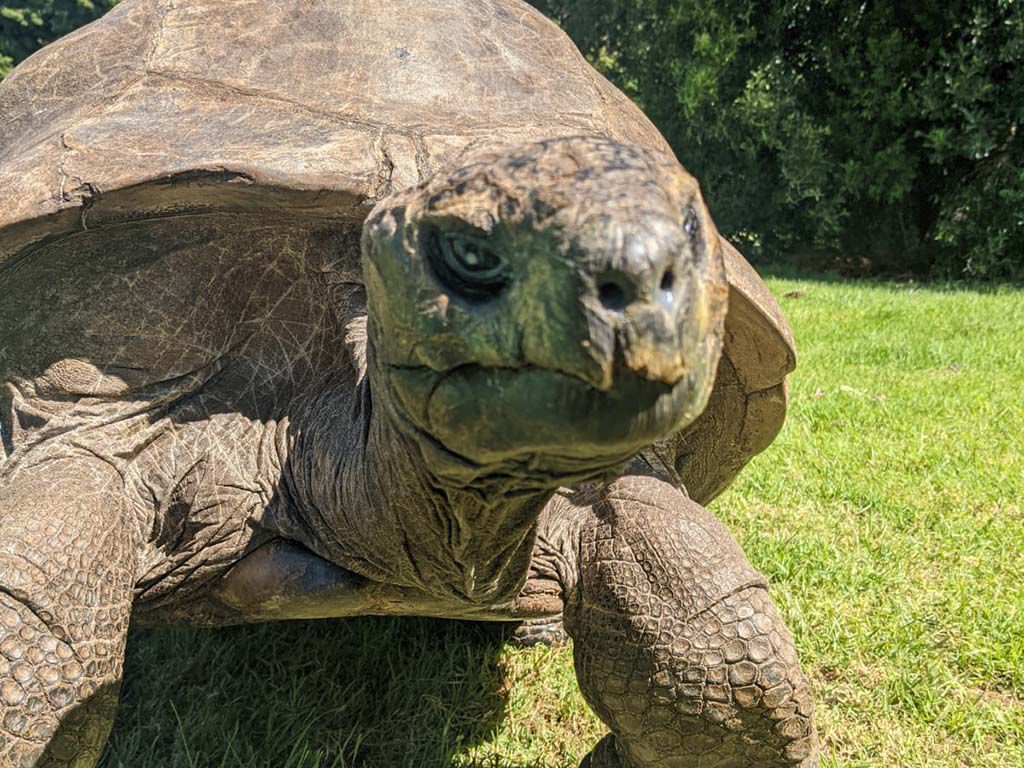 At 190 years old, Jonathan the Tortoise is older than ever human on Earth, but he has also just broken an incredible record. The Seychelles giant tortoise was born around 1832, according to modern records and he has been living at his current residence since 1882.

The tortoise was gifted to governor William Grey-Wilson in St. Helena when he was fully matured, so experts assumed he was at least 50 years old at that time. Although he is experiencing some of the effects of old age including blindness and lack of smell, he still has excellent hearing.

Jonathan was on the Earth far before the invention of the telephone, the photograph, or the Eiffel Tower. In his years, we have experienced two world wars and plenty of global events, but Jonathan has persisted and has even had a few other tortoise friends along the way.

Frederica, Jonathan’s mate and companion since 1991, has been by his side for decades. The two enjoy doing everything together, including eating, sleeping, and roaming the island which they live on.