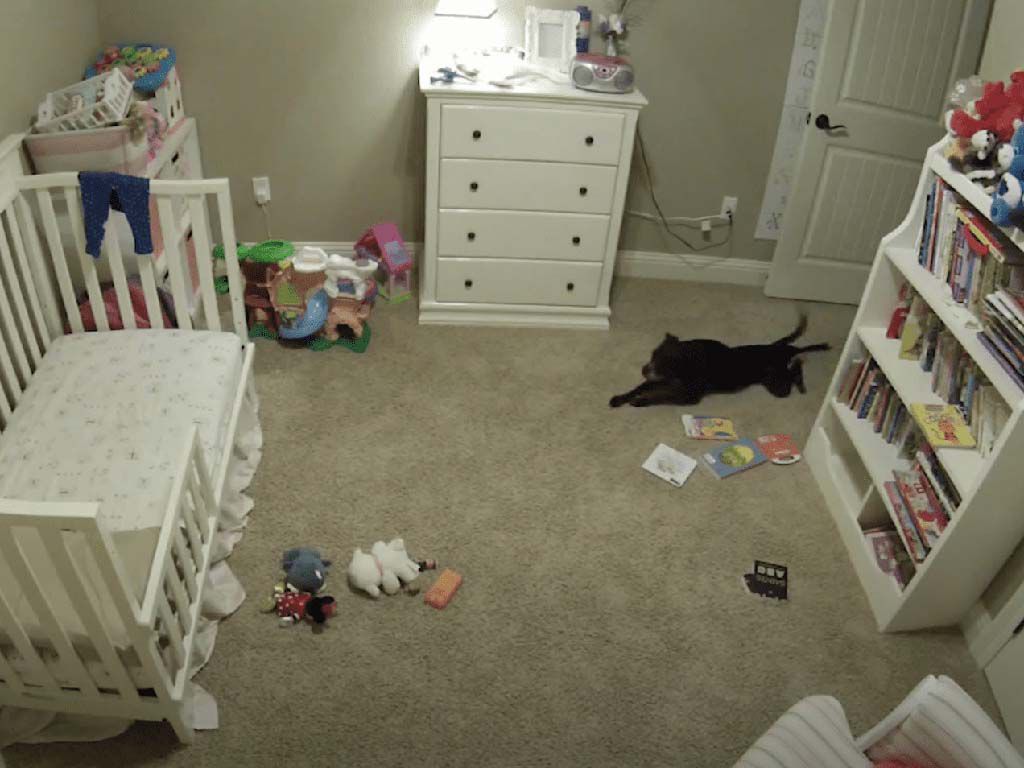 An incredible moment was captured on a nanny camera recently, completely unknown to the camera’s owners. When the parents who owned the camera checked the footage on their Google Nest, they were surprised to find that their dog was relishing his time in the family’s nursery.

The original caption of the video read, “This is my dog, Beef. Beef is not allowed in the baby's room when we are not in there. On this day, the babysitter gave him free roam of the house, so he took full advantage of it. as you can see, he really enjoyed himself.”

Google Nest found the viral video and reuploaded it on their social media platforms. The company jokingly nominated Beef for Best Choreography on their YouTube channel. They were definitely on the dog’s side and celebrated his victorious romp around the room.

The dog running, flailing and rolling around on the carpeted floor also captured the hearts of thousands of people on social media. One viewer commented, “This is so pure.” Another wrote, “You said he couldn’t go into the room via walking. You said nothing about crawling, that’s on you!”