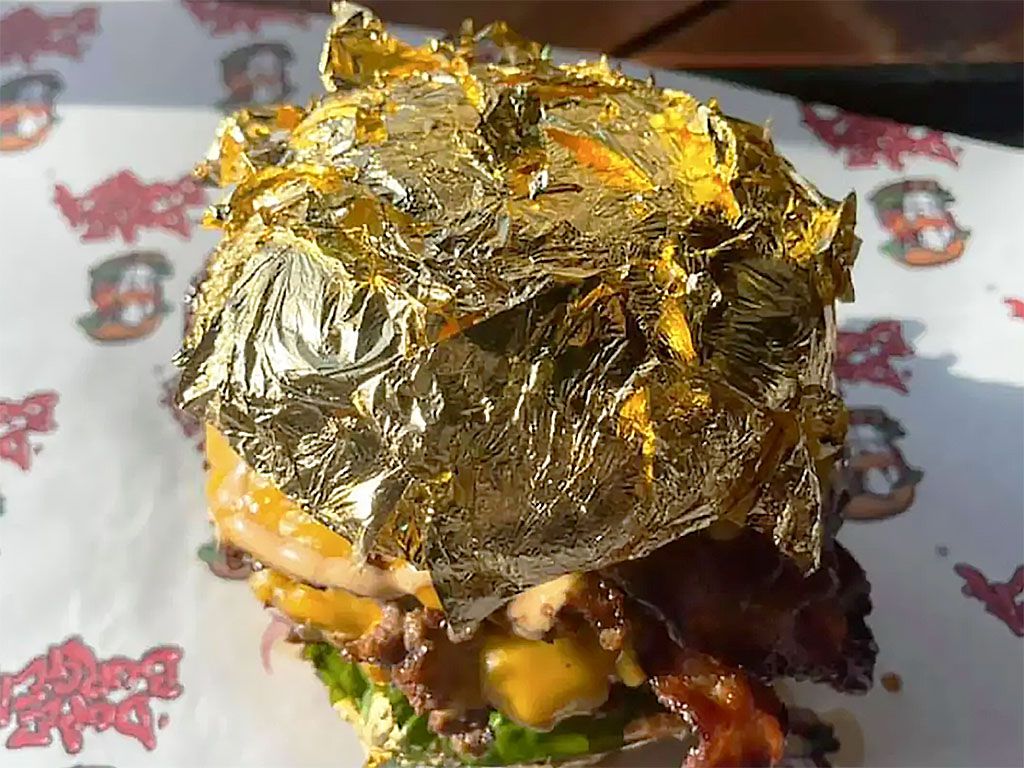 The restaurant, which has two locations in England as well as a third location in the works, shared a video of one of their chefs clad in sunglasses making the golden burger. While it’s still unsure if the item is actually available on their menu, many commenters on Tik Tok expressed interest in trying the burger topped with gold leaf.

The burger itself is nothing more than one of Dope Burger’s signature burgers with a piece of gold leaf on the top bun. The golden sandwich costs £100, or about $114, making it the priciest item on the restaurant’s menu. The burger also costs the same price as Salt Bae’s Golden Burger, which is available at his global restaurant chain. This fact makes the pricing of Dope Burger’s gold sandwich make more sense to viewers who are in on the joke.

Salt Bae also offers a gold-crusted tomahawk steak at his restaurants, which costs a much more pricy $846. Customers who have tasted gold-topped food often say that the gold itself adds no flavor to the dish, so any foodies who miss out on this shiny burger shouldn’t worry themselves.