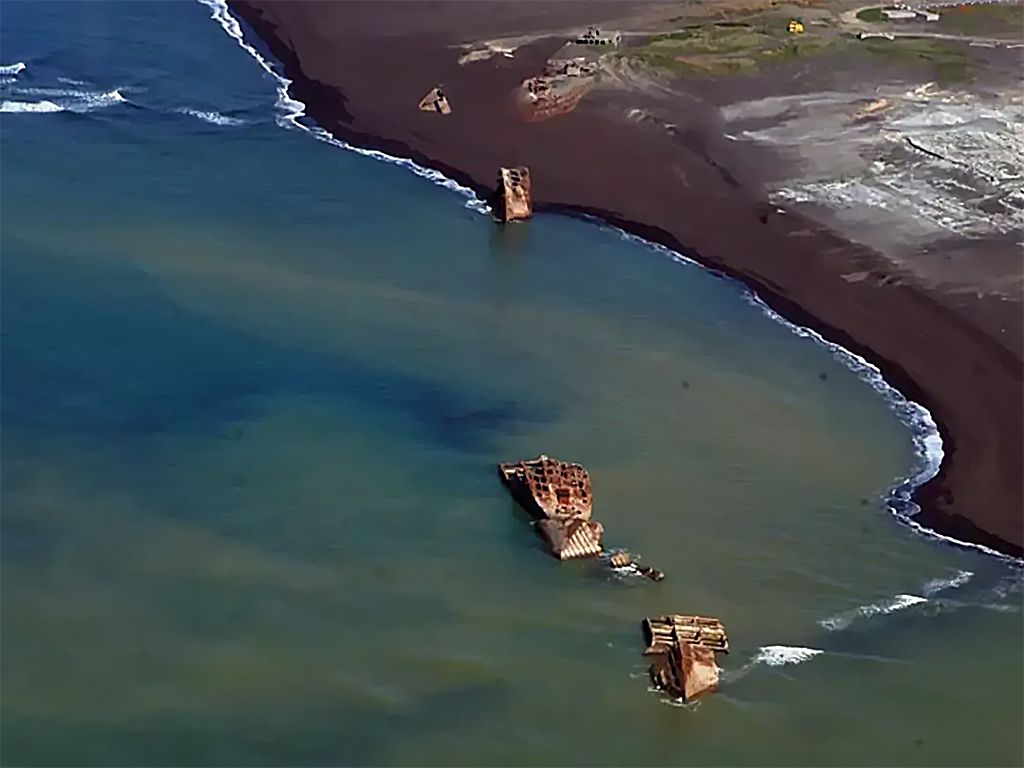 A surge of underwater volcanic activity has brought to the surface two dozen ships that have not been seen since World War II. The ships recently resurfaced onto the island of Iwo Jima, where military personnel identified the wooden vessels.

The volcanic activity also suggests that there may be a volcanic eruption on the Iwo Jima island in the near future. The island is only inhabited by Japanese military forces and has been since the US military returned the island to Japan in 1968. Previously the 24 ships that resurfaced were used during the war in 1945 to shield other boats unloading troops and weapons while preparing for an invasion of US forces.

The aerial images of these ships were released by Japanese news station All Nippon News. The ships are currently lying on a bed of volcanic ash and have not been moved because seismic tremors suggest that the volcanic activity in the area has not yet diminished.

Japan is home to a lot of seismic activity ranging from devastating earthquakes to volcanic eruptions. The recent seismic activity also formed a small island made of pumice and volcanic ash in the Pacific Ocean, although the new island is predicted to vanish soon due to erosion.