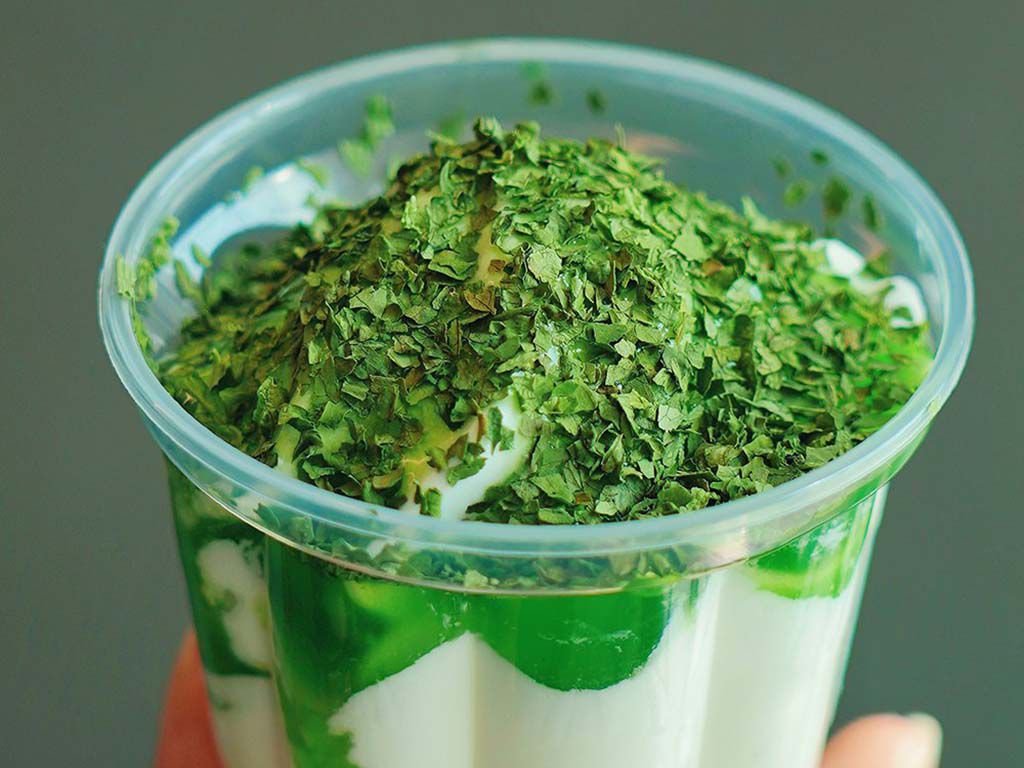 McDonald’s just released a new menu item for their Chinese market and even though it only has a limited release in Asia, people worldwide are sharing their opinions on the green dessert.

The “Cilantro Sundae” is seemingly an ice cream sundae topped with a bright green cilantro sauce and dusted with fresh herbs on top. But the cilantro-based dish is very divisive, because many people experience the taste of cilantro as having a soapy flavor.

Cilantro definitely has mixed reviews across the board. There is even a day dedicated to hating the popular herb. February 24, which coincides with the run of McDonald’s new sundae, is International I Hate Cilantro Day.

It turns out that there is a real medical reason why some people can’t stand the taste of cilantro, and it all comes down to genetics. People who taste a soapy flavor when eating cilantro have a variation in a group of olfactory-receptor genes that result in the strange flavor of the herb.

The reviews of the new dessert are in and while it has a strong flavor, people who have had it wouldn’t describe its flavor as cilantro. Twitter user @icepervocaloid wrote, “I bought one, pretty good. But it is more like lime&mint but not cilantro.”