Waiter Impresses the Internet by Carrying 33 Plates at Once

Sarah Knieser
Waiter Impresses the Internet by Carrying 33 Plates at Once January 10, 2022Leave a comment 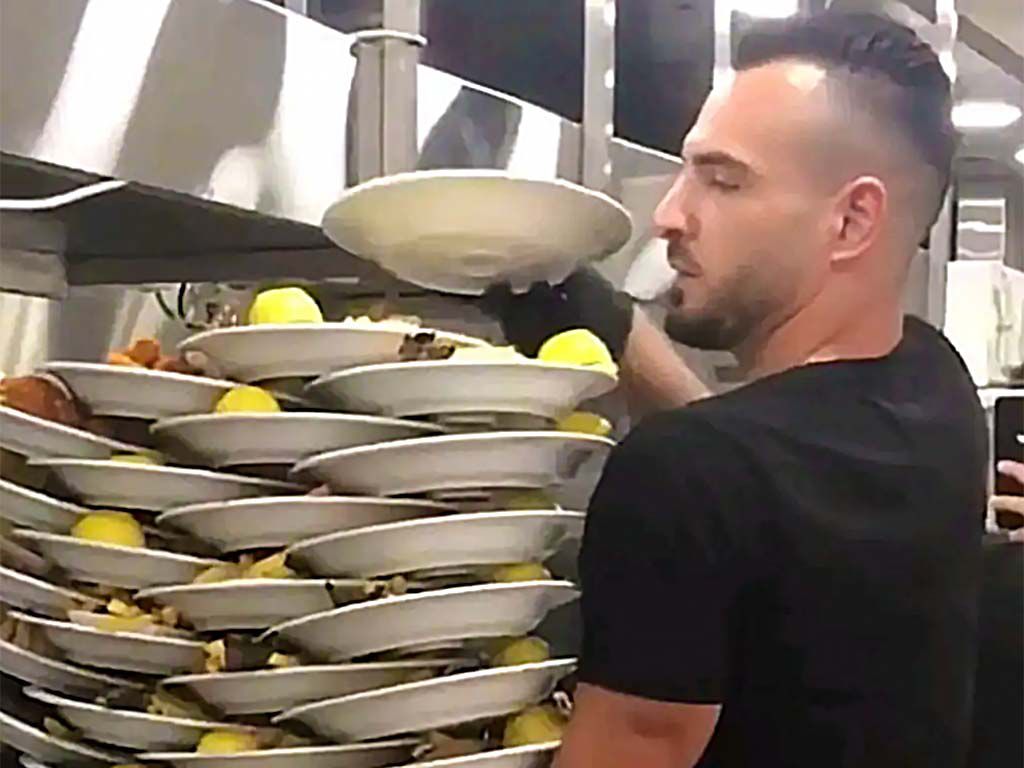 The waiter, whose name is Mohammad Zeedat, was able to balance all of the plates on just one of his arms by stacking them in a circular formation. While some people who viewed the video worried that this technique would squish the food on the bottom of the stack, it’s possible that stacking them this way put the force of gravity on the side of each plate.

Zeedat told the internet his reasoning for pulling the stunt, saying, "Why go back to the kitchen again and again when you can serve all the customers in one go?" And while some people have felt that same urge while trying to carry all of their groceries inside at once, few people would be able to accomplish what Zeedat did without some assistance.

The impressive waiter caught the attention of many people online, who all felt the same relief when Zeedat was able to take the food to the dining area of the restaurant and start handing out plates. After all, we’ve all seen someone take a tumble while carrying a tray of drinks and it’s obvious that anyone who works a food service job should be applauded.