Quiz: How Well Do You Remember These John Hughes Films? 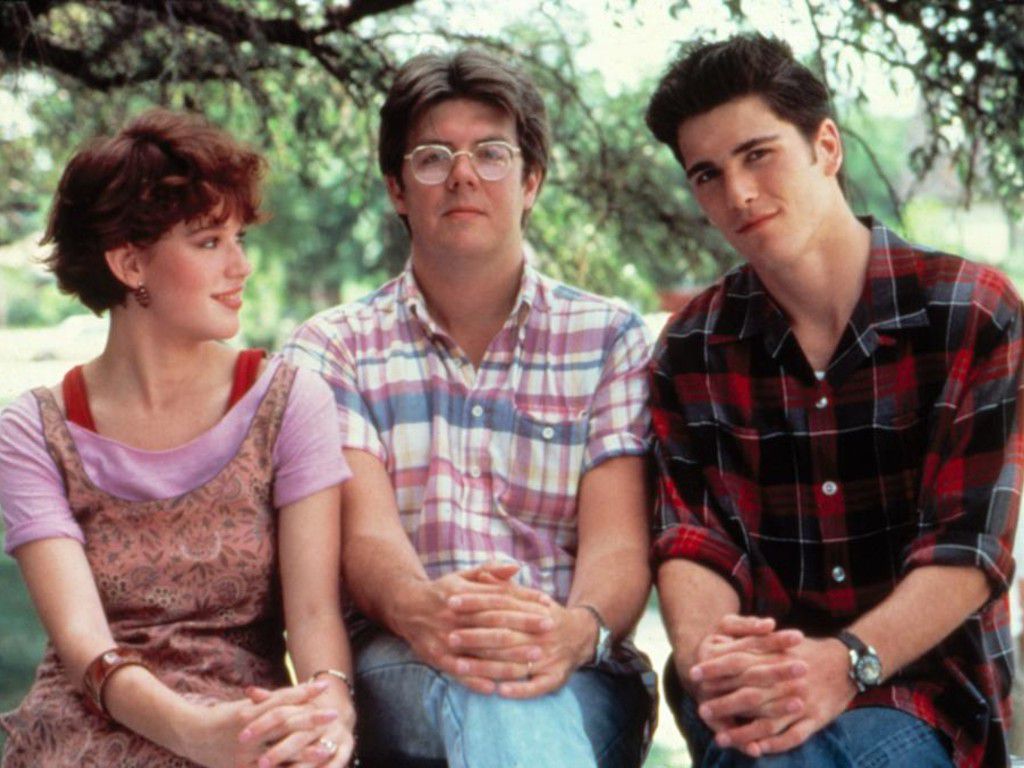 John Hughes is known for creating movies about teenagers for teenagers. He could capture adolescent life and translate that to the screen with ease. Although John Hughes wrote over 25 screenplays, he only directed 8 of the movies he wrote.

John Hughes films have stood the test of time and are considered classics. “Ferris Bueller’s Day Off” and “The Breakfast Club” are iconic, but how well do you remember these John Hughes movies? 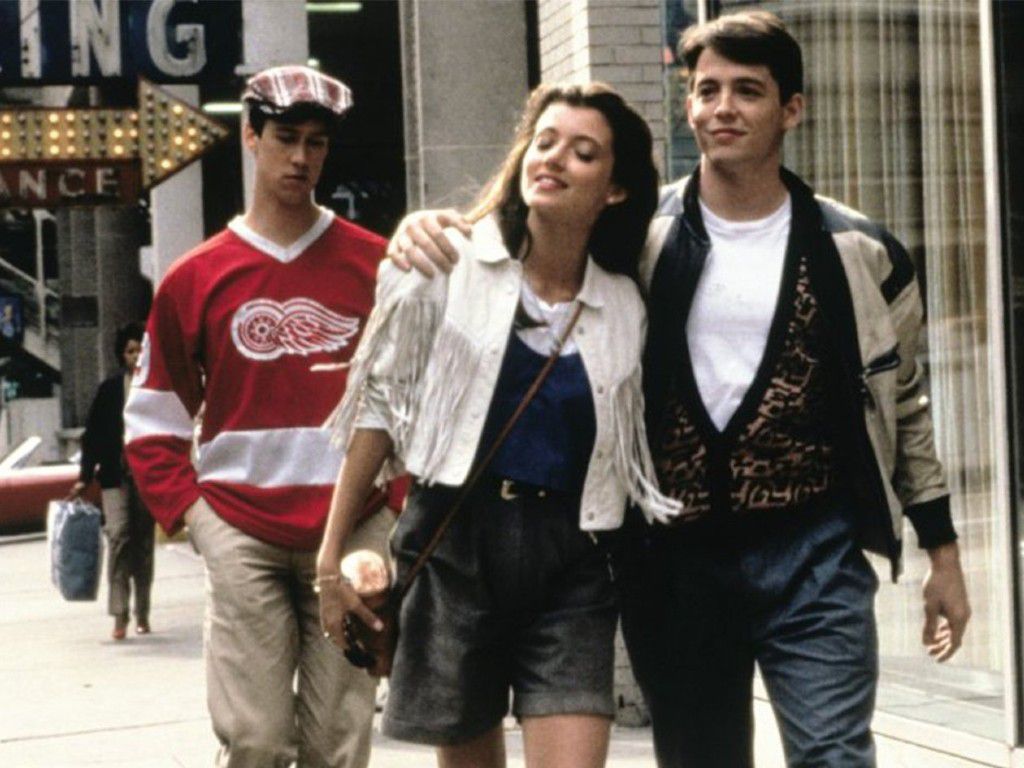 Scroll to next question
When Ben Stein does his class lecture on supply-side economics, it was intended for him to speak off-camera. It wasn't until John Hughes heard the laughter from his student actors that he put Ben in front of the camera.
0%
0
0

Which of the following was NOT one of the places Ferris, Sloane and Cameron went on Ferris Bueller's day off from school? 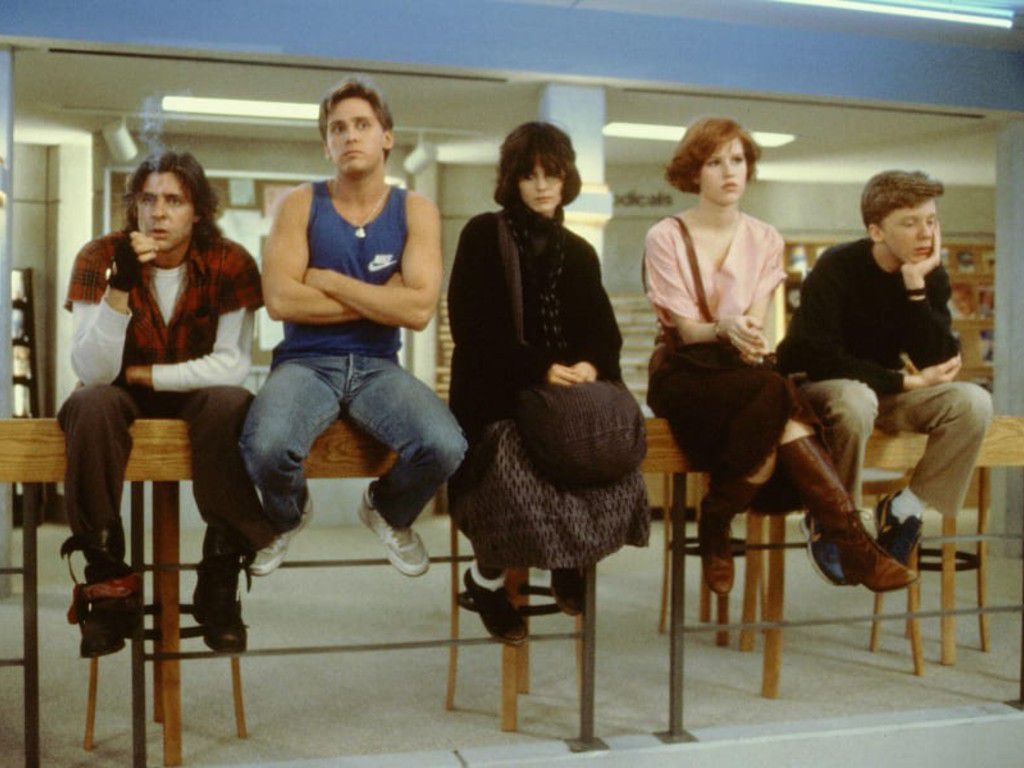 Scroll to next question
Maine North High School, located in Des Plaines, Illinois, served as the primary filming location for "The Breakfast Club." Ironically, the school was used for the interior of the high school in "Ferris Bueller's Day Off." However, the exterior for the school in the film was Glenbrook North High.
0%
0
0

What was the name of the town in which "The Breakfast Club" took place? 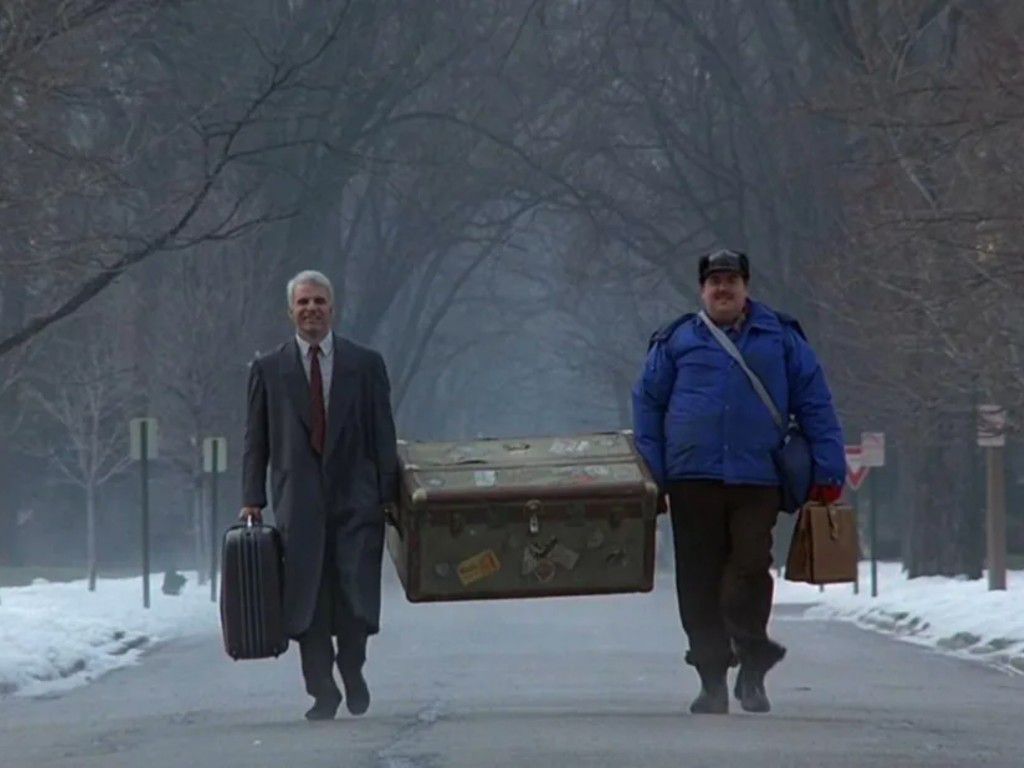 Scroll to next question
Howard Deutch, who directed John Hughes' "Pretty in Pink" was slated to direct "Planes, Trains and Automobiles." But once Steve Martin signed onboard, John Hughes took over the role of director. Howard Deutch went on to direct "The Great Outdoors."
0%
0
0

The main characters are trying to get home in time to celebrate which holiday in "Planes, Trains and Automobiles?" 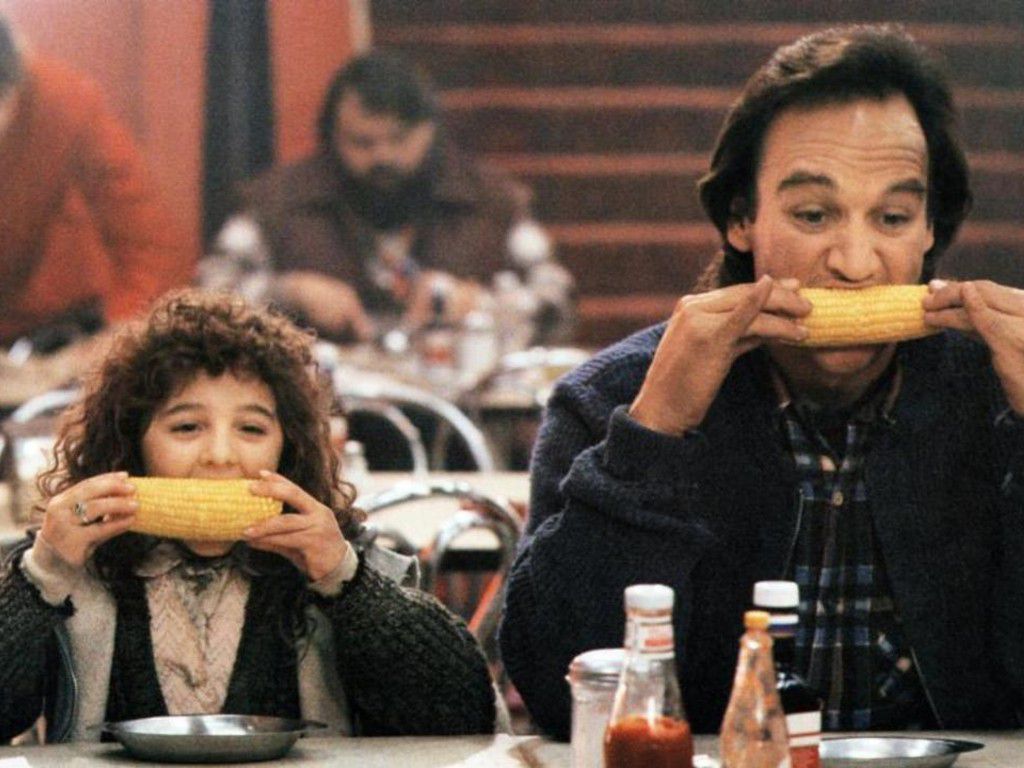 Scroll to next question
In 2015, Alisan Porter opened up in an interview on OWN about her life as a child star and her struggle with addiction. The following year, Porter appeared on "The Voice" singing "Blue Bayou." She was picked by Christina Aguilera to join her team.
0%
0
0

Who played Sue in "Curly Sue?" 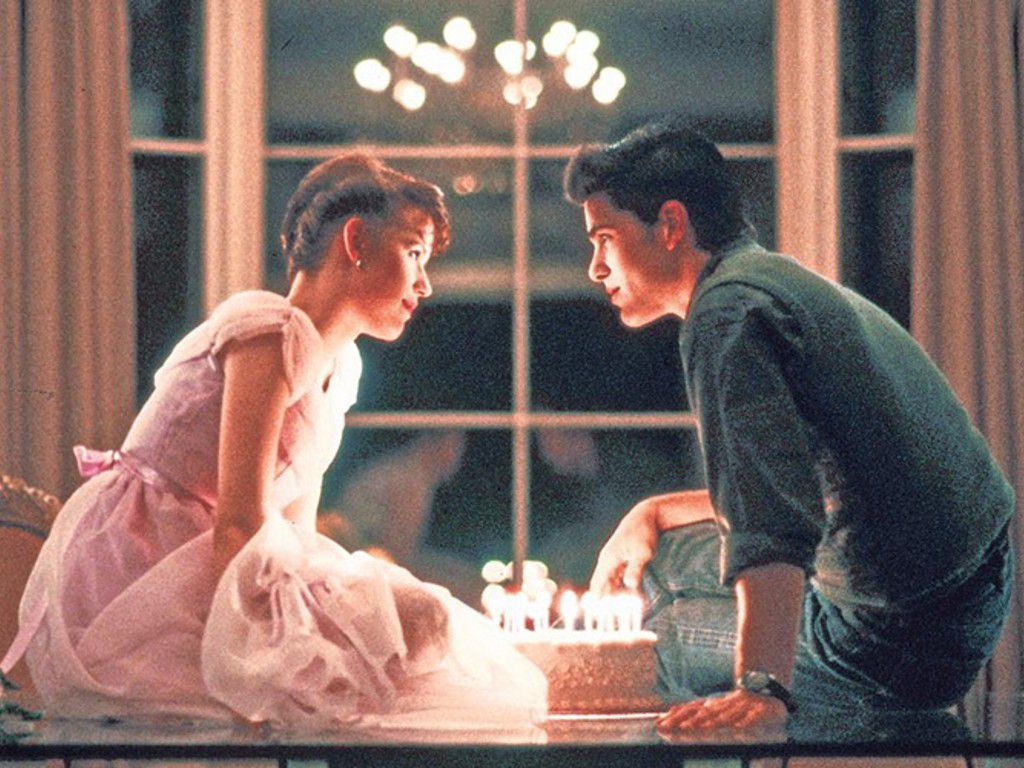 Scroll to next question
Michael Schoeffling, who played Jake Ryan, beat out Viggo Mortensen for the role. Molly Ringwald wanted Mortensen as she thoroughly enjoyed her screen test with him. At the time of filming, Ringwald and Anthony Michael Hall were 15 while Schoeffling was 23.
0%
0
0

In "Sixteen Candles," what is the name of Jake Ryan's girlfriend? 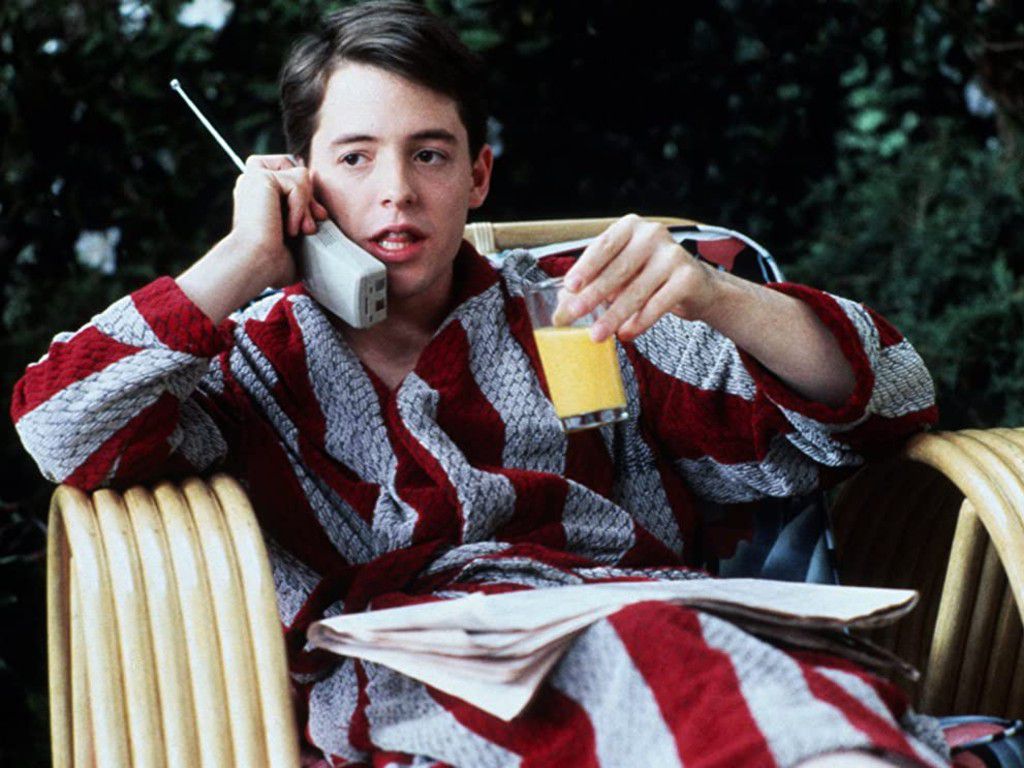 Scroll to next question
Alan Ruck's impersonation of Sloane's father was his attempt to make Matthew Broderick crack and break character. The inspiration behind the voice was Broderick's impersonation of their "Biloxi Blues" director Gene Saks. When Saks would get upset and storm off, Broderick would mimic him.
0%
0
0

How many absences does Ferris Bueller have before he changes it to only 2? 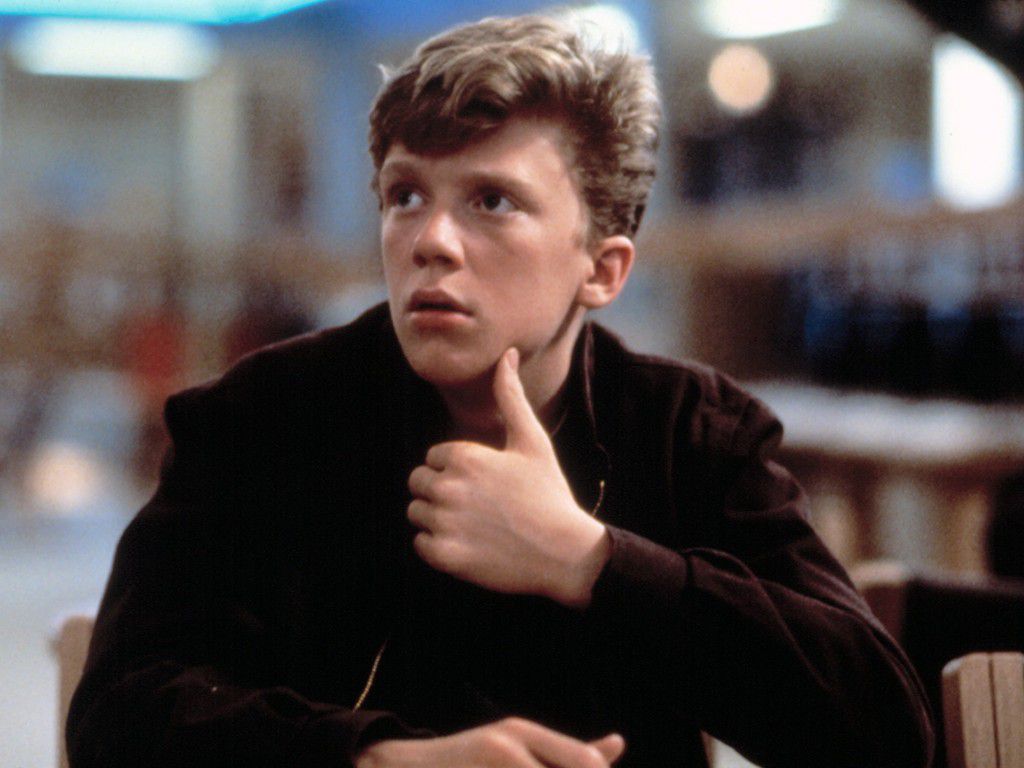 Scroll to next question
When "The Breakfast Club" began casting, John Hughes knew that Anthony Michael Hall would be perfect for Brian. However, he intended for Molly Ringwald to play Allison. She later convinced Hughes that the role of Claire was better suited for her.
0%
0
0

Brian fixed his fake ID to make himself how old in "The Breakfast Club?" 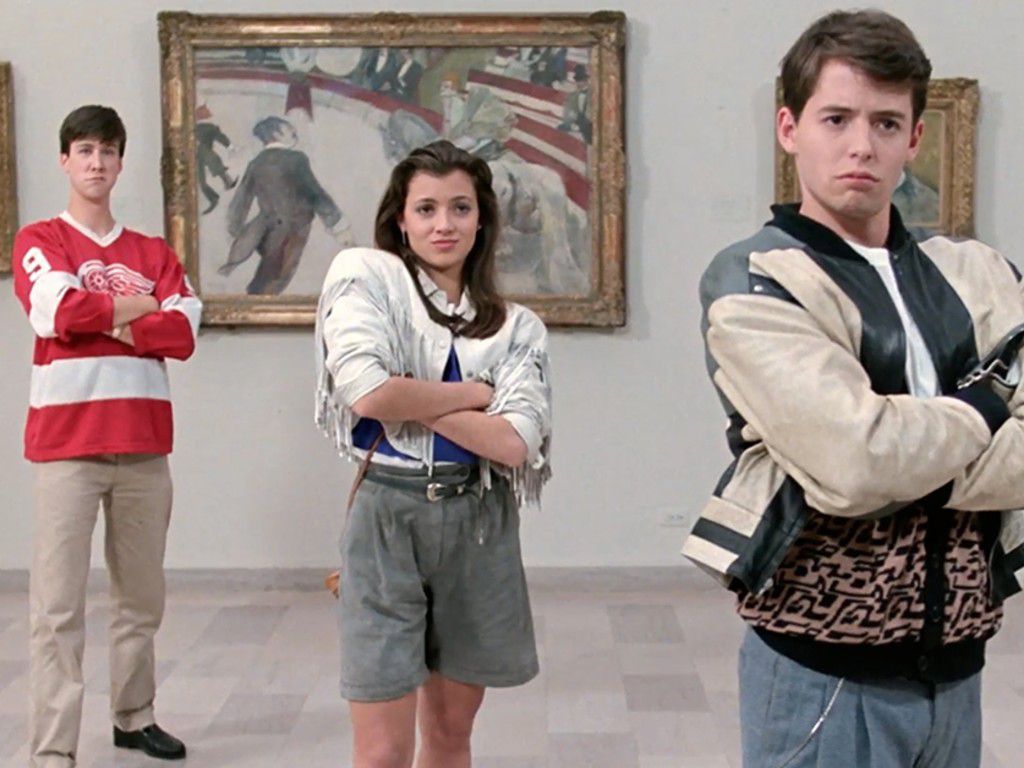 Scroll to next question
Cameron's father's Ferrari was not real. It was a Ferrari 250GT California Spyder replica manufactured by Modena, and production crews created three for filming. In 2013, one of the cars sold for $235,000 at an auction in Monterey, California.
0%
0
0

Which type of snack do Ferris and Sloane eat in the hot tub during "Ferris Bueller's Day Off?" 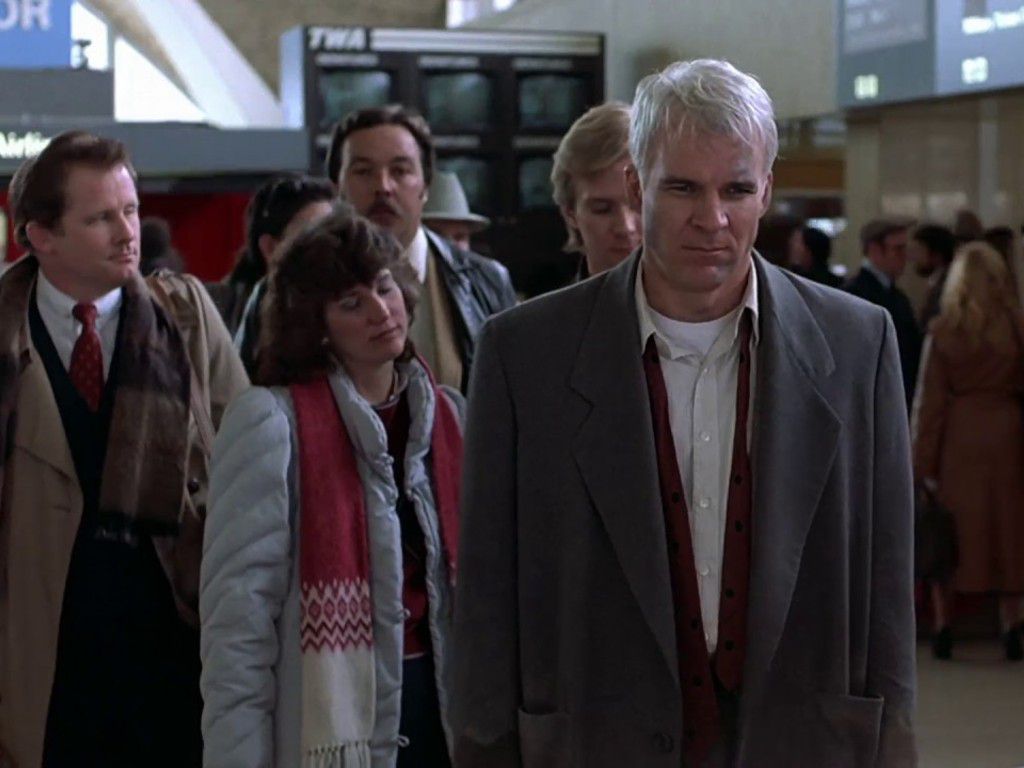 Scroll to next question
There's a scene in the film in which Neal's wife is lying in bed watching TV. The movie she's watching is coincidentally the John Hughes film "She's Having a Baby," which did not get a theatrical release until February of the following year.
0%
0
0

Who makes a cameo when he races against Steve Martin for a cab in the first scene of "Planes, Trains and Automobiles?" 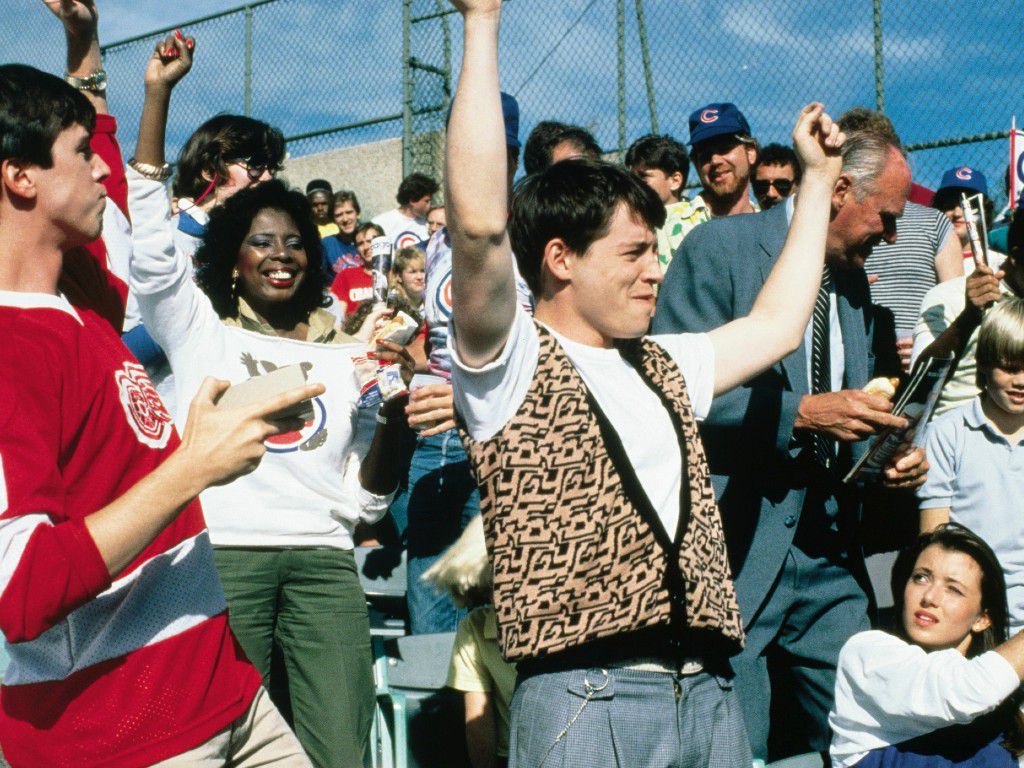 Scroll to next question
Matthew Broderick and Alan Ruck were close friends before they worked on "Ferris Bueller's Day Off." Though Broderick is six years younger than Ruck, they both played characters of the same age in the Broadway show "Biloxi Blues." So, Ruck's agents convinced the producers of the film to let them both audition.
0%
0
0

What class would Ferris and Cameron be in if they played by the rules and were not at the baseball game? 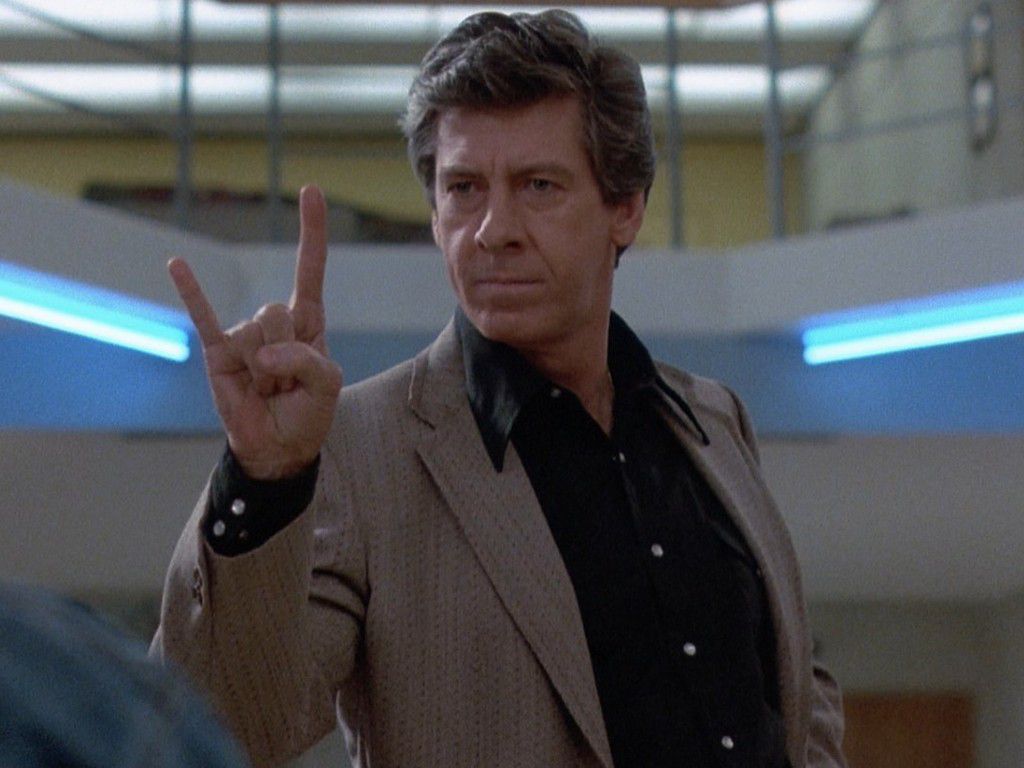 Scroll to next question
John Cusack was the original choice for playing bad boy John Bender. He auditioned for the film multiple times before being cast in the role. However, John Hughes stated that Cusack didn't have a threatening demeanor, so he was dropped in favor of Judd Nelson.
0%
0
0

In "The Breakfast Club," during his confrontation with Bender, how much did Vernon claim to earn in salary each year? 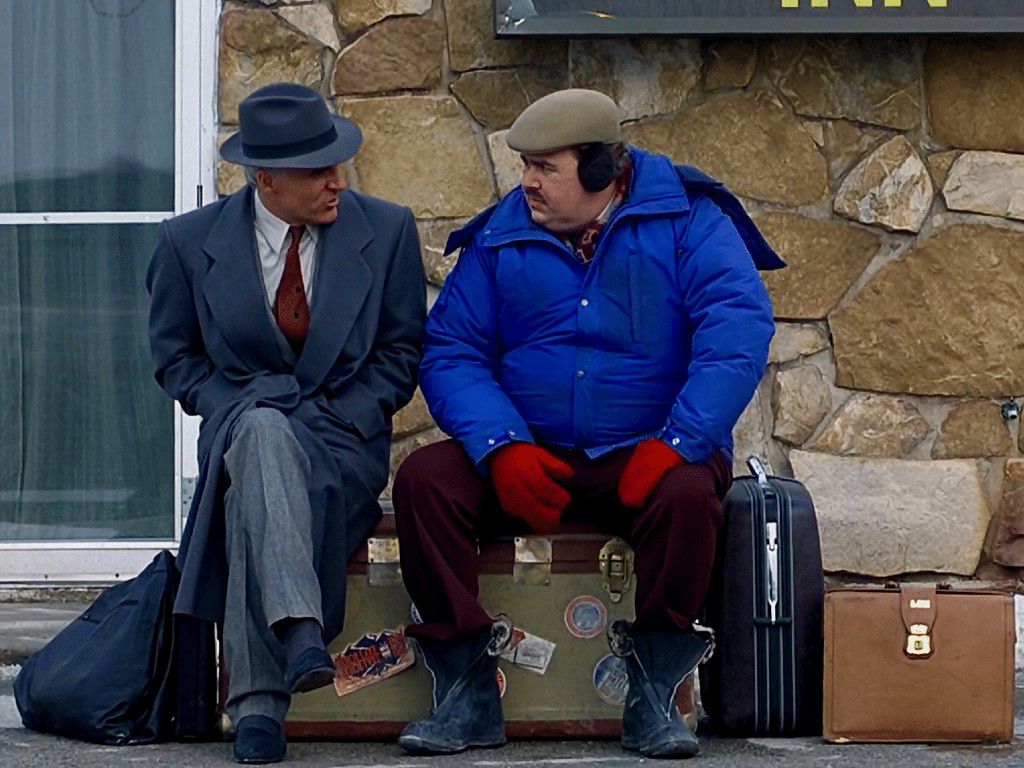 Scroll to next question
"Planes, Trains and Automobiles" was inspired by John Hughes' life. Before working in Hollywood, he worked as a copywriter in Chicago. One winter, he tried to travel from New York City to Chicago within a day, but didn't return home until five days later.
0%
0
0

In "Planes, Trains and Automobiles," what does Del Griffith sell for a living? 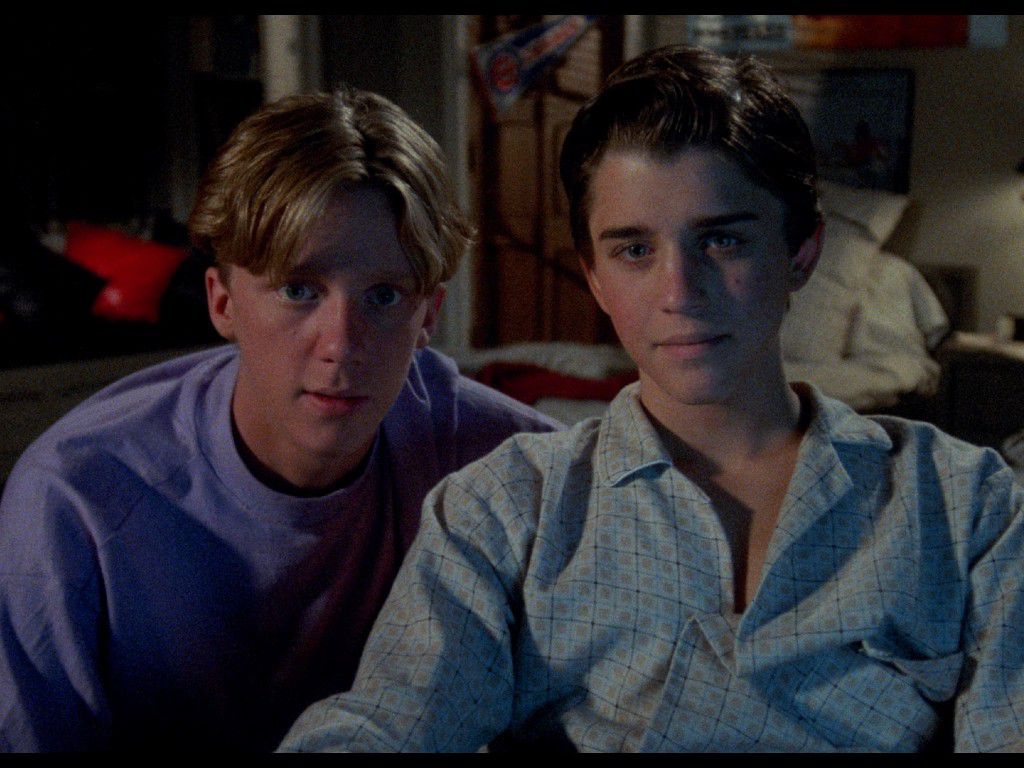 Scroll to next question
Ilan Mitchell-Smith played Wyatt in "Weird Science." Before appearing in the film, he attended the prestigious Joffery Ballet School after winning a scholarship. He is currently a professor at Cal State Long Beach, where he teaches medieval English literature.
0%
0
0

In "Weird Science," where did Wyatt's parents go? 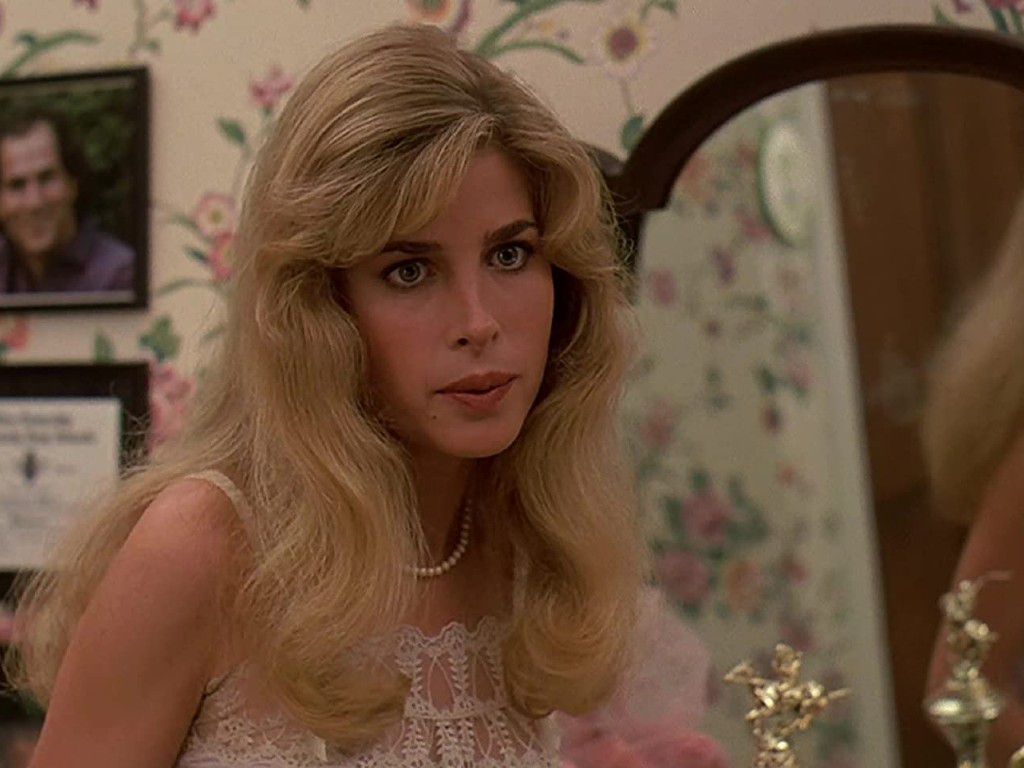 Scroll to next question
The infamous finale scene where Jake Ryan gives Samantha a birthday cake seems romantic, but in reality, that cake is cardboard. Perhaps it was due to budget cuts, or the heat on set, but it's a miracle that it didn't catch on fire.
0%
0
0

How many bridesmaids does Ginny have in "Sixteen Candles?" 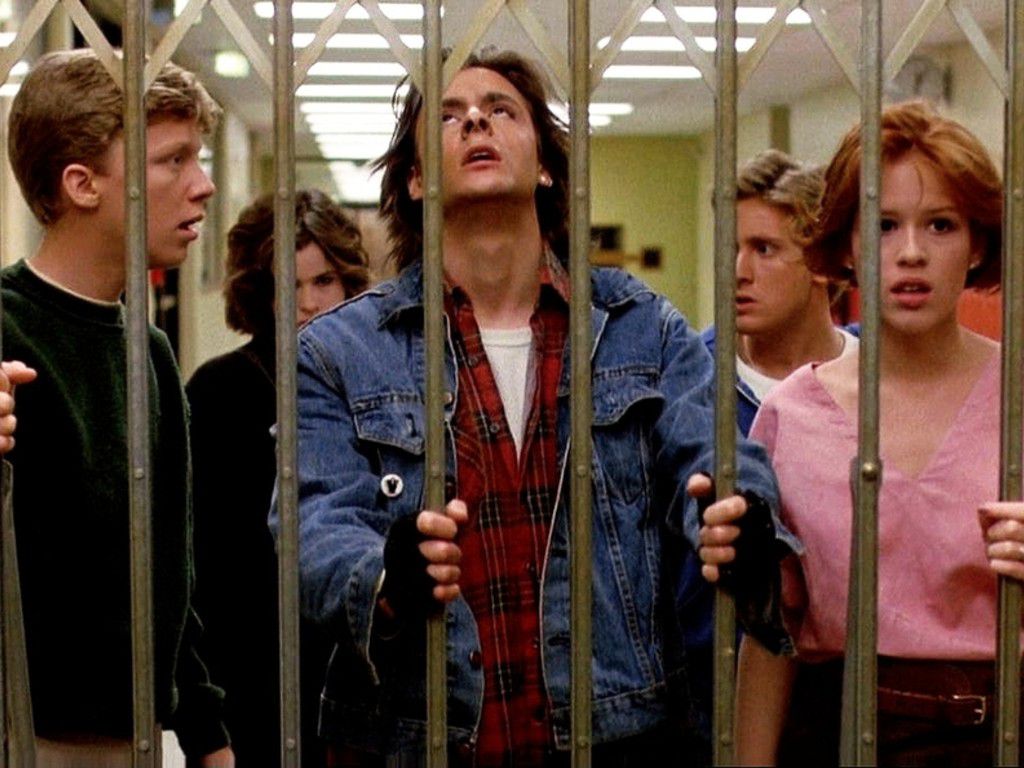 Scroll to next question
Ally Sheedy met John Hughes when she auditioned for "Sixteen Candles." At the time, she had two black eyes from a set building accident. When Hughes was considering actors for "The Breakfast Club," he remembered Sheedy's 'gothic look' and brought her in to audition.
0%
0
0

"When you grow up, your heart dies," is a line said by which character in "The Breakfast Club?" 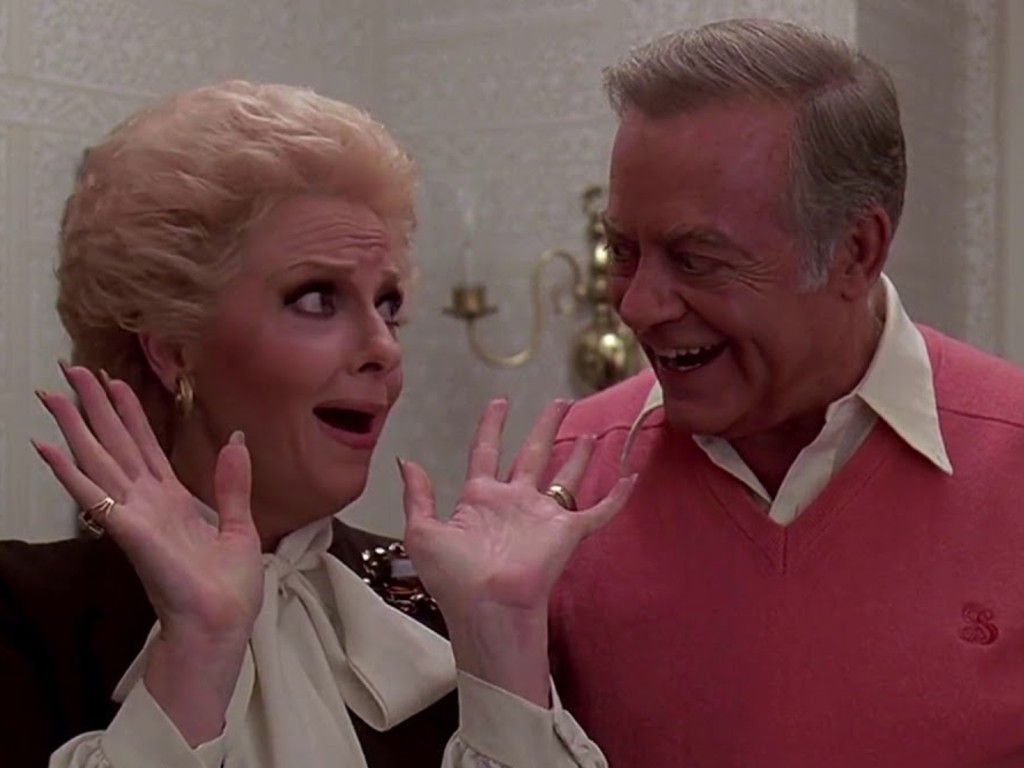 Scroll to next question
When they filmed the school dance in the gymnasium, air conditioning was not allowed due to budget cuts. It got up to 100 degrees on set, making it unbearable to film these scenes. The production experienced the same problem on the set of Sam's bedroom.
0%
0
0

What reason does Samantha tell her grandparents that she has to go to the dance in "Sixteen Candles?" 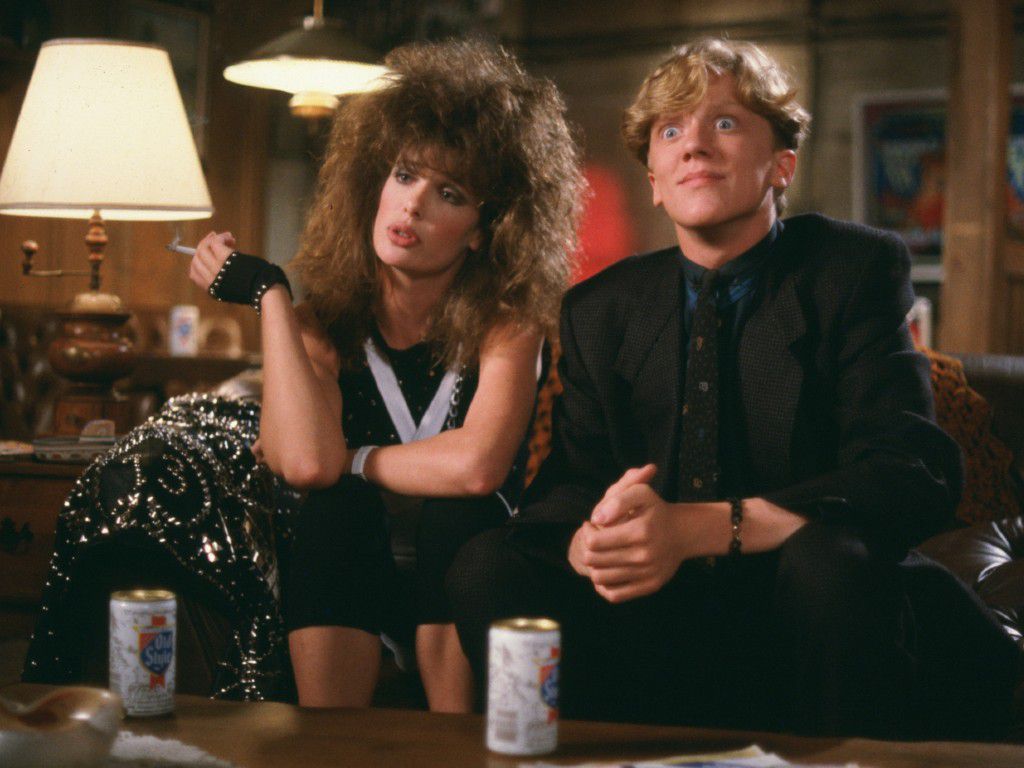 Scroll to next question
Anthony Michael Hall did not appear in "National Lampoon's European Vacation" because he chosen to do "Weird Science" instead. This began the tradition of the Griswold kids being played by different actors in each film.
0%
0
0 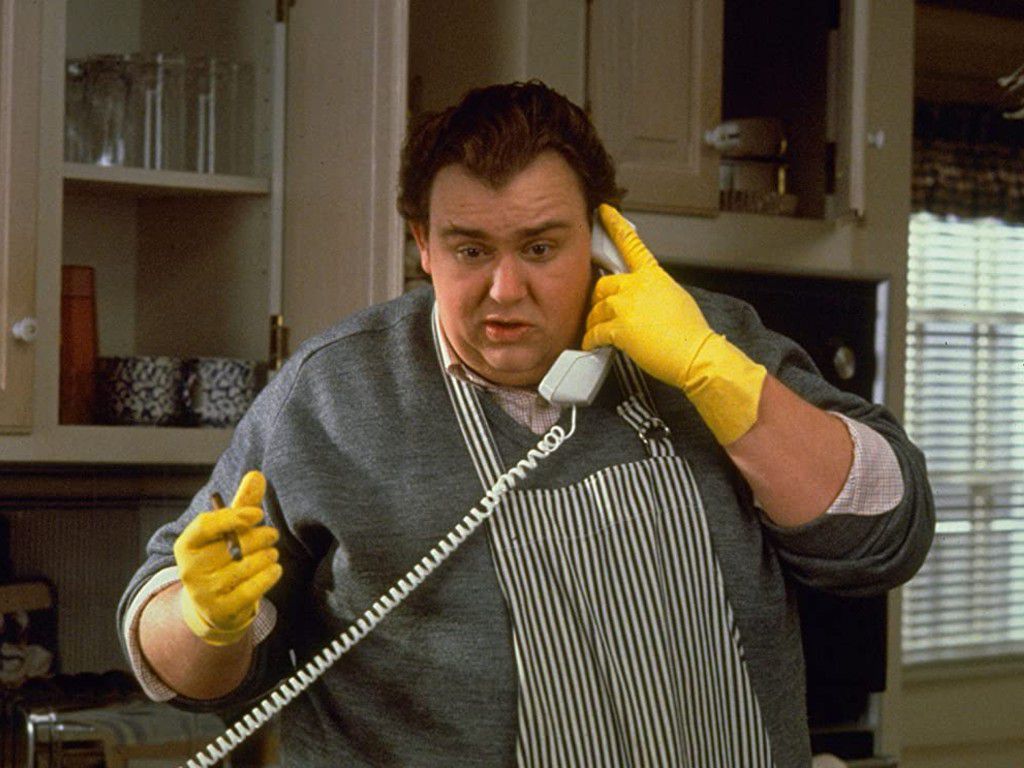 Scroll to next question
Anna Chlumsky, who is most famous for starring as Amy Brookheimer on "Veep" and opposite Macaulay Culkin in "My Girl" makes a cameo in "Uncle Buck." In the classroom scenes, you'll find her sitting next to Maizy.
0%
0
0

In "Uncle Buck," what does Uncle Buck call his car? 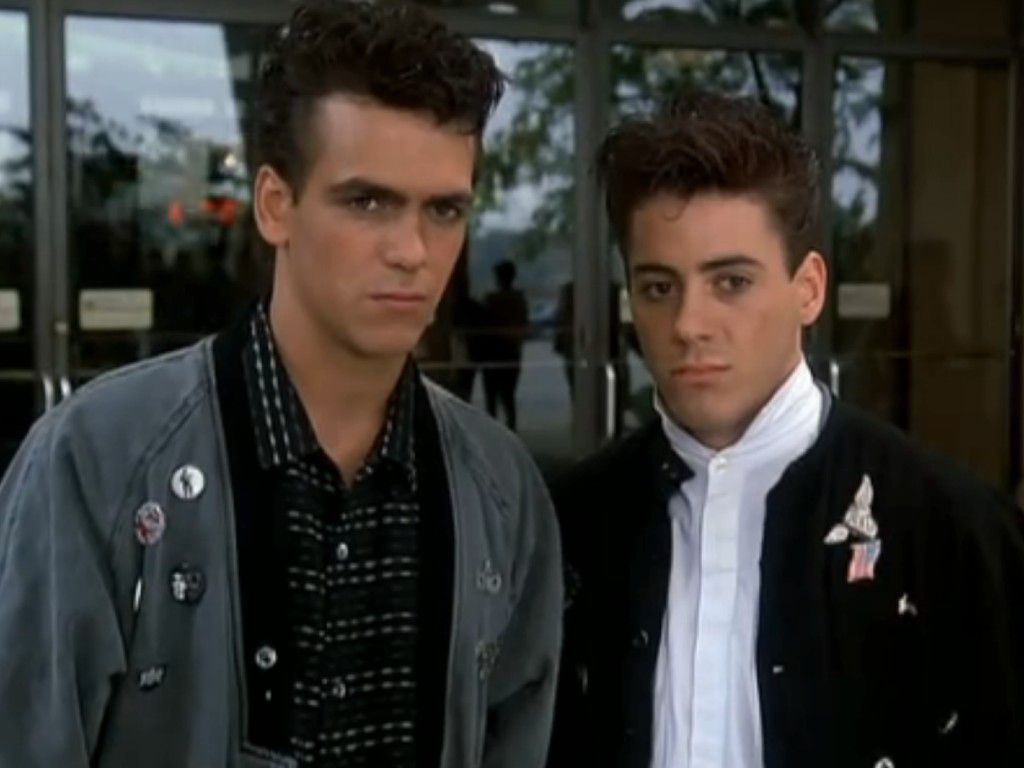 Scroll to next question
Movie titles change when films get international releases and "Weird Science" experienced some fun title changes. In Japan, the film is called "Electric Venus." In Russia, people know it as "Oh, This Science." And in Germany, it was titled "Cool Magic with Lisa."
0%
0
0

In "Weird Science," what flavor ICEE do Max and Ian pour on Gary and Wyatt at the mall? 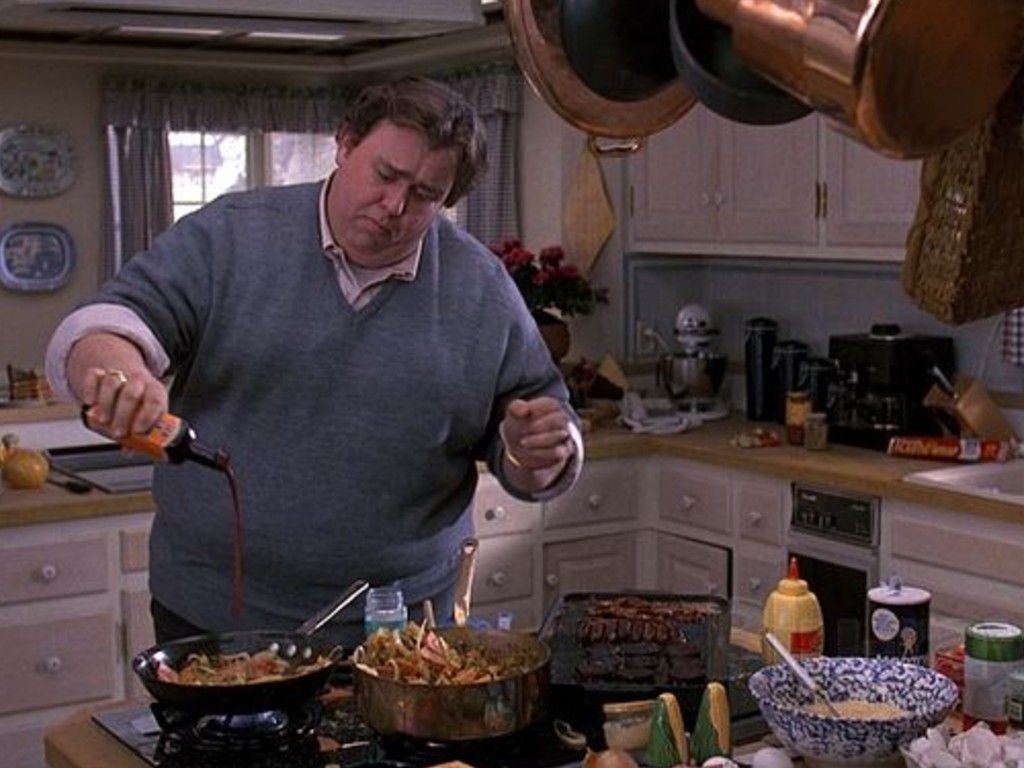 Scroll to next question
John Candy appeared in more movies written or directed by John Hughes than any other actor. Candy appeared in "Uncle Buck," "Planes, Trains and Automobiles," "The Great Outdoors," "Career Opportunities," "Home Alone," "She's Having a Baby" and "National Lampoon’s Vacation."
0%
0
0

Uncle Buck made a birthday breakfast consisting of which gigantic food? 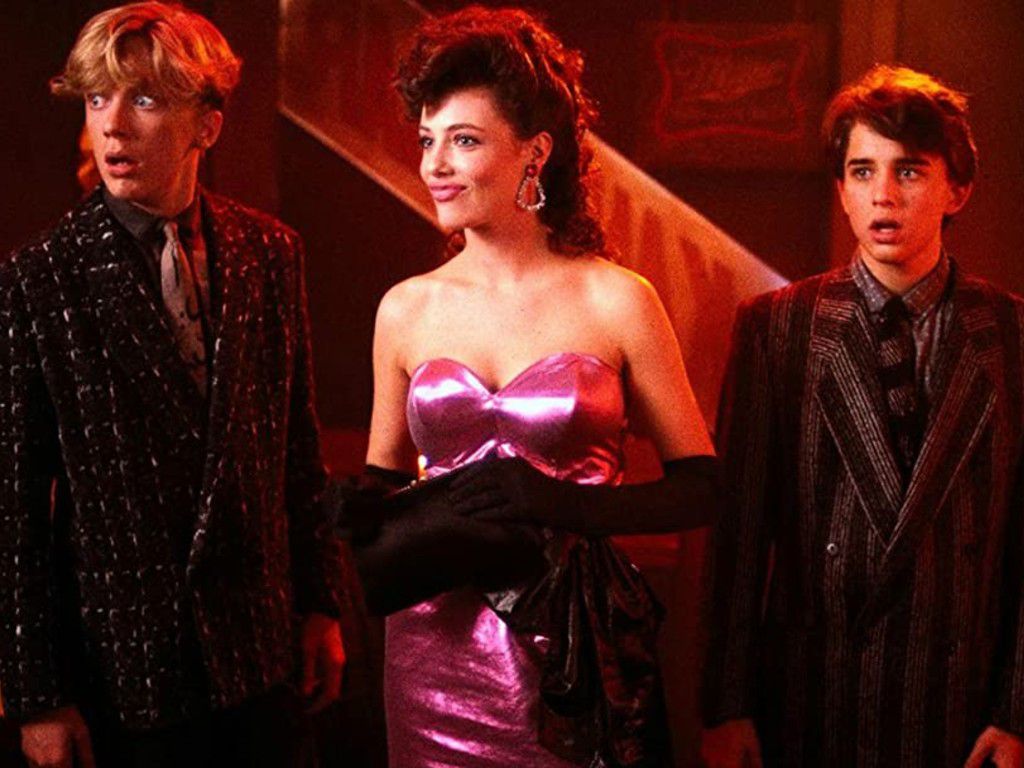 Scroll to next question
The name for Lisa came from an early Apple computer. Released in 1983, the 'Apple Lisa' was the first personal computer specifically designed for business users. However, marking it with a price tag of $9,995 didn't help with sales.
0%
0
0

Who did Gary and Wyatt name Lisa after in "Weird Science?" 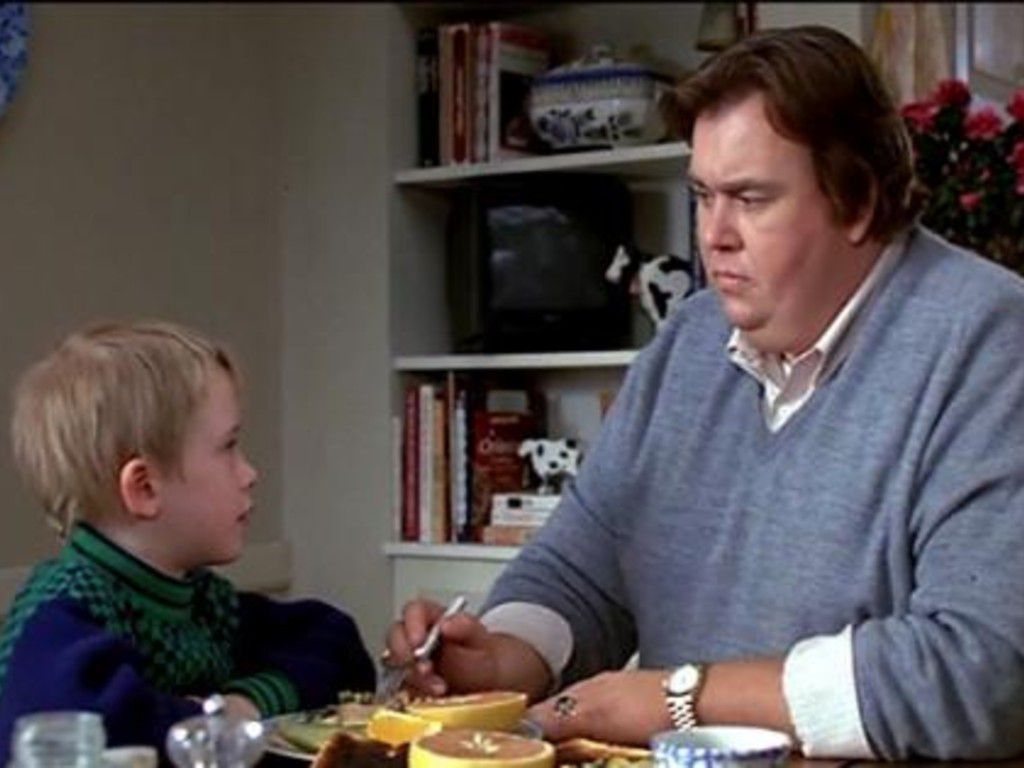 Scroll to next question
A scene from "Uncle Buck" actually inspired John Hughes to write "Home Alone." There's a scene in "Uncle Buck" in which Macaulay Culkin, who plays Miles, interrogates Chanice through a mail slot. Sound familiar?
0%
0
0

How much money does Uncle Buck give the Assistant Principal to have 'a rat chew the mole off of her face?' 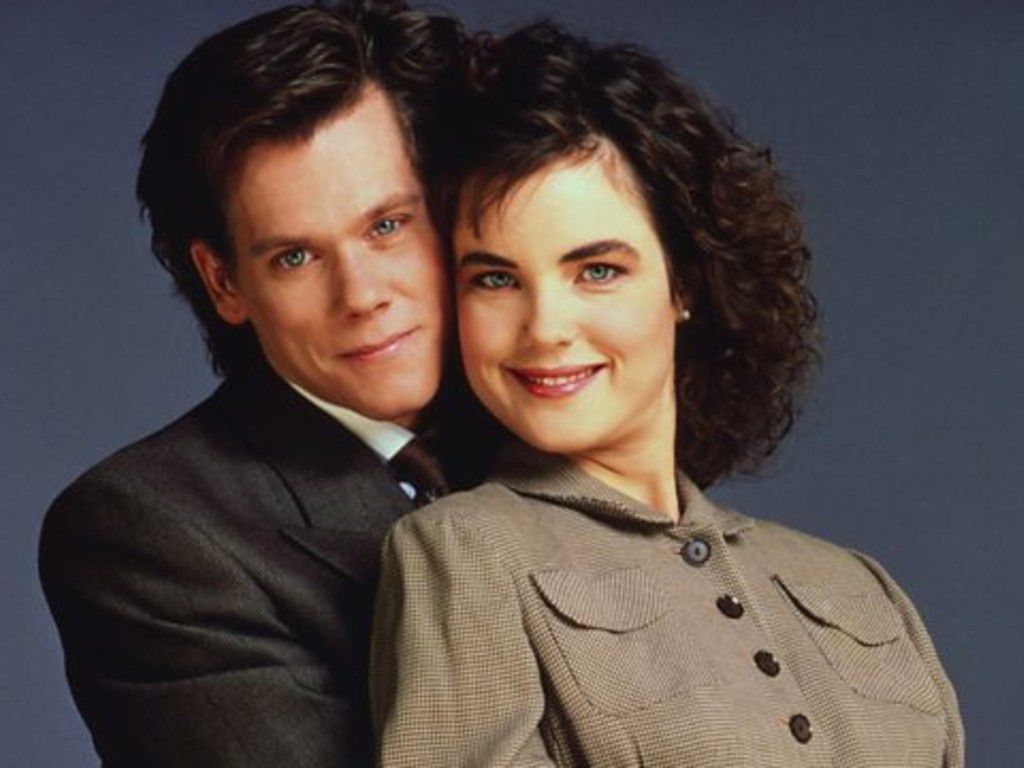 Scroll to next question
Elizabeth McGovern starred opposite Kevin Bacon in this Hughes film. Elizabeth is probably more well-known for her time on "Downton Abbey," on which she plays Cora Crawley, the Countess of Grantham.
0%
0
0

What is the name of the John Hughes film in which high school sweethearts transition to married life? 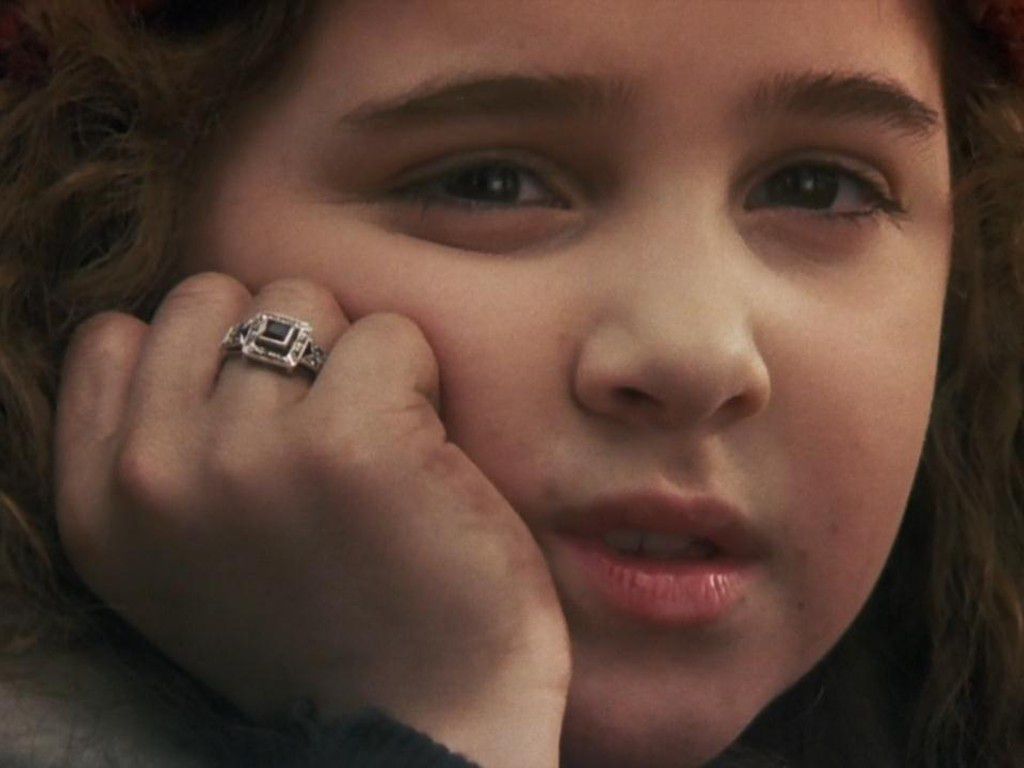 Scroll to next question
Alisan Porter was only 10 years old when she landed the leading role of Sue in John Hughes' film. She did not have curly hair, so to achieve the iconic curls Porter had two perms and would still have to get her hair curled every day on set.
0%
0
0

In "Curly Sue," how much money does the old man get for Sue's ring? 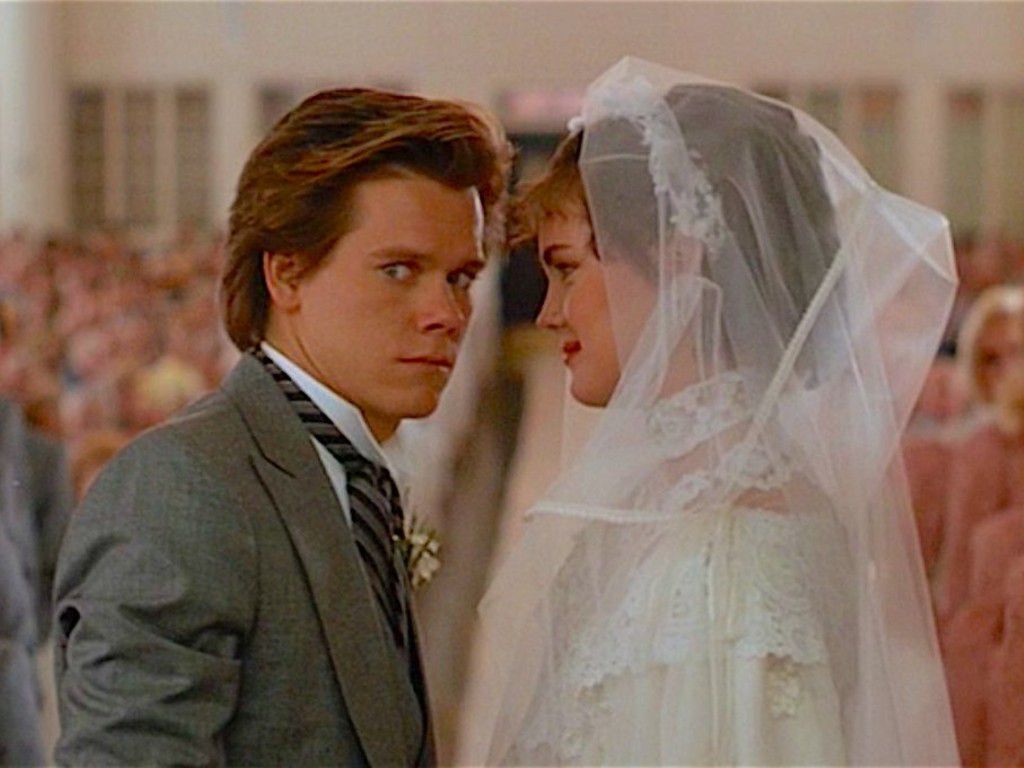 Scroll to next question
There are a handful of celebrity cameos in "She's Having a Baby," including Alec Baldwin, who plays Davis McDonald, the best friend of Jake, played by Kevin Bacon. Holland Taylor plays Jake's mother; Bill Erwin and William Windom also have roles in the film.
0%
0
0

True or False: The last name of these main characters is McDonald.