QUIZ: How Well Do You Remember These Classic Disney Channel Shows? 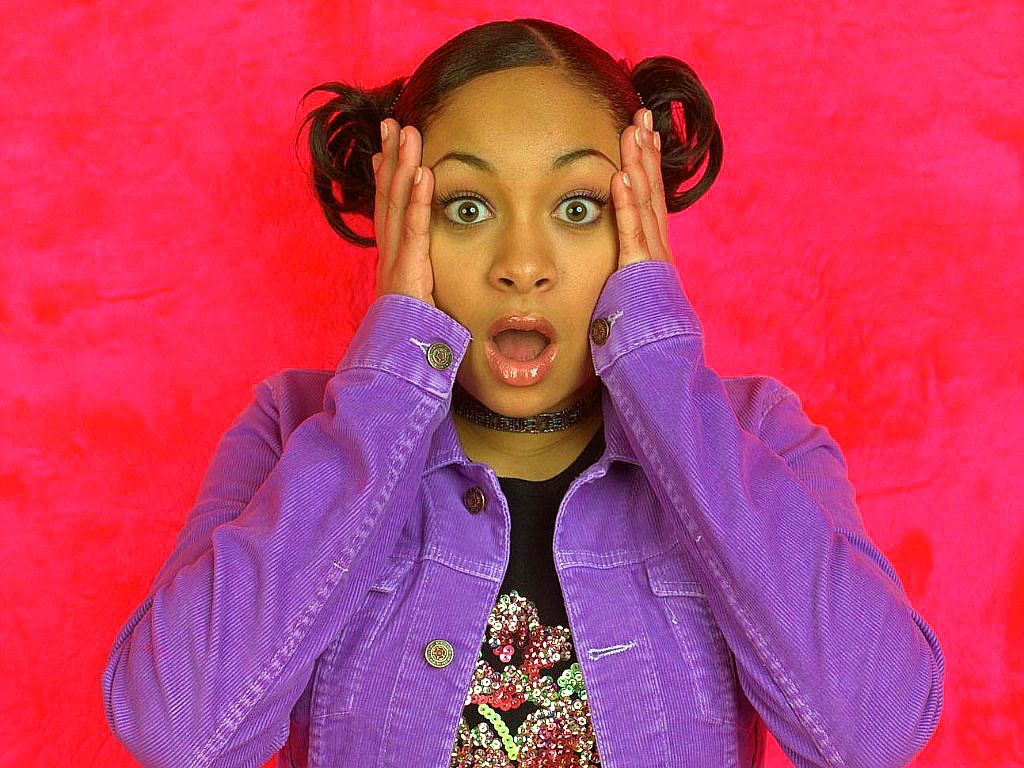 The kids who watch Disney Channel today will never know how amazing the shows were on the original Disney Channel. Well, unless they have access to Disney+. The Disney Channel of the ’90s and early 2000’s consisted of “That’s So Raven,” “Lizzie McGuire” and “Recess.” We all secretly wanted to see into the future, hang out with the Proud Family and live at the Tipton Hotel. You watched these shows on repeat during your childhood, but how well do you remember these classic Disney Channel shows? 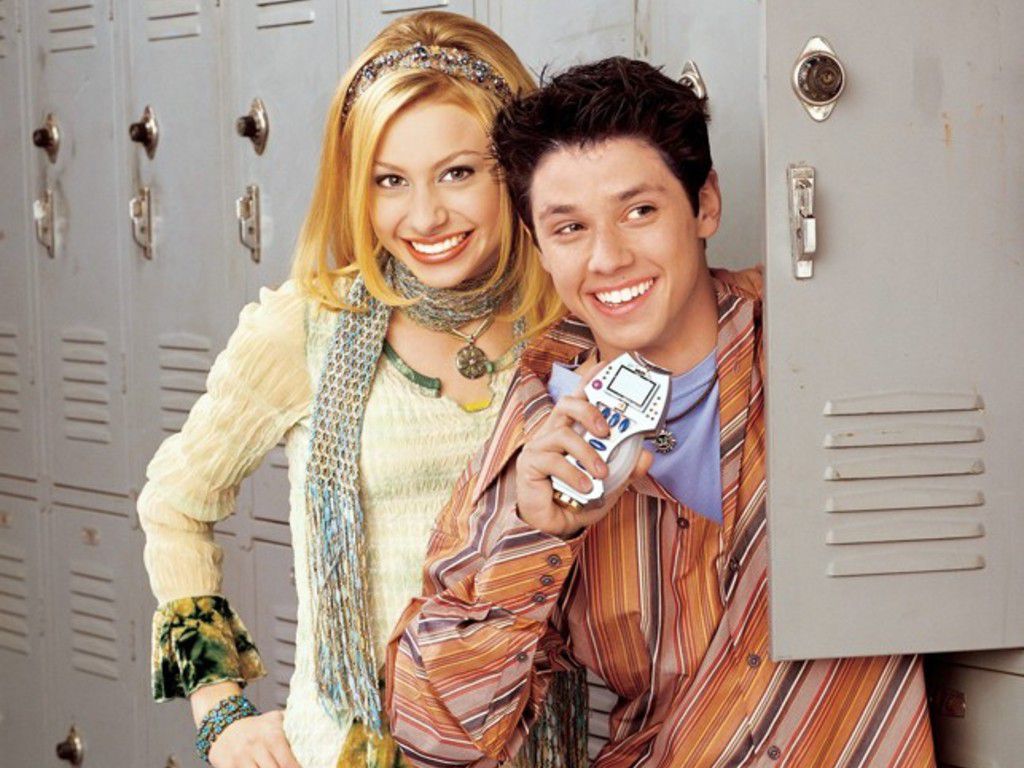 Scroll to next question
Evan Peters, famous from his roles on "American Horror Story" and the "X-Men" franchise, made a cameo on the Disney Channel series "Phil of the Future." He played Seth Wosmer, Phil's first friend in the 21st Century.
0%
0
0

What color did Phil and his family turn when they were sick? 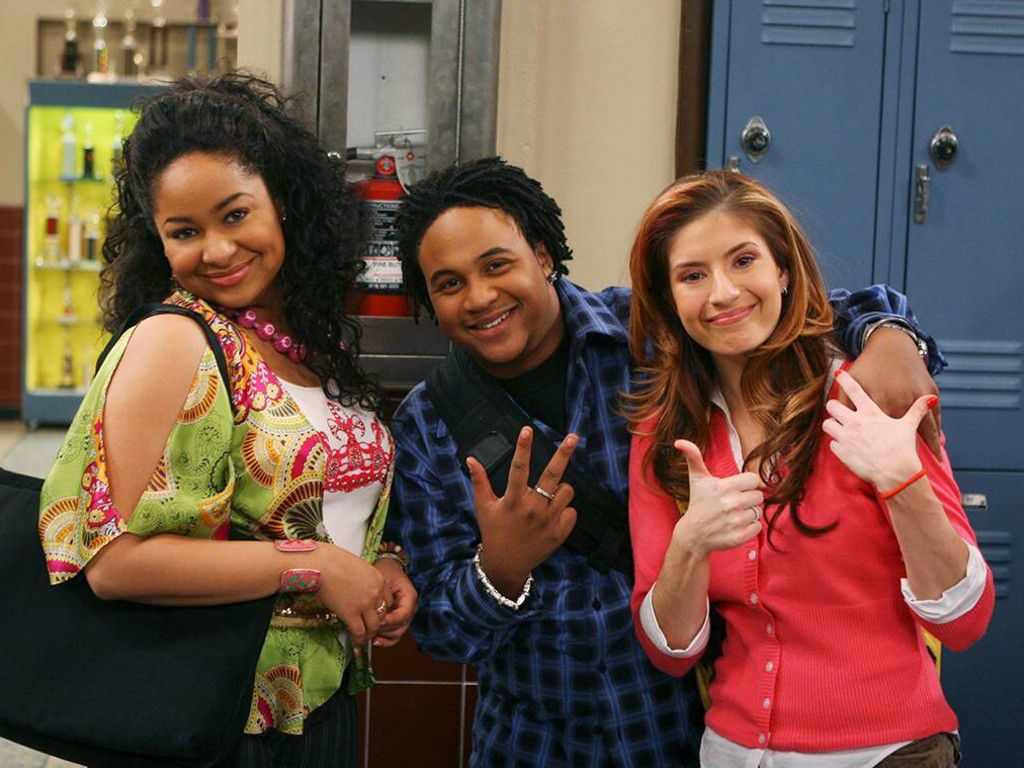 Scroll to next question
Raven attends Bayside High School, coincidentally, the same school from the TV series "Saved By The Bell." Both shows were written by Michael Poryes, and both shows used the same sets to represent their high school.
0%
0
0

True or False: Raven had a sister on the TV series "That's So Raven?" 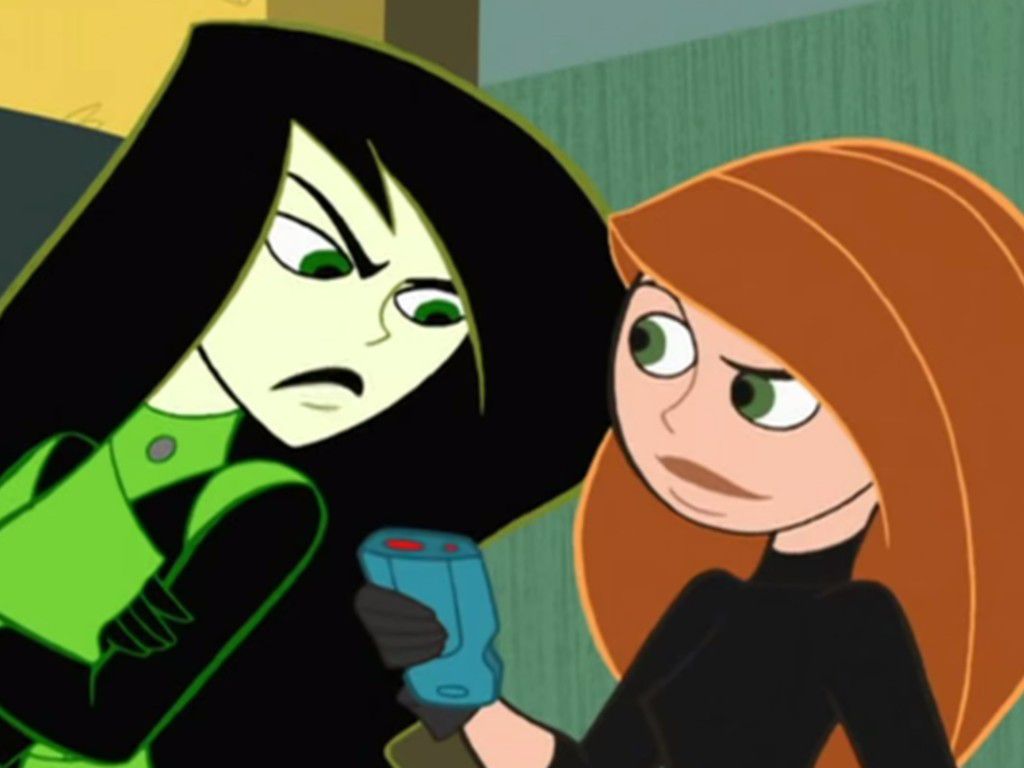 Scroll to next question
Nancy Cartwright provided the voice for Rufus. If you aren't familiar with her name, you are probably familiar with her work. She provides the voices for several characters on "The Simpsons," including Bart and Maggie Simpson. She also voiced Chuckie on "The Rugrats."
0%
0
0

Where did Ron get Rufus on "Kim Possible?" 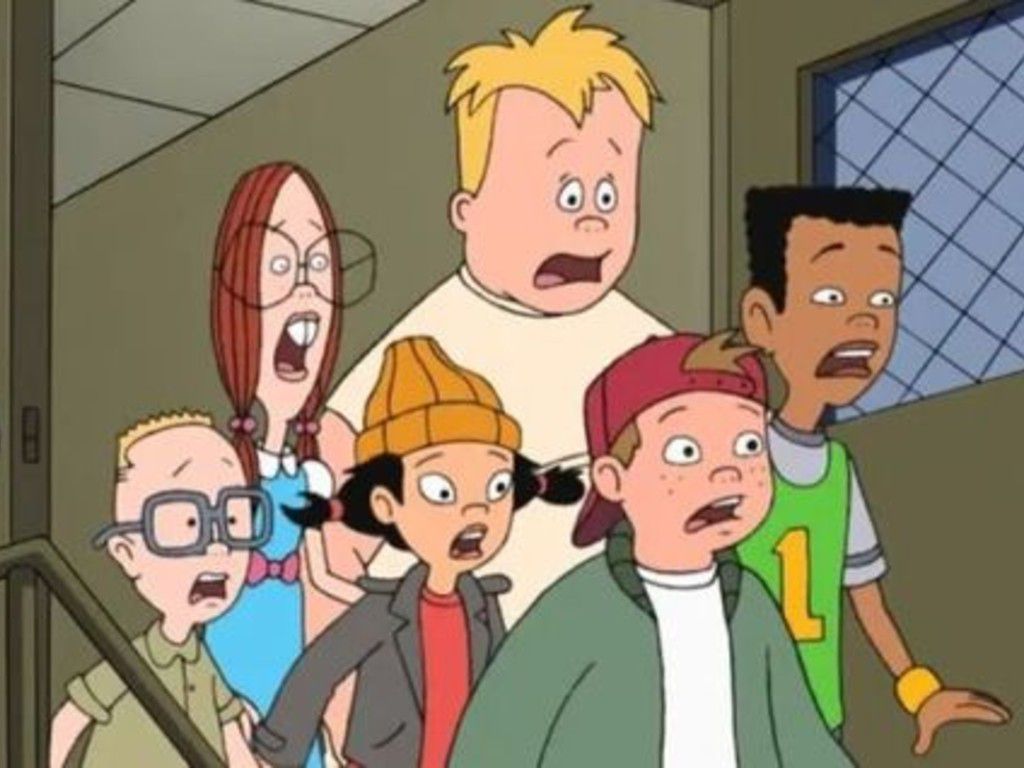 Scroll to next question
"Recess" used mostly child actors to voice the kids on the show, which was uncommon for the time. However, it was more than likely a key factor as to why the show resonated with kids. One of the only characters not voiced by a child was Ashley Spinelli.
0%
0
0

In the "Recess" opening sequence, who gets bubble gum all over their head? 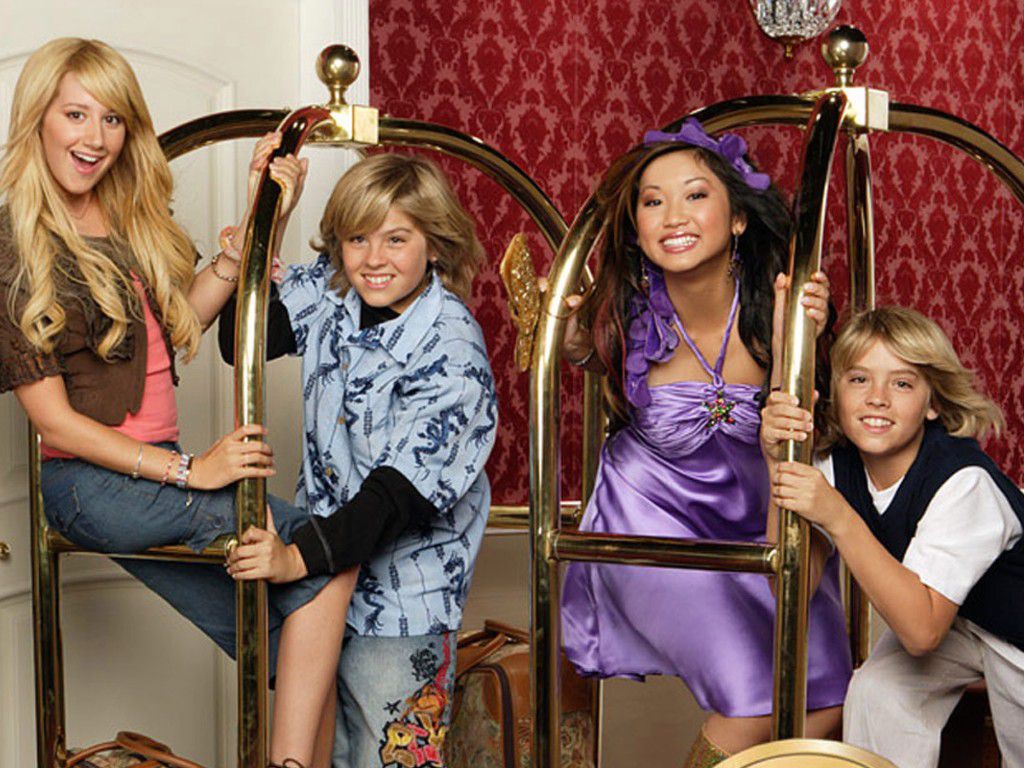 Scroll to next question
Milly and Becky Russo, the twins who played the love interests of Zack and Cody, were cast after going to a taping of the show, where they caught the attention of the production team. When they found out that the girls were English, they had them audition for the show.
0%
0
0

What is Arwin's job at the hotel on "The Suite Life of Zack and Cody?" 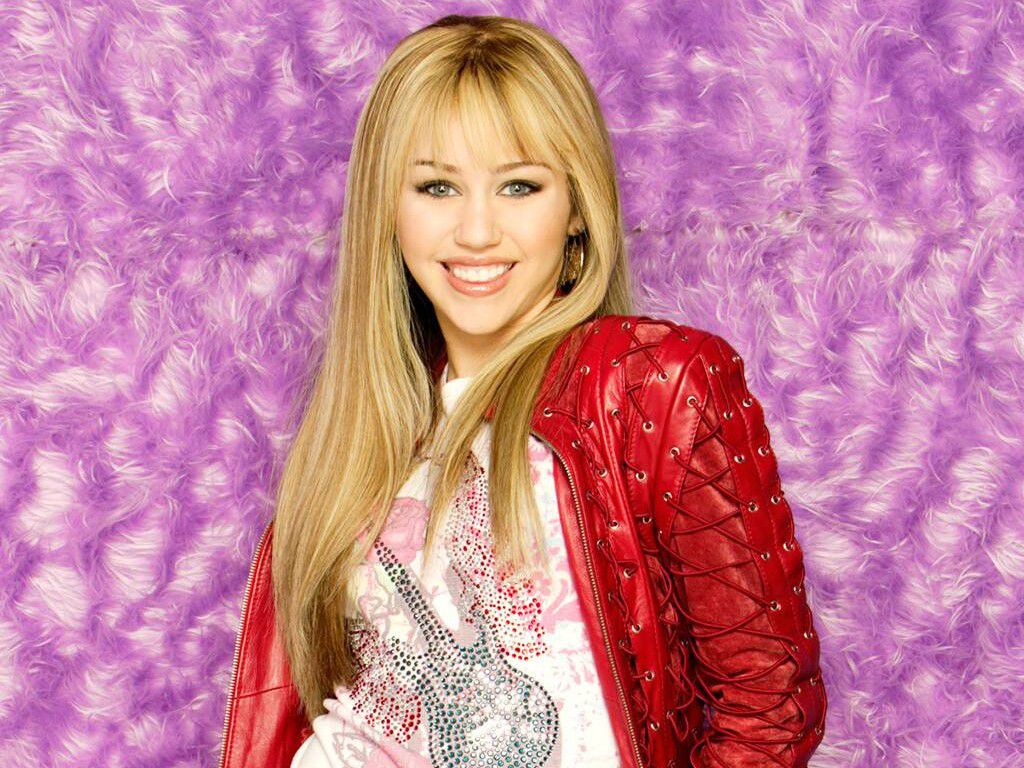 Scroll to next question
Jason Earles, who played Miley's older brother Jackson, was 15 years older than Emily Osment, who played Miley's best friend Lilly, which made Jason 31 years old and Emily 16 years old. That's a little awkward if you recall the episode where Miley dreamed that the two were dating.
0%
0
0

What is the name of Hannah Montana's bodyguard? 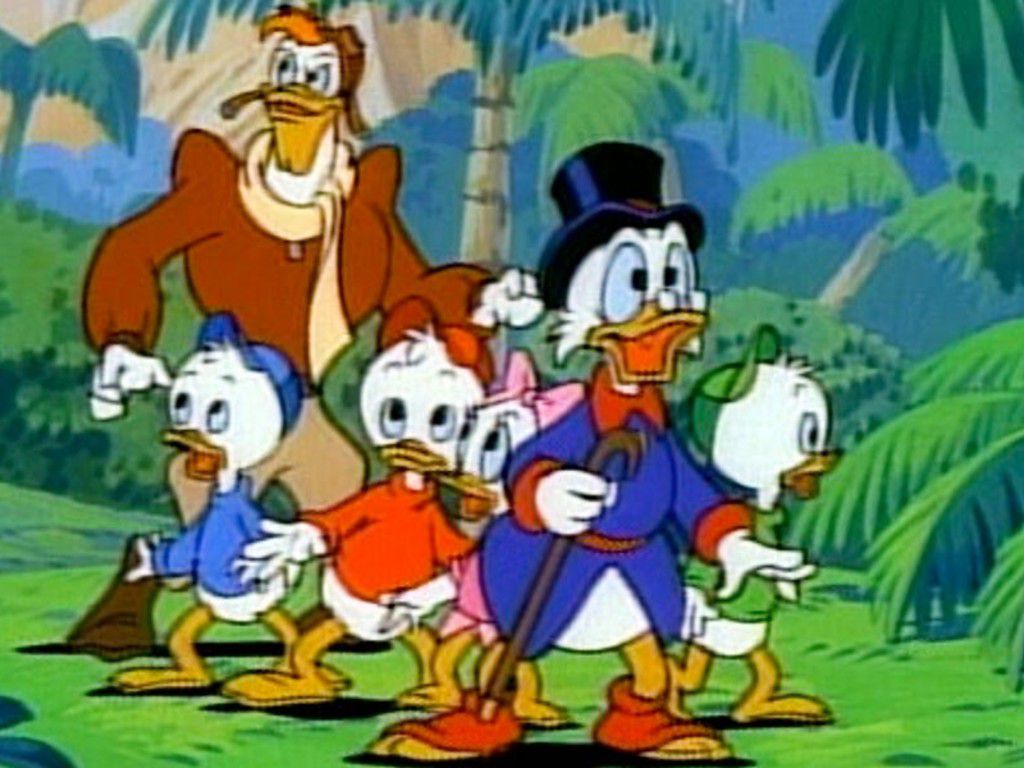 Scroll to next question
The voice of Scrooge McDuck may be surprising, but his voice is none other than Alan Young. Most may remember Alan from his time as Wilbur Post, the owner of the talking horse, on the TV series "Mr. Ed."
0%
0
0

Where does "DuckTales" take place? 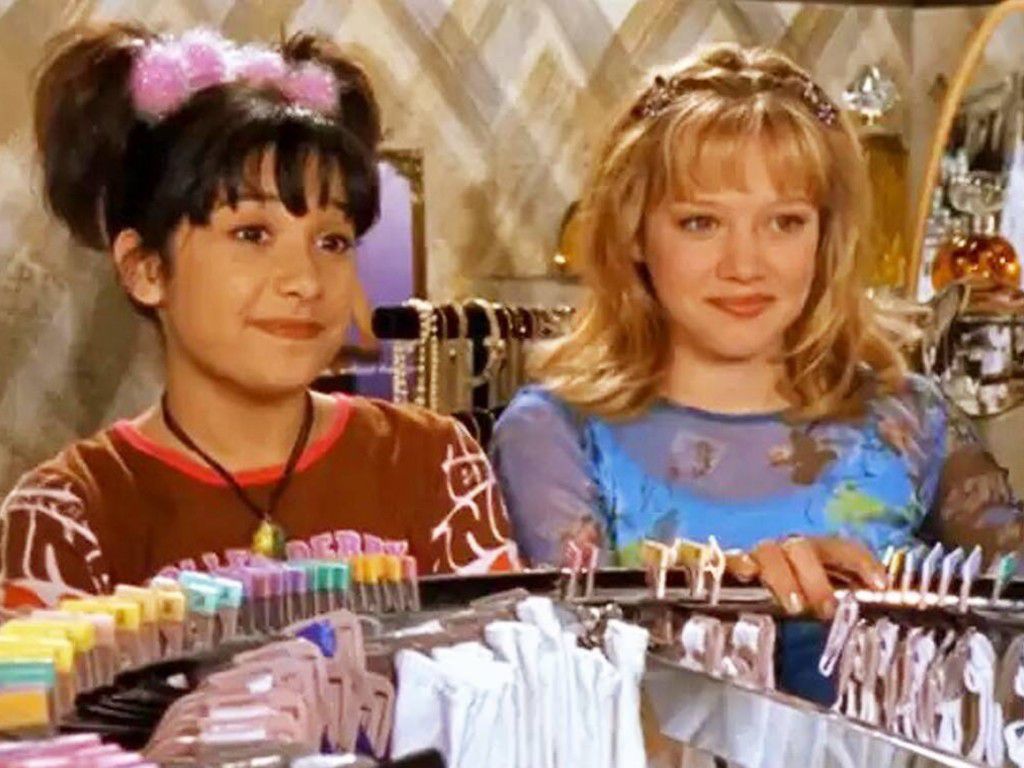 Scroll to next question
Hilary Duff admitted that she bombed her first audition for "Lizzie McGuire." Luckily, Terri Minksy, the show's creator, saw her potential and ensured to bring her back. Some of the other actresses they were considering for the leading role were Lindsay Lohan, Hallee Hirsh and Sara Paxton.
0%
0
0

What was the creature on the front of the hideous sweater that Lizzie was initially mortified to wear for school picture day? 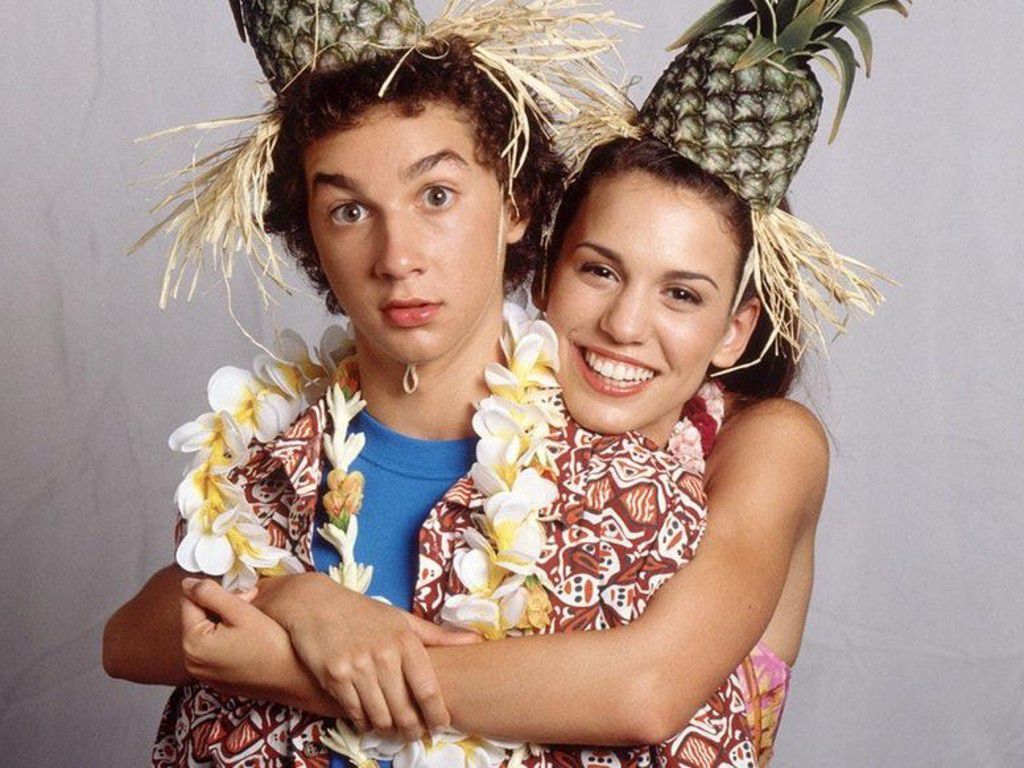 Scroll to next question
"Even Stevens" ran for three seasons and was on the air for two years. The show expedited filming, and increased the amount of episodes they filmed per season. The actors were growing up so quickly that Disney ordered more episodes to accomplish as many storylines as possible.
0%
0
0

How many children are in the Stevens' family on "Even Stevens?" 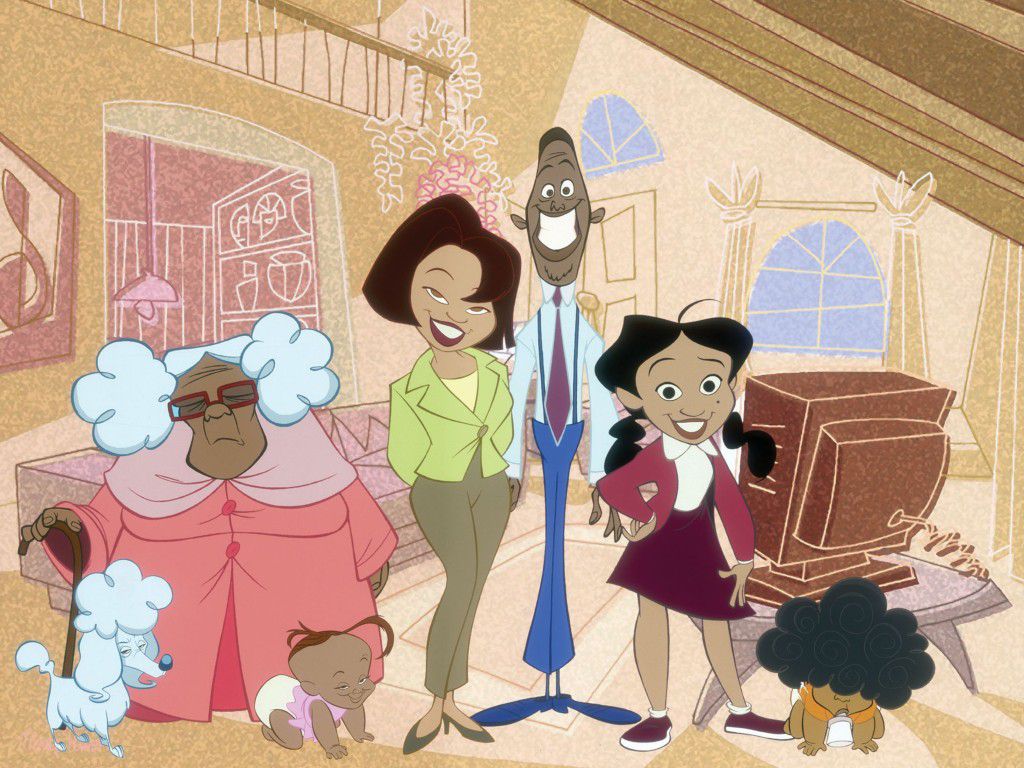 Scroll to next question
Tara Strong provided the voice for Bebe, Cece and Puff; she also voiced Raven on the TV series "Teen Titans." Many celebrities made cameos on "The Proud Family," including Ashanti, Mariah Carey, Samuel L. Jackson, Kobe Bryant and Alicia Keys.
0%
0
0

What is the name of Penny's father's business on "The Proud Family?" 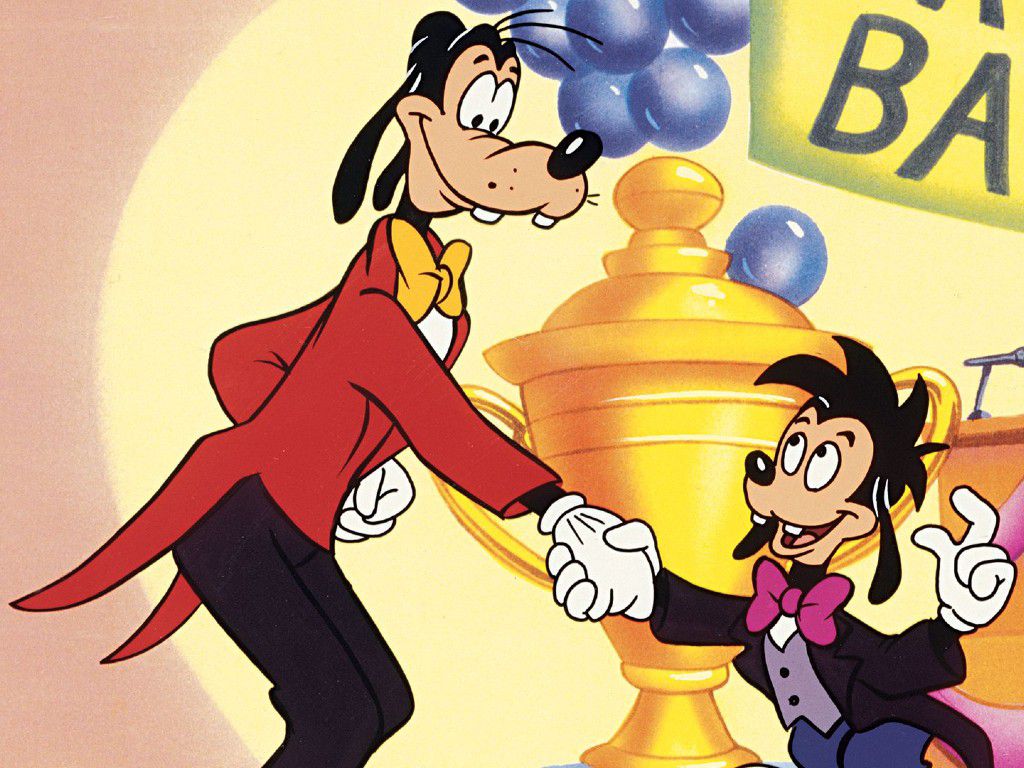 Scroll to next question
Many actors voiced Goofy over the years; however, Bill Farmer takes the top by providing Goofy's voice in over 60 productions; a job that he continues to do today. In 1990, he started to provide Pluto's voice for Disney as well.
0%
0
0

What is the name of Goofy and Max's cat on "Goof Troop?" 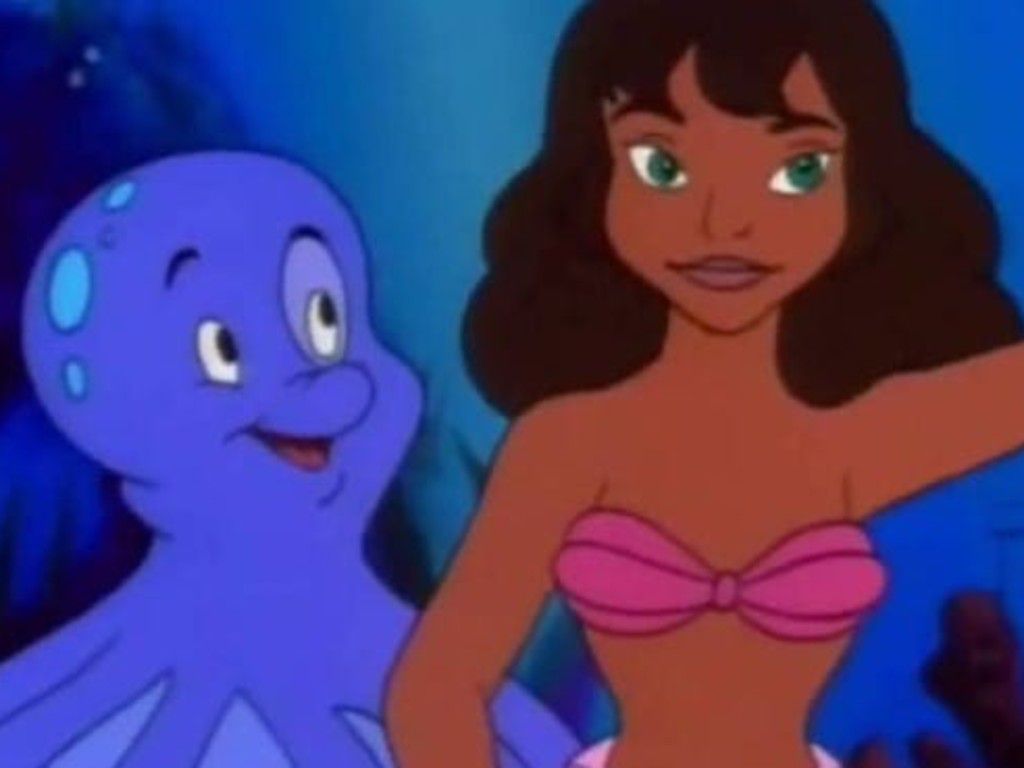 Scroll to next question
Gabriella was on the "The Little Mermaid" TV series. She was a reoccurring character; a deaf mermaid who wished to sing, only communicating through ASL, and she could read lips. She had an octopus friend named Ollie, who would translate for her.
0%
0
0

What is the name of this mermaid? 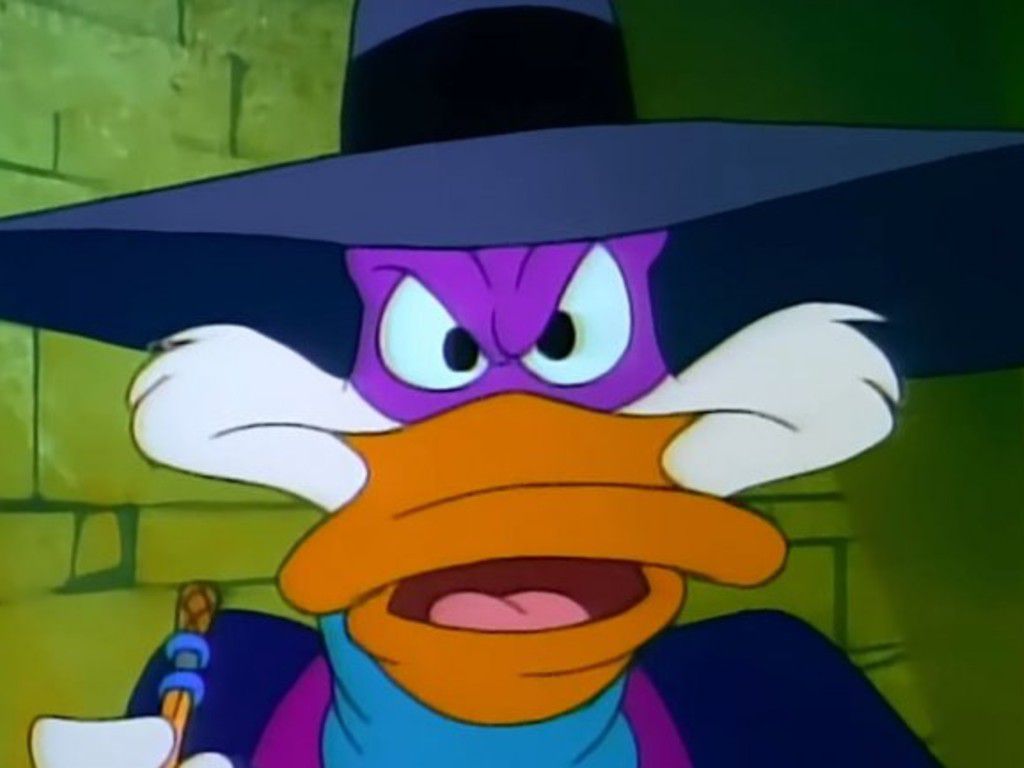 Scroll to next question
Jim Cummings stated that of all the roles he has voiced, Darkwing Duck/Drake Mallard is his favorite. He loved that the production allowed him to improvise; he felt that this allowed the role to be more personal and exciting to play.
0%
0
0

Who provided the voice for Darkwing Duck/Drake Mallard? 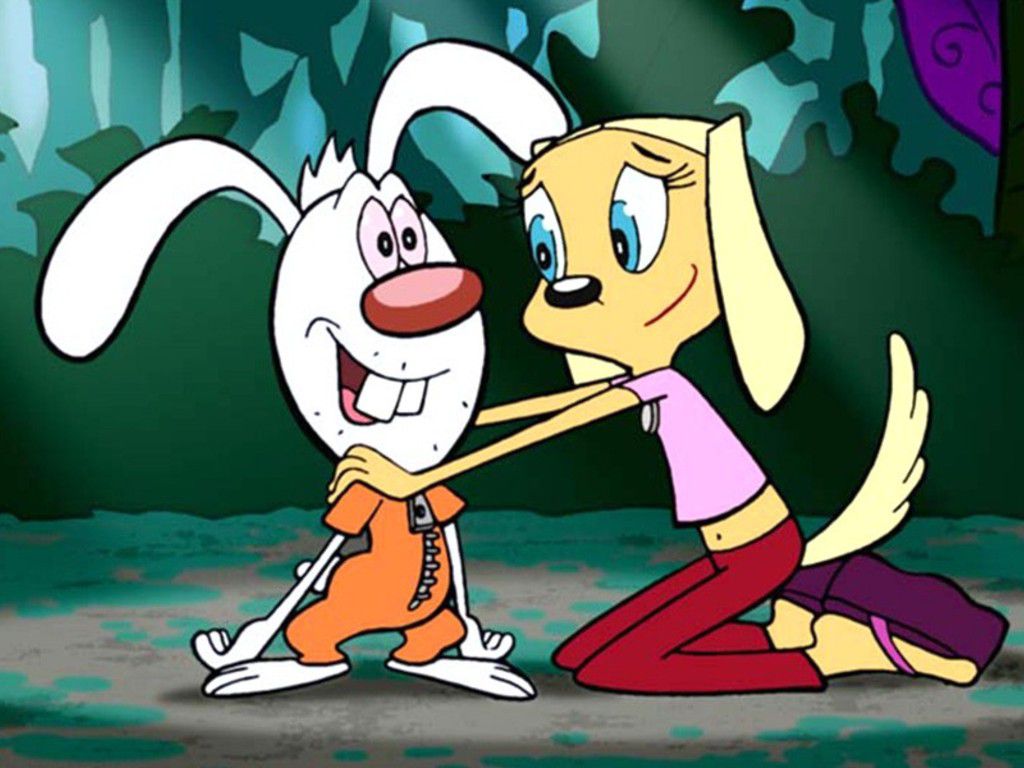 Scroll to next question
An up-and-coming actress lent her voice to the character of Brandy before her breakout role on the longest-running multi-camera comedy series in US TV history. Kaley Cuoco voiced Brandy before she landed the role of Penny on "The Big Bang Theory" in 2007.
0%
0
0

What do Brandy and Mr. Whiskers live in? 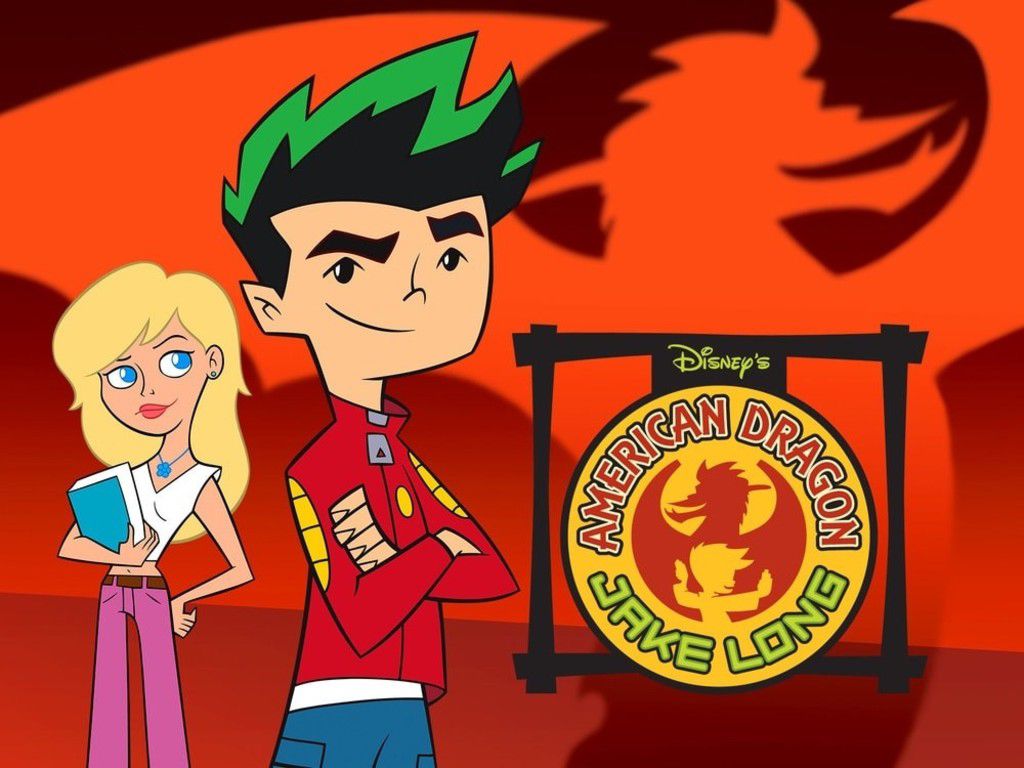 Scroll to next question
"American Dragon: Jake Long" was originally intended to air on Fox. The show was going to be live-action and feature special effects, being similar in style and tone to "Buffy the Vampire Slayer." The show originally had a much darker tone than what aired on Disney Channel.
0%
0
0

Who in Jake's family is not a dragon because that power skipped a generation? 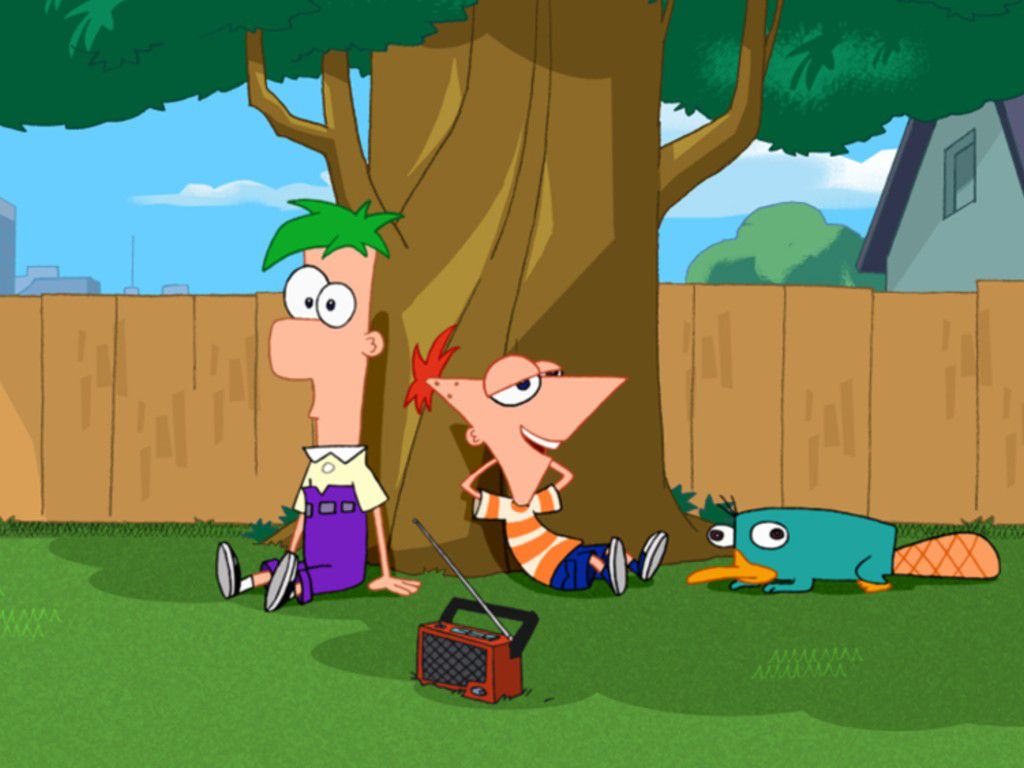 Scroll to next question
"Phineas and Ferb" was created by Dan Provenmire and Jeff Marsh. Both were working as layout artists on "The Simpsons" when they came up with the idea for the show. It took around 15 years for the duo to get their show greenlit.
0%
0
0 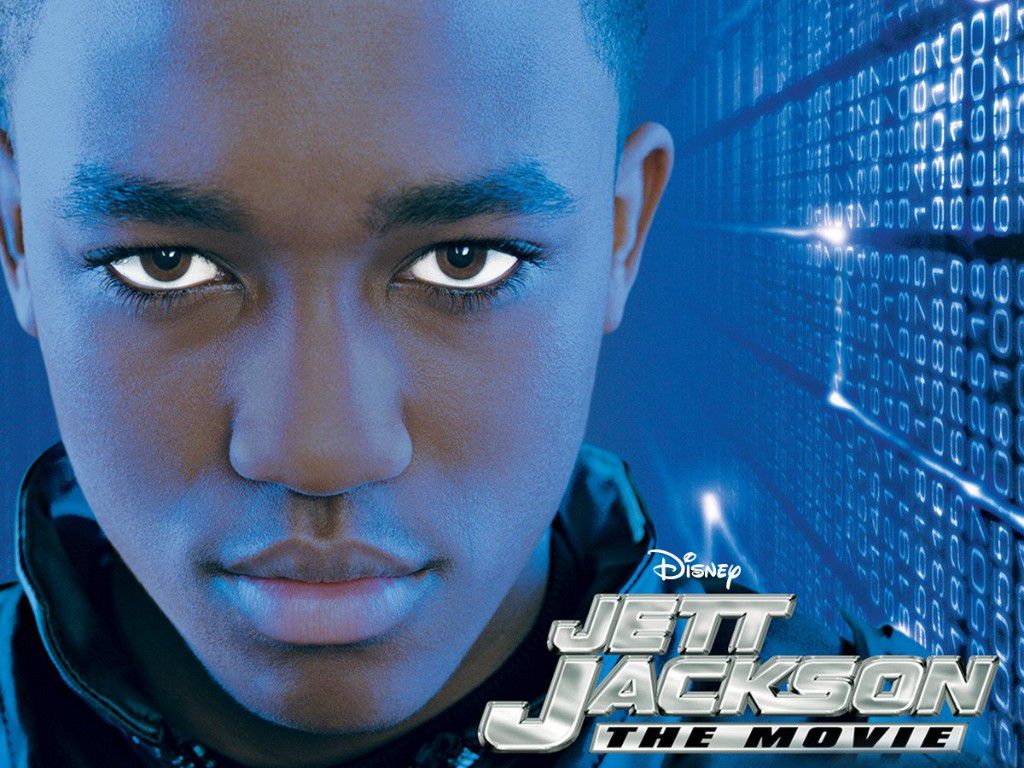 On "The Famous Jett Jackson," what is the name of the TV series that Jett Jackson stars on? 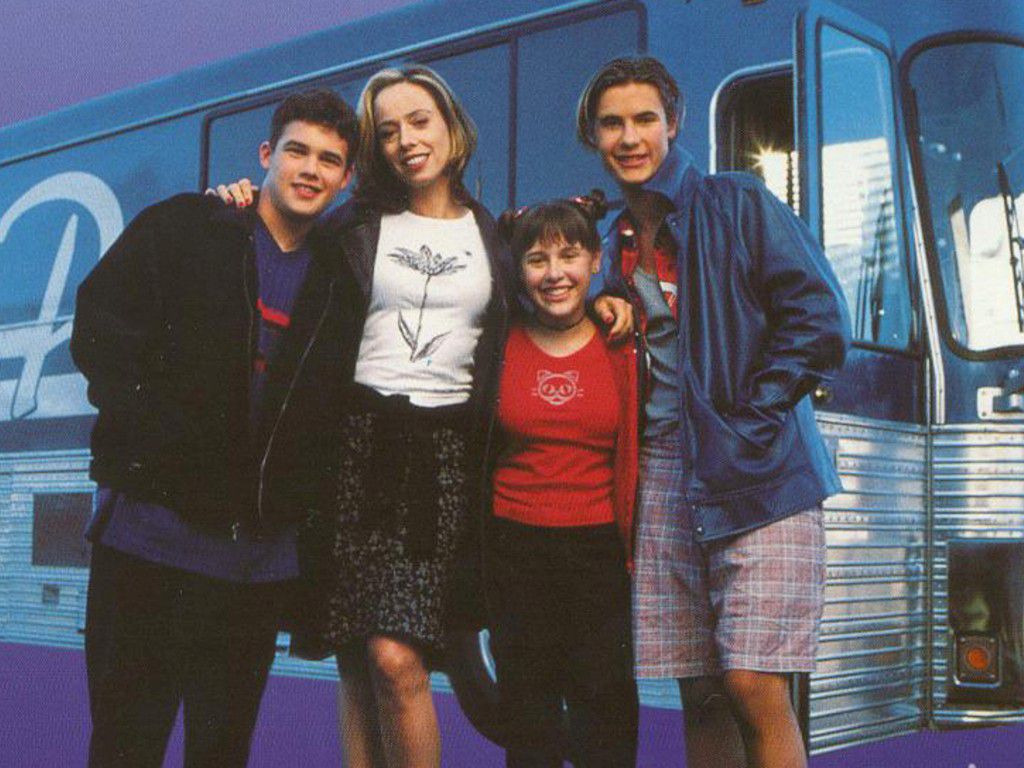 Scroll to next question
Erik von Detten (Clu Bell) and Patrick Levis (Jack Phillips) appeared together in the Disney Channel Original Movie "Brink," before appearing on "So Weird." Ironically, they played best friends on both productions.
0%
0
0

How old is Fiona from "So Weird?" 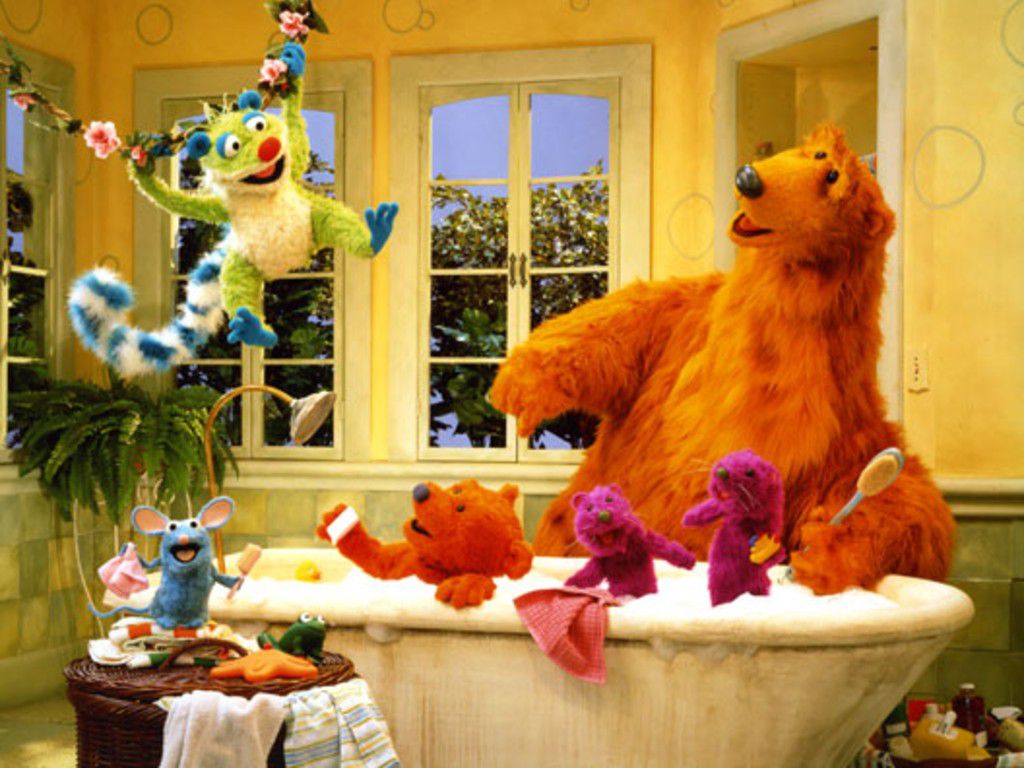 Scroll to next question
Noel MacNeal was the puppeteer behind the Bear. Noel stated in an interview that the temperature inside of the bear costume could get up to 92 degrees. The production tried to help him out by turning up the air conditioning during filming.
0%
0
0

What was the first song sung on "Bear in the Big Blue House" other than the theme? 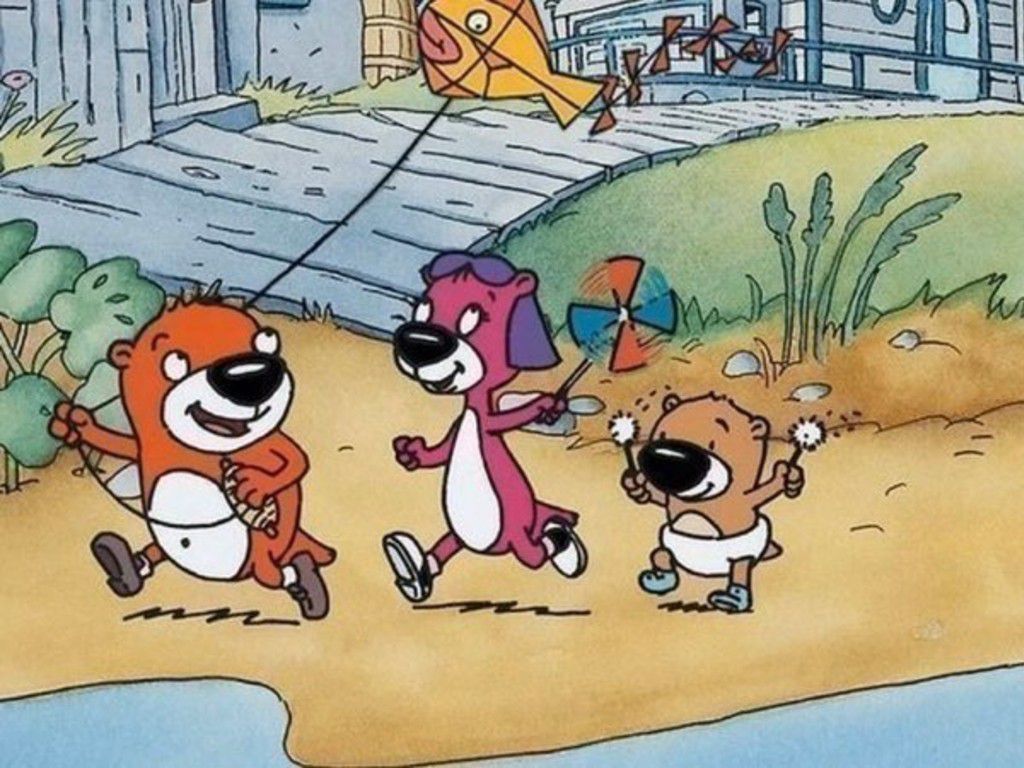 Scroll to next question
Following in the footsteps of "Recess," when selecting the voice actors for PB & J, Jim Jenkins chose child actors so the show could be more honest to its viewers. Gina Marie Torticori, who played Baby Butter, was 4 years old, Jenelle Brook Slack, who played Jelly, was 12 years old and Adam Rose, who played Peanut, was 10 years old.
0%
0
0 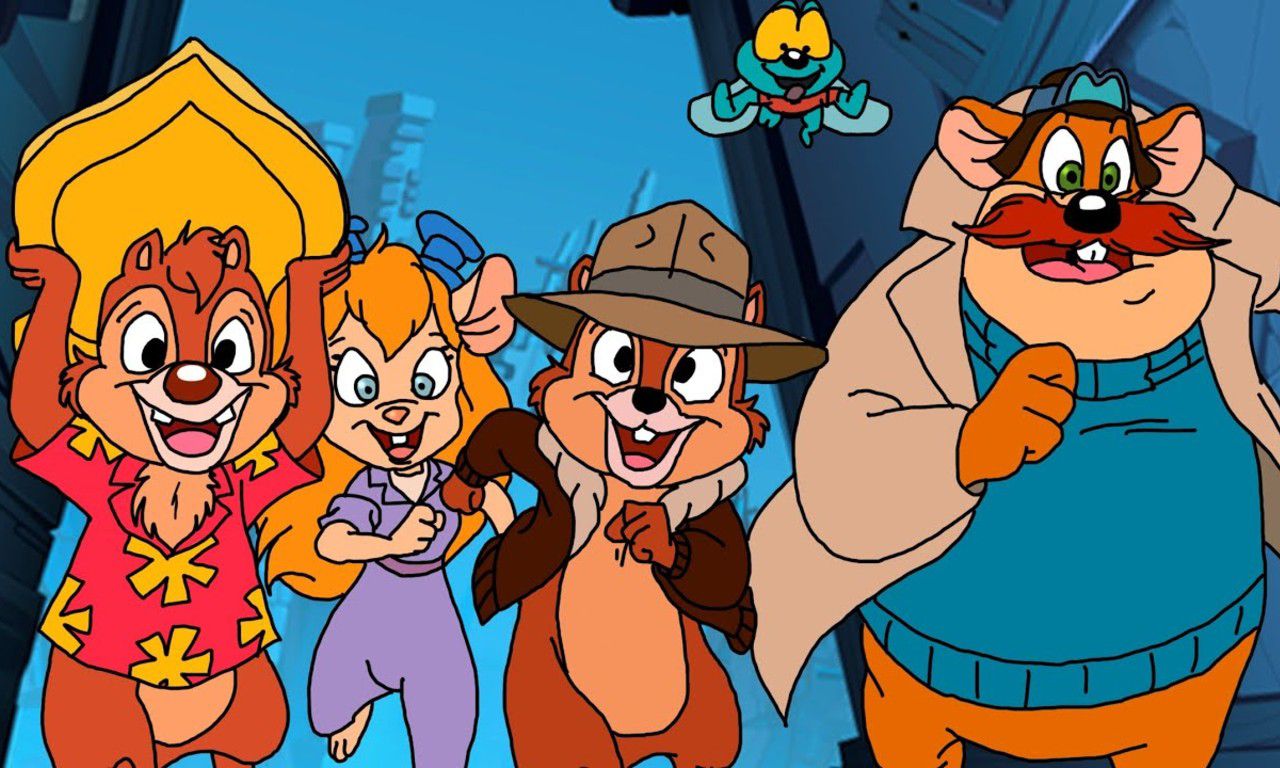 Scroll to next question
Mark Mueller is the man behind the "Rescue Rangers" theme song. He also wrote the theme song for "DuckTales." Although, Mark has also done work outside of television, writing songs such as "Nothin' At All" performed by Heart and the infamous Jennifer Paige song "Crush."
0%
0
0 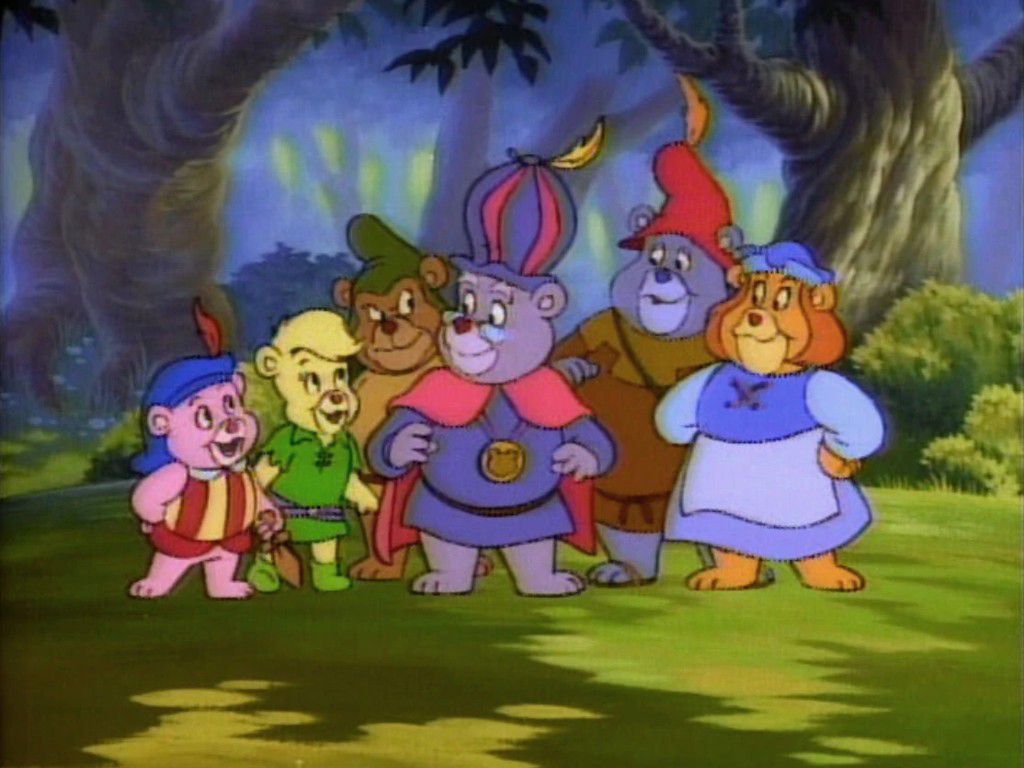 Scroll to next question
"Adventures of the Gummi Bears" was one of Disney's first animated TV series. The CEO of Disney at the time, Michael Eisner, pushed the company into making an animated series. The first two shows created were "Gummi Bears" and "The Wuzzles." The latter was canceled after one year.
0%
0
0

On "Adventures of the Gummi Bears," what is the name of the magic potion that gives the Gummi bears great jumping strength? 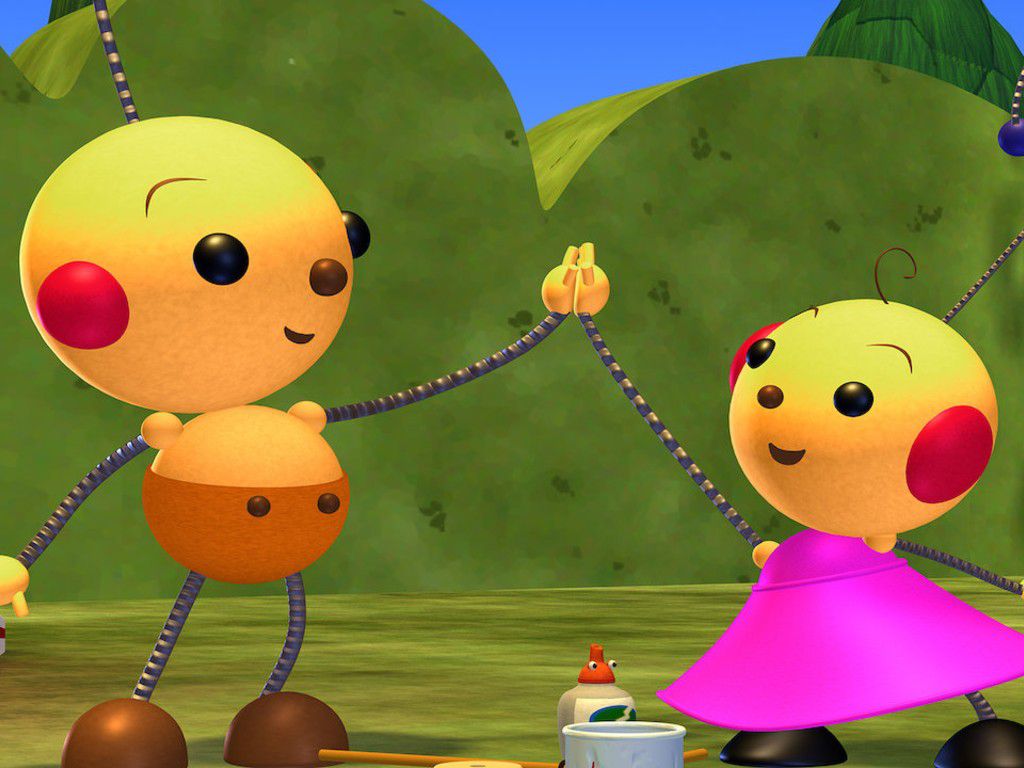 Scroll to next question
"Rolie Polie Olie" was one of the first television series for preschoolers that was almost completely CGI. Michael Cera even made an appearance on the show, voicing young Gizmo. He also worked on "The Berenstein Bears" and "The Lego Batman Movie."
0%
0
0

What is the shape of Olie's house on "Rolie Polie Olie?" 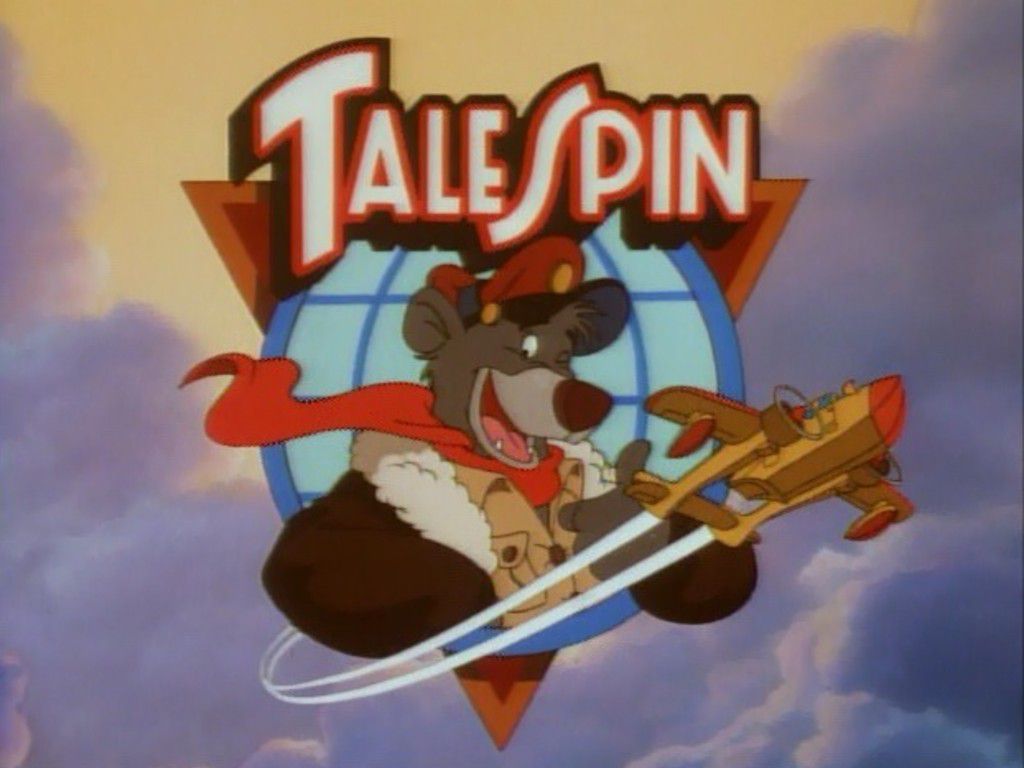 What is the name of Baloo's prized plane on "Talespin?" 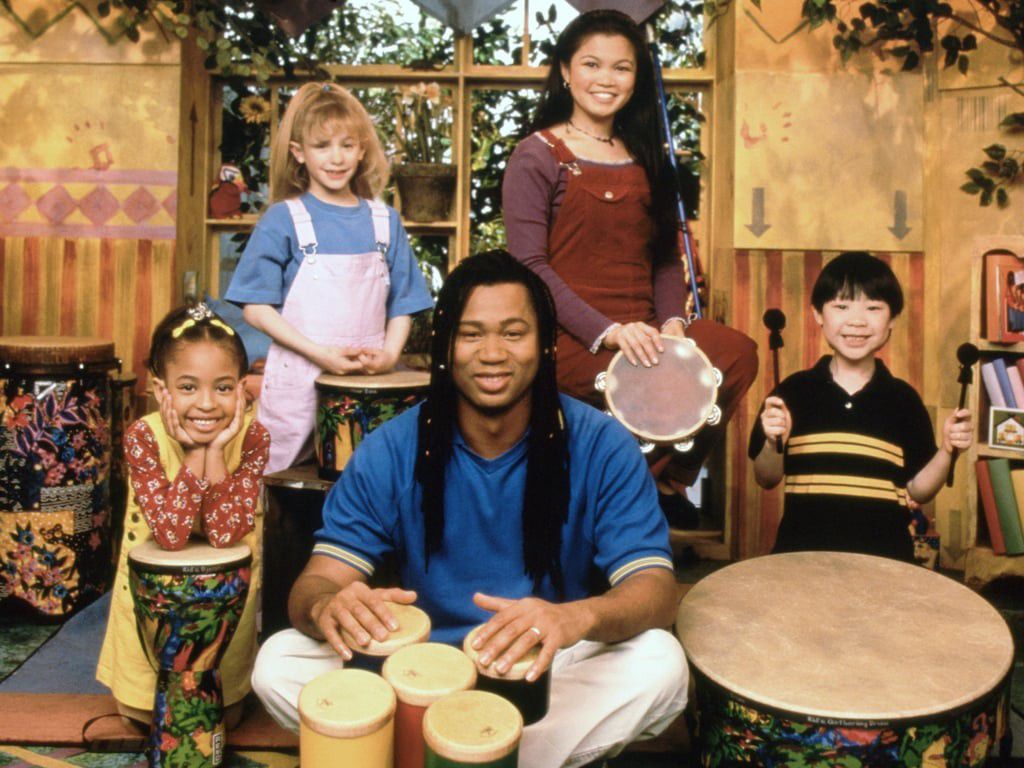 Scroll to next question
The hosts from "Out of the Box" were Tony James and Vivian Bayubay McLaughlin. After the show, they continued their careers. Tony James continues his music career, having released an album in 2006. And Vivian works as a private voice, acting and piano teacher.
0%
0
0