Quiz: How Well Do You Remember These Classic Nickelodeon Shows? 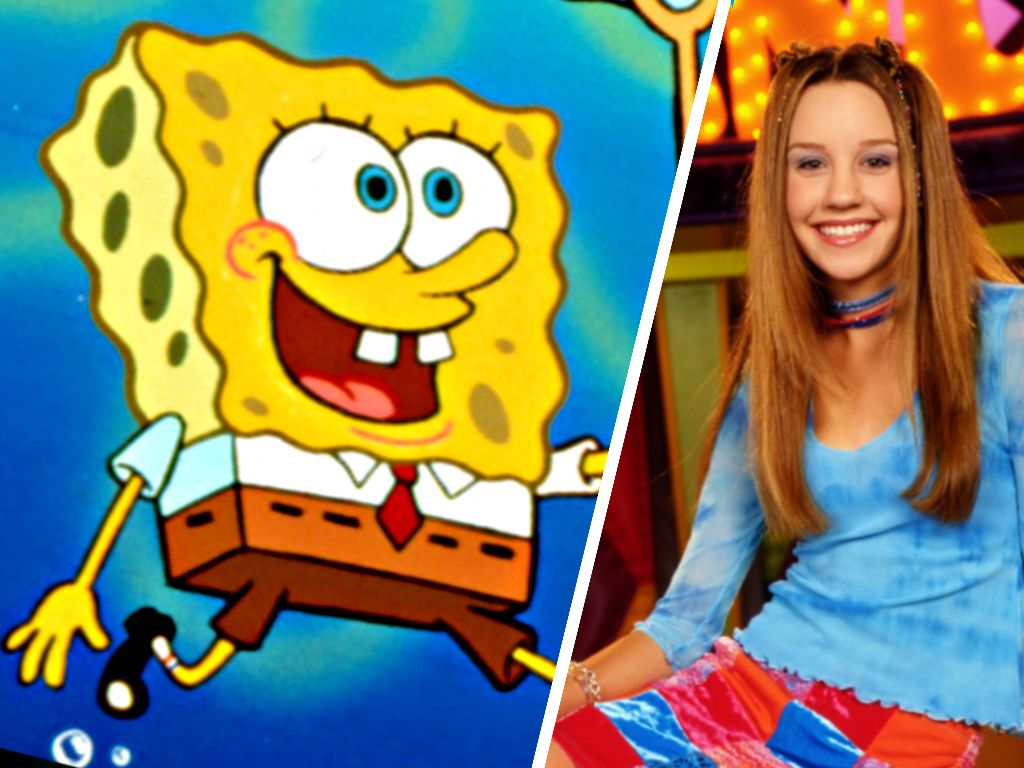 The childhood of a ’90s kid involved watching a lot of cartoons on TV, and Nickelodeon had some of the best shows on the air throughout the ’90s and early 2000s. We grew up watching contestants run through the hidden temple to get the grand prize, only wishing it was us onscreen. We hoped for superpowers like Alex Mack. We imagined what it would be like to be on “All That.” And after watching countless reruns of Nickelodeon shows on streaming websites, how much do you remember? 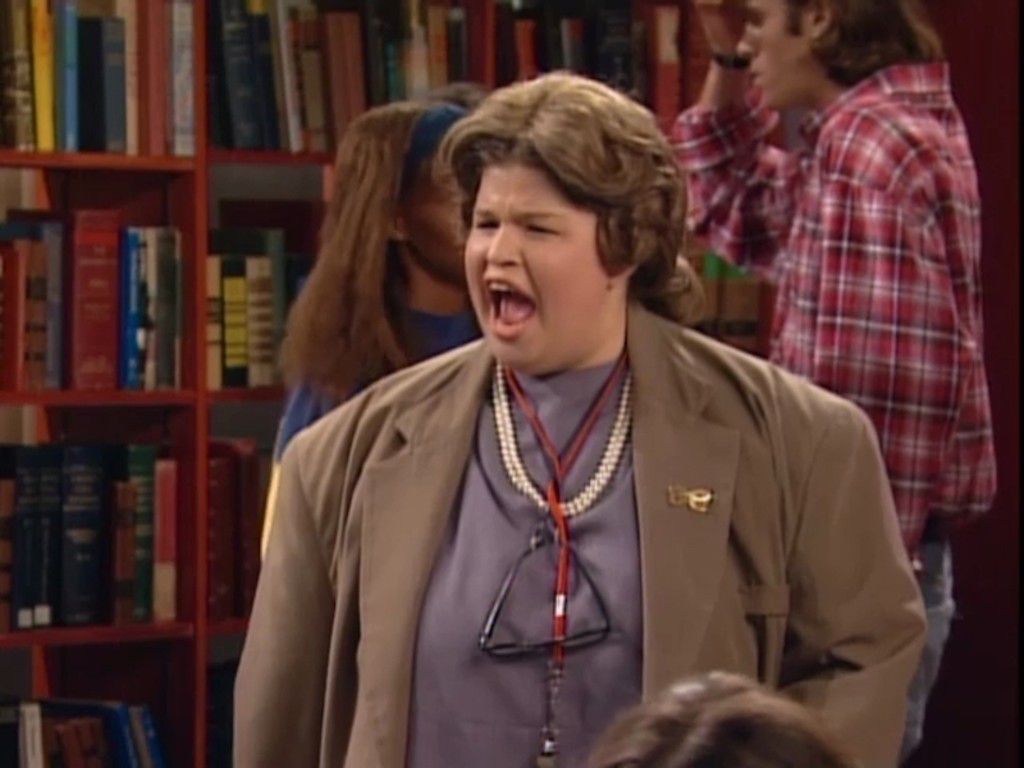 Mrs. Hushbaum, the librarian who hates any sound, was played by which actress on "All That?"

In an interview on "The Tonight Show Starring Jimmy Fallon," Emma Stone revealed that she auditioned for "All That." Two of the characters she auditioned with were a cheerleader who couldn't spell and a baby sitter possessed by a demon. 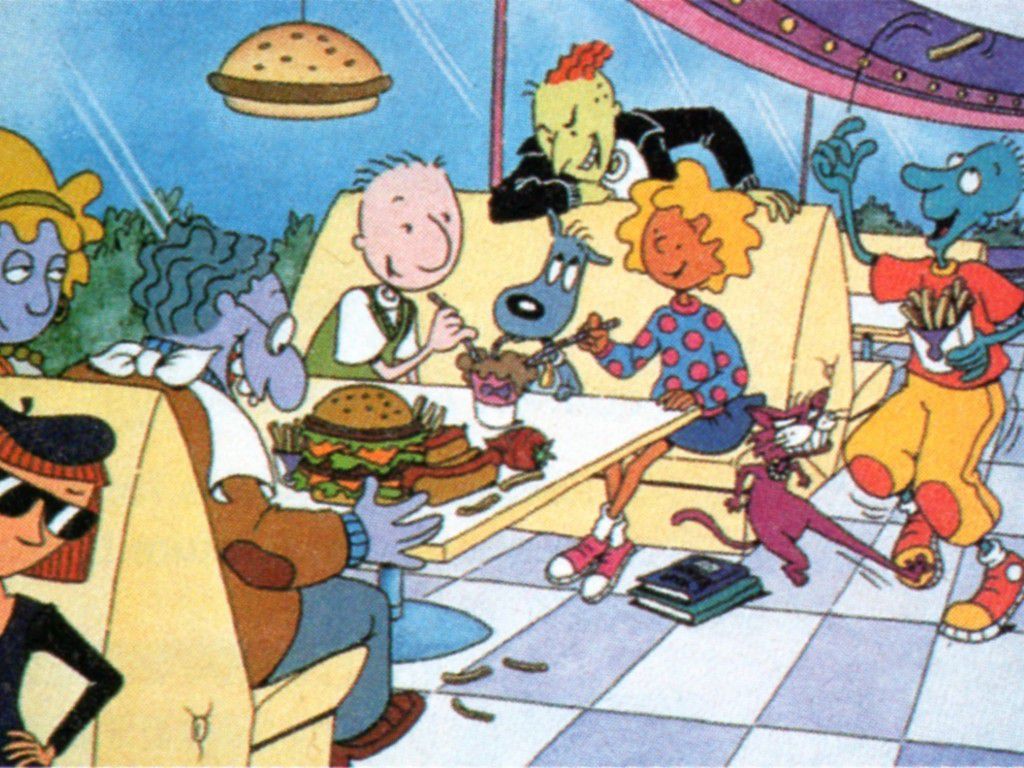 What is the name of Doug's favorite band on the TV series "Doug?"

"Doug" was one of Nickelodeon's first cartoon series. The show premiered in 1991 as part of a new programming block of cartoon shows along with "The Ren & Stimpy Show" and "Rugrats." It was a gamble for the network that worked in their favor. 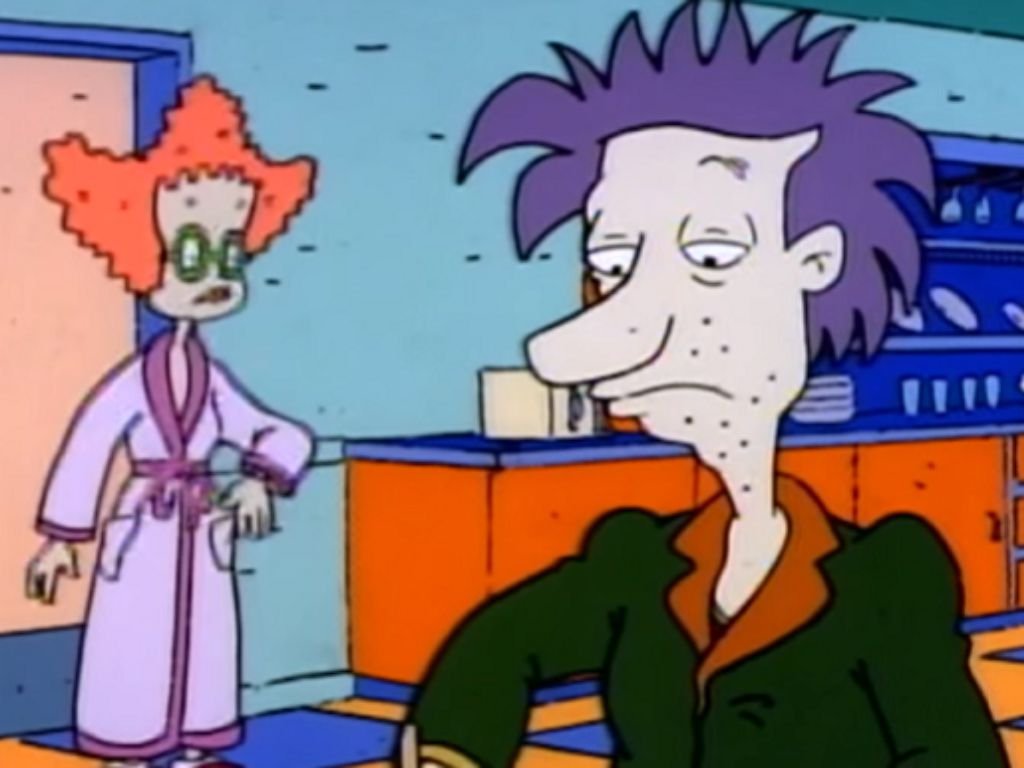 What is Stu Pickles' job on "Rugrats?"

Women provided the voices for all the babies on "Rugrats." Christine Cavanaugh, who voiced Chuckie, also provided the voice for Dexter on "Dexter's Laboratory." Elizabeth Daily voiced Tommy Pickles; she is a famous voice-over artist who also appeared on "Friends" as Phoebe's ex-partner who sings 'Smelly Cat.' 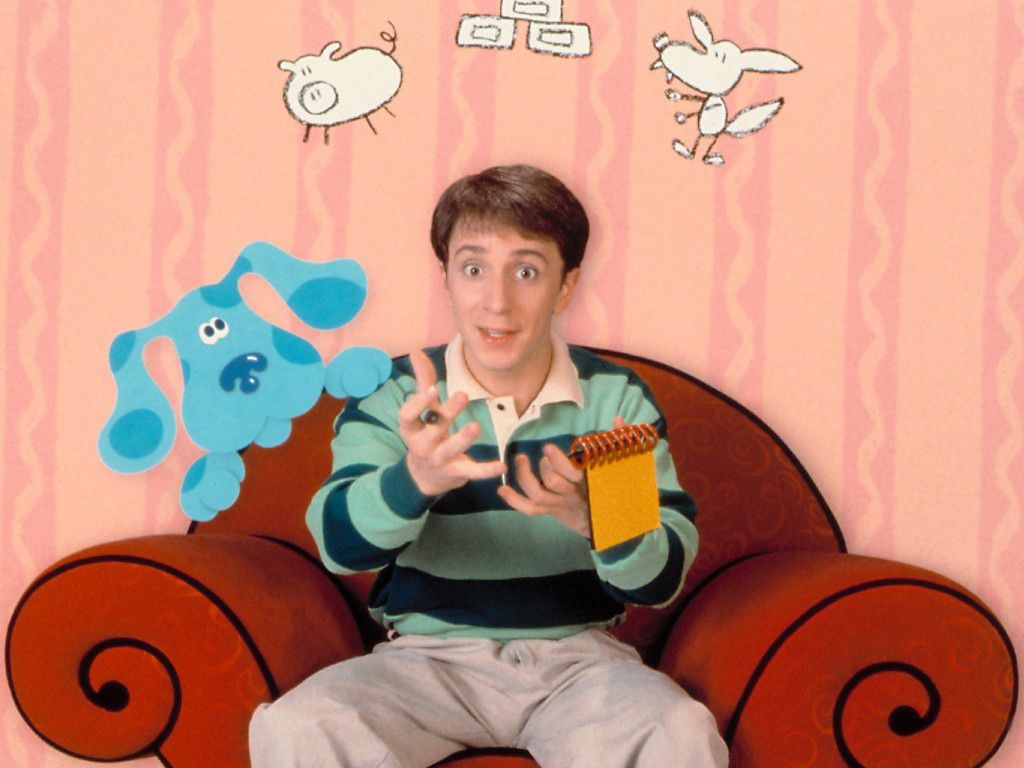 The creators behind "Blue's Clues" wanted the show to be both educational and entertaining. The team brought in educators and consultants to craft the format of the show to line up with the latest research in early childhood development. 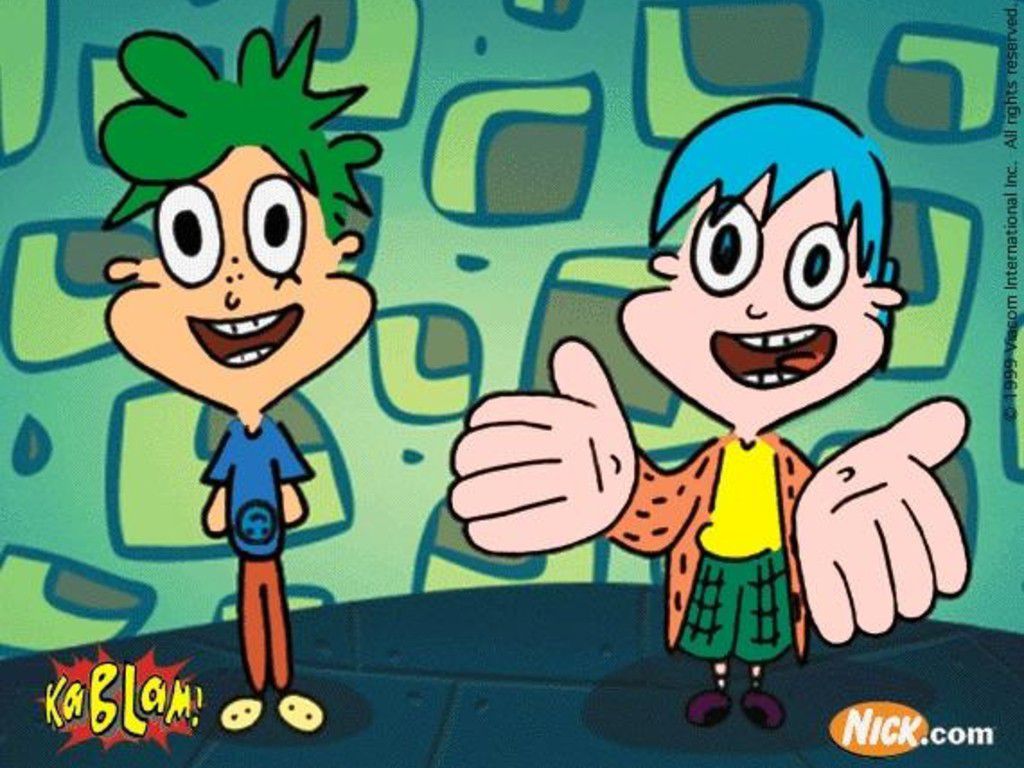 Who were the hosts of "Kablam?"

Due to copyright disputes surrounding the TV series "Kablam," (because it involved various cartoon segments in one show) it will more than likely never be available for DVD or Blu-Ray release, digital downloading, or streaming. However, you can find some of the full episodes available online. 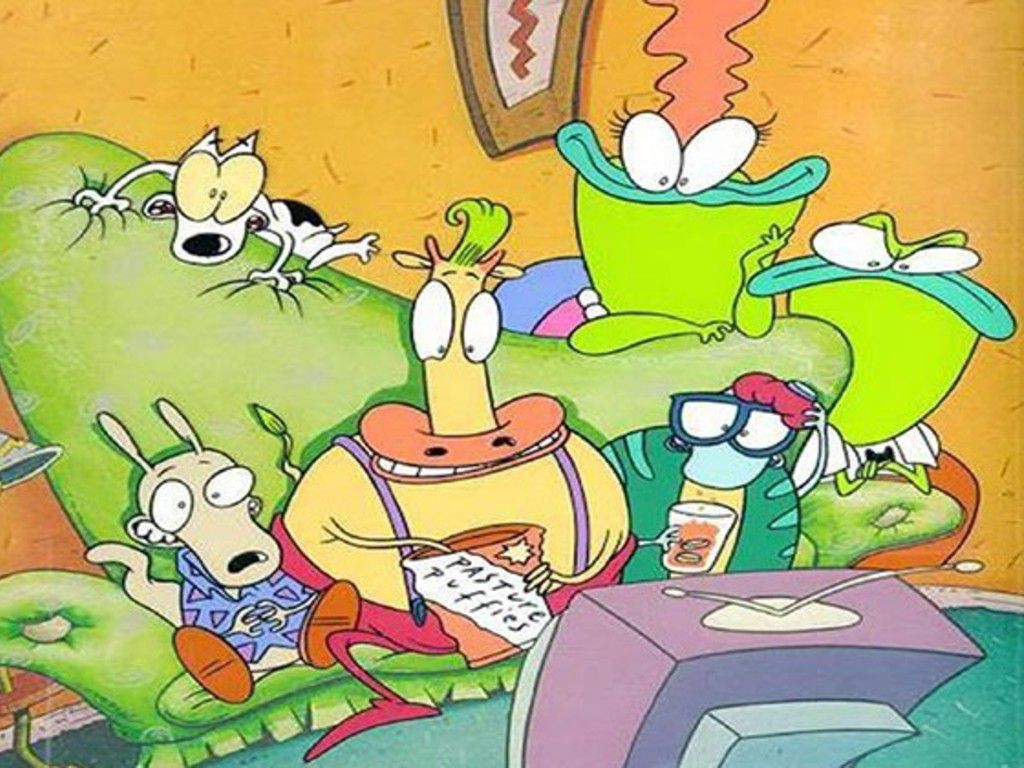 What were the first names of The Bigheads, Rocko's next-door neighbors, on "Rocko's Modern Life?"

Voice-over actor, Mr. Lawrence, was originally brought on to direct one of the storyboard teams for "Rocko." But, he fell in love with the character of Filbert, and he snuck his audition tape in with the other submissions. Coincidentally, Joe Murray, the show's creator, loved his audition. 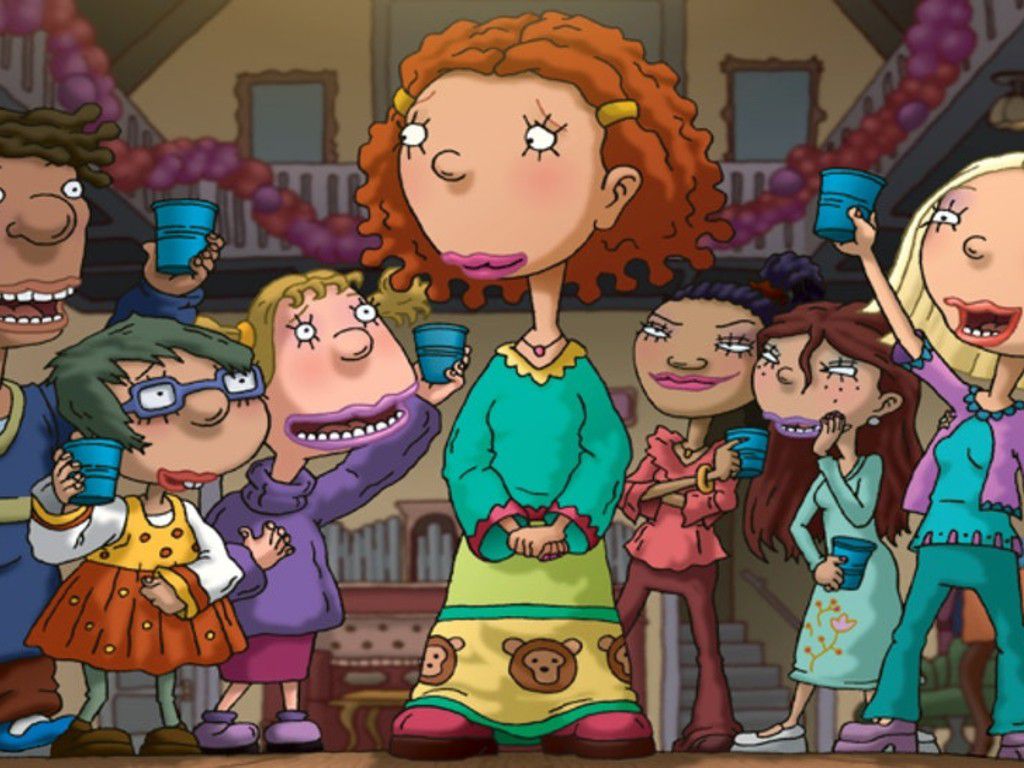 What was the name of the junior high school that Ginger attended on "As Told By Ginger?"

Nickelodeon was open to the idea of the TV series, "As Told By Ginger," finding inspiration from personal events. The creator Emily Kapnek used stories from her childhood, as well as the childhoods of the production team, as the basis for Ginger's plot lines. 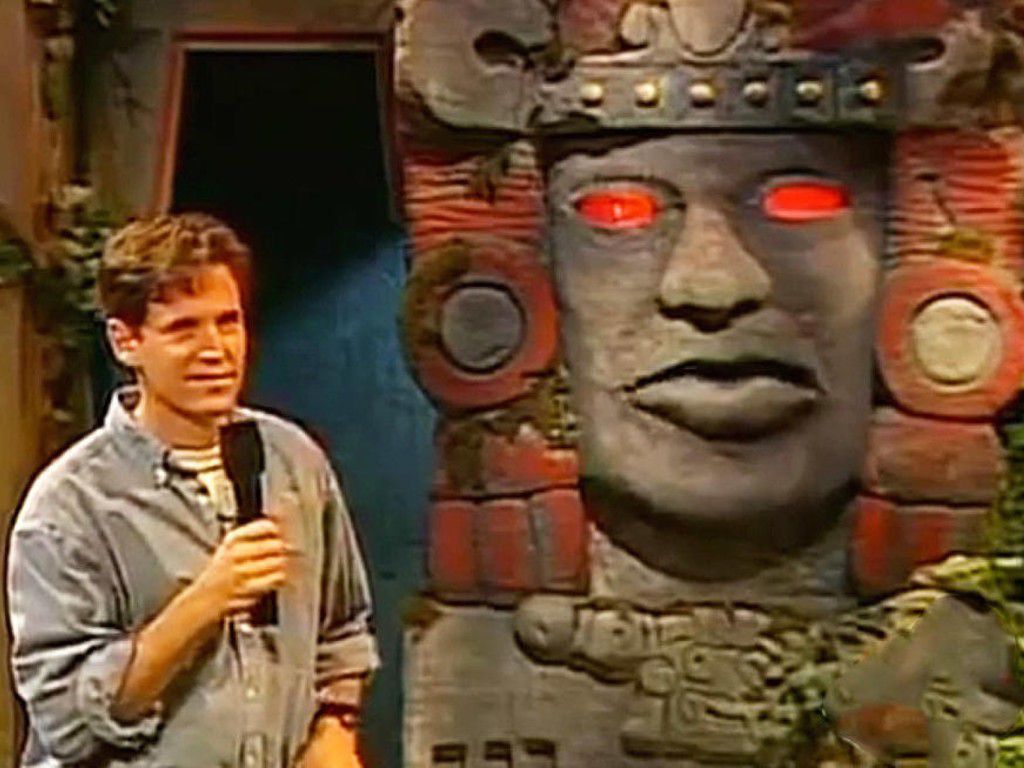 In "Legends of the Hidden Temple," contestants who reached the final round had to go through the temple. In one of the temple rooms, they had to assemble a silver statue of what animal?

The voice of Olmec was provided by actor Dee Bradley Baker, who was actually inside the 6-foot-tall statue for every episode. He had a microphone and script, as well as a lever to control the movements of Olmec's mouth. 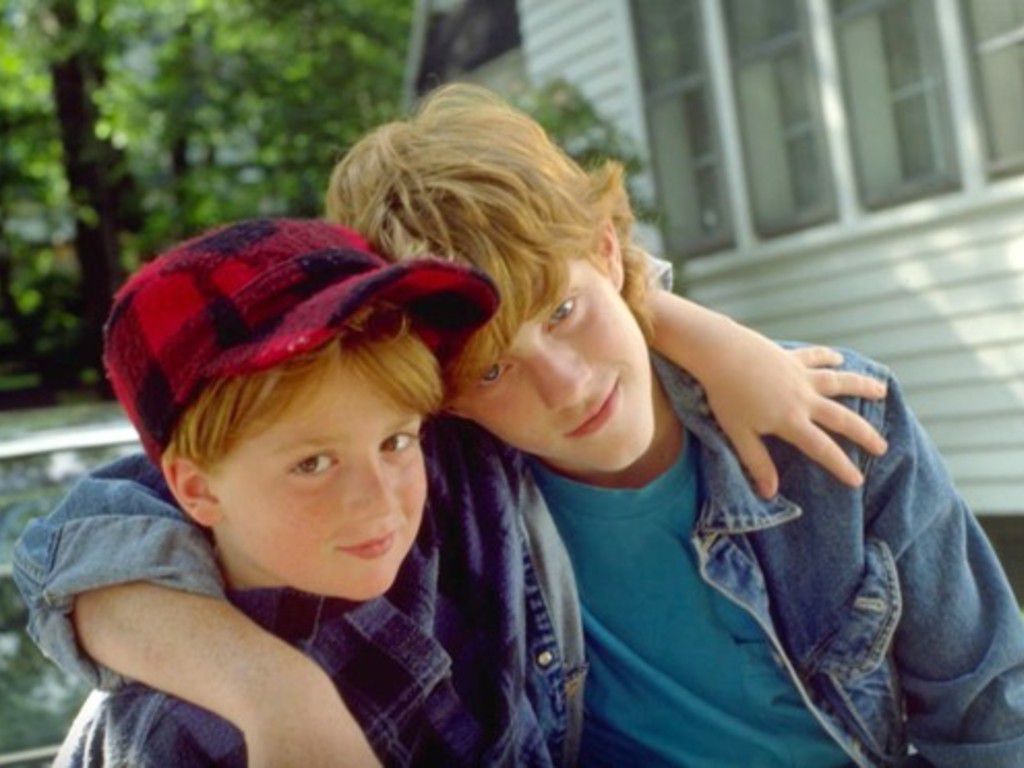 Who played Little Pete on "The Adventures of Pete and Pete?"

Steve Buscemi had a reoccurring role on "The Adventures of Pete and Pete." He played Mr. Hickle, the father of Big Pete's best friend, Ellen. By this time in Buscemi's career, he had just starred in "Reservoir Dogs," and was known as a well-established indie movie actor. 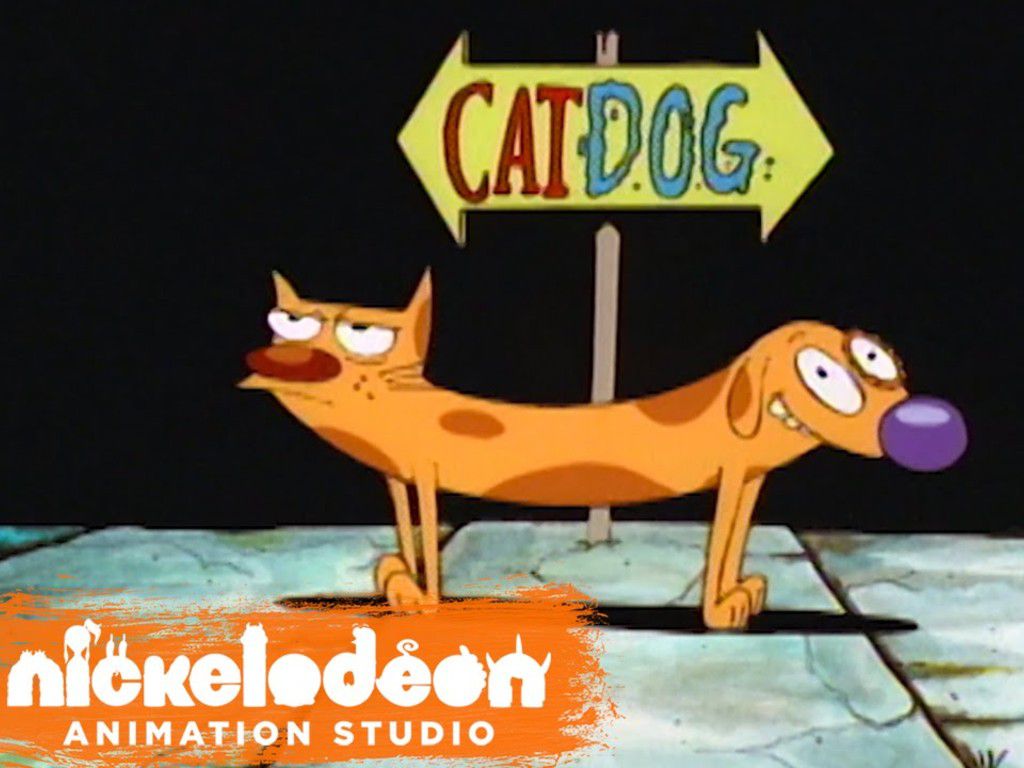 Which animal keeps a diary on "CatDog?"

The idea of "CatDog" started with a hero called 'The Amazing CatDog Man.' The character consisted of a man's body with the heads of a cat and dog attached to him as they fought with each other while attempting to rescue people. 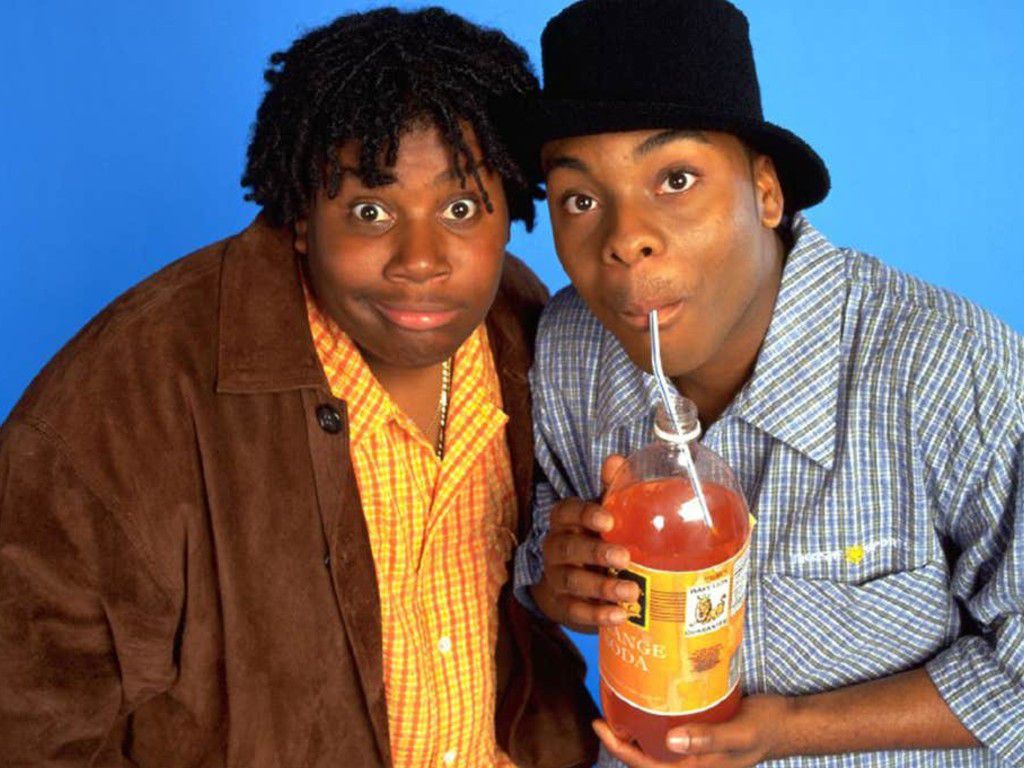 What is the name of the grocery store Kenan works at on "Kenan & Kel?"

"Kenan & Kel" made Nickelodeon history as it was the network's first sitcom that starred two African-American leading characters. Rapper Coolio performed and sang the show's theme song. He also directed the opening sequence of "Kenan & Kel." 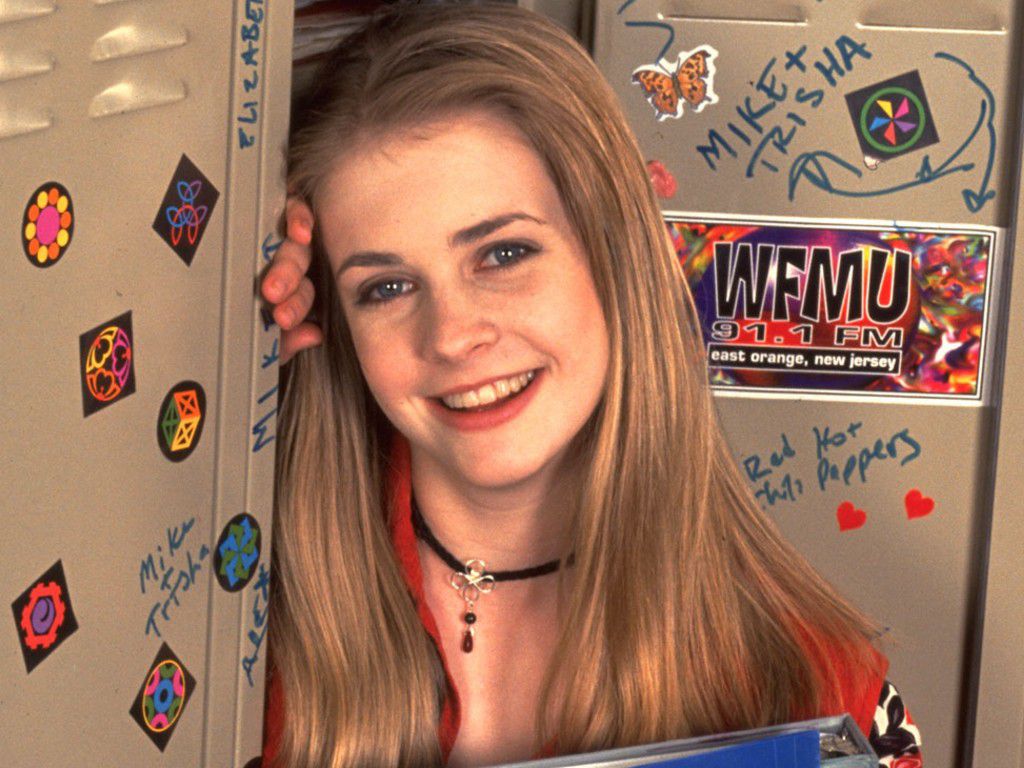 What is the nickname that Clarissa's dad gave to her?

To ensure that the perspective of "Clarissa Explains It All" was young and fresh, creator Mitchell Kriegman researched by reading magazines like 'Sassy' and asking his wife at the time, who just so happened to be the editor of 'Seventeen' magazine, for help. 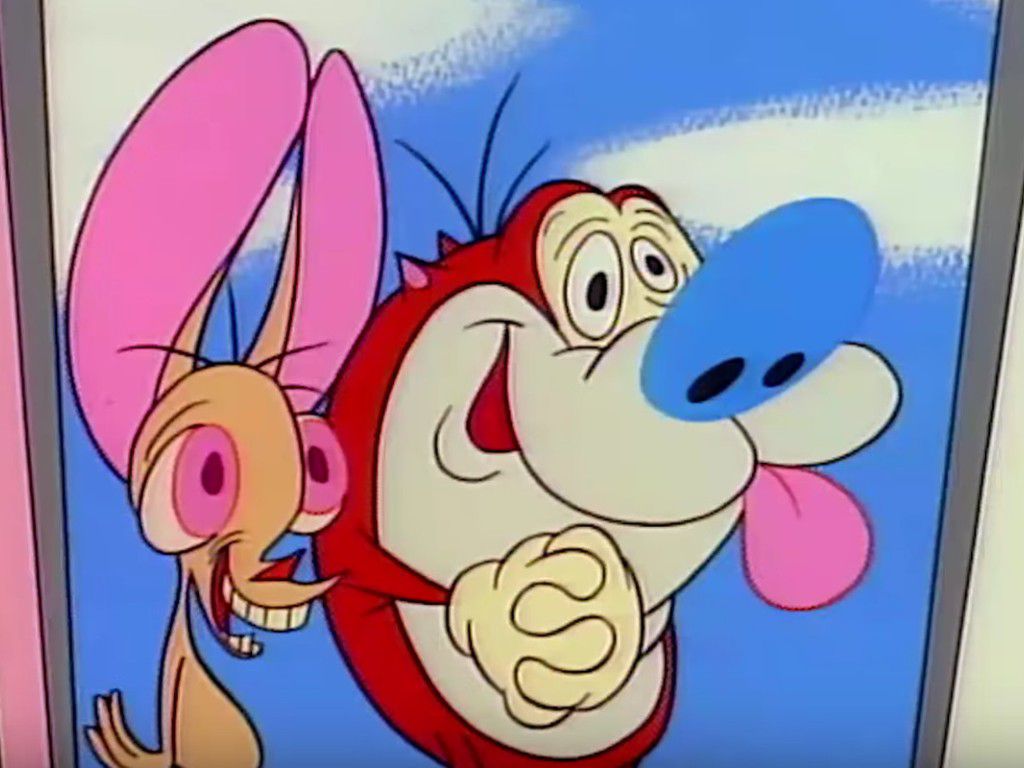 What animal is Stimpy from "The Ren & Stimpy Show?"

"The Ren & Stimpy Show" debuted on August 11, 1991. This was the same day that the TV series "Doug" and "Rugrats" debuted on Nickelodeon. These three shows helped form the foundation of the network's next decade of animated cartoons, such as "Rocko's Modern Life." 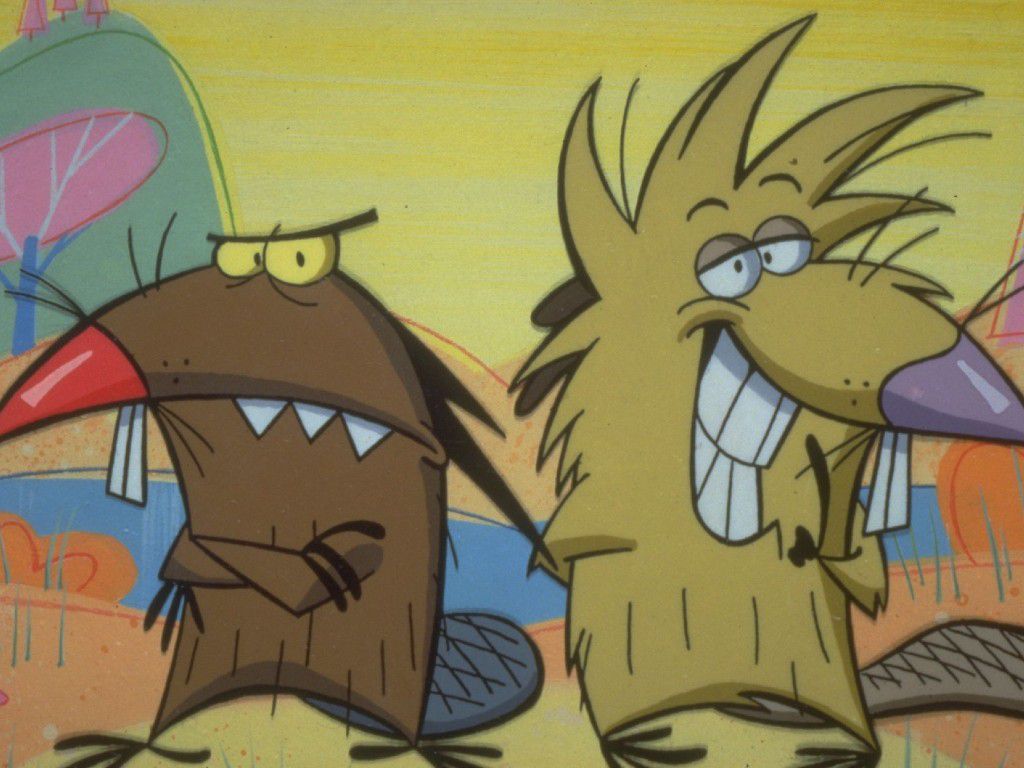 Why did the Beavers get kicked out of their parents' dam?

While watching "Angry Beavers," you may have noticed the analog clock in the background. It depicts real-time. Meaning that if ten minutes pass on the show, the clock will show that time accordingly. 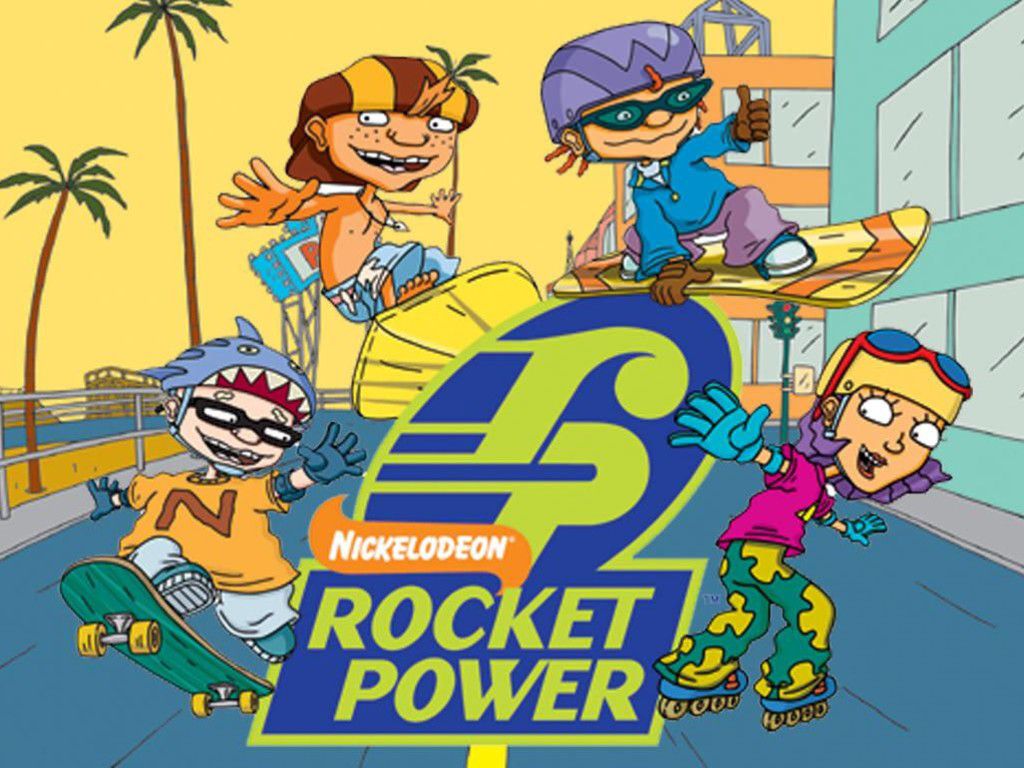 What are the names of the "Rocket Power" gang?

The pilot episode entitled "Rocket Beach" never aired; not even as a lost episode. It's almost impossible to find, unless you travel to the Paley Center for Media in Los Angeles, as it is one of the only places to have a copy. 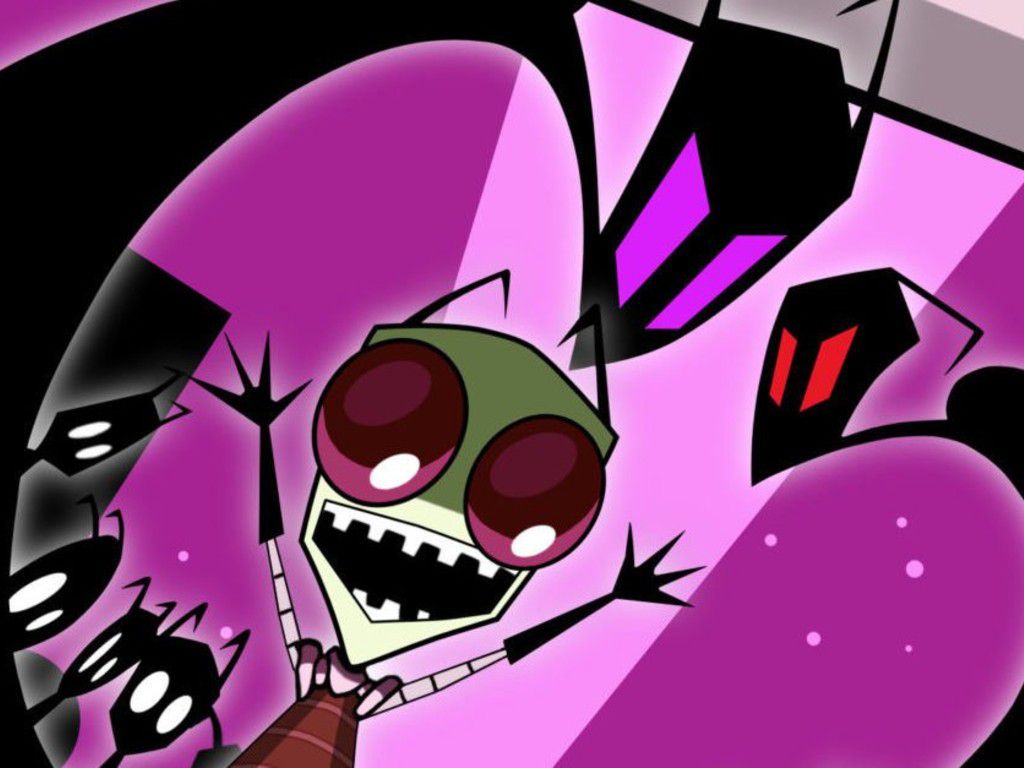 What is the name of Zim's home planet?

When Nickelodeon canceled "Invader Zim," about 17 episodes were still in production, along with a television movie and 23 episodes that were left unfinished. The TV series got the ax after receiving low rates and having too high of a production cost. 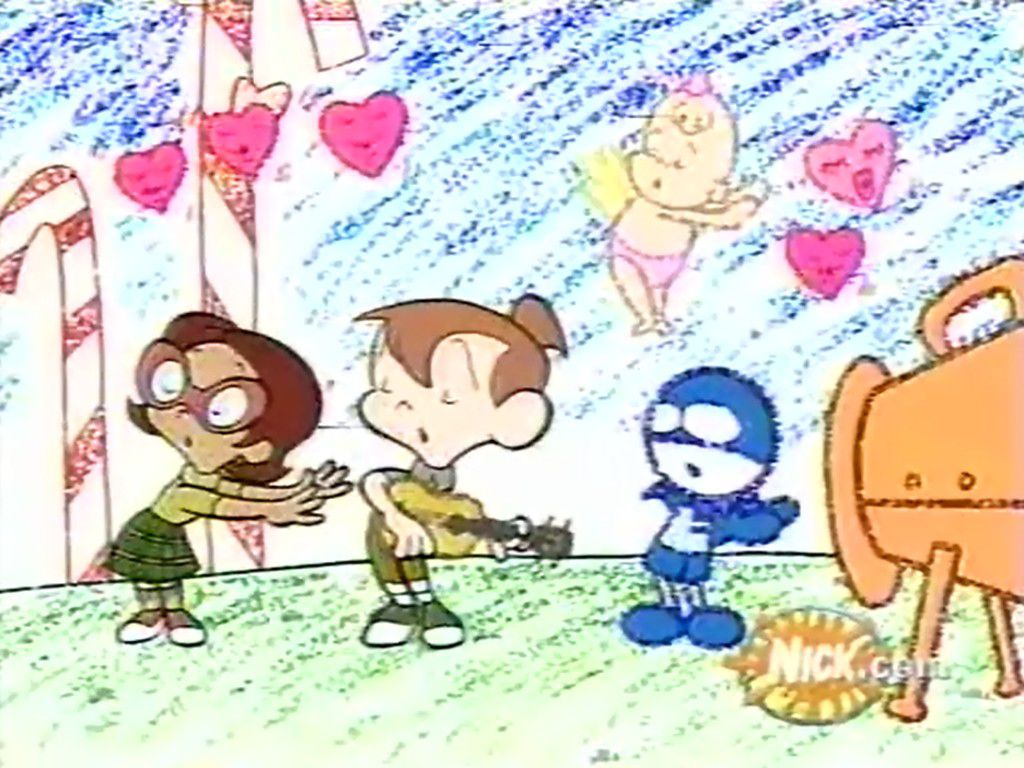 True or False: Snap appears in more episodes of "Chalk Zone" than Rudy or Penny.

"Chalk Zone" never had a proper series finale. One of the show's creators, Bill Burnett, said the series ending would have probably involved Snap realizing that as Rudy grows older, he would travel to Chalk Zone less, and eventually stop coming altogether. 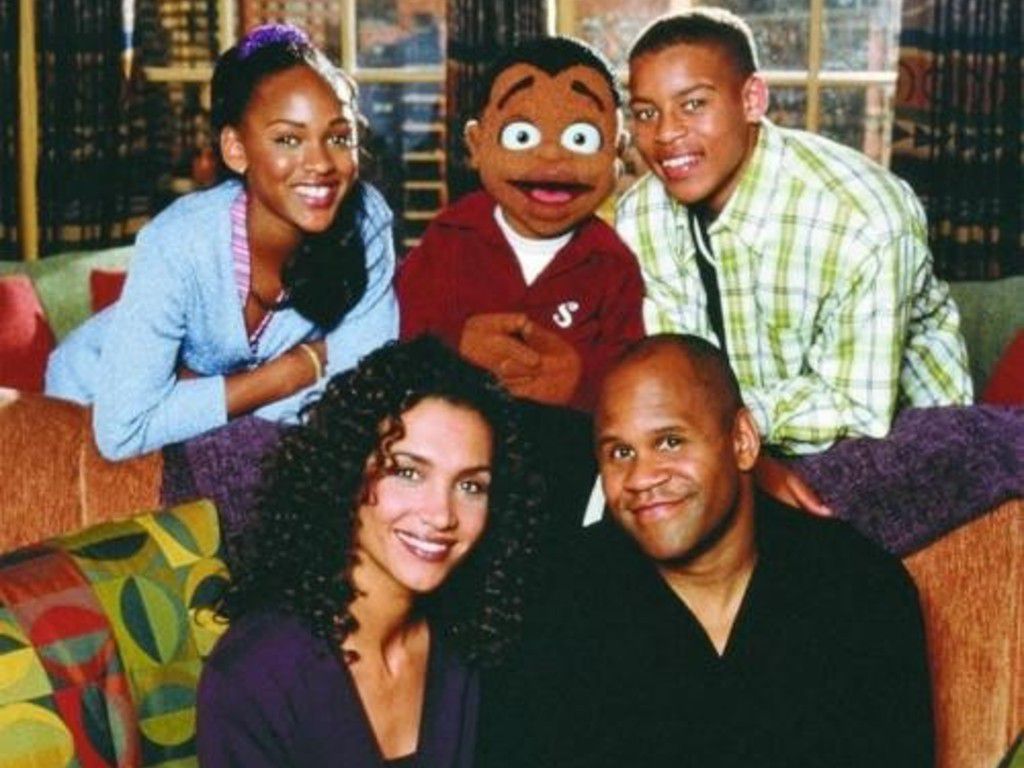 How many seasons did "Cousin Skeeter" last?

The TV series "Cousin Skeeter" was full of celebrity guest appearances. The show had cameos like Queen Latifah, Shaquille O'Neal and MC Lyte, to name a few! The girl group 702 performed the theme song, with their hit song "Steelio," inspiring the show's theme. 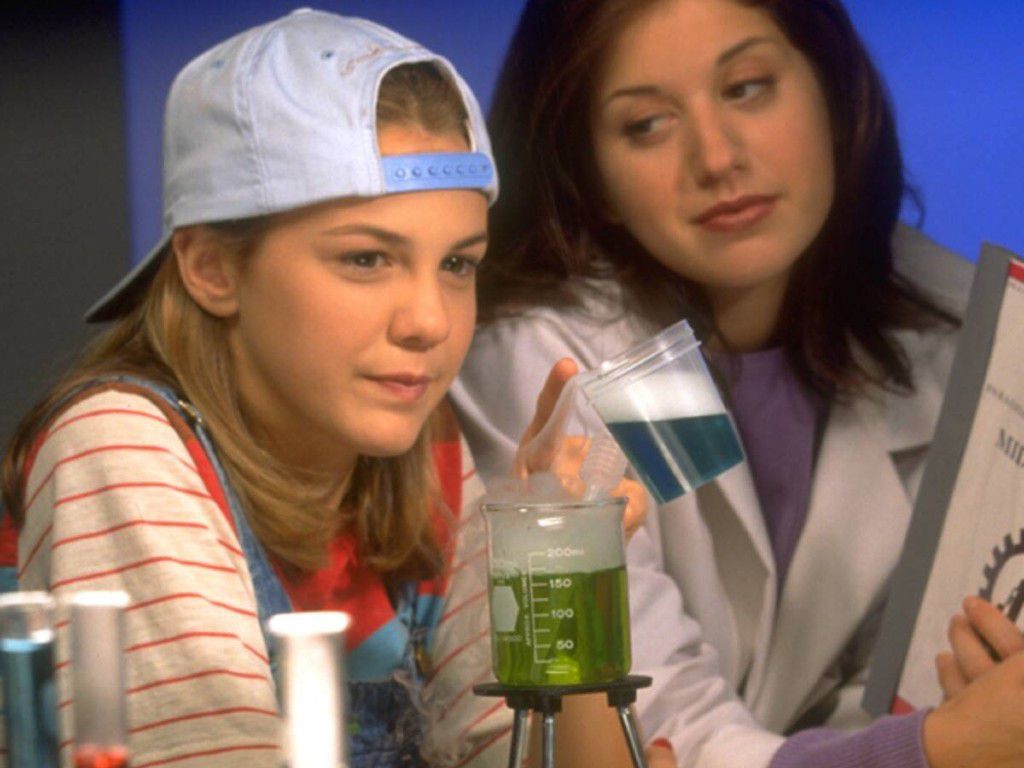 What are Alex's special powers on "The Secret World of Alex Mack?"

About 300 girls auditioned for the role of Alex Mack. The show's co-creator and producer Thomas W. Lynch said he came across a lot of actresses who worked in television too often. However, Larisa Oleynik had natural instinct, bringing more dimension to the character. 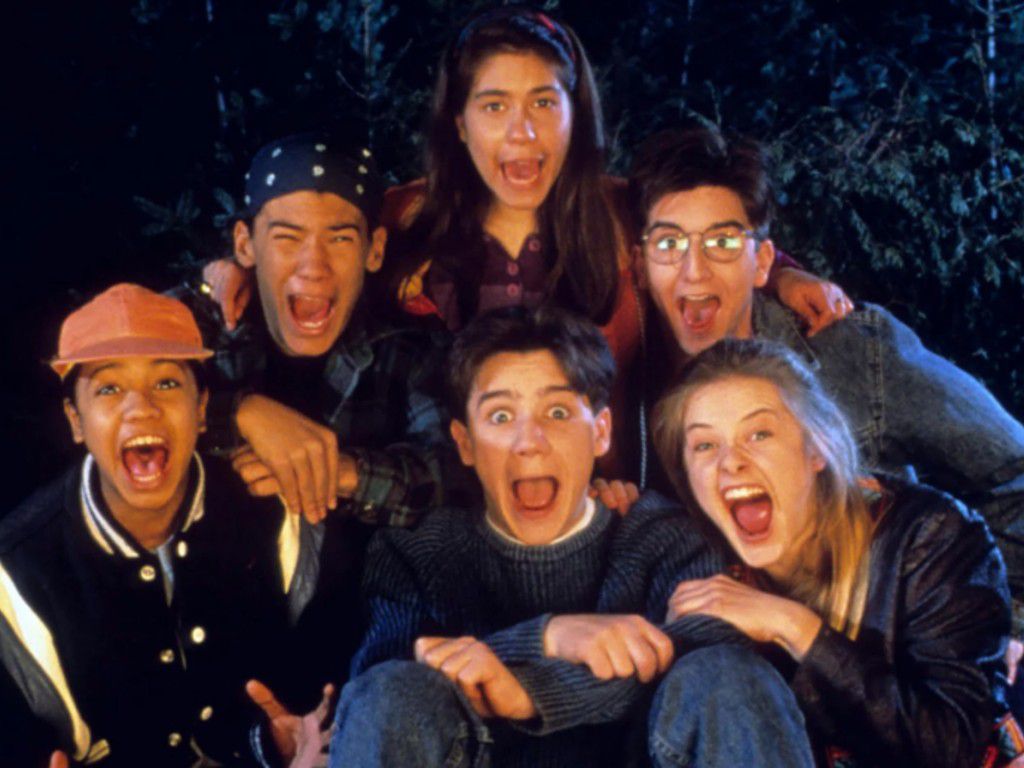 Whose grandfather founded the Midnight Society in 1937 on the TV series "Are You Afraid of the Dark?"

Nickelodeon was very proud of the TV series "Are You Afraid of the Dark." They wanted to focus on showcasing diversity on the show, and in fact, it became a strong mandate. In 1996, the show received a nomination for an NAACP award. 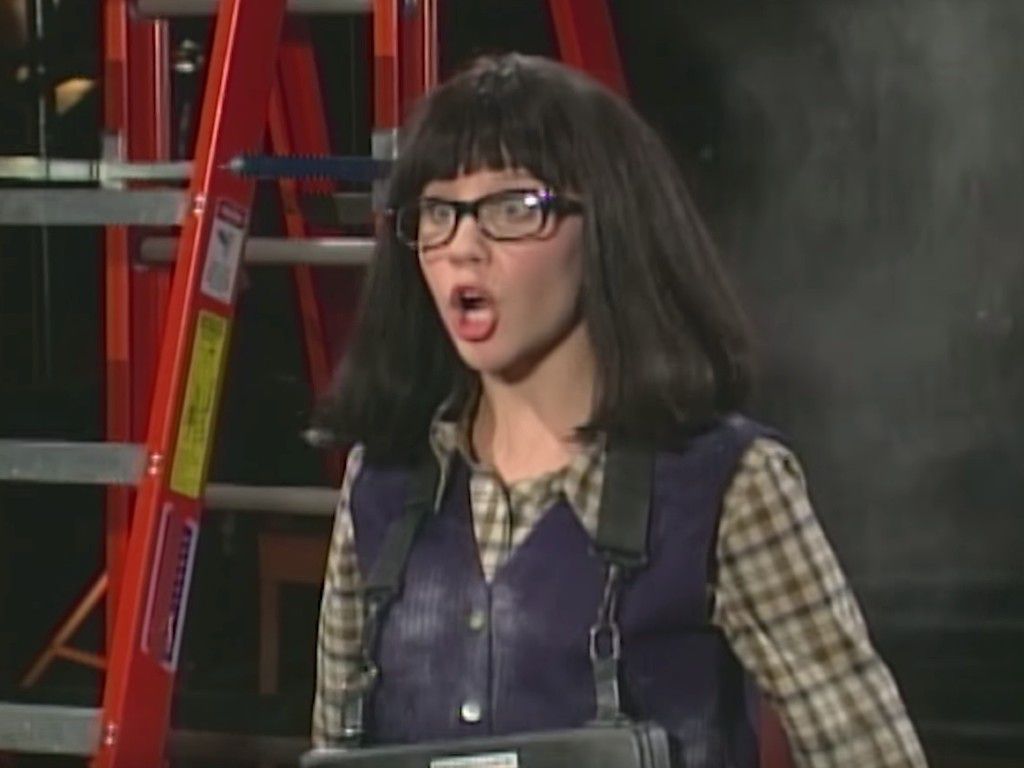 What is the name of Amanda's number one fan on "The Amanda Show?"

Drake Bell revealed in an interview that many times the actors would receive wardrobe and have to create a character around that concept. So, a majority of the sketch comedy series was improvised. 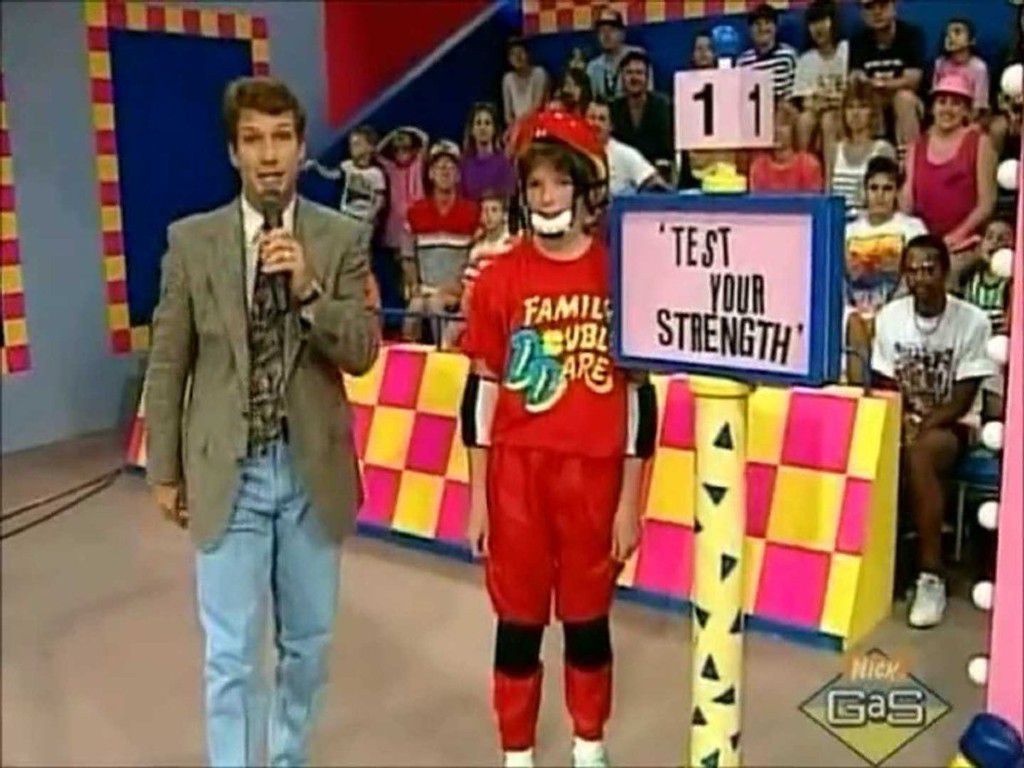 During the obstacle course challenge on "Double Dare," contestants had to walk through which body part? 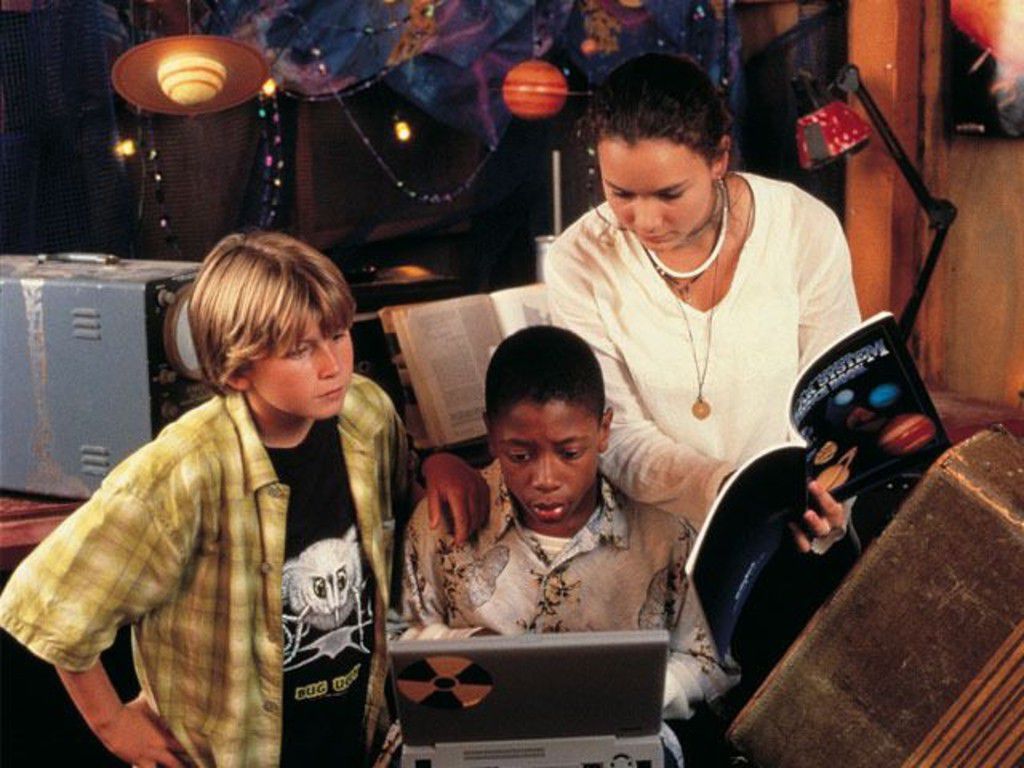 What show is this? 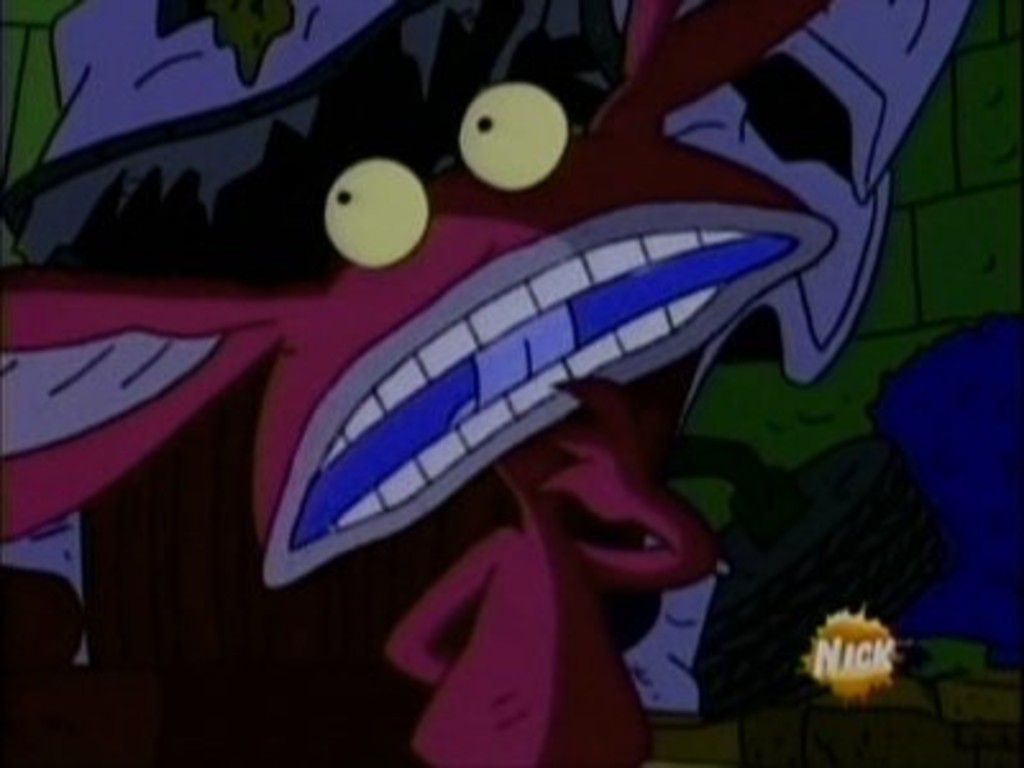 What is the name of this monster from "Aaahh! Real Monsters?"

Mr. Gromble, the teacher at the monsters academy, from "Aaahh! Real Monsters" was modeled after the Chief Blue Meanie character from the Beatles animated film "Yellow Submarine." They both even have a similar speaking pattern and style. 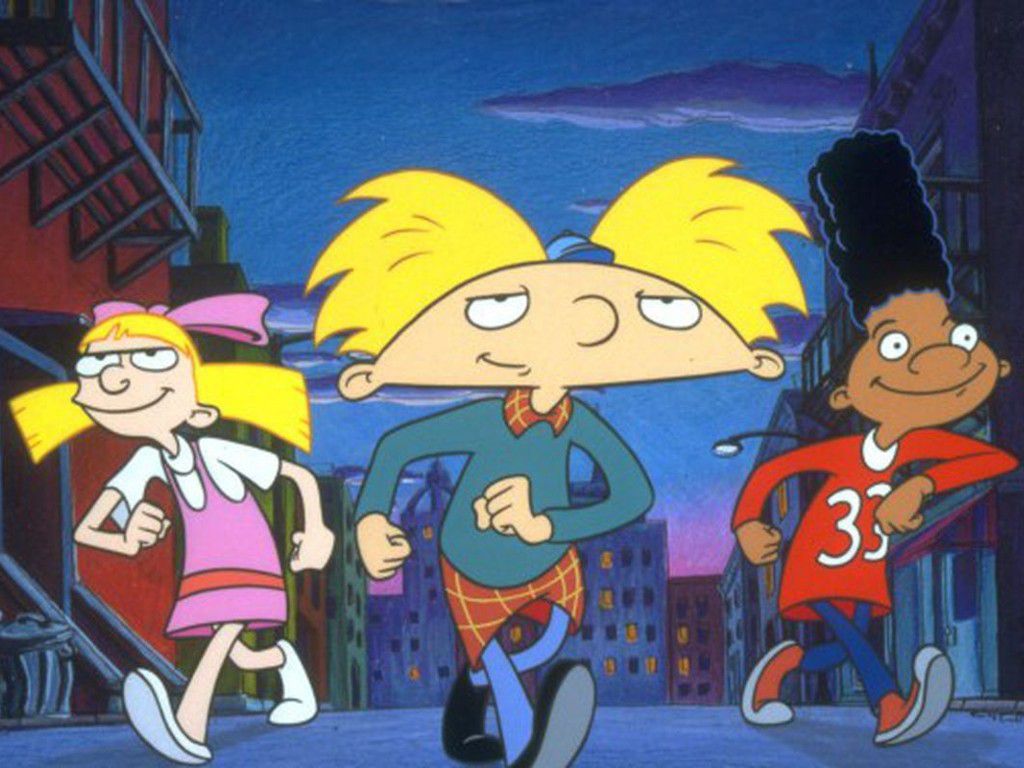 What pet does Arnold own on "Hey Arnold?"

Craig Barlett, the creator of "Hey Arnold," received a lot of guidance from his brother-in-law, Matt Groening, the creator of "The Simpsons." Groening encouraged him to design the show's characters to be recognizable from a distance or their silhouette.
You've scored 4/25 correct answers!