Do You Remember These Pieces of ‘90s Culture? 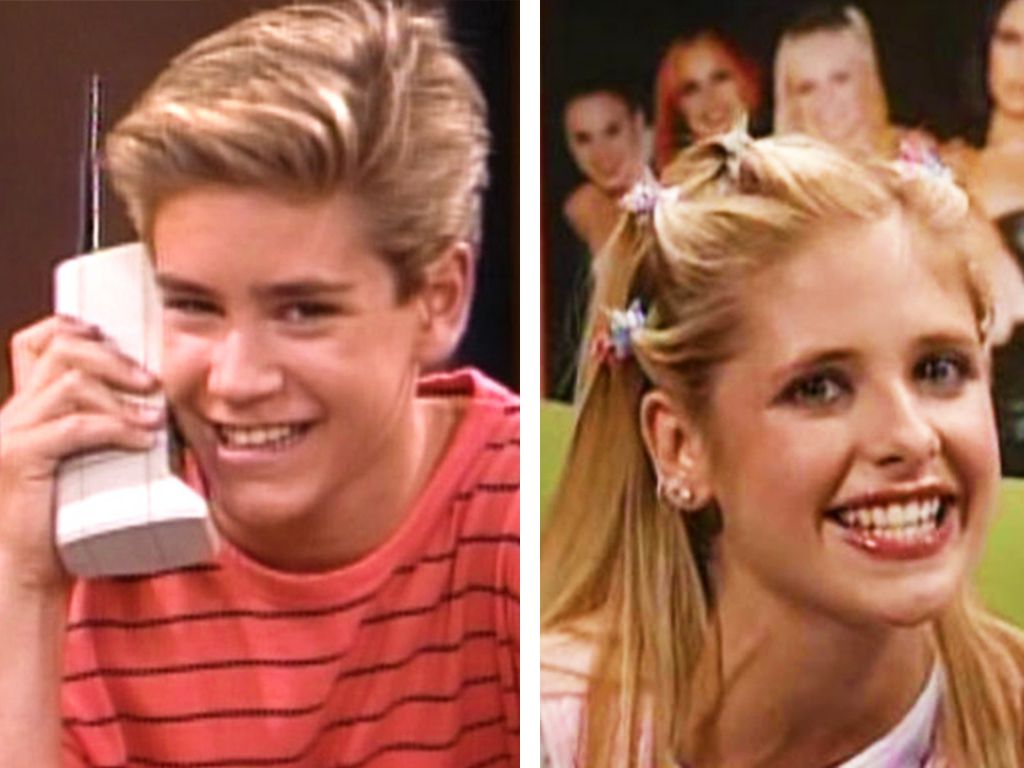 The ‘90s was a carefree time to grow up. Social media hadn’t been invented yet, but you could still surf the world wide web to find songs for your MP3 player. That is, if your parents weren’t using the phone while you were trying to get online.

And if you weren’t waking up early on Saturday mornings to watch cartoons, you were waking up early to catch “TRL” on MTV, just hoping to catch a glimpse of Justin Timberlake’s frosted tips. 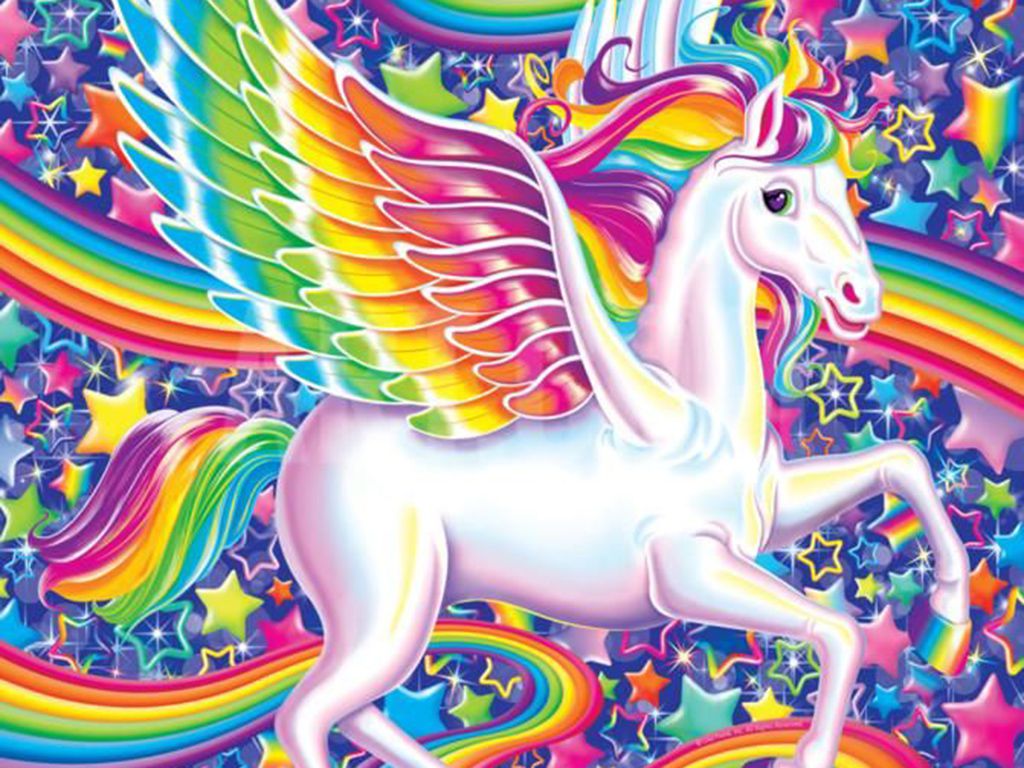 Who is the artist of this rainbow unicorn?

Lisa Frank no longer sells colorful office materials, but the company continues to license their name to smaller companies who carry on the rainbow legacy. 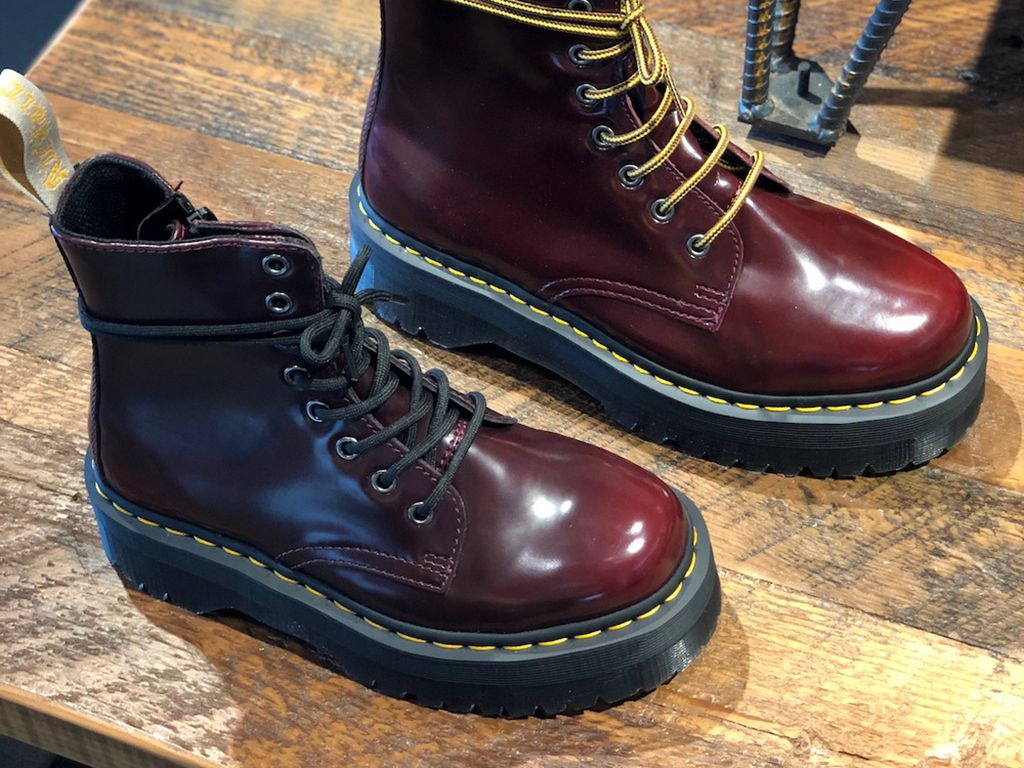 What are these shoes called?

Dr. Martens has been producing footwear since 1947, but the style came into fashion in the ‘90s as a staple of the grunge subculture. And the durable shoe has never really gone out of style and can be seen worn by models like Bella Hadid and Hailey Baldwin today. 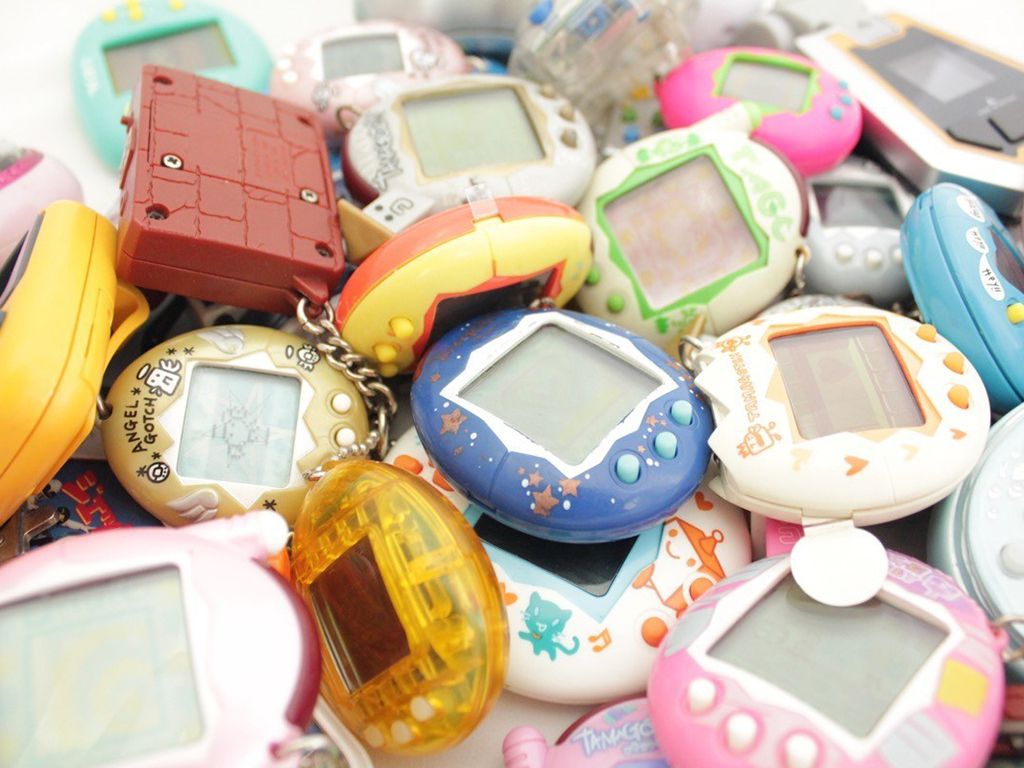 What are these high-tech toys?

Tamagotchi is actually a combination of the Japanese words “tamago” meaning egg and “uotchi” meaning watch. They are still popular toys around the world and as of 2017, over 82 million have been sold.

What is this ultimate fashion statement?

Slap bracelets were invented by Wisconsin teacher Stuart Anders, who originally called them “Slap Wraps.” The bracelets were banned in many schools in the ‘90s after reports of injuries became common. 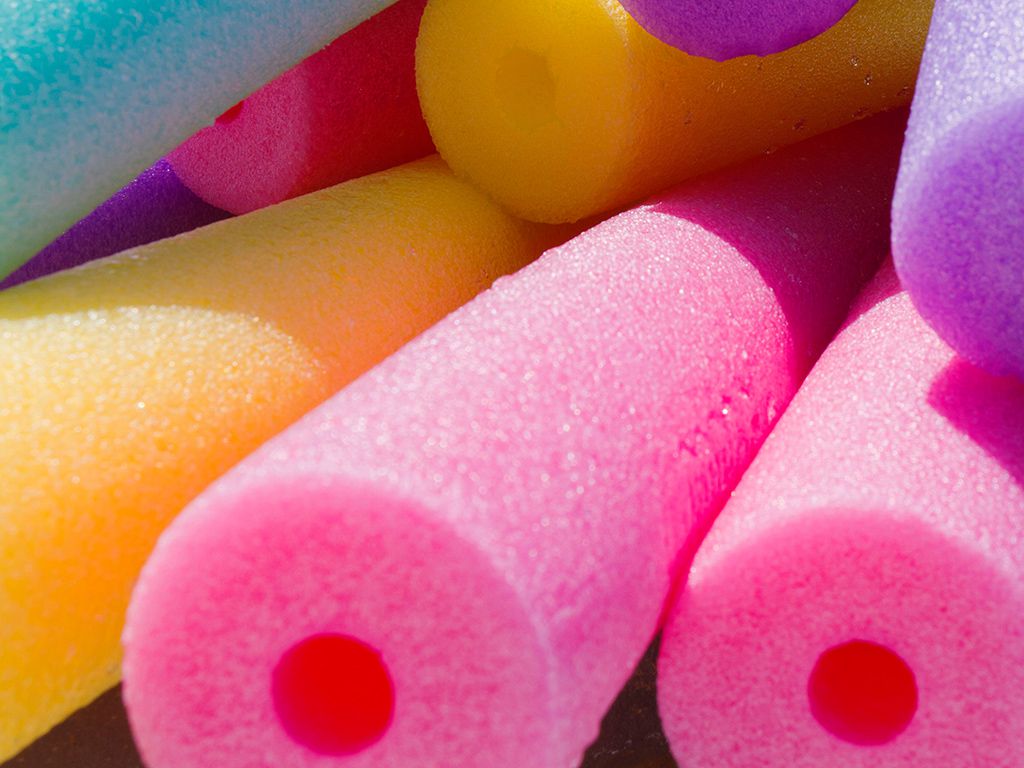 What are these summer must-haves?

Also called “Fun Noodles,” these pool toys made spending the summer by the pool a lot more fun. If you had a Slip ’N Slide and Super Soaker too, you were guaranteed to have a good time. 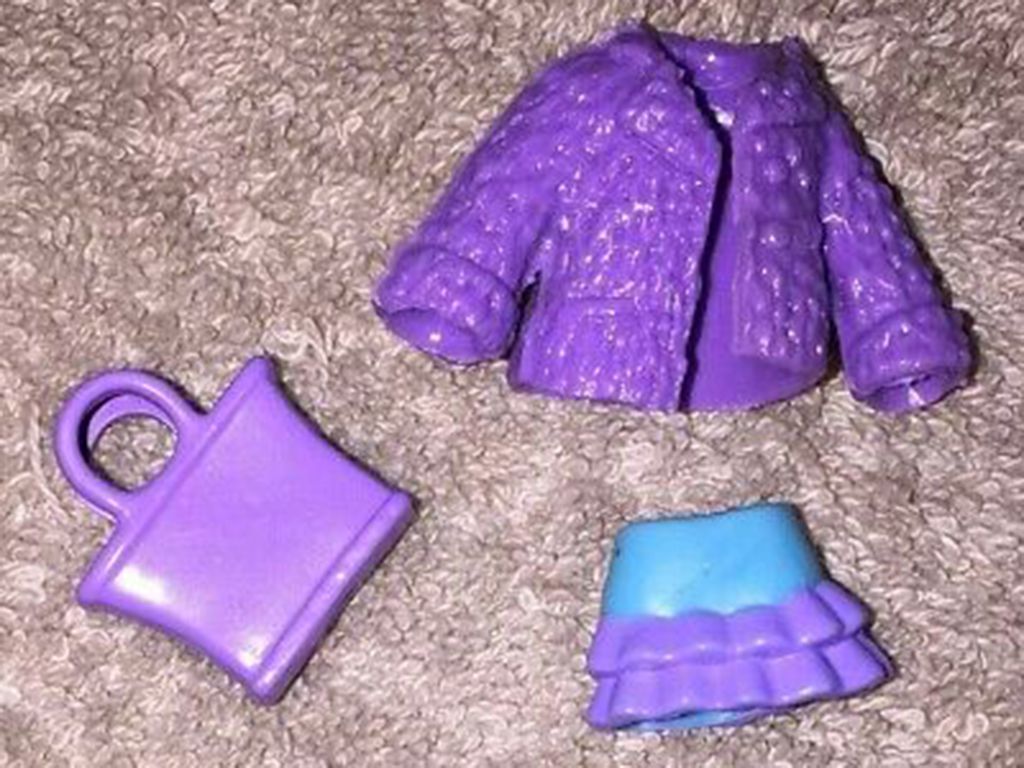 Who wore these colorful rubber outfits?

There have been several movies produced starring the lineup of Polly Pocket characters including “PollyWorld” and “Polly Pocket: Lunar Eclipse." A Polly Pocket television series also premiered in 2018. 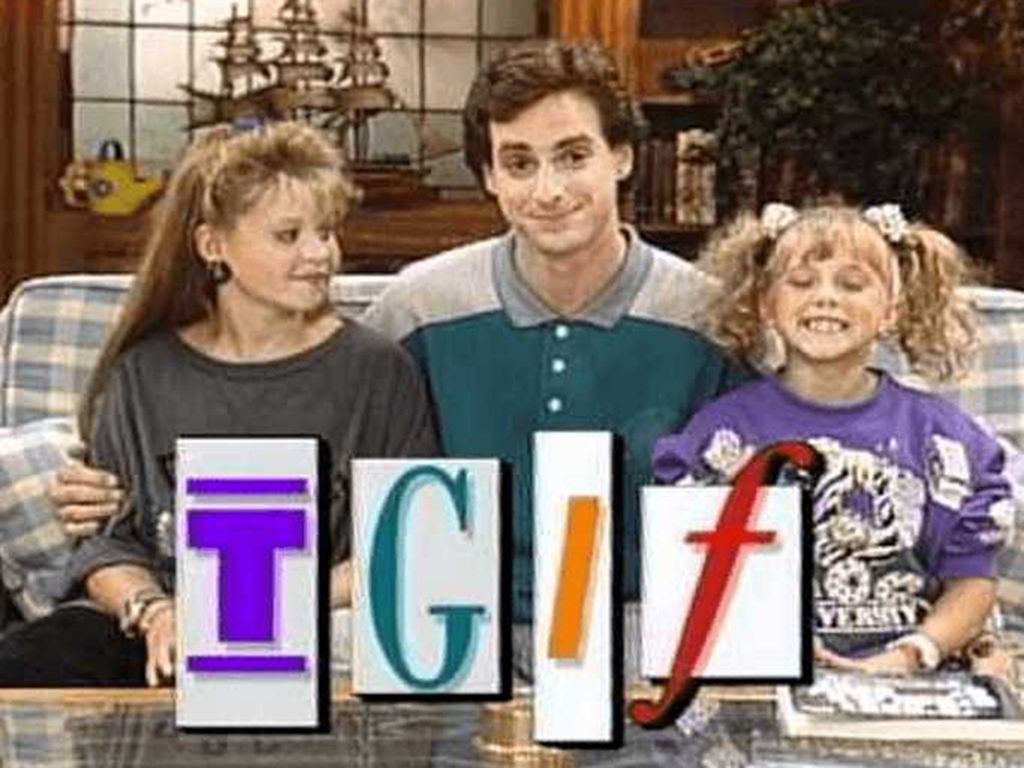 What ‘90s show was on the TGIF lineup?

“Full House” was a hugely successful show despite the fact that critics never had many nice things to say about it. Its spin-off series “Fuller House” also had a successful run of five seasons on Netflix. 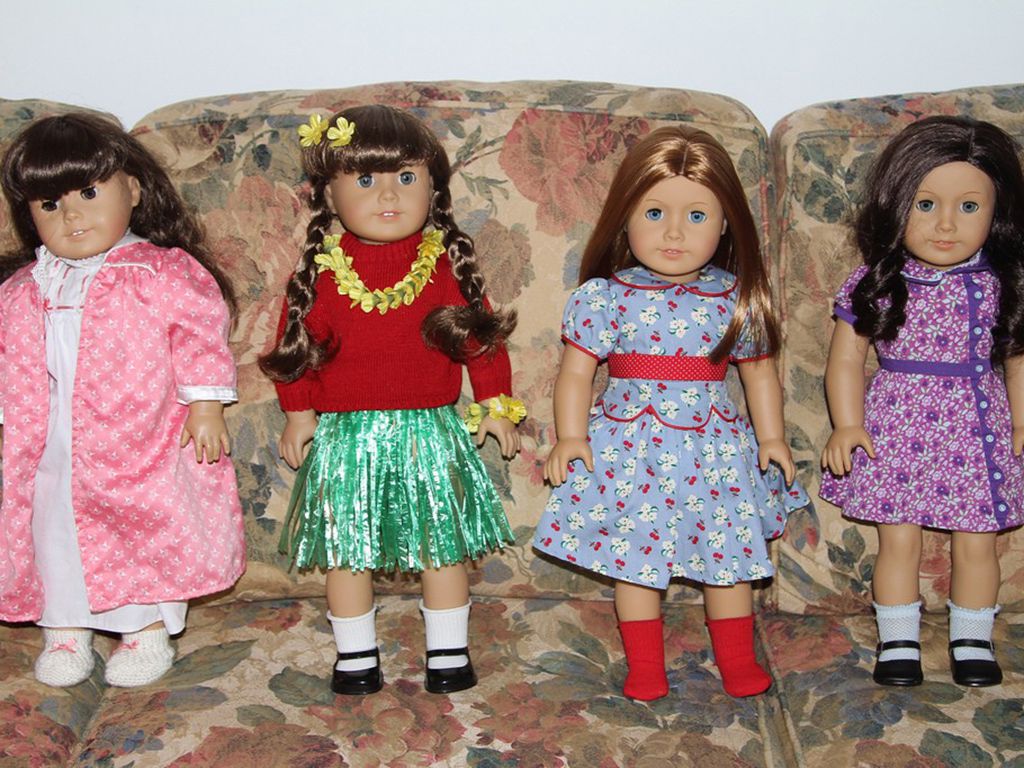 What are these dolls called?

The first American Girl doll was Molly McIntire, who was a World War II era girl who liked skating, tap-dancing, movies and summer camp. The doll was re-released in 2013. 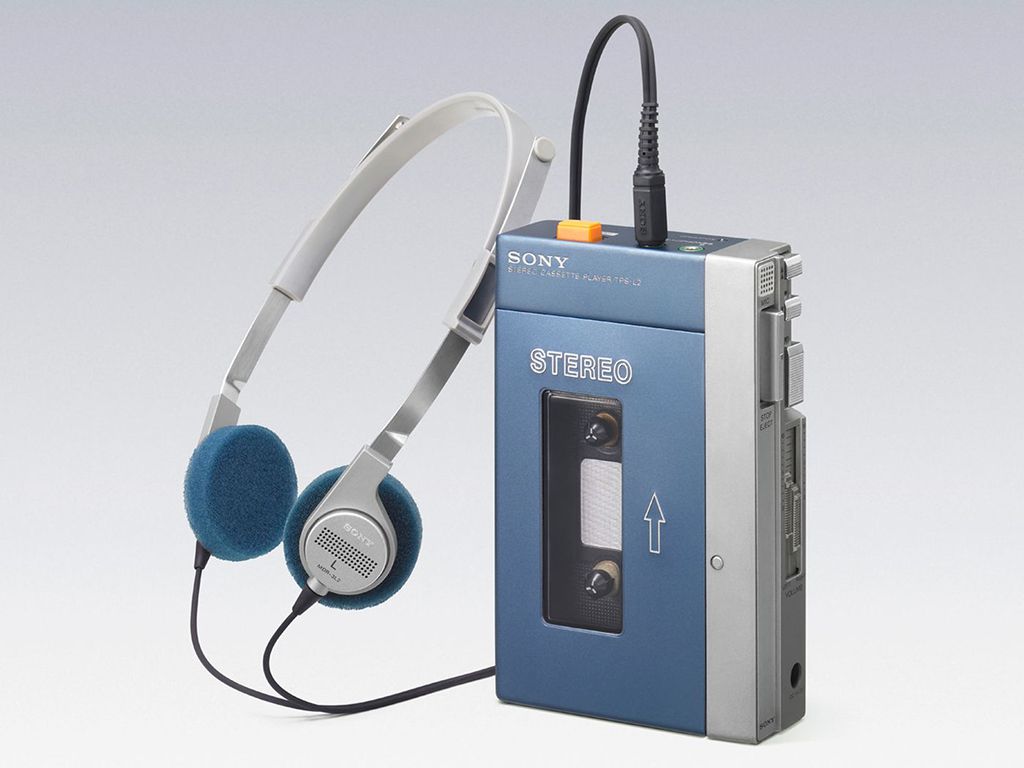 What is this music player called?

‘90s kids may remember their walkman holding their favorite CDs, but the first Sony Walkman that was released in 1979 was a portable cassette player. 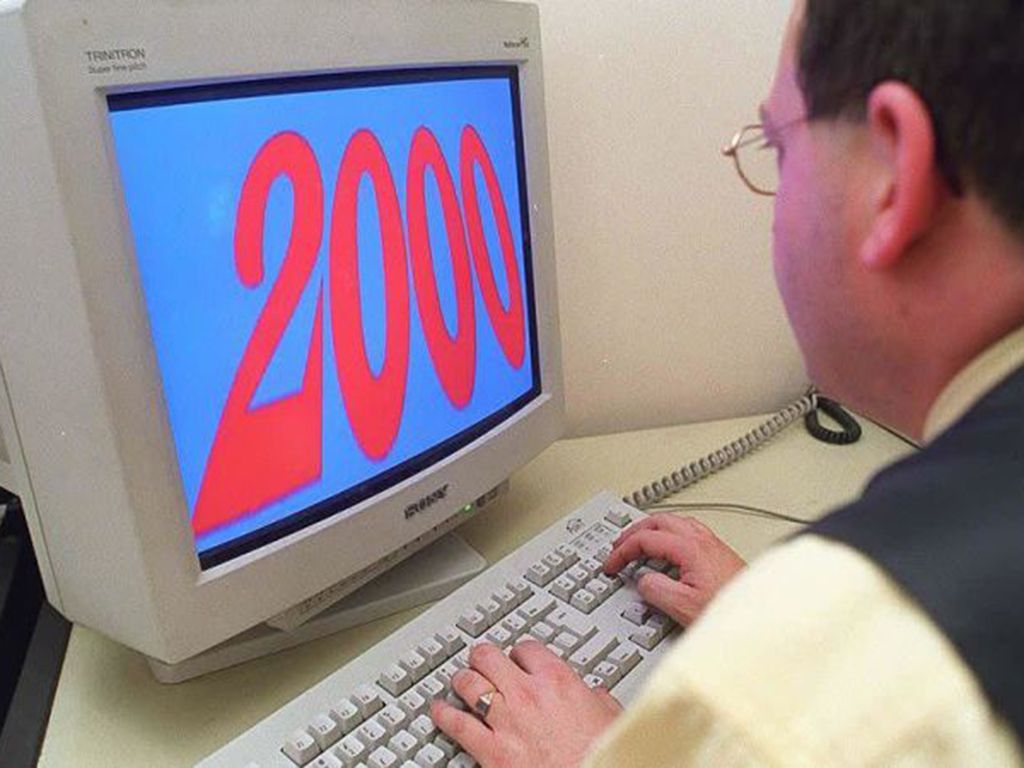 What was the event that people feared in 1999?

People braced for the absolute destruction of society to happen on January 1, 2000 because they feared that computers wouldn’t be able to understand the new millennium. It turns out that the only major problem that needed to be fixed was changing the date on your computer. 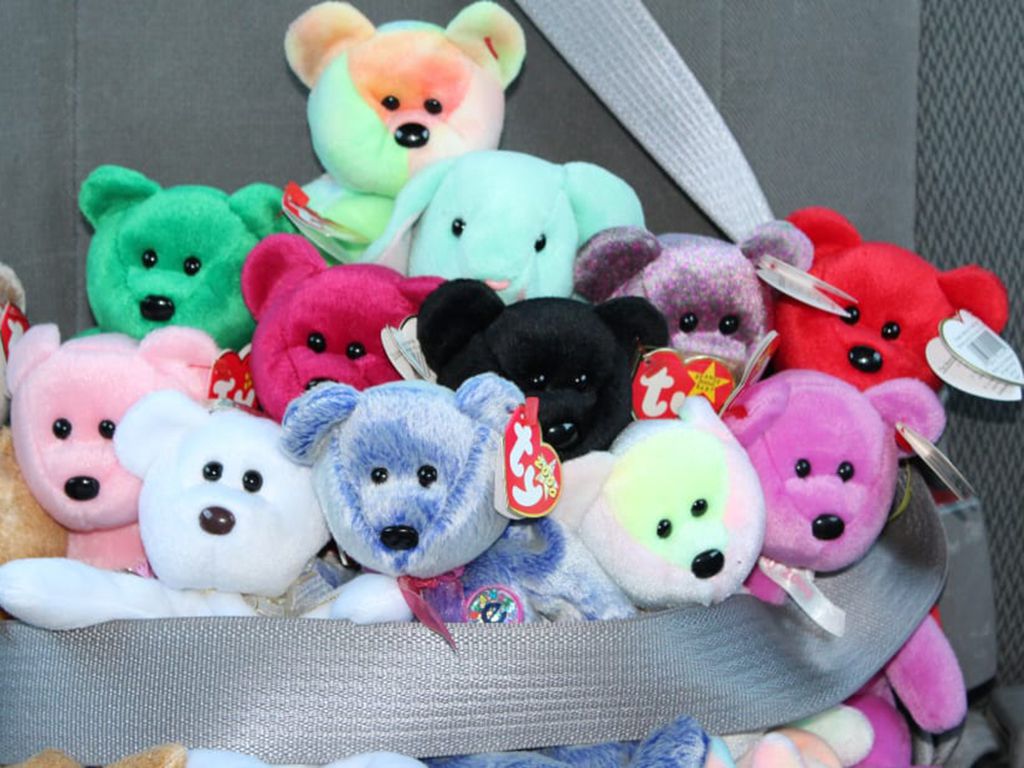 What are these toys called?

In the ‘90s, Beanie Babies were extremely collectible and many customers thought that their collections would be worth some serious cash in the future. But, most of the toys haven’t really risen in value since they were released. 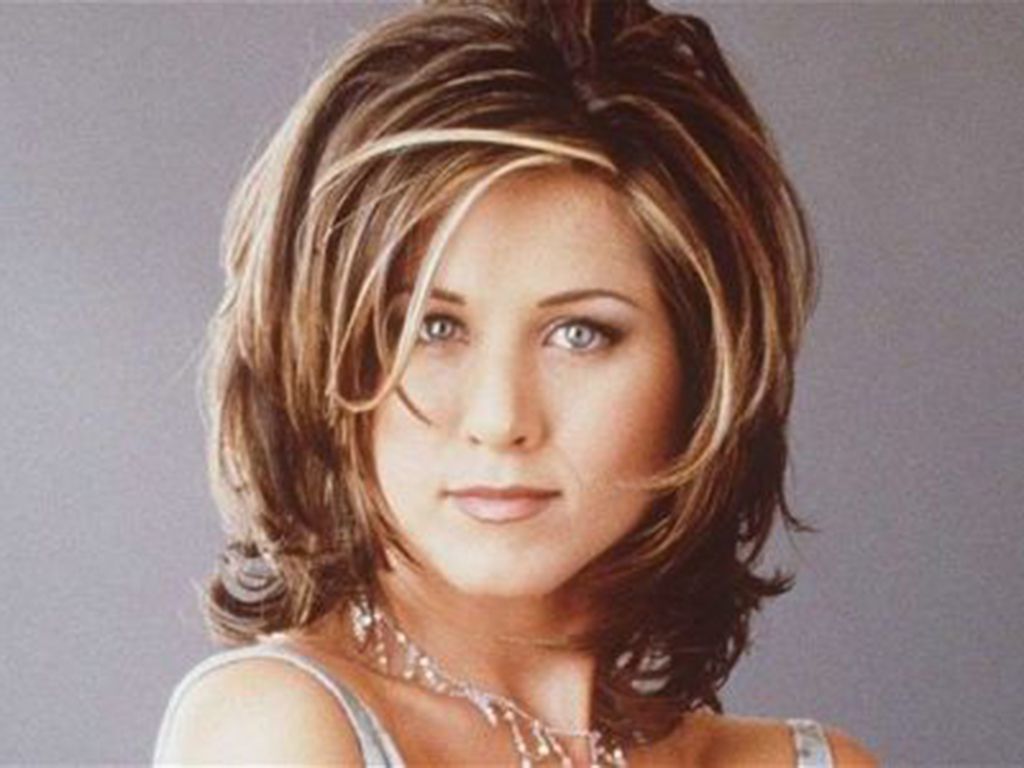 What is this hairstyle called?

One person who does not like the hairstyle that got its name from the “Friends” character is the woman who played her. Jennifer Aniston has called ‘the Rachel,’ “the ugliest haircut I’ve ever seen.” 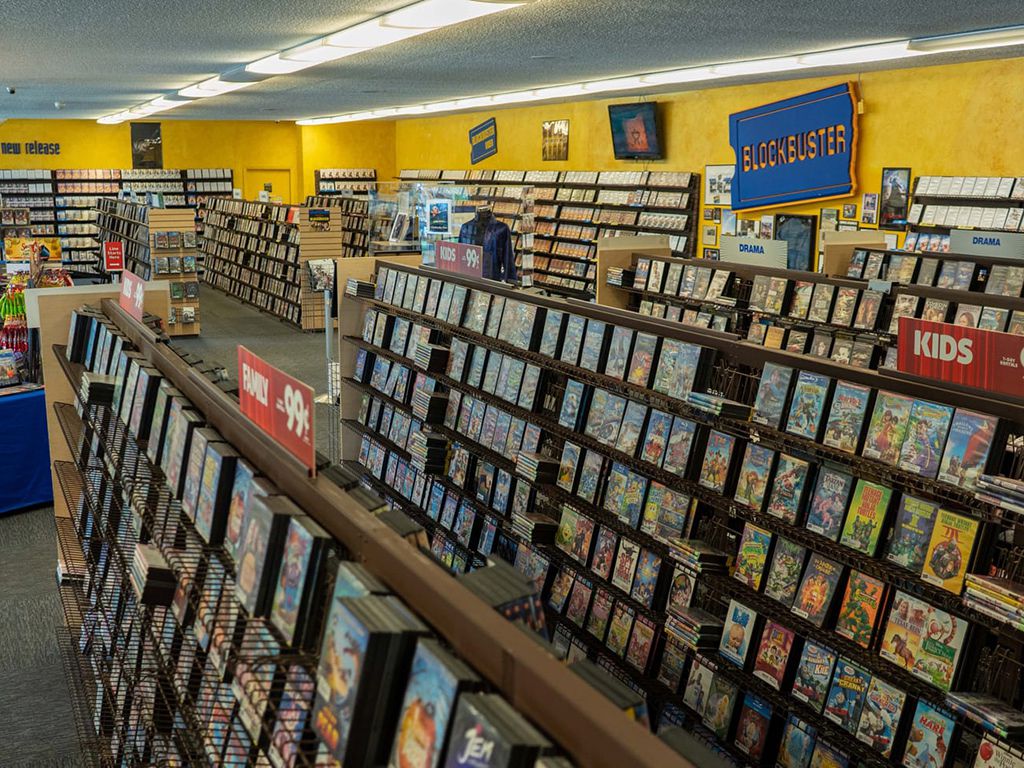 What is this video store called?

Today there is only one Blockbuster store still open in the world and it is located in Bend, Oregon. But at the company's peak in 2004, there were over 9,000 stores in operation across the world. 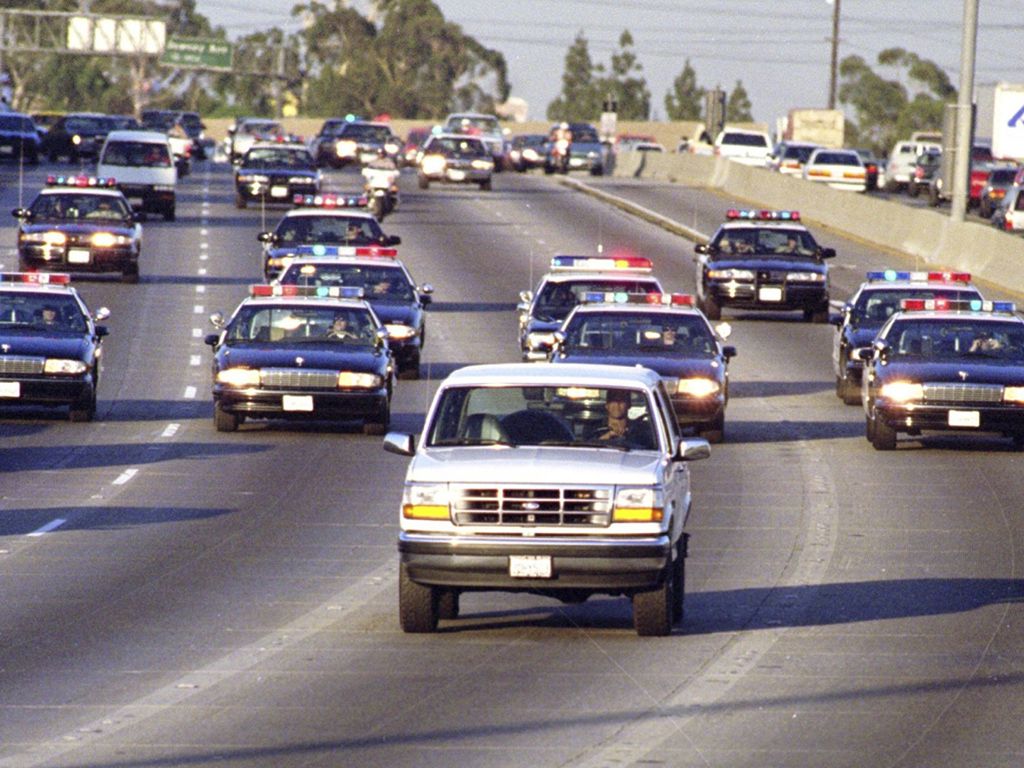 What car did OJ Simpson drive during his low-speed chase with police?

The low-speed chase which ended in Simpson surrendering to the authorities at his home was viewed by an estimated 95 million viewers across the United States. It was broadcast by ABC, CBS, NBC and CNN as well as local news stations. 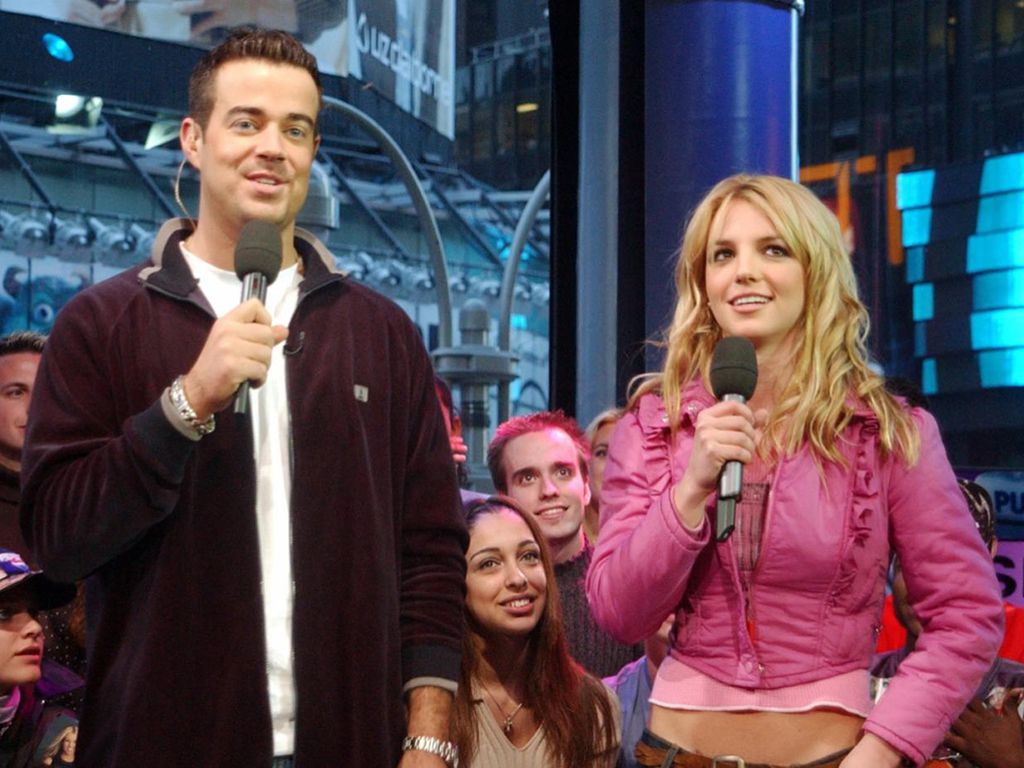 What classic MTV show is this?

“TRL” stood for Total Request Live and although the series ended in 2008, MTV revived the show in 2017 and it still airs every Saturday morning on the channel under the name “Fresh Out Playlist.” 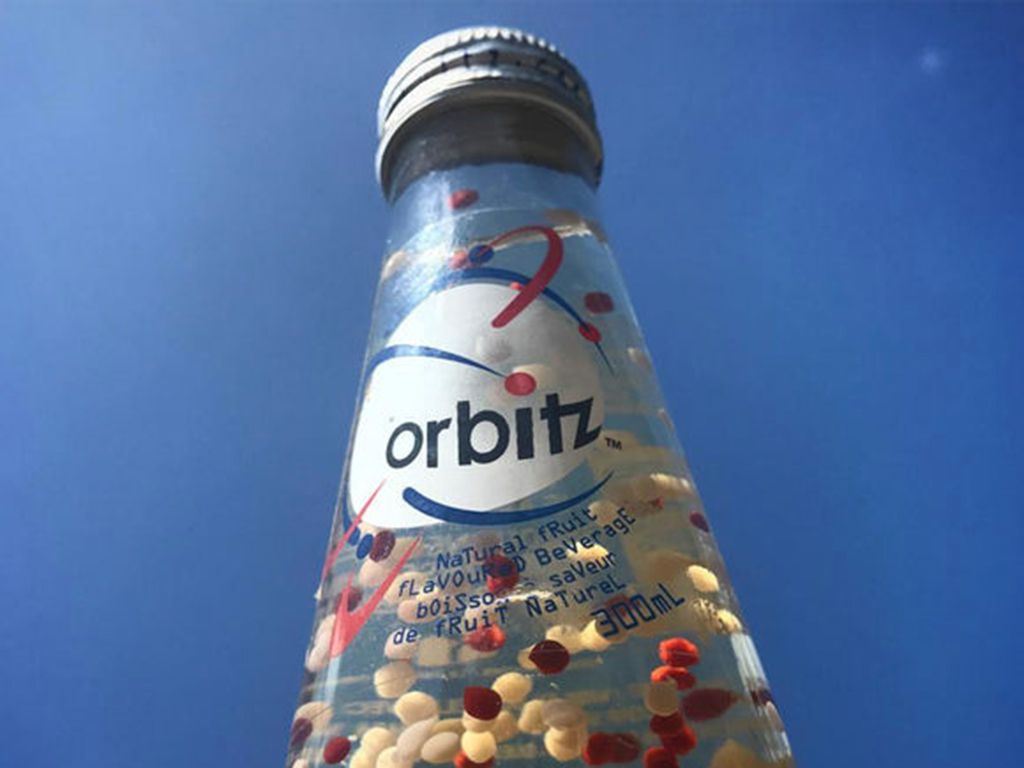 What did Orbitz soda have floating in it?

Unopened cans of Orbitz have sold on eBay for around $50, but there’s no word on if the drink still takes good 20 years later. One thing is for sure though, the bubbles are still floating! 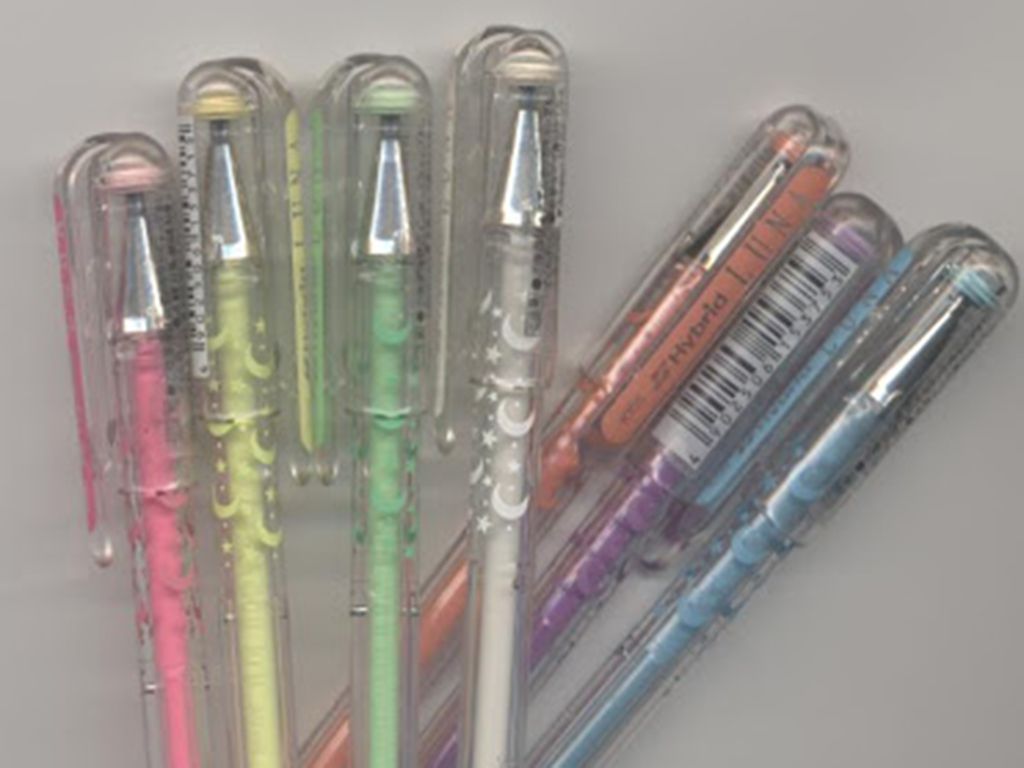 What are these pens called?

Also known as “gelly rolls,” the colorful and sometimes sparkly pens were a must have for students in the ‘90s, because they were bright, cute and perfect for writing notes to your crush. 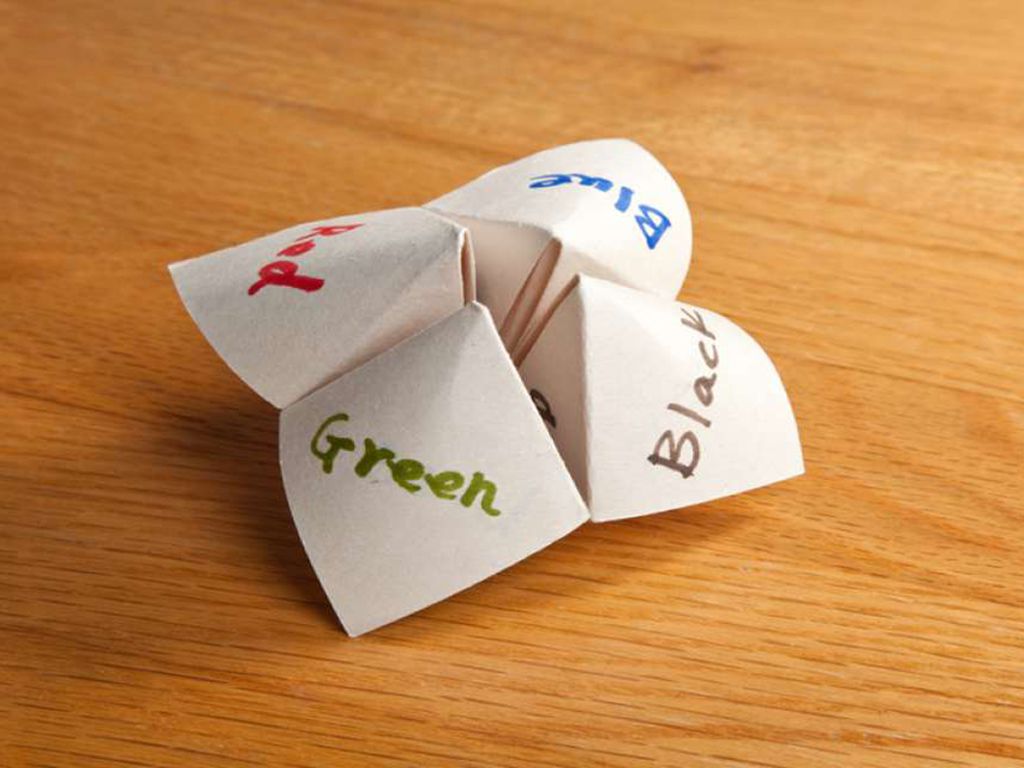 What is this recess project called?

Before passing notes in class evolved into texting, kids would make these paper fortune tellers to pass the time during recess. Inside are eight flaps, each able to conceal a hidden message.

What advice did VHS tapes have on them?

“Be kind, rewind” was a phrase that was stuck to every VHS tape in Blockbuster, because if you returned a video without rewinding it back to the beginning first, you were the worst kind of person. 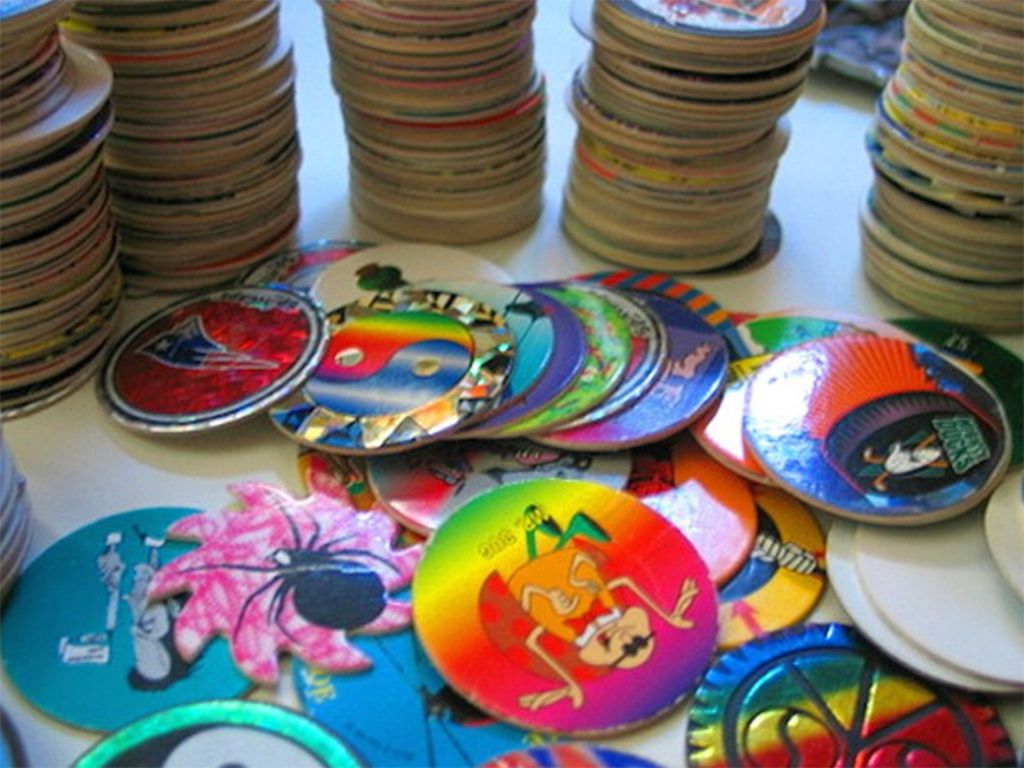 What are these collectibles called?

Pogs were handed out in McDonald’s Happy Meals, making them an easily accessible game piece for kids to find in the ‘90s. But, the game was such a distraction that many schools throughout North America banned Pogs. 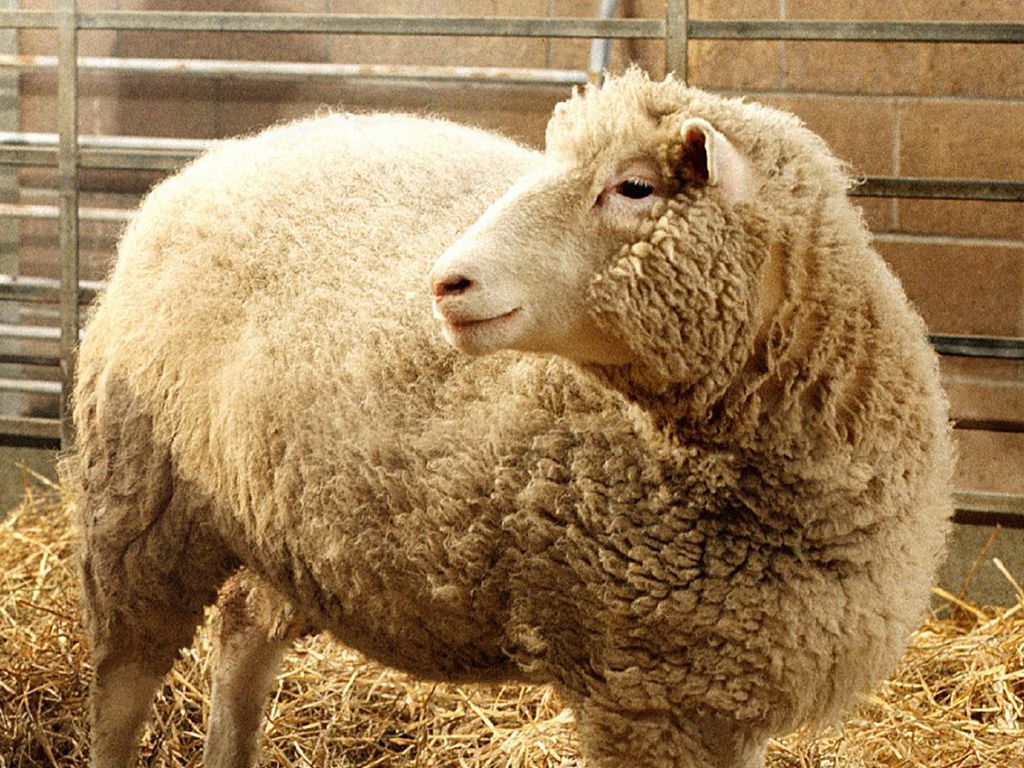 What was this cloned sheep’s name?

Dolly the sheep was the first mammal cloned from an adult cell. The sheep actually had three mothers: one who provided the egg, another who provided the DNA and a third who carried the embryo to term. 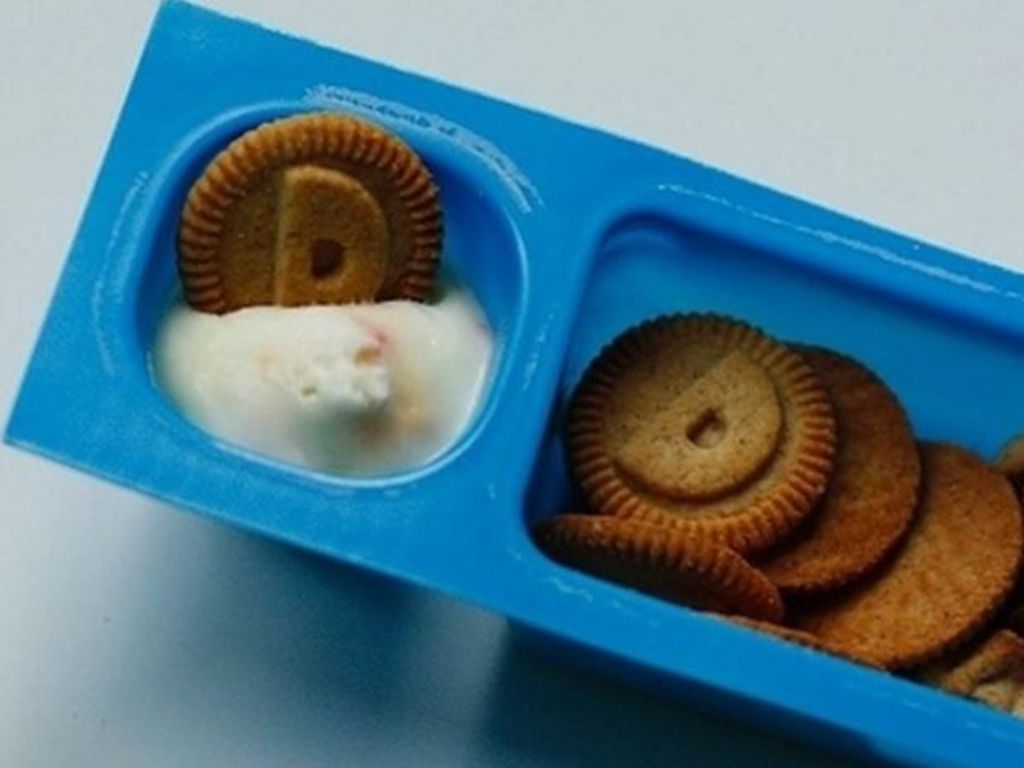 What is this snack called?

If you’re a ‘90s kid still pining after the sweet taste of Dunkaroos, you’re in luck! During the summer of 2020, the snack was rereleased and is currently available for purchase online while supplies last. 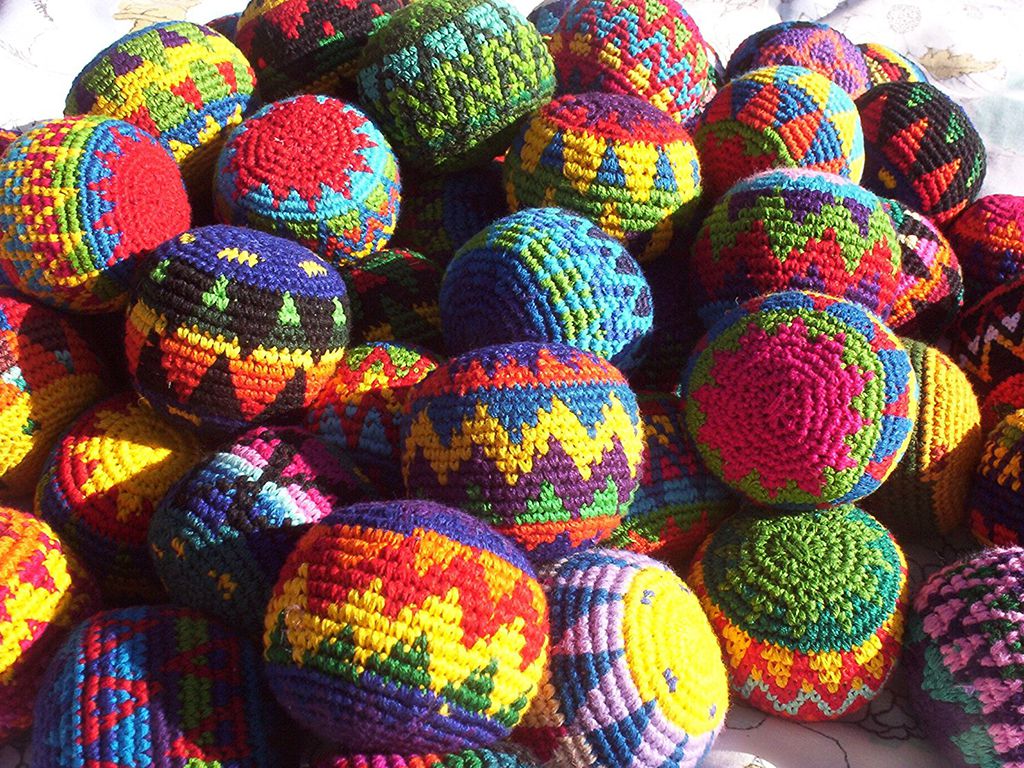 What is this ball called?

Hacky sacks rose to popularity for the first time in the ‘70s and had a resurgence in the ‘90s. The most common game to play with one was to keep it in the air for as long as possible using only your feet. 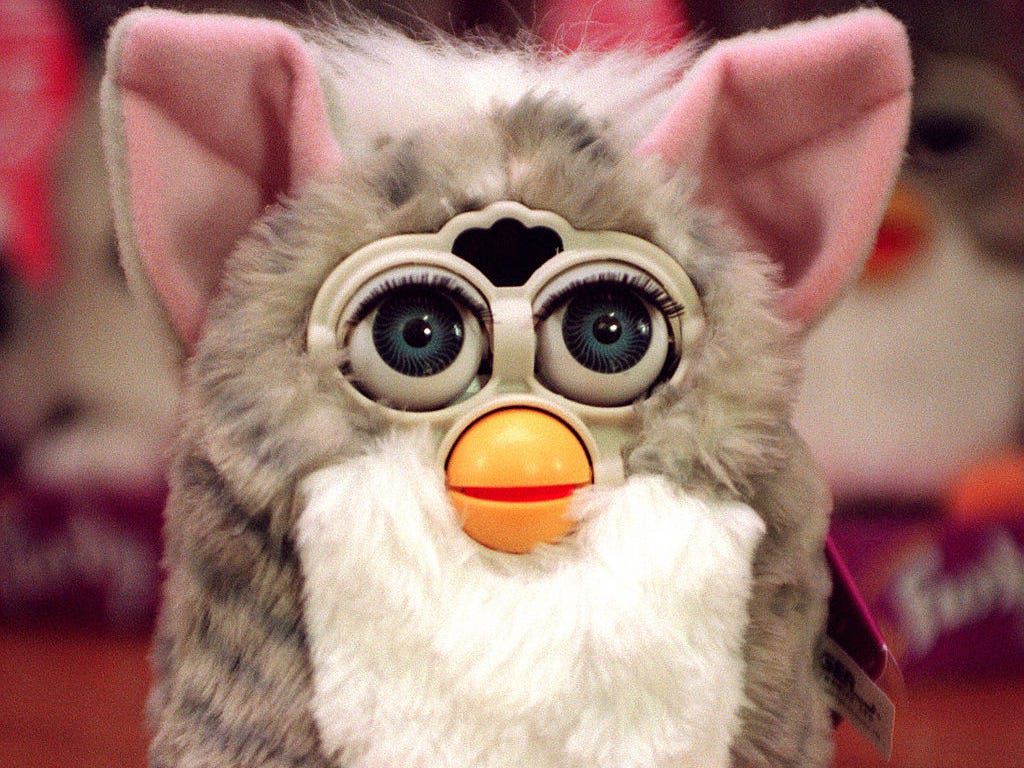 What is this wide-eyed toy called?

Over 40 million Furbies were sold during the first three years of its production, which started in 1998. And, its voice was translated into 24 languages during its original run, which lasted until 2002. 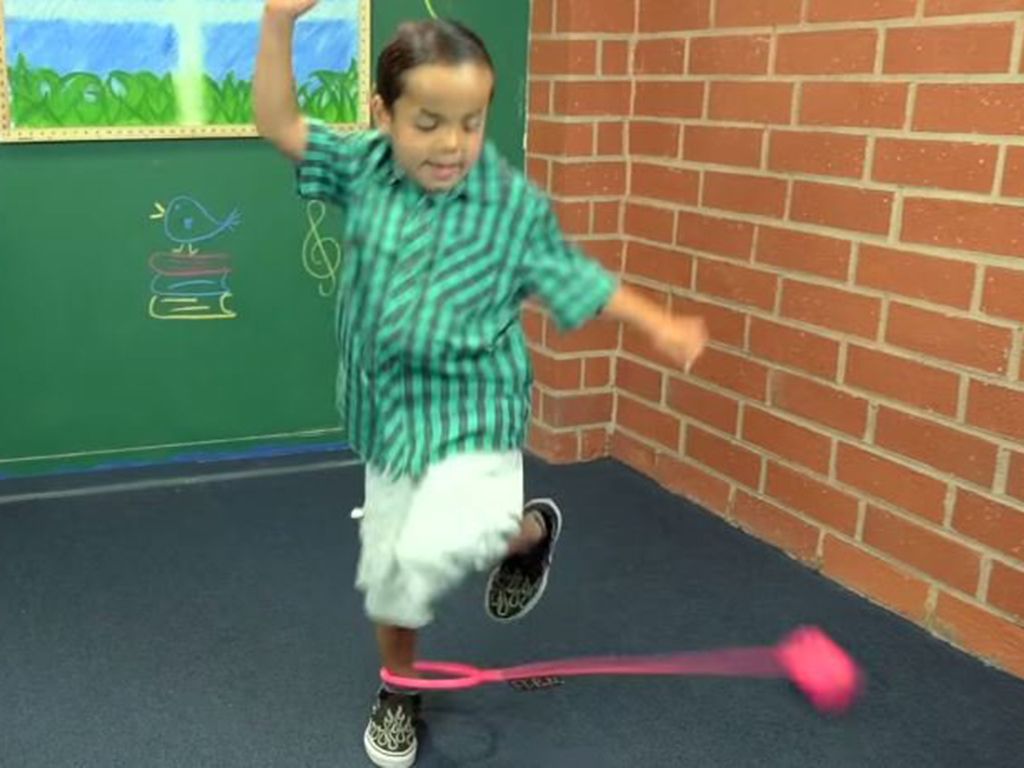 What is this toy called?

Skip-Its were discontinued in 2009, but the toy was a major hit in the ‘90s after advertisements for it were shown on the Nickelodeon channel. In 2013, the Twister brand produced their own Skip-It game.
You've scored 4/25 correct answers!