Quiz: How Well Do You Remember These ’70s Shows? 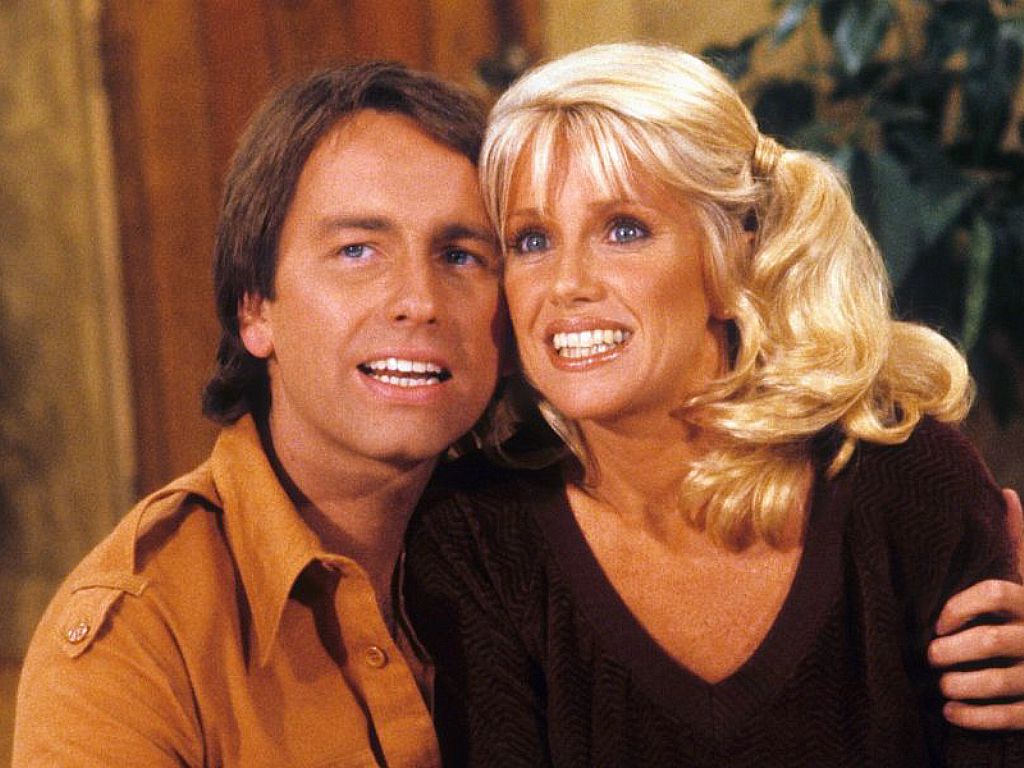 The 1970’s were a pretty far-out time for TV shows. There were musically talented families on “The Partridge Family” and “The Brady Bunch.” Wonder Woman and Charlie’s Angels showed us how to save the world in style. And we learned that three make up a company. Over 40 years have passed, and these shows are still as popular as ever. Try this quiz and see if, like Mary Tyler Moore, you’ll make it after all. 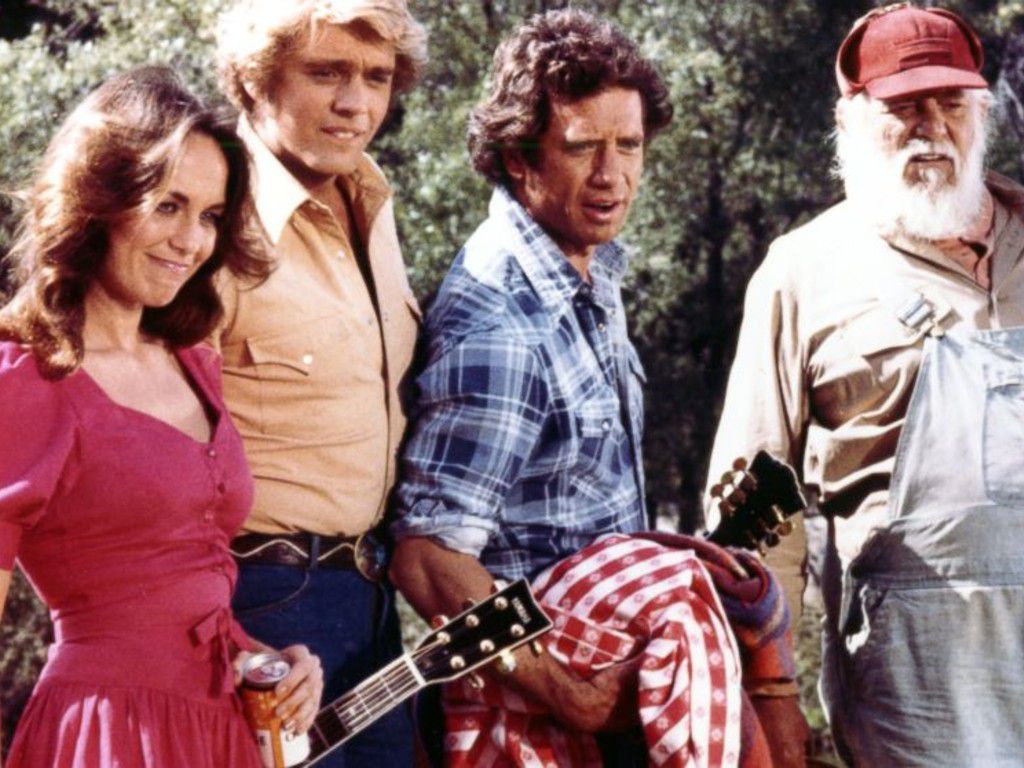 What show is this?

John Schneider, who played Bo Duke on the show, was a native of New York. However, for his audition, he wanted to convince the production that he was the man for the role. He arrived wearing a cowboy hat, holding a beer, and chewing tobacco. 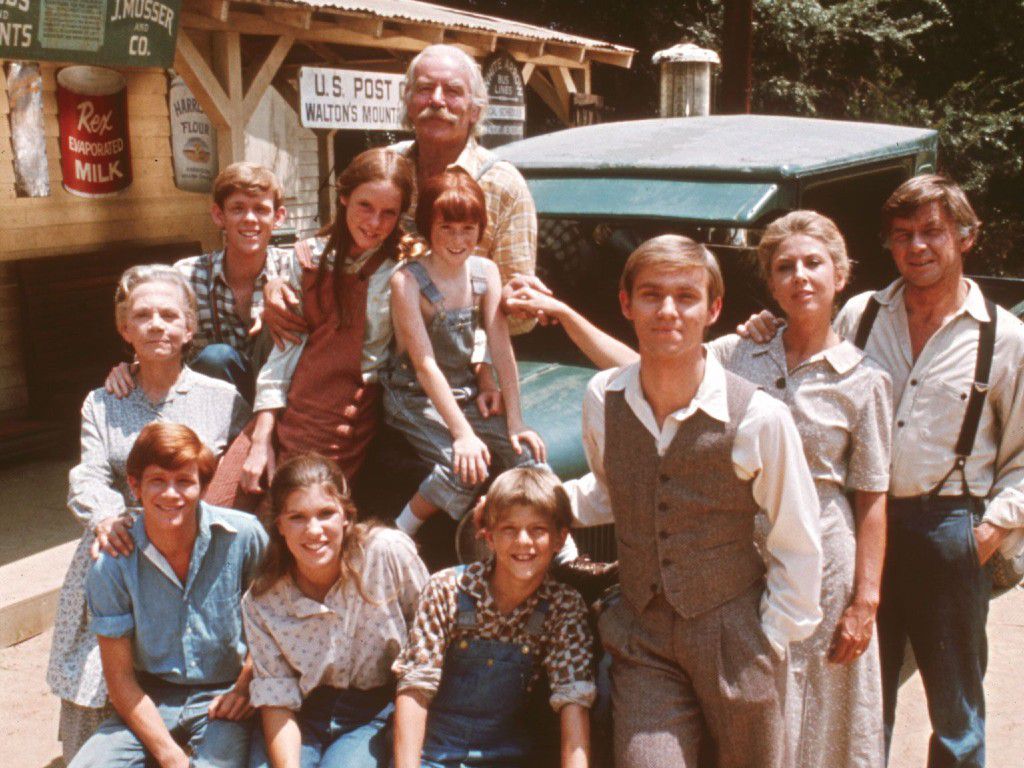 Who was the eldest of the children on "The Waltons?"

The Walton's house was in the jungle backlot at Warner Brothers Studios. Unfortunately, it burned down in 1991. The production rebuilt the home for the reunion. It was later moved to the Warner Brothers Ranch and used on the TV series "Gilmore Girls" as the Dragonfly Inn. 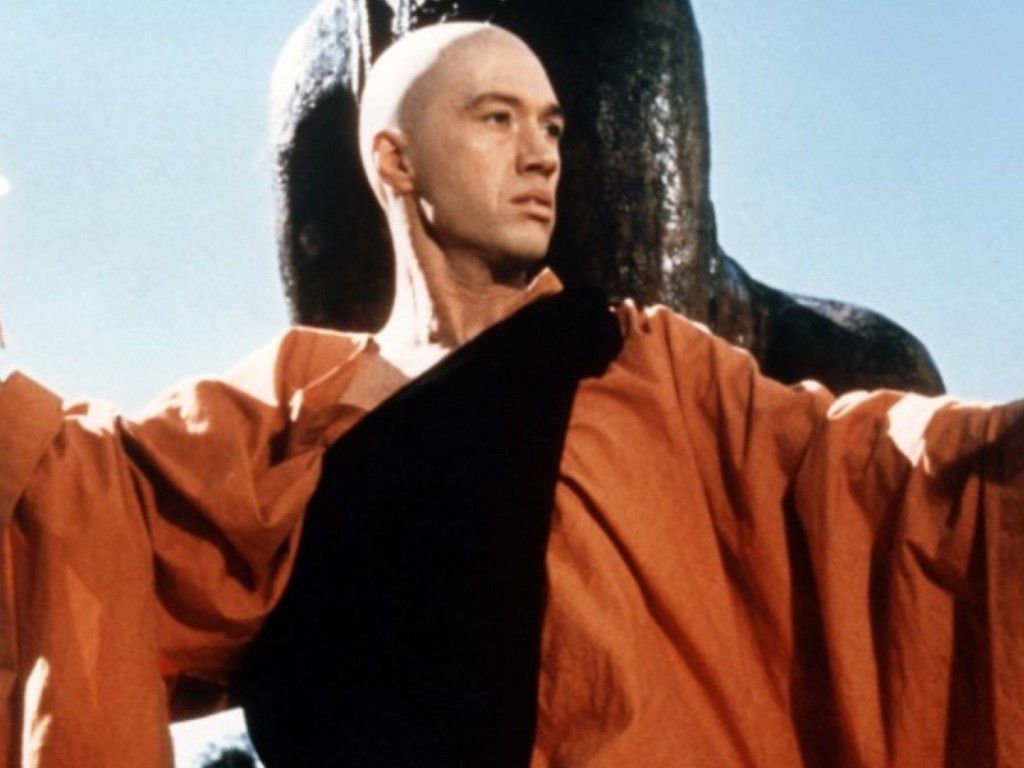 The television series, "Kung Fu" was a family affair for which affluent Hollywood family?

David Carradine played the lead Caine on "Kung Fu." His brother, Keith, appeared in flashback scenes as a younger version of Caine. The youngest, Robert, starred in one episode as "Sonny Jim." And John Carradine, their father, appeared as Reverend Serenity Johnson in several episodes. 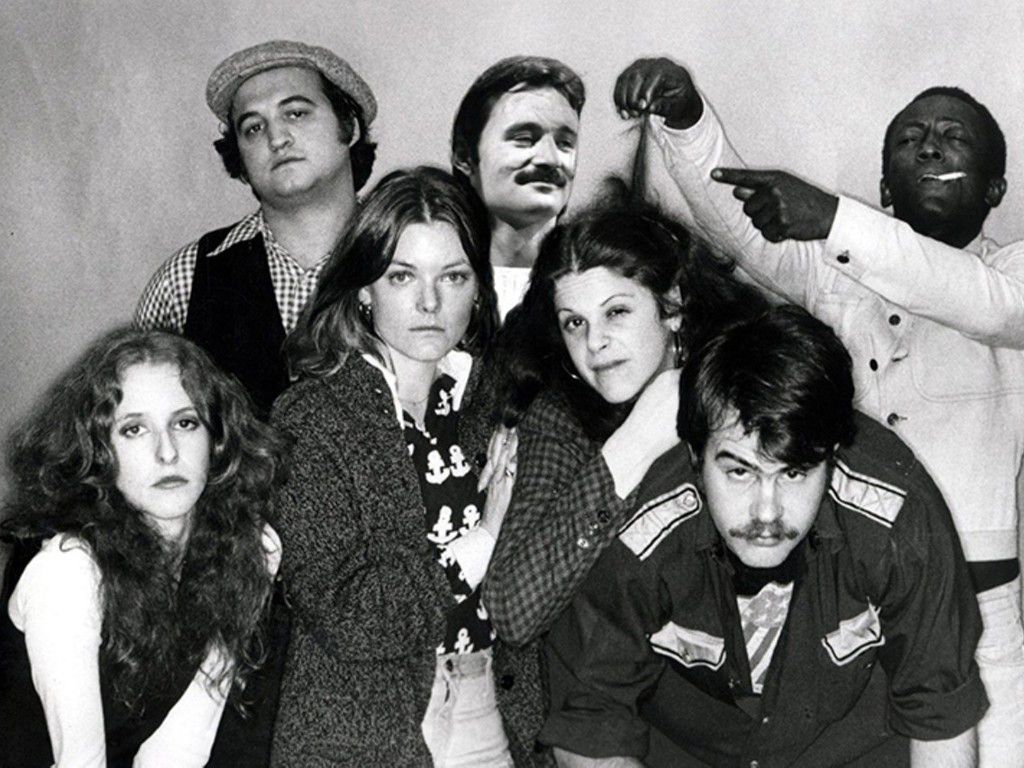 Who was the first cast member hired for "Saturday Night Live?" 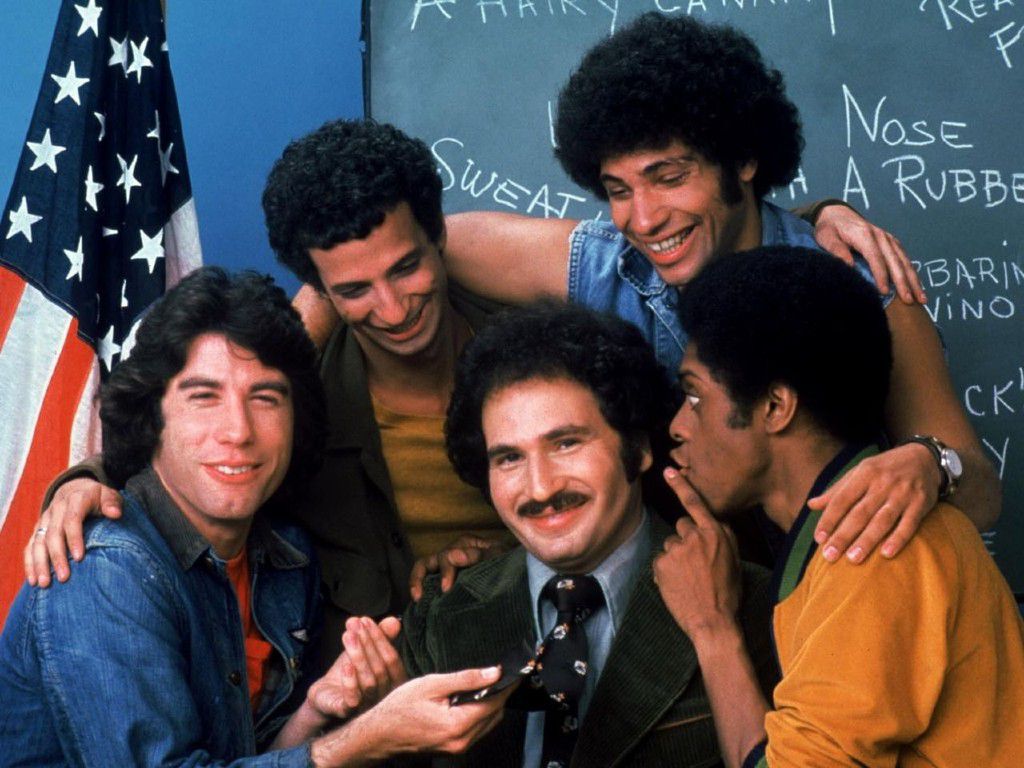 Who played Vinnie Barbarino on "Welcome Back, Kotter?"

Originally the show was called "Simply Kotter." The production team asked John Sebastian to write the show's theme song. However, he found it difficult to rhyme with Kotter. So, he wrote the song "Welcome Back." Ultimately, the show changed the title to match the song. 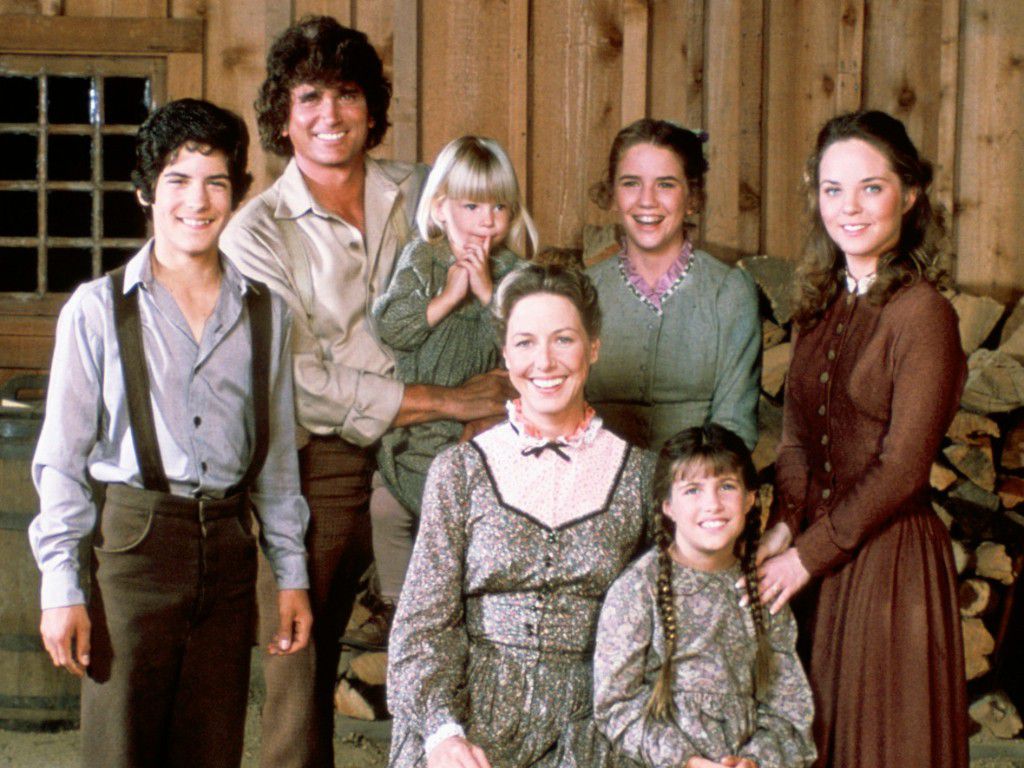 Which actor got their start on "Little House on the Prairie?"

Jason Bateman played the character James Cooper Ingalls, the second adopted son of Caroline and Charles. He appeared in 21 episodes of the series. Bateman looks back at his time on the show fondly, saying that Michael Landon influenced him as an actor and director. 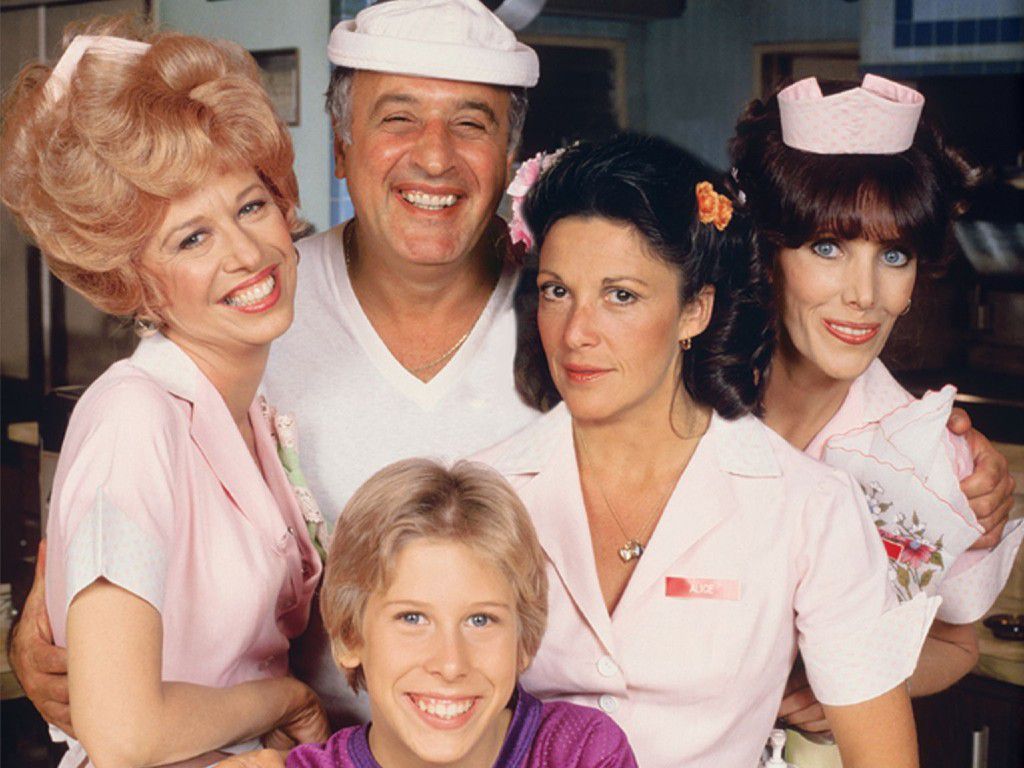 Who said the catchphrase, "Kiss my grits" on the TV series "Alice?"

In the original script, the line was supposed to be, "Kiss my honeydew." Not surprisingly, audiences didn't get the joke, and they didn't find it funny. After "Alice" ended in 1985, Polly Holliday, who played Flo, refused to speak the line again. 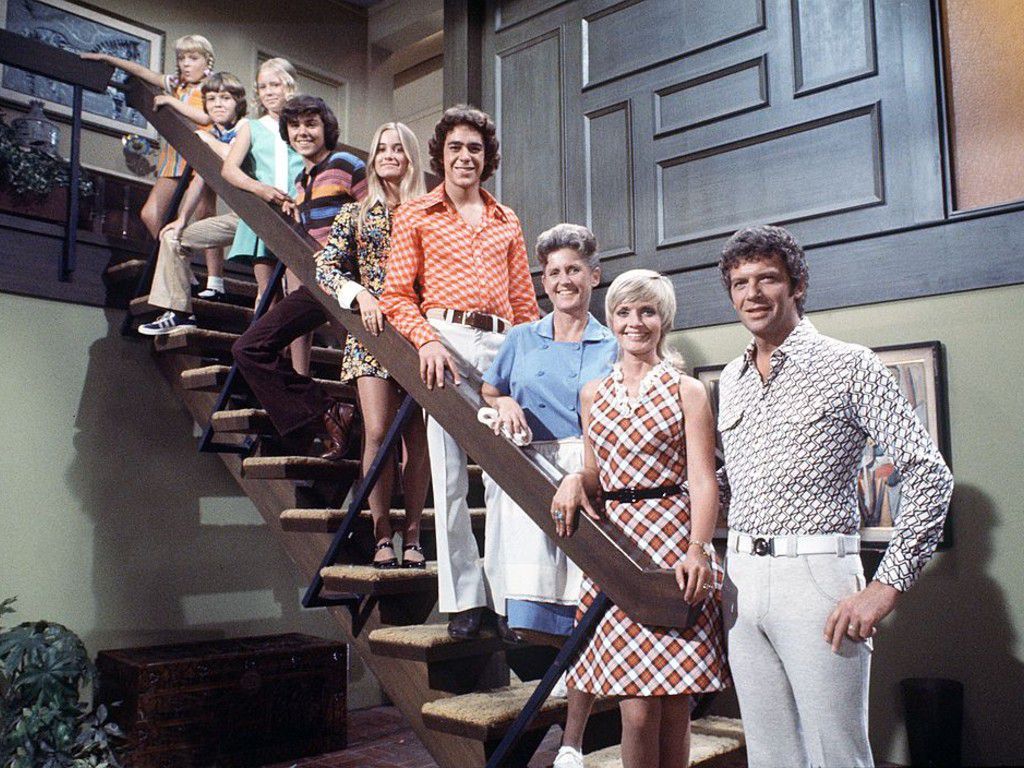 In the episode "The Subject was Noses" on "The Brady Bunch," Marcia gets hit in the face with a ball. What type of ball is it?

Christopher Knight, who played Peter on "The Brady Bunch" had a lot of difficulty throwing the football at his co-star, Maureen McCormick. So, the show's producer Lloyd Schwartz threw the ball and hit Maureen perfectly in the face. 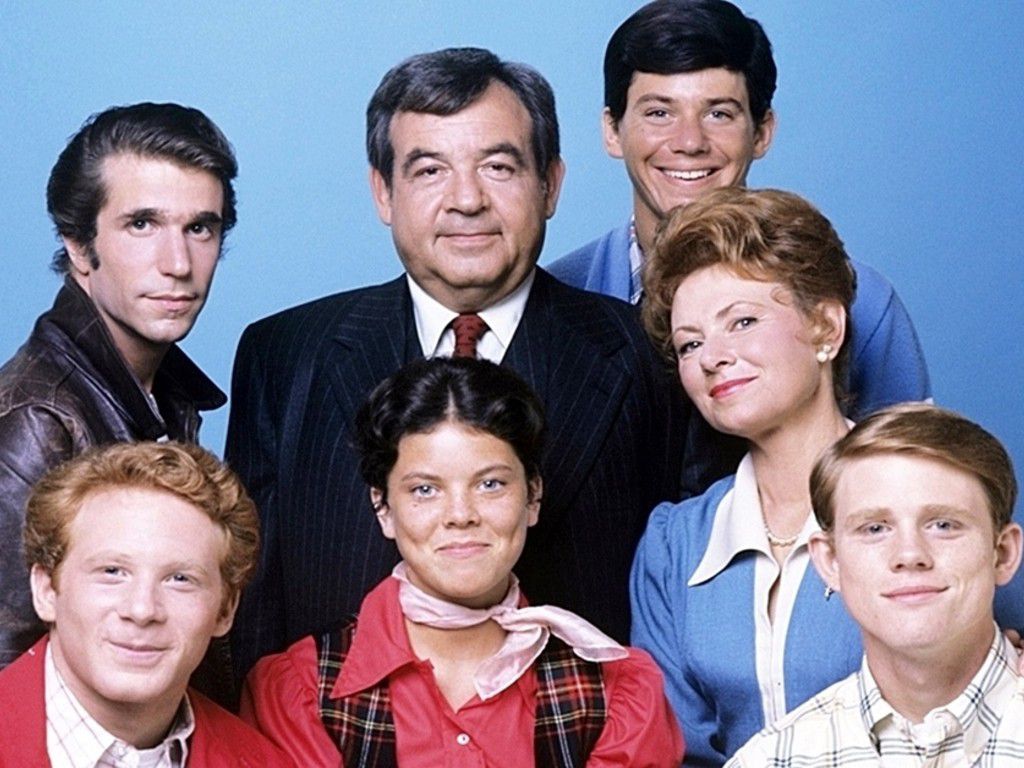 What is the name of Richie and Joanie's older brother who disappeared after the first 2 seasons of "Happy Days?"

The character of Chuck Cunningham was played by two different actors, Gavin O'Herlihy and Randolph Roberts. After the second season, producers figured that since Richie was best friends with the Fonz, there was no need for an older brother. 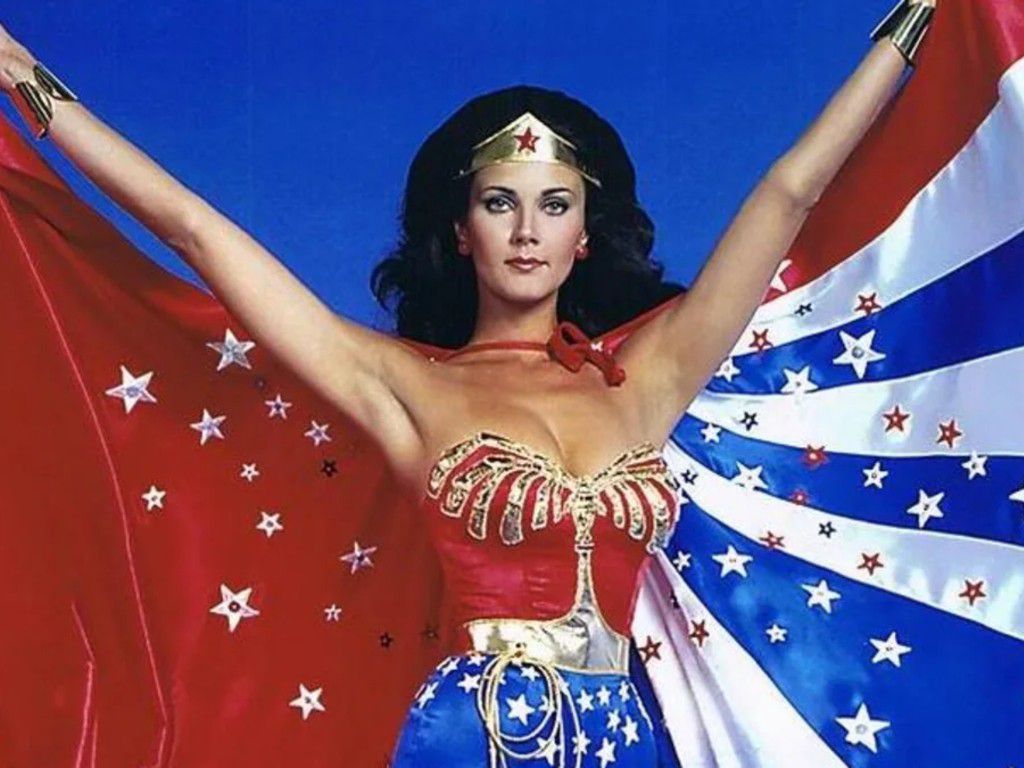 Three actresses played Hippolyta throughout the run of the show. In the pilot, Cloris Leachman played Hippolyta and was paid $25,000 for one day of shooting. Carolyn Jones then took over to finish off season one. Beatrice Straight took over the role in season two. 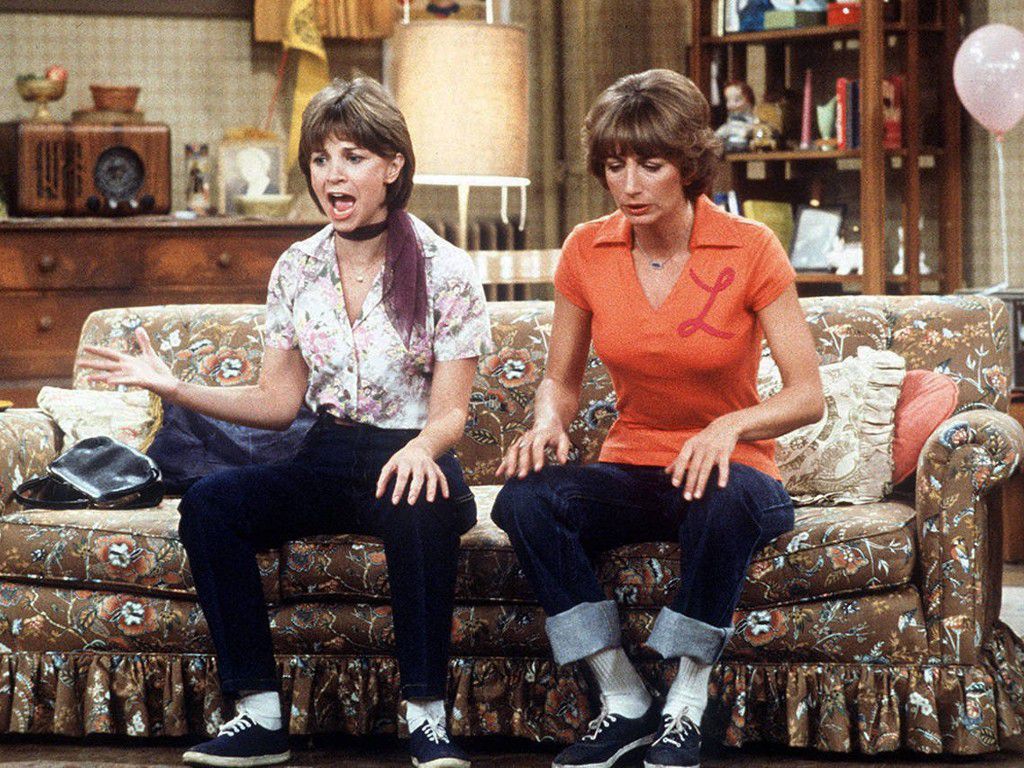 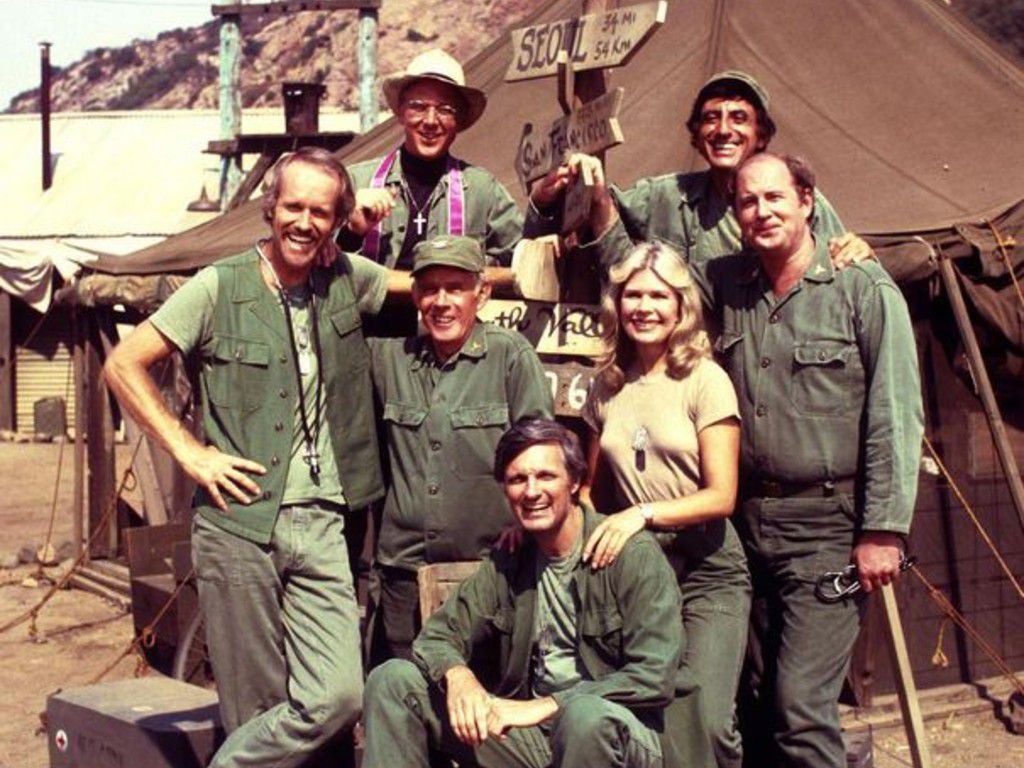 Who is the only character to appear in every episode of "M*A*S*H?"

Alan Alda, who played Hawkeye on "M*A*S*H," appeared in all 251 episodes of the show. Loretta Swit, who played "Hot Lips," appeared in 240 episodes. However, both of these actors are the only two to appear in both the pilot and finale of the series. 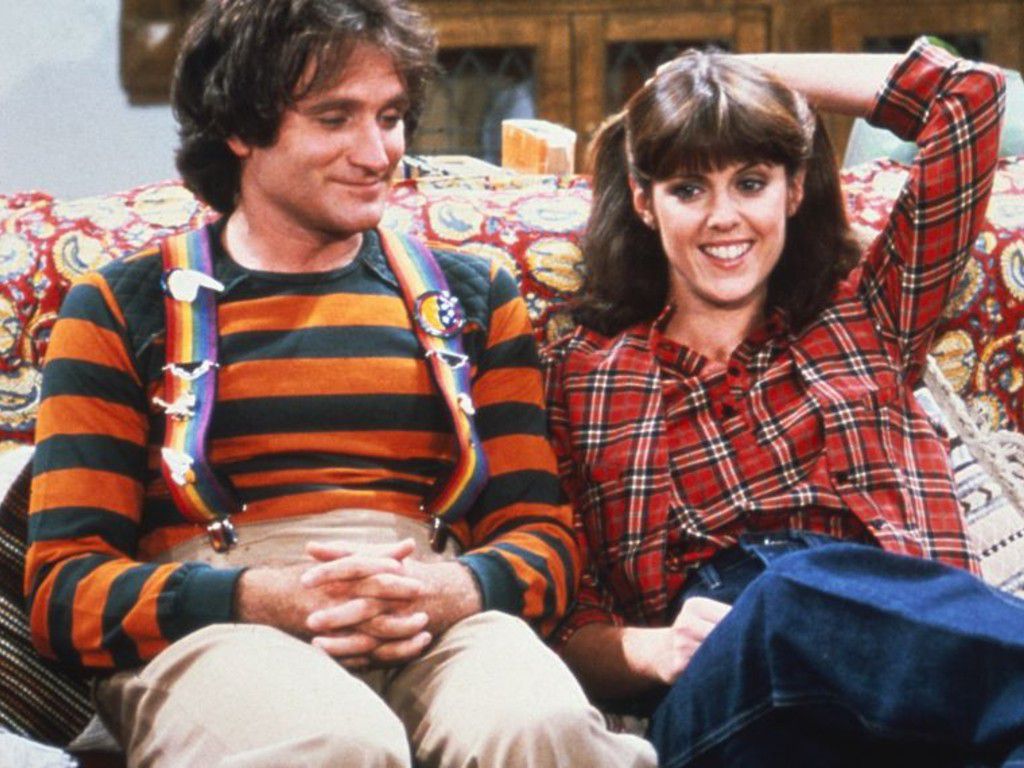 Later in the TV series "Mork & Mindy," Mork's pet comes down to Earth from Ork. What is the pet's name?

Sitcoms at the time typically filmed with three cameras. However, Robin Williams did a lot of improvisation on the show. The cameras were never able to capture his work, so a fourth camera was added to follow Robin at all times. Today, sitcoms use 3 - 4 cameras. 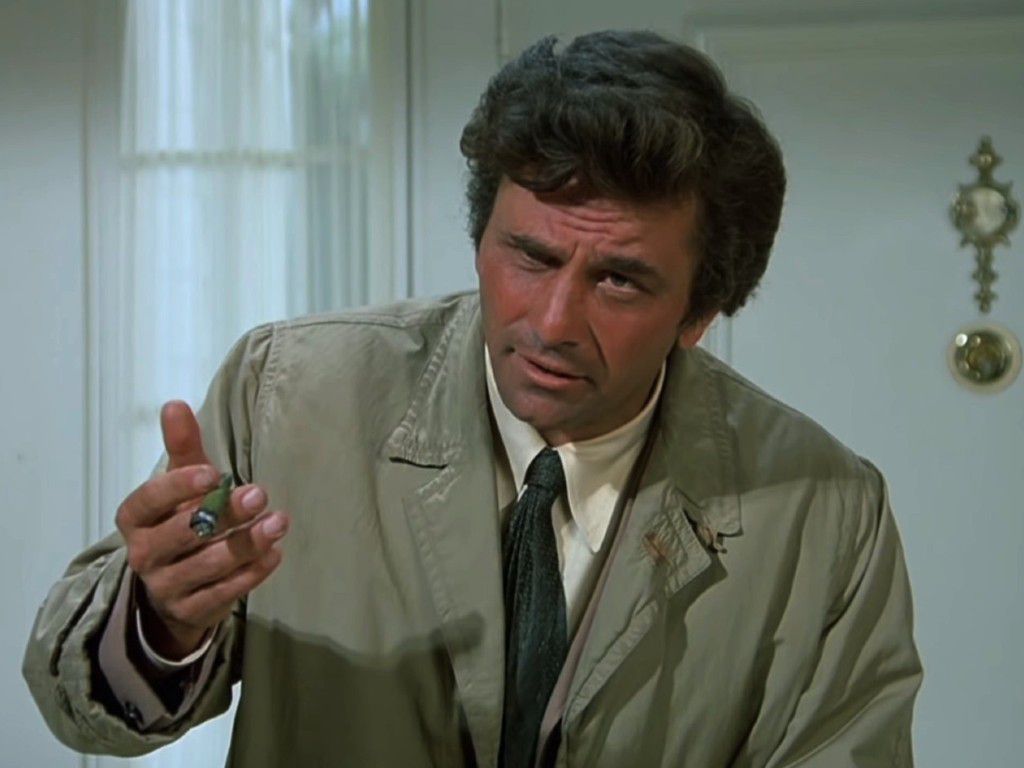 Who played Columbo on the TV series "Columbo?"

Peter Falk's trademark squint was due to a prosthetic eye. At the age of three, he was diagnosed with retinoblastoma and lost an eye. An agent later advised him that having a fake eye would limit him to only being a stage actor. 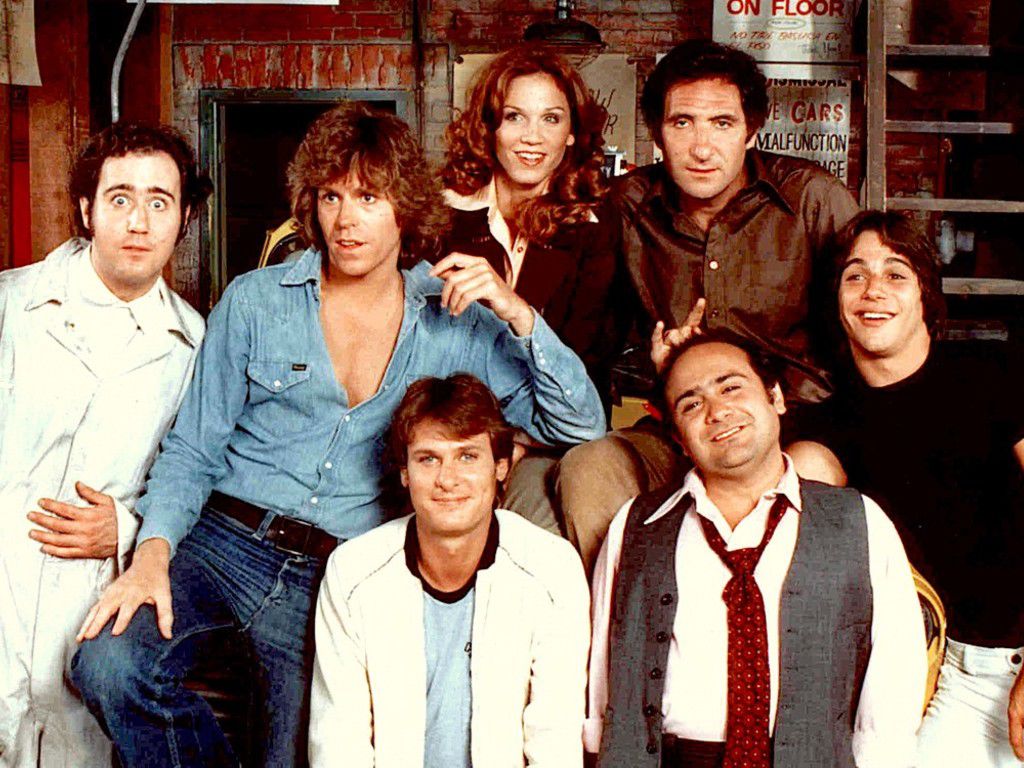 How many seasons did the TV series "Taxi" last?

To win the role of Louie De Palma, an actor needed to make an impression on the casting directors. When Danny DeVito stormed in the room for his audition, he threw his script onto the table and yelled, "Who writes this s**t?!" Everyone loved it! 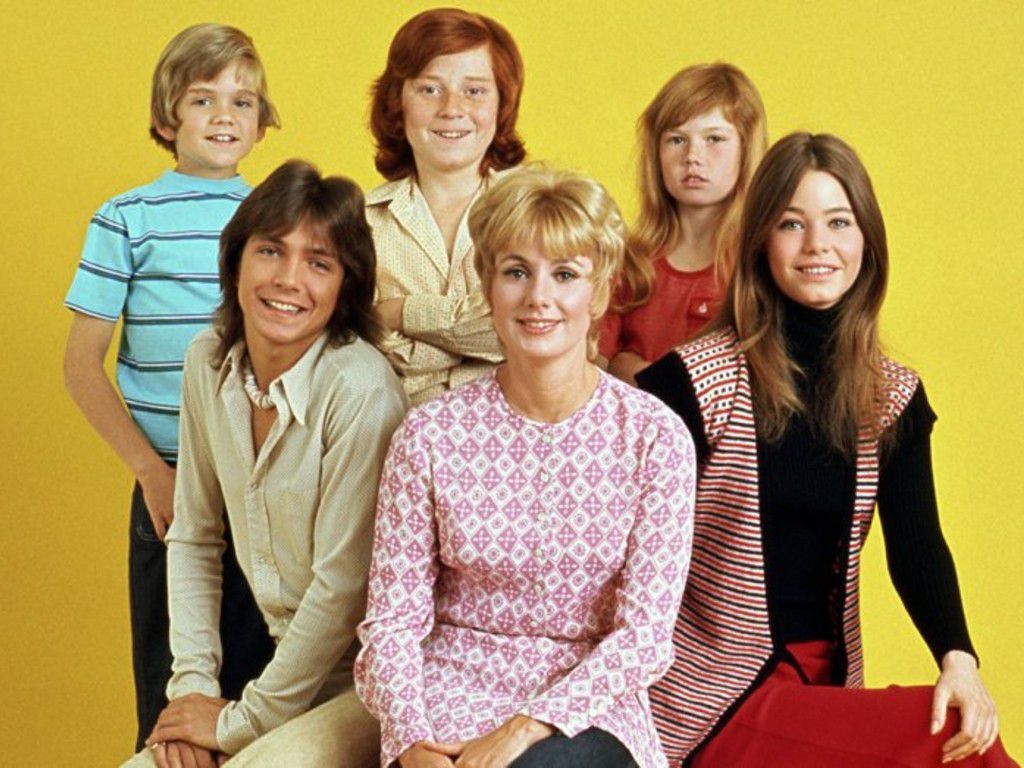 "The Patridge Family" was loosely based off the life of what singing family?

"The Patridge Family" had a lot of guest stars, who would later become big stars in Hollywood. Mark Hamill, Jodie Foster and Meredith Baxter had cameos on the show. Even Farrah Fawcett, and fellow 'Angels' Cheryl Ladd and Jaclyn Smith made appearances. 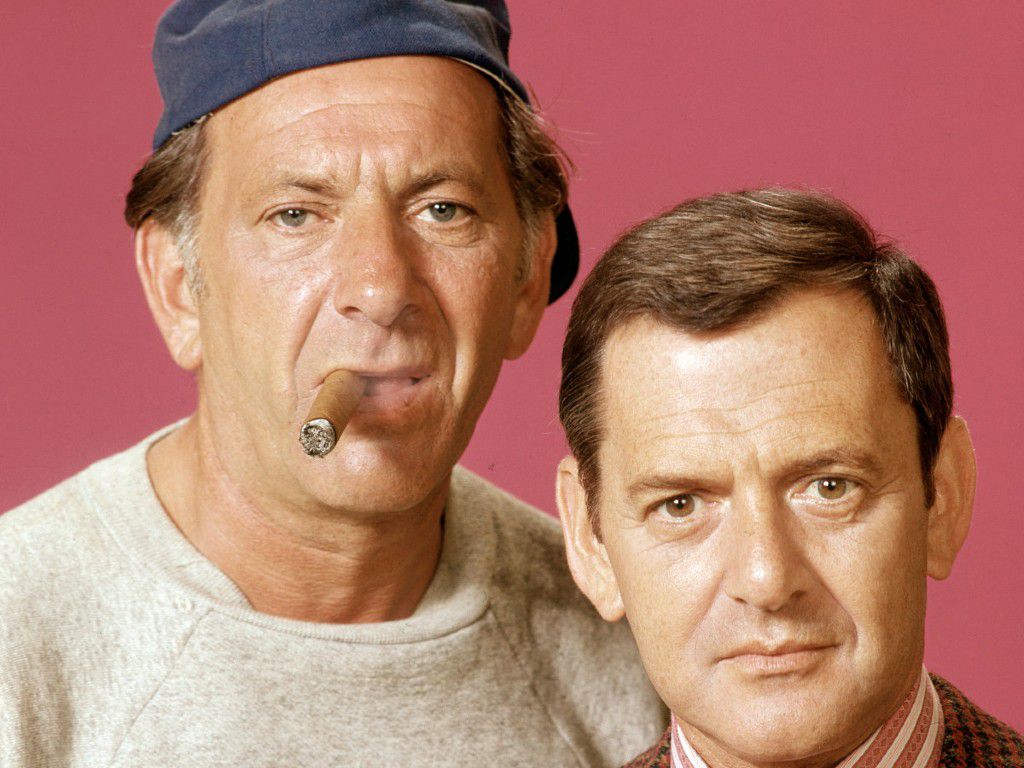 Tony Randall played which character on the TV series "The Odd Couple?"

The first season of the show used a laugh track and filmed without an audience. By season two, the audience came in. Tony Randall and Jack Klugman loved it. They felt that working off the audience's energy gave the show a new life. 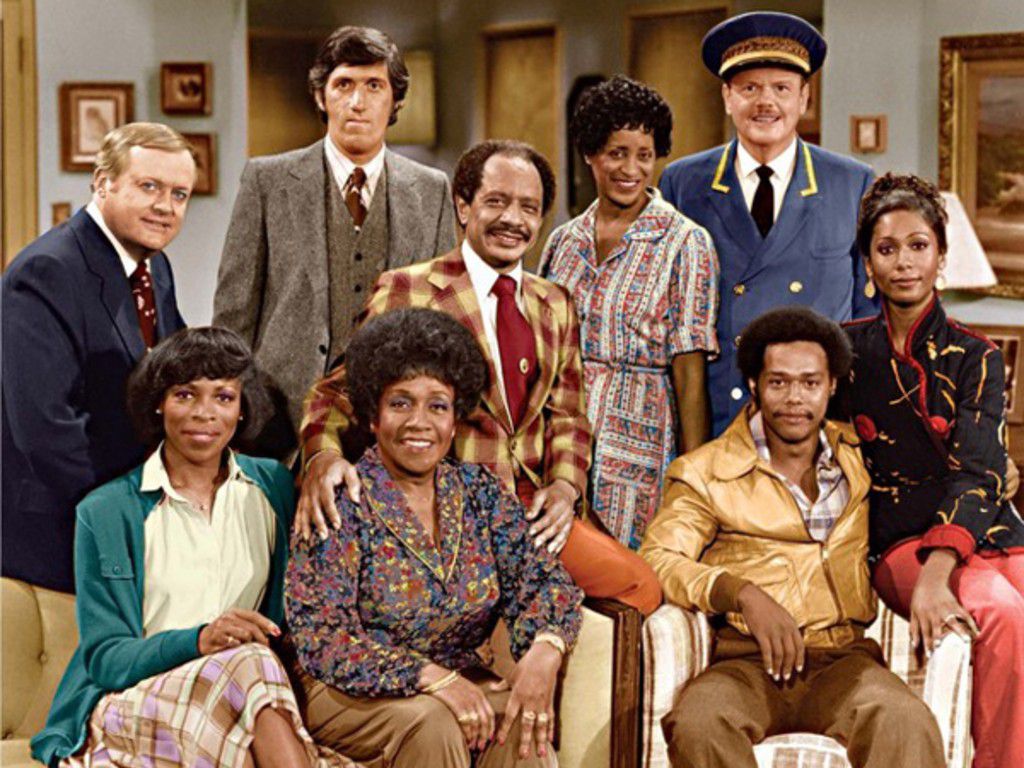 "The Jeffersons" was the longest-running TV series with a predominately African-American cast. The show aired 11 seasons and 253 episodes. However, the record was surpassed by "Tyler Perry's House of Payne" in 2012. Tyler Perry's show aired only eight seasons, but 254 episodes. 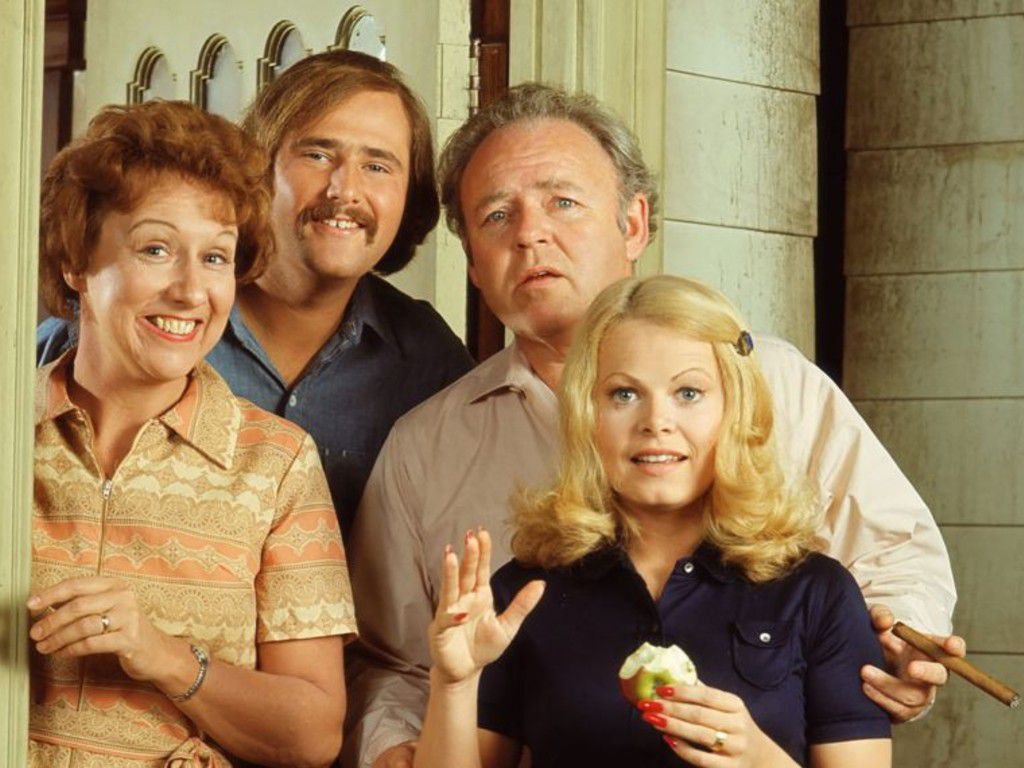 Finish the "All in the Family" theme song lyrics: "Boy, the way Glenn Miller played songs that made the big parade. Guys like us we had it made. Those were the ___________."

Carroll O'Connor was not the first choice to play Archie Bunker. The original actor approached to play the role was Mickey Rooney. However, he turned it down immediately, believing that the show was too controversial. O'Connor based Archie's voice on James Cagney and Jackie Gleason. 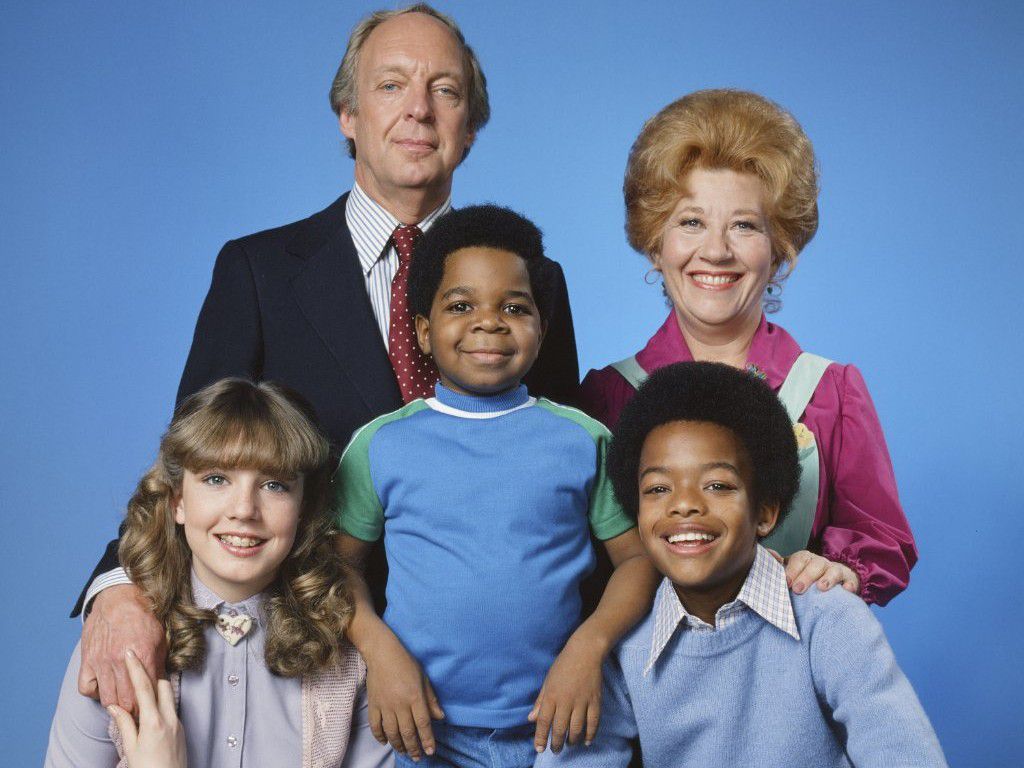 What is Arnold's older brother's name on "Diff'rent Strokes?"

The infamous line "Whatcha talkin' 'bout Willis" was written as "What are you talking about Willis," Gary Coleman changed the line the moment he read it, and it stuck. Honestly, it has a significantly better ring to it. 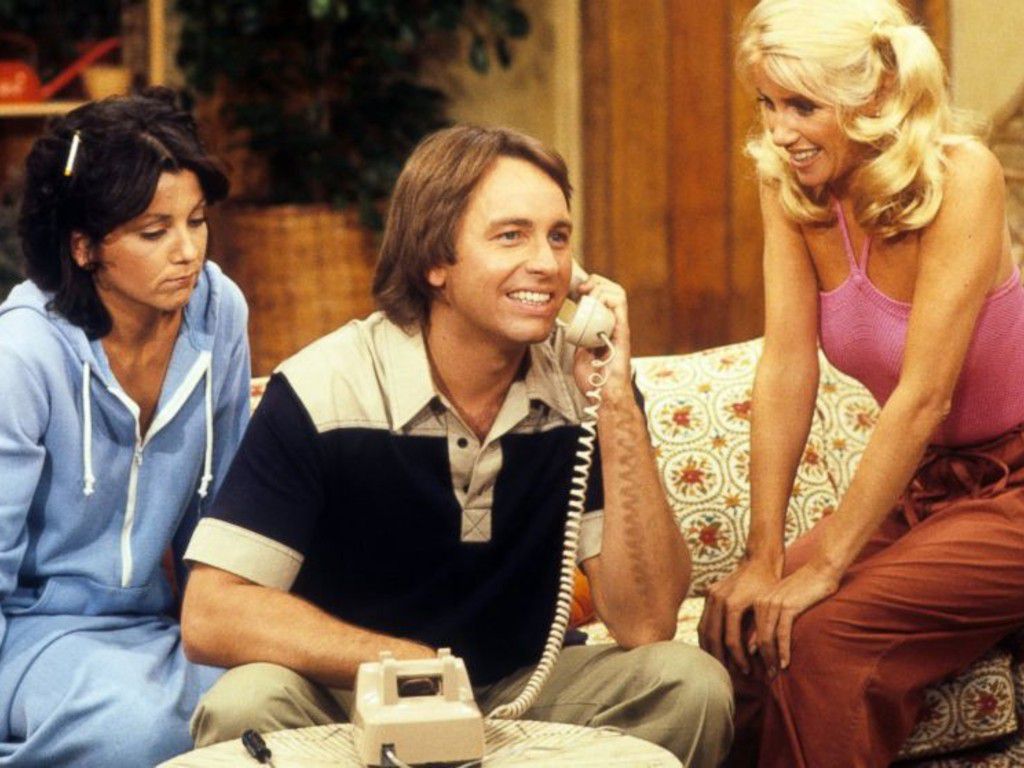 Who was Ralph Furley on "Three's Company?"

"Three's Company" had a rocky start getting off the ground. The show had three different pilot episodes, Suzanne Somers was a last-minute addition, and the cast did not rehearse the first episode, so the first time the cast was all together was on filming day. 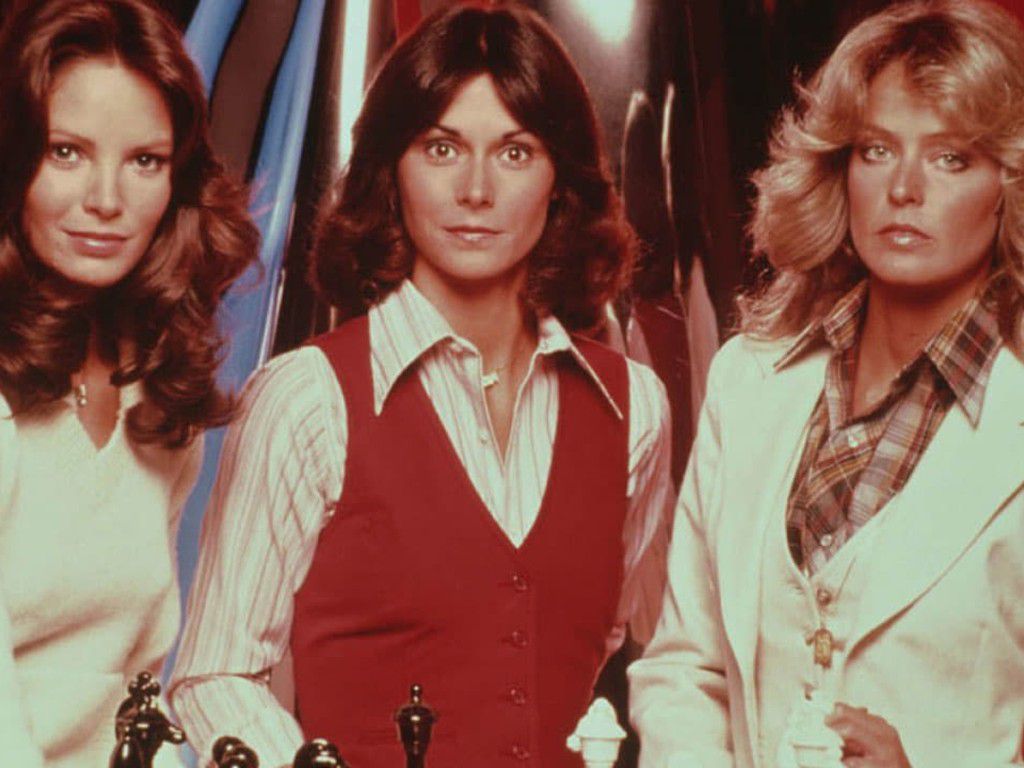 Charlie, though never shown on "Charlie's Angels," can be heard over the phone. Which actor lends his voice to the mystery man?

The clothing worn by the Angels was designed by Nolan Miller. During each episode, each Angel had eight costume changes. The cost of all these costumes rose the budget to $20,000 a week! This cost equated to the initial salaries proposed for all three women. 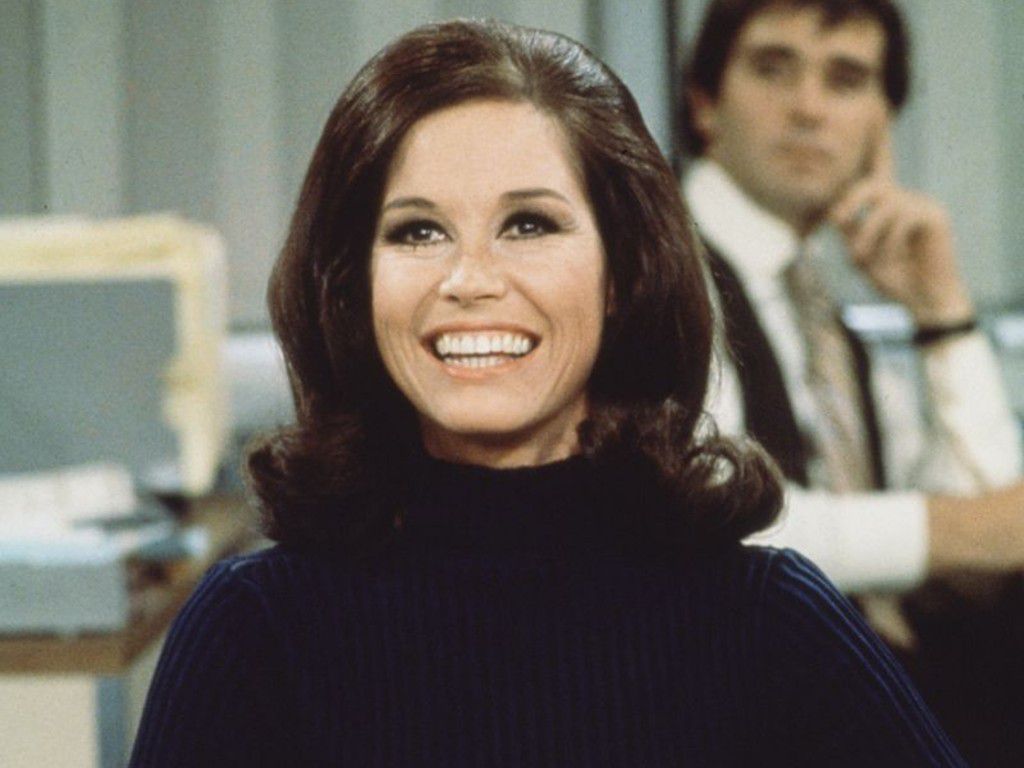 What is the name of the television station that Mary works at on "The Mary Tyler Moore Show?"

The opening credits of the show filmed without closing down the streets of downtown Minneapolis. The production team used hidden cameras and equipment to follow Mary. This way, the sequence appeared natural and realistic. 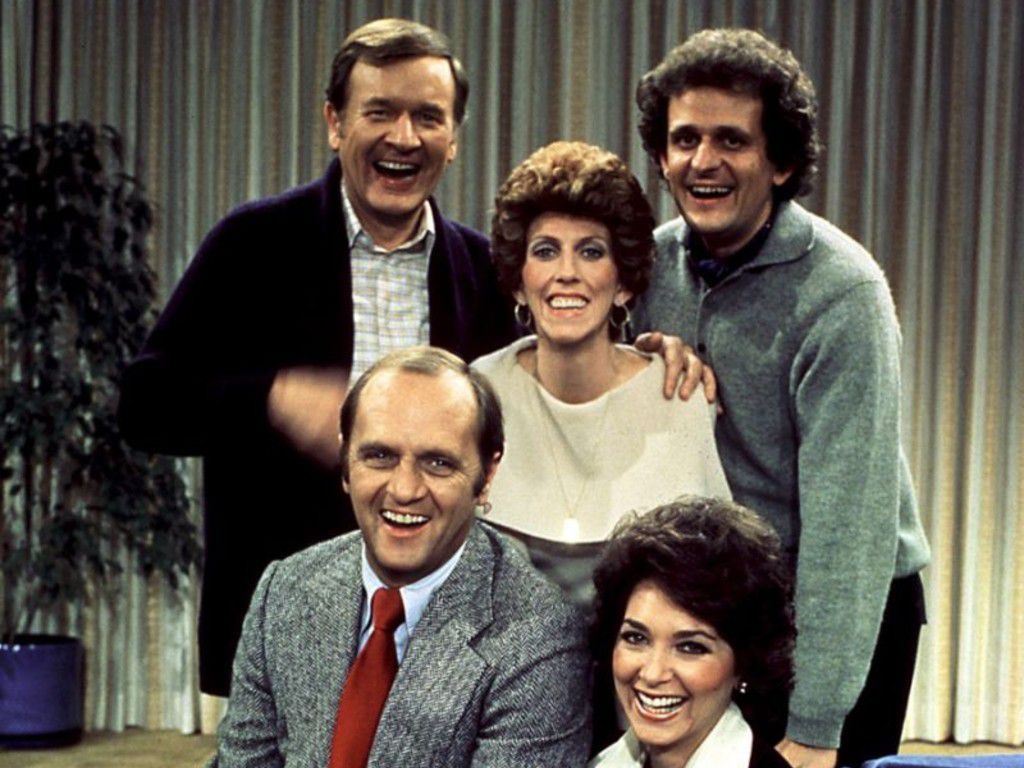 Despite his comedic genius, Bob Newhart did not win an Emmy for his work on his sitcoms. It wasn't until 2013 that he won his first Emmy for his guest appearance on "The Big Bang Theory" as Arthur Jeffries or "Professor Proton." 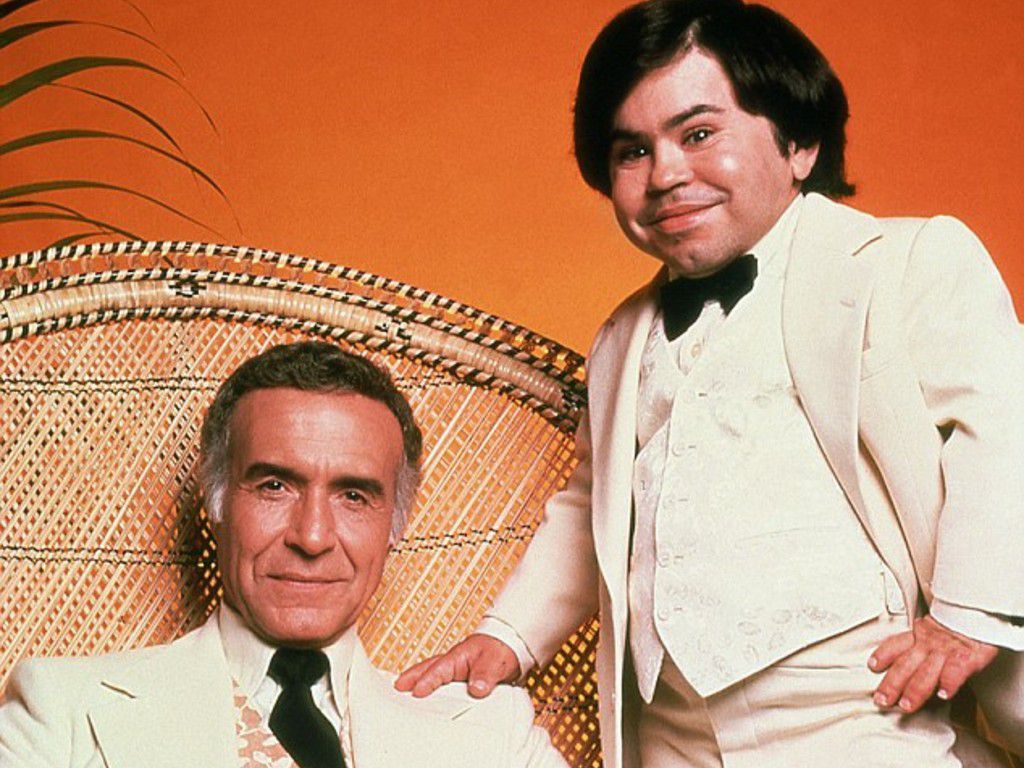 On "Fantasy Island," what did Mr. Roarke say to his guests when they first step foot on the island?

Aaron Spelling was trying to pitch shows to ABC. Not liking any of his ideas, he said, '"What would you like me to do? Put some guy on an island and have him grant wishes to people?" And "Fantasy Island" was created.
You've scored 4/25 correct answers!