Can You Pass the Ultimate “Friends” Quiz? 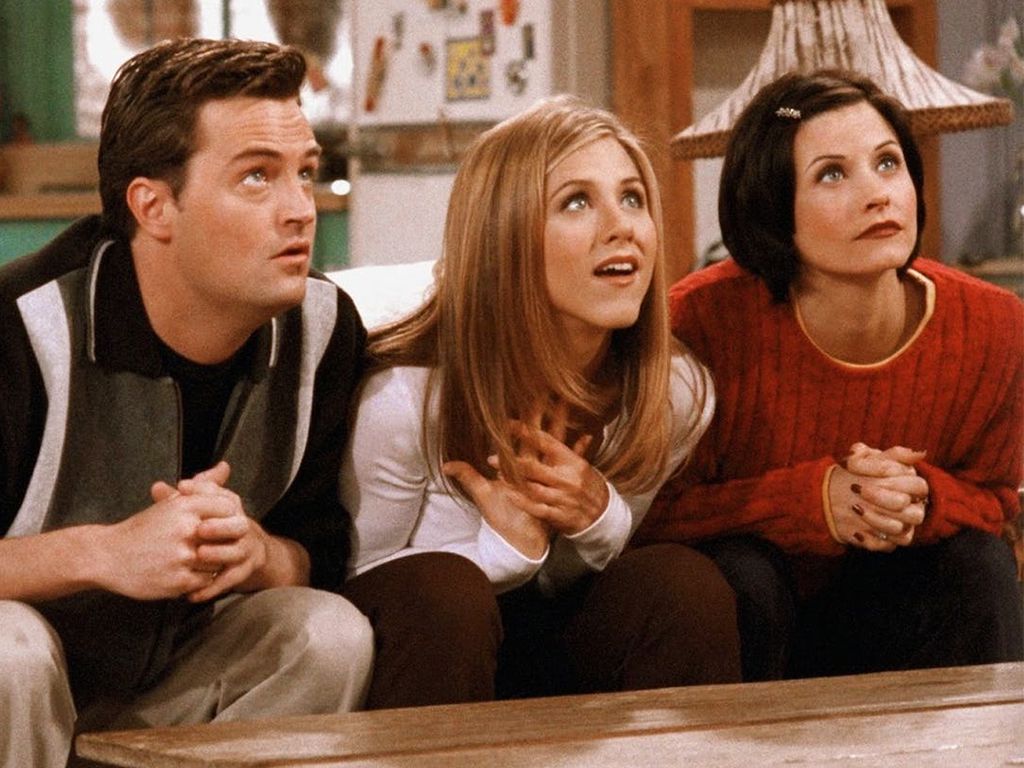 “Friends” is one of the most iconic sitcoms of all times, spanning ten seasons and over 200 episodes from 1994 to 2004. And now that the show has landed on streaming services, you can watch it whenever you want.

But it has been almost two decades since the series ended, so can you remember all of the details of the lives of Monica, Joey, Ross, Rachel, Phoebe and Chandler? Test out your knowledge below!

What is Monica’s apartment number?

In the first season of the show, Monica’s apartment number was listed as 5, until the show’s producers realized that this didn’t make sense because she couldn’t possibly live on the first floor. 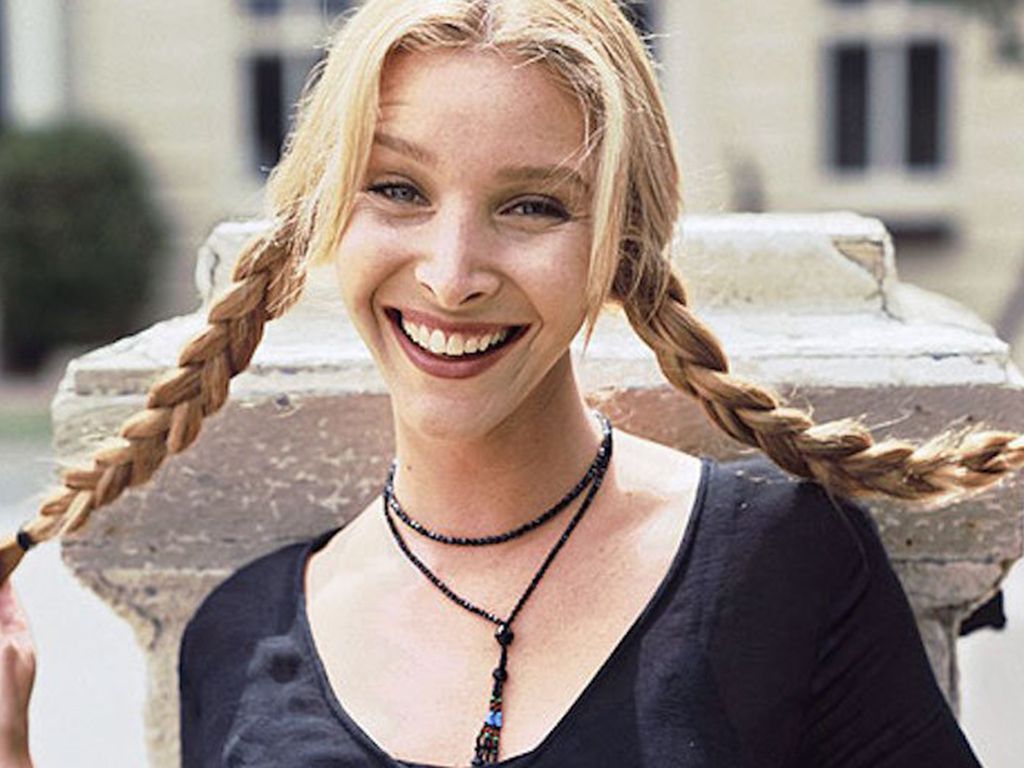 What is Phoebe’s twin’s name?

The character of Ursula also appeared on 24 episodes of the ‘90s sitcom “Mad About You,” where she was also a waitress. 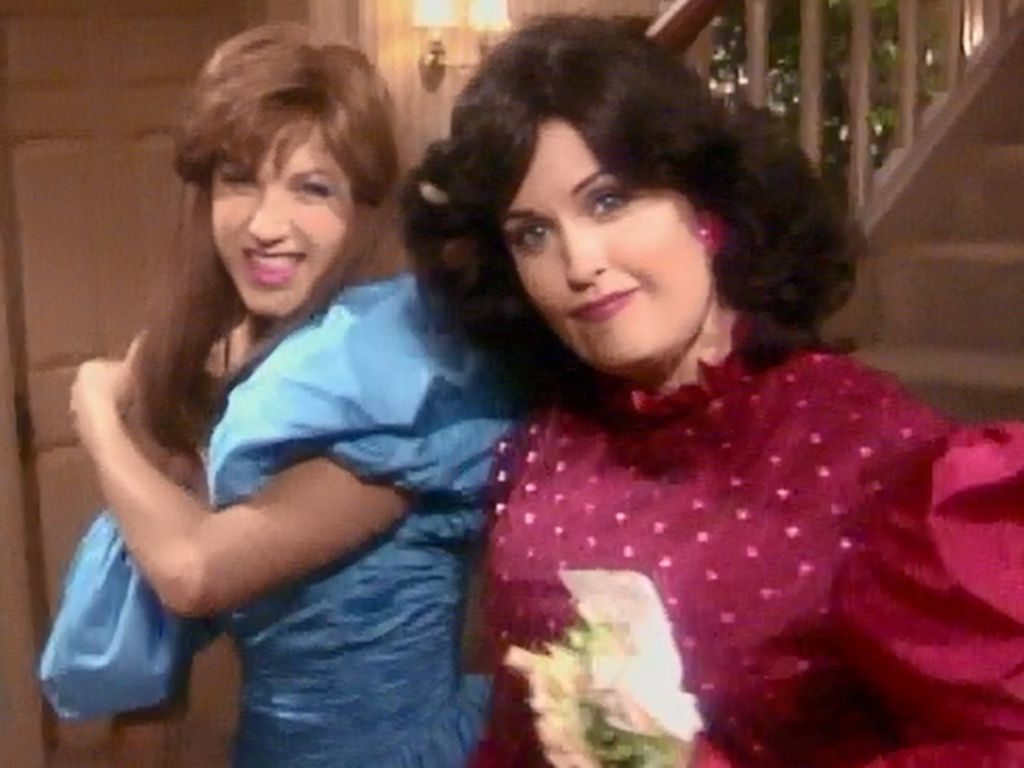 Who was supposed to be Rachel’s prom date?

The episode “The One with the Prom Video” was partially based on writer Alexa Junge’s own experiences at her high school prom. 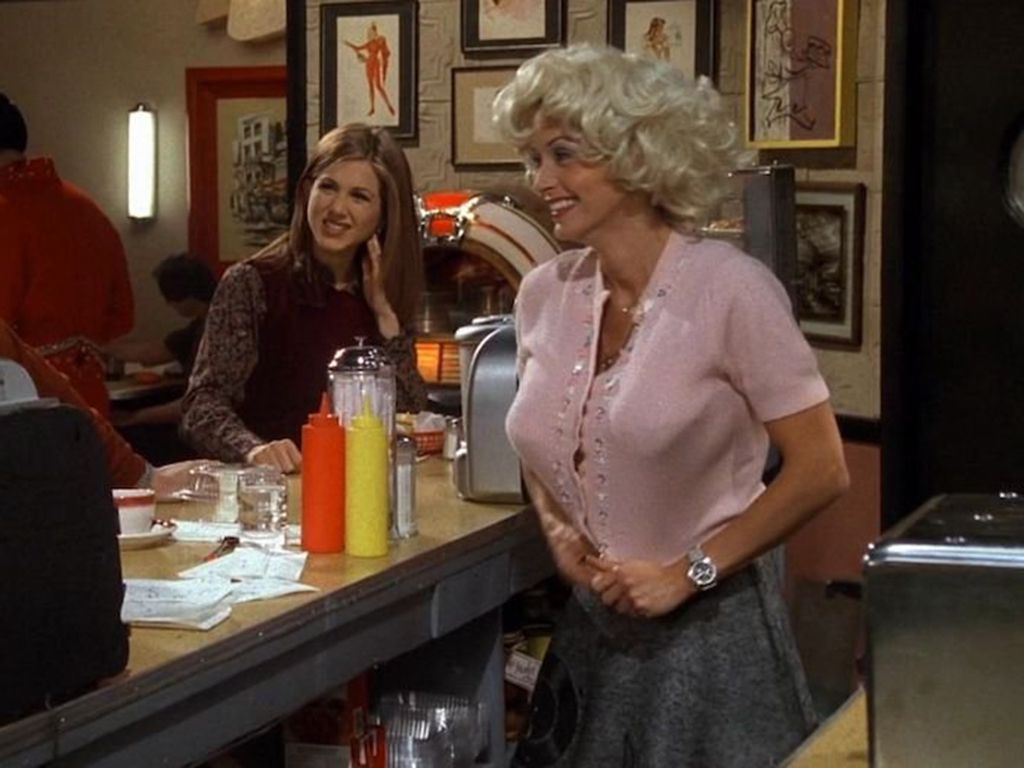 What was the name of the diner where Monica worked?

The Moondance Diner was a real diner in the SoHo neighborhood of New York City that sadly closed in 2007. It wasn’t a ‘50s themed diner, but it had an iconic revolving moon sign outside. 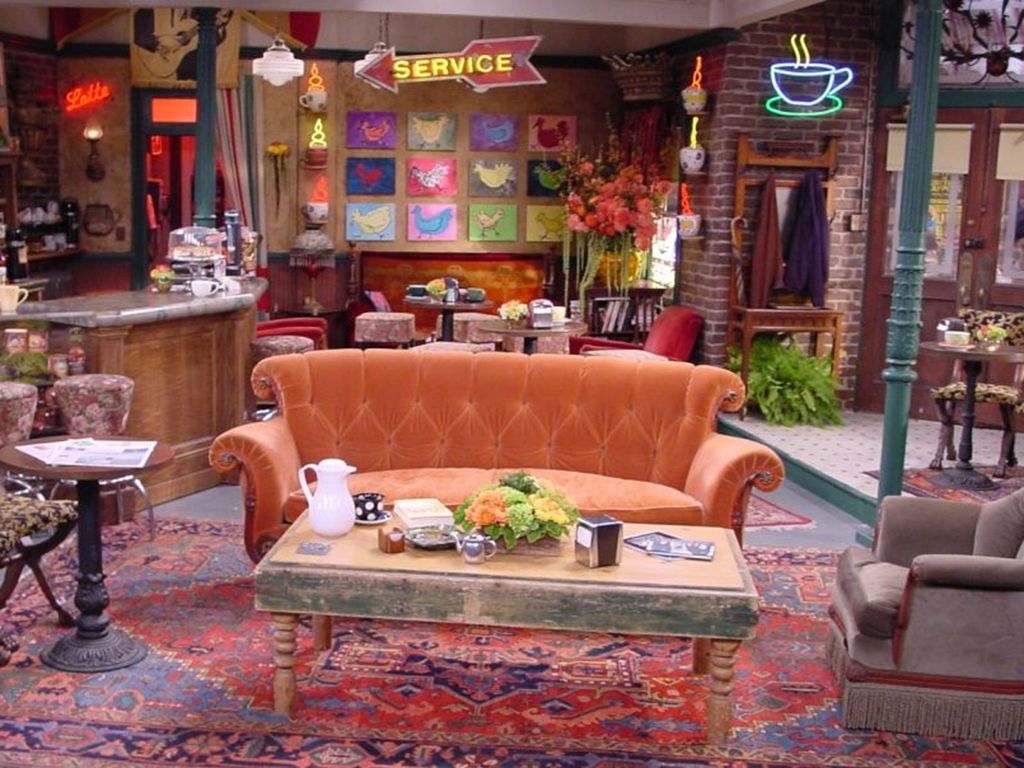 What was the show named before its creators settled on “Friends?”

Co-creator of the show Marta Kauffman was inspired by a real cafe in Los Angeles, the Insomnia Cafe, to write her first draft of what would become “Friends.” 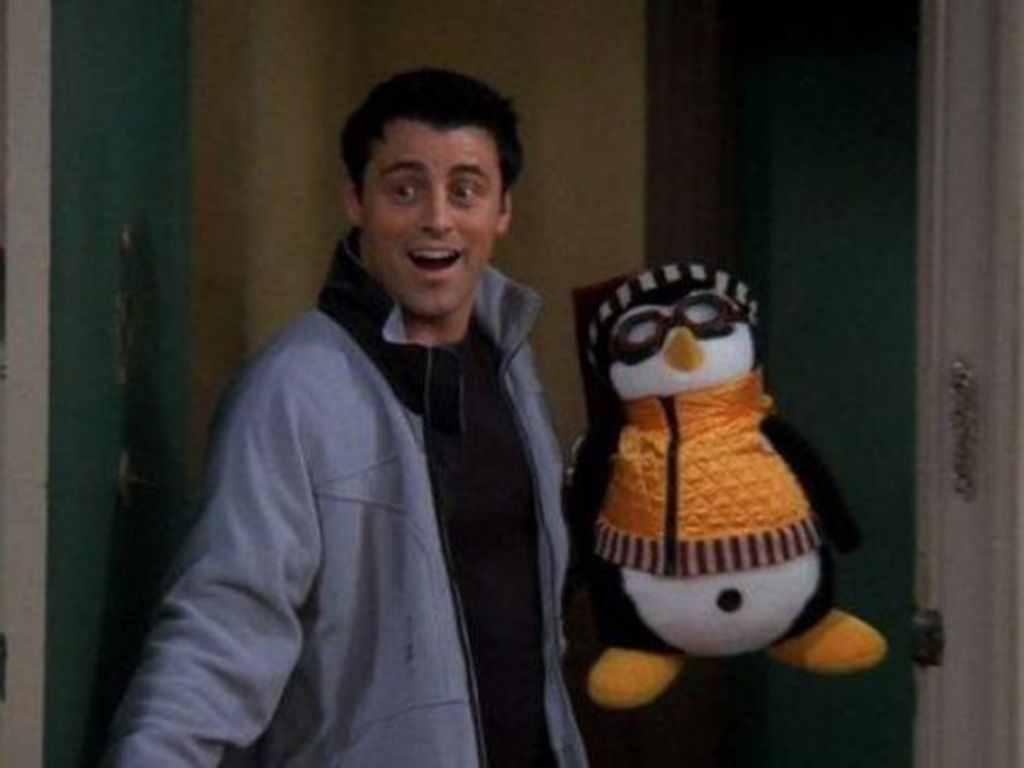 What is Joey’s penguin‘s name?

Huggsy was one of the only “Friends” characters to appear in the unsuccessful spin-off series “Joey,” which aired from 2004 to 2006. 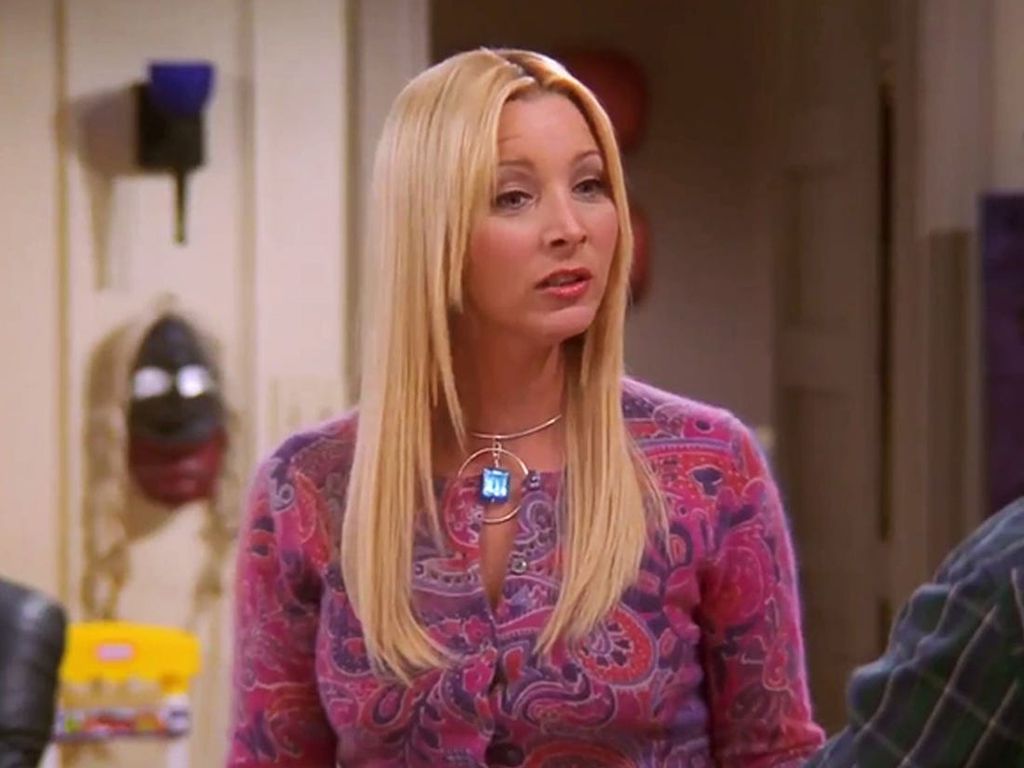 What is Phoebe’s fake name?

When Phoebe was pregnant with triplets on the show, actress Lisa Kudrow was actually pregnant in real life with her son, but extra costuming was needed to make her appear to be carrying triplets. 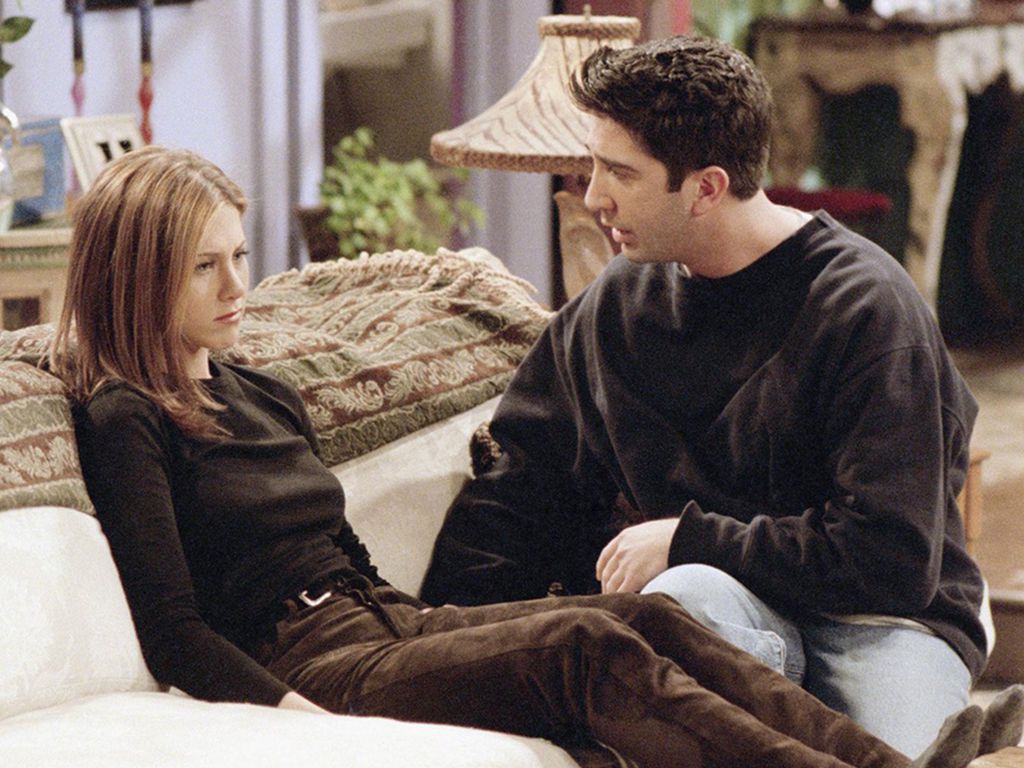 Who did Ross go out with while he and Rachel were on a break?

Since her stint on “Friends,” actress Angela Featherstone has transitioned to screenwriting and has written many sitcoms and nonfiction works. 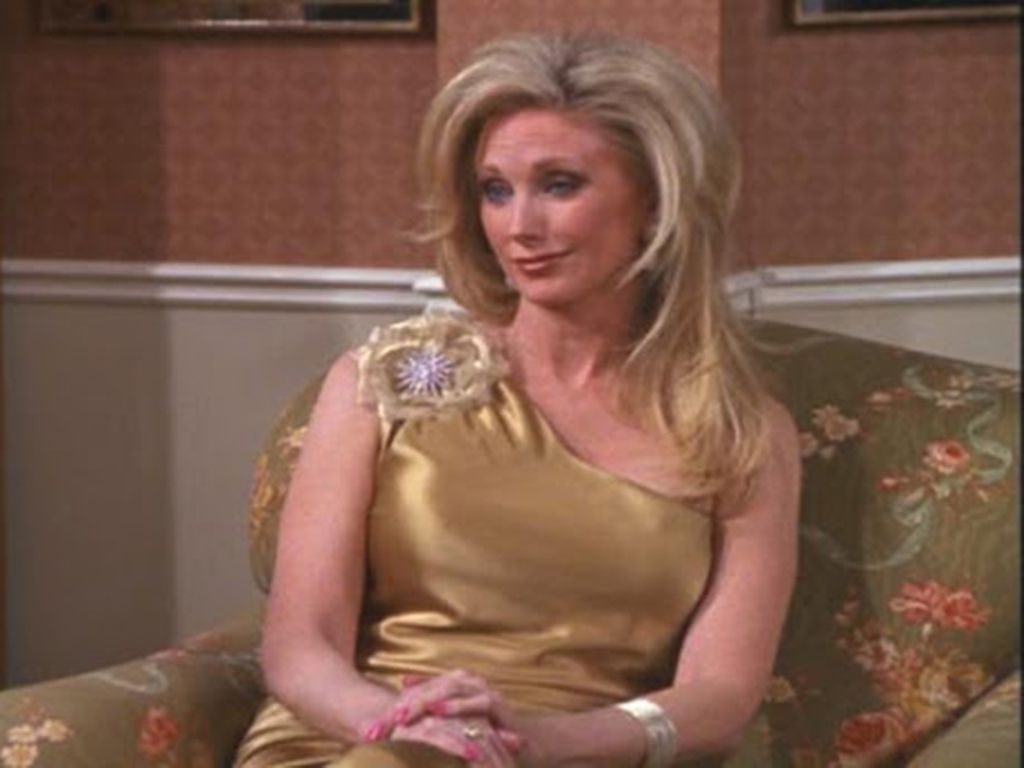 What is Chandler’s mom’s name?

Chandler’s parents, Charles and Nora Bing, got their names from Myrna Loy’s character Nora Charles in 1934’s “The Thin Man.” 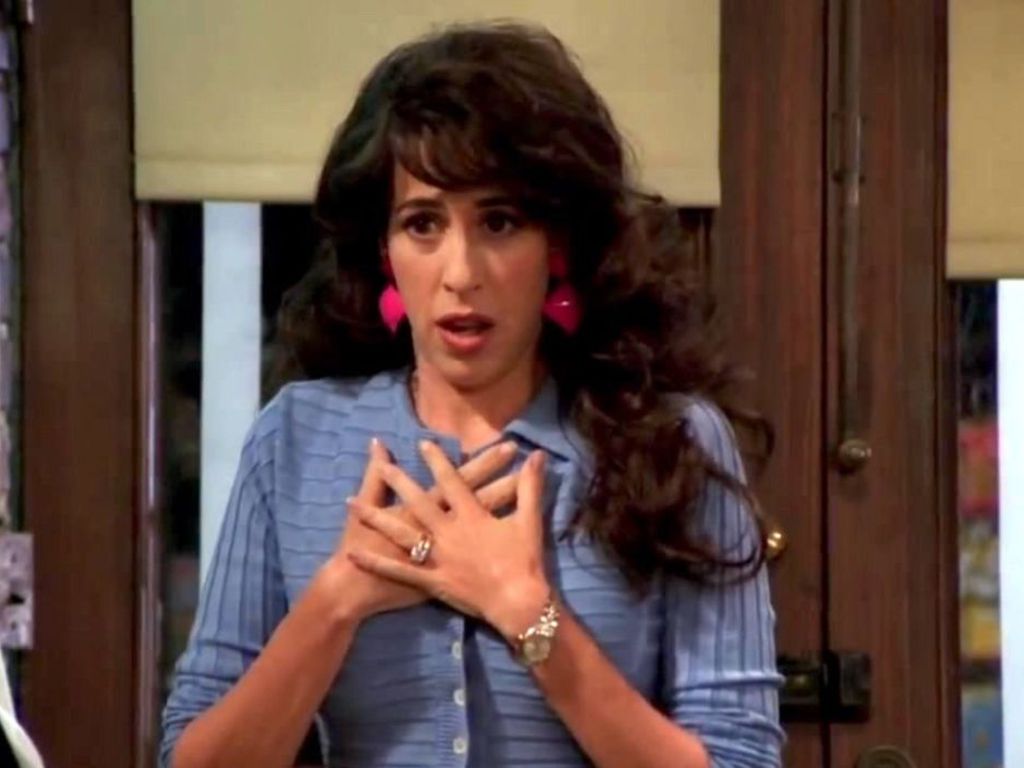 What was Janice’s first husband’s name?

Maggie Wheeler’s portrayal of Janice stems from an imitation of the actress Fran Drescher, star of the sitcom “The Nanny,” and the character Woody the Woodpecker. 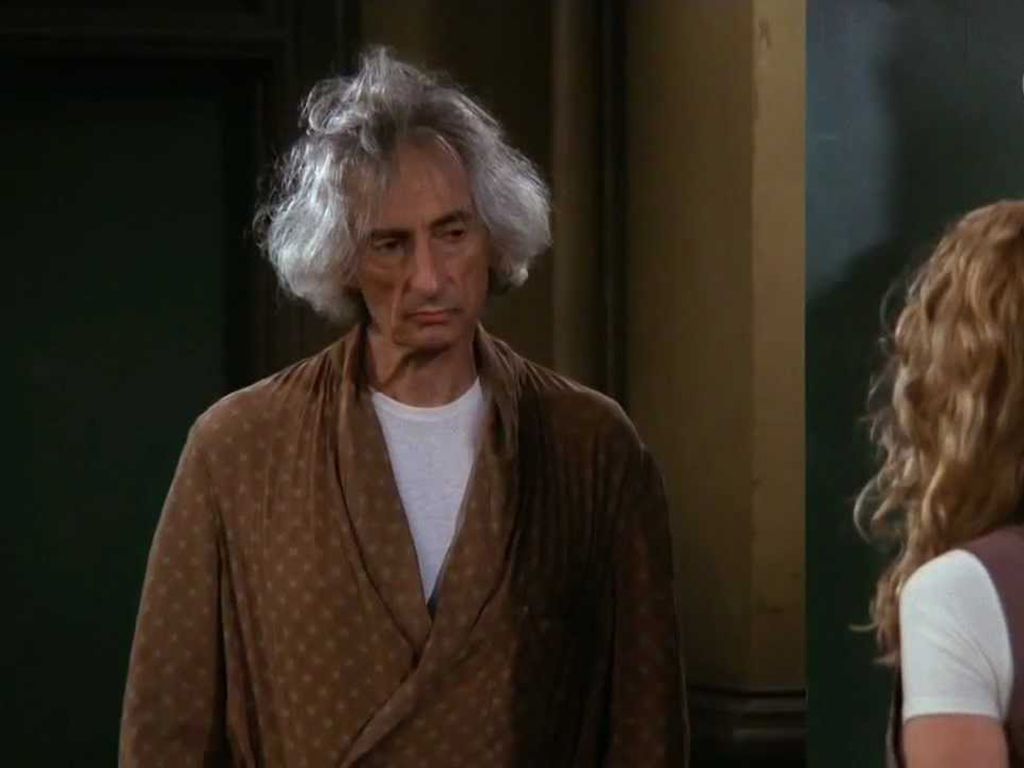 Who was the angry man in the apartment below Monica’s?

Mr. Heckles actor Larry Hankin was so angry at the producers that they killed off his character that he came to the set and had an argument with them after he read the script. 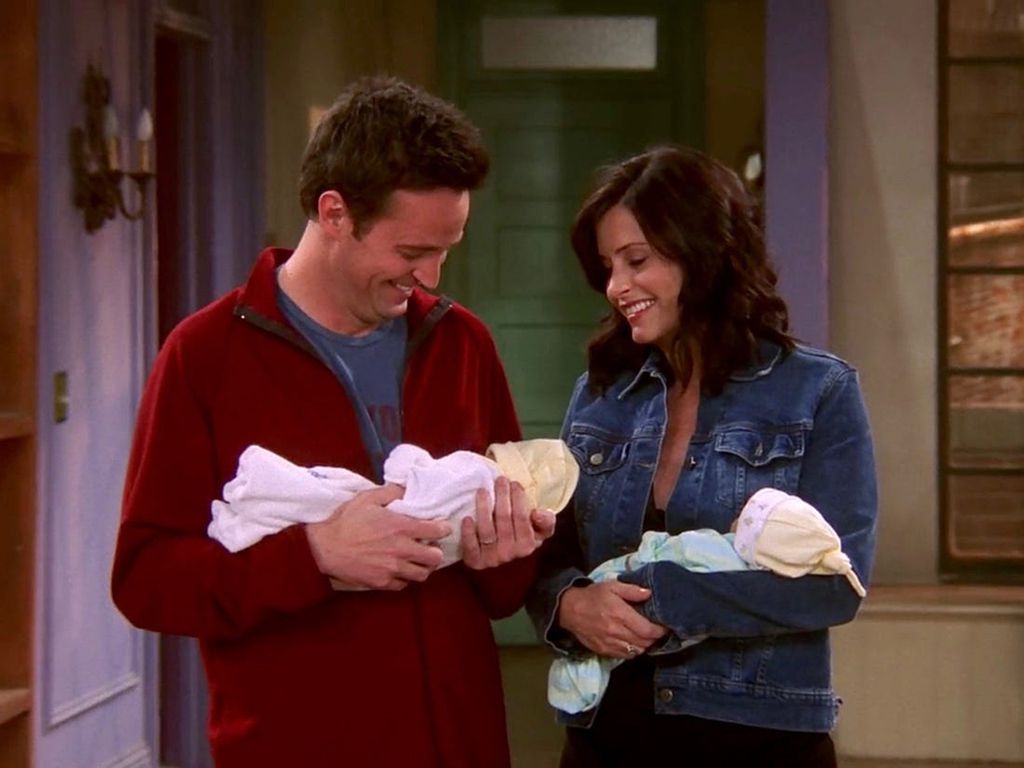 What are Monica and Chandler’s twins names?

According to their ages on the show, Jack and Erica Bing would be 15 years old today, Emma Geller Green would be 17, Ben Geller would be 24 and Phoebe’s triplets would be 21. 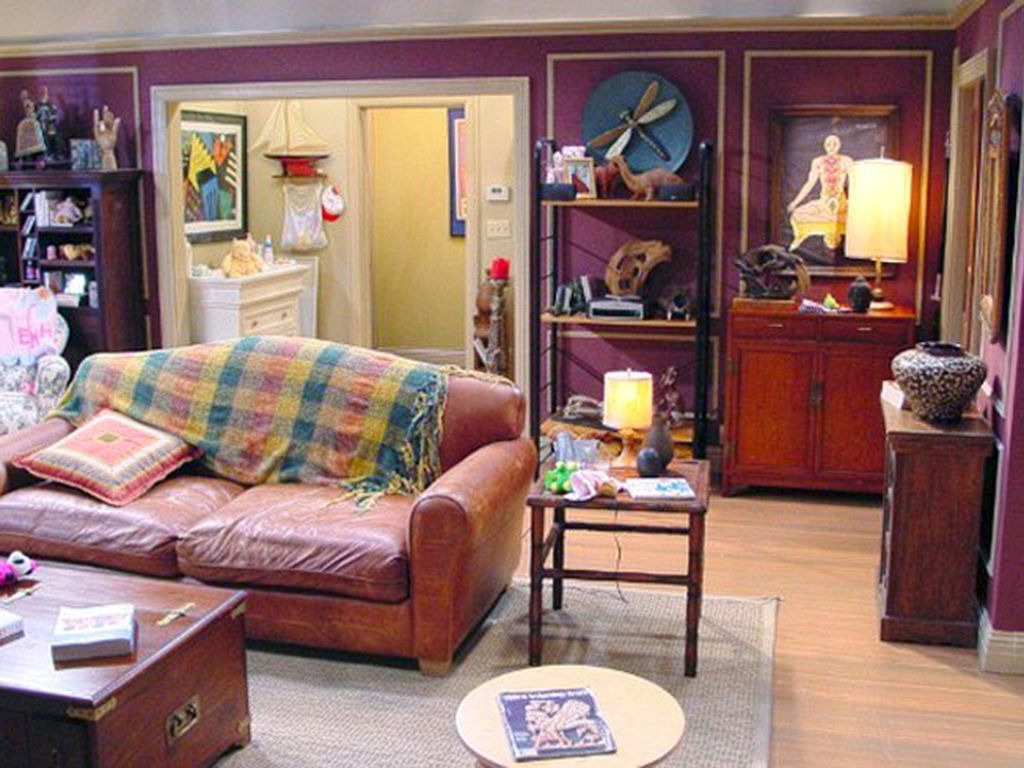 It was rumored that actor Mike Hagerty played Ugly Naked Guy, but in reality the character was portrayed in two episodes by Jon Haugen. 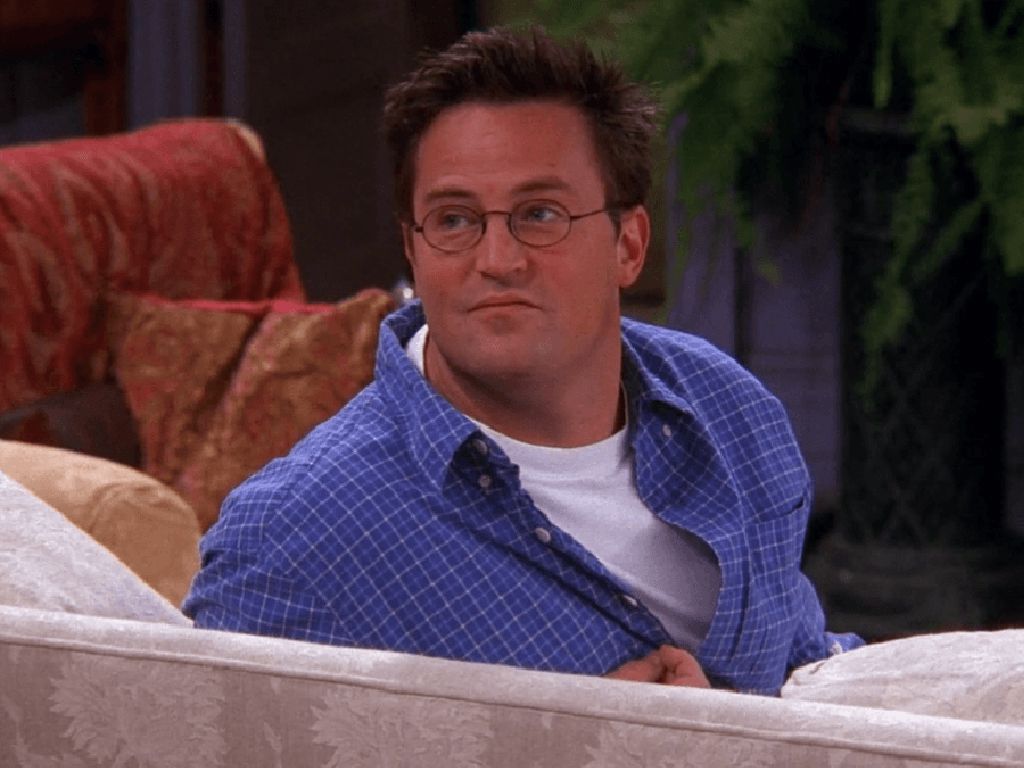 What was one of Chandler’s jobs?

According to a fan’s calculations, in the ten seasons of the show Joey amassed about $119,760 of debt to Chandler with his frequent borrowing. 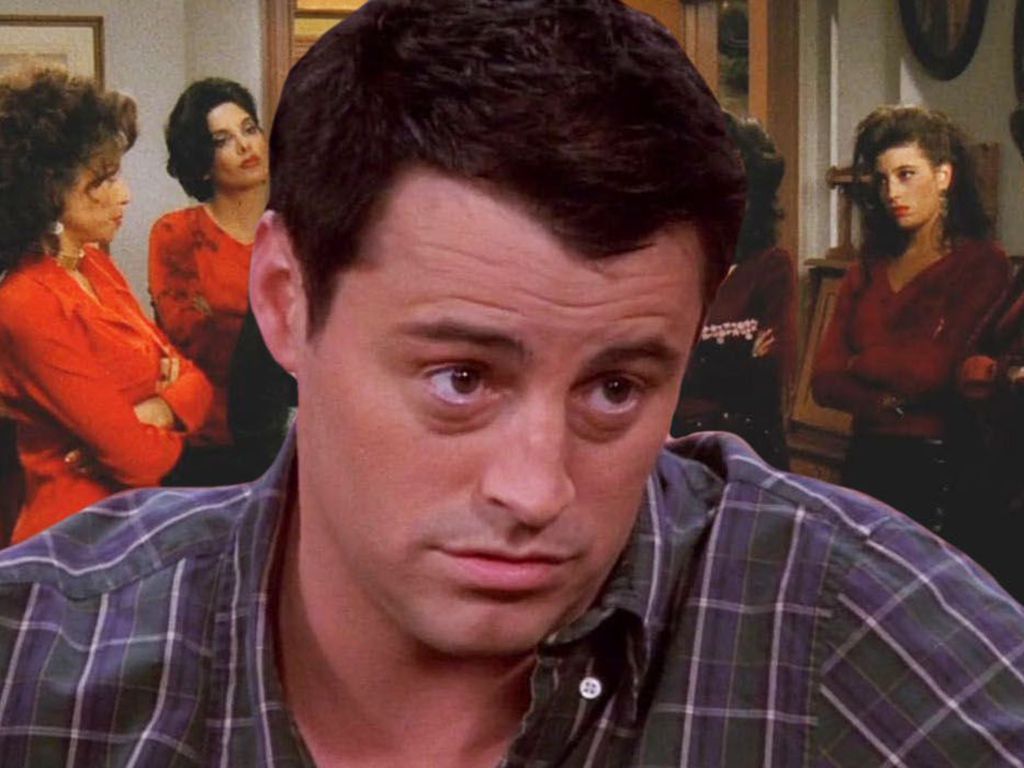 How many sisters does Joey have? 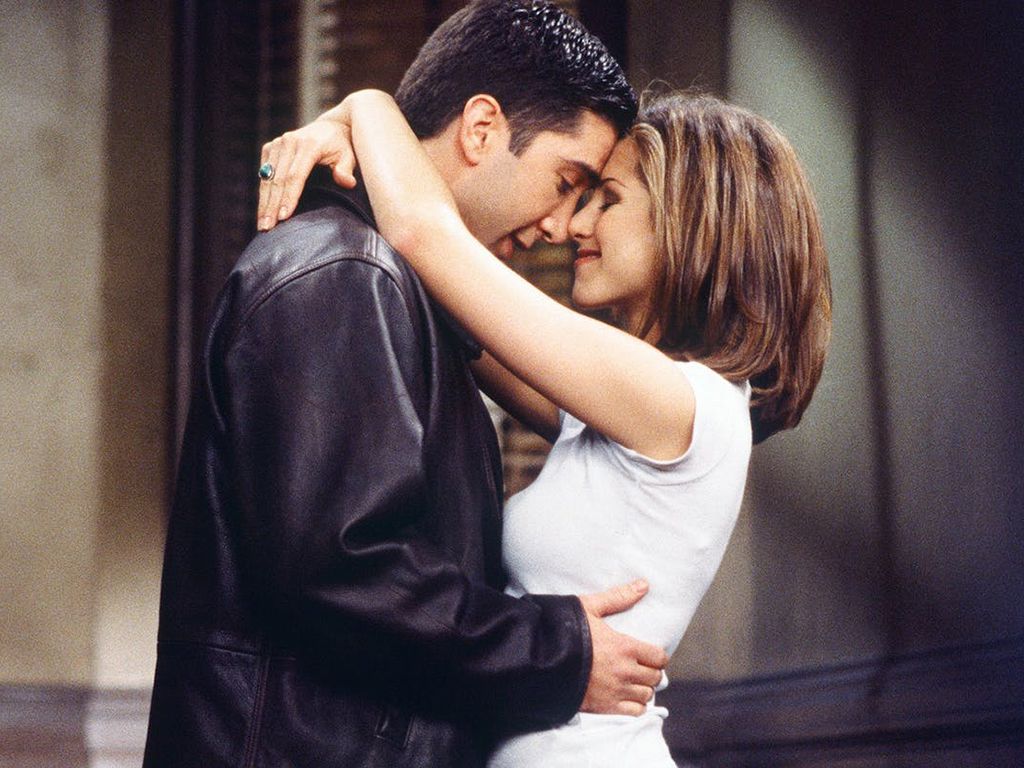 How many pages was Rachel’s letter to Ross?

Despite some rumors and speculation, the writers always intended that at the end of the series Ross and Rachel would end up together. 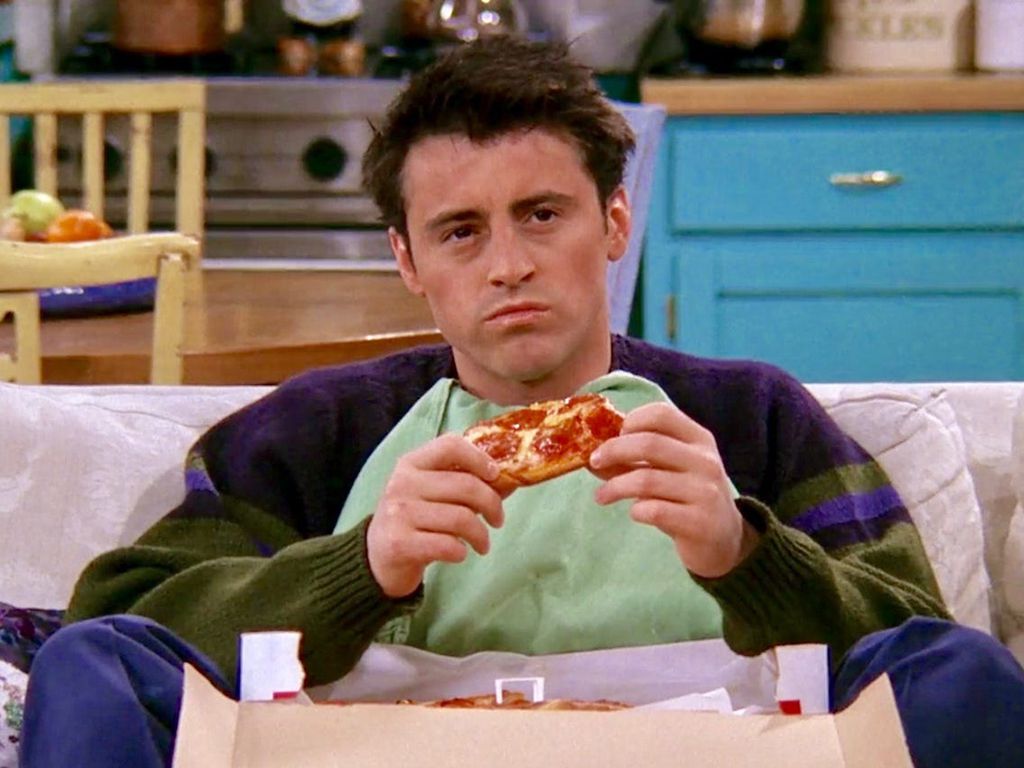 What was Joey’s fake name?

When actor Matt LeBlanc auditioned for the role of Joey, he had just eleven dollars to his name. The first thing he bought with his “Friends” paycheck was a hot dinner. 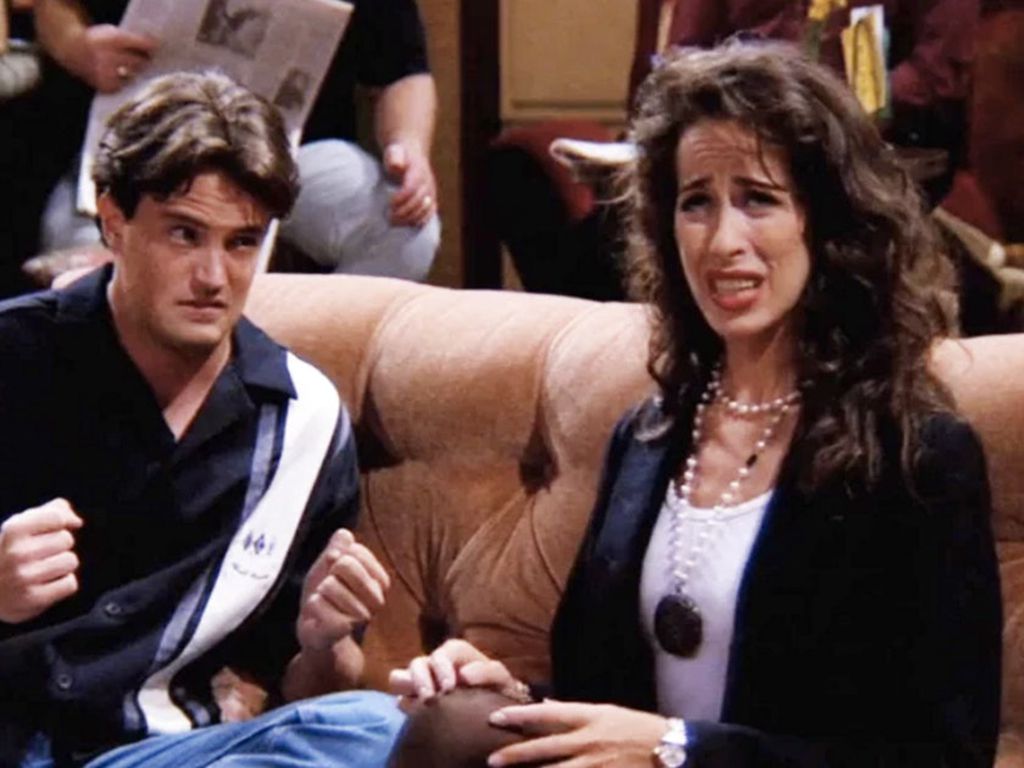 Where did Chandler tell Janice that he was moving to?

Janice is one of the few recurring characters to appear in every season of the series. Other characters that do so are Jack and Judy Geller and Gunther. 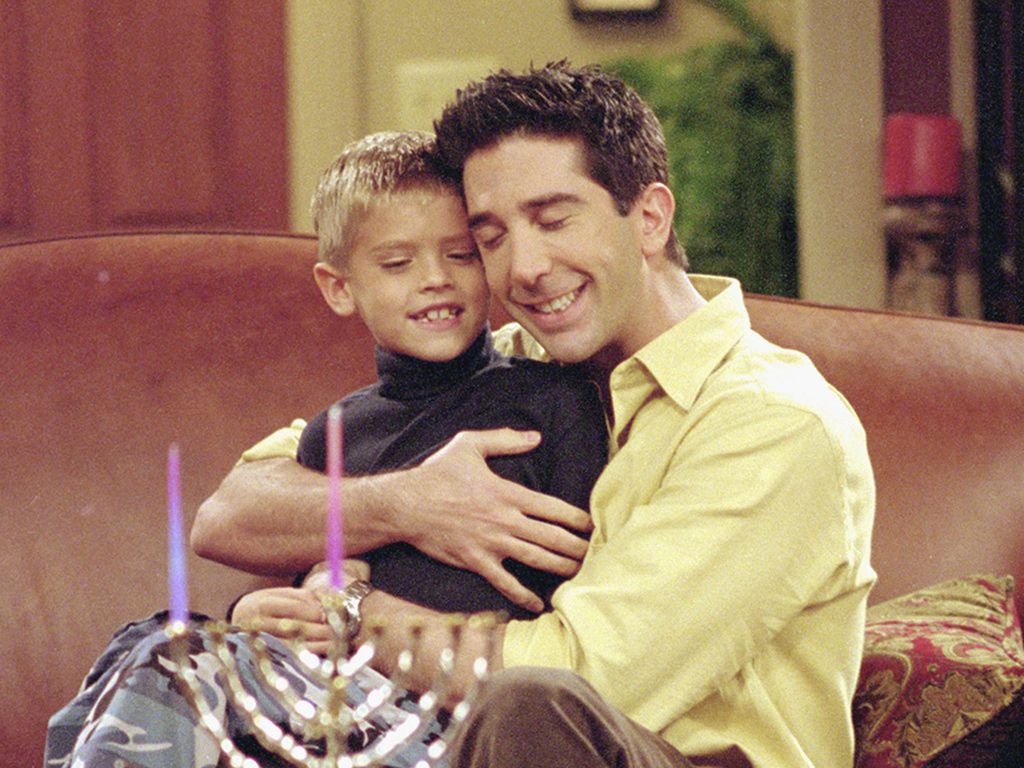 What is Ross’s son’s name?

Actor Cole Sprouse portrayed Ross’s son Ben on the series for seven episodes between 2000 and 2002. He would often correct other actors if they got their lines wrong. 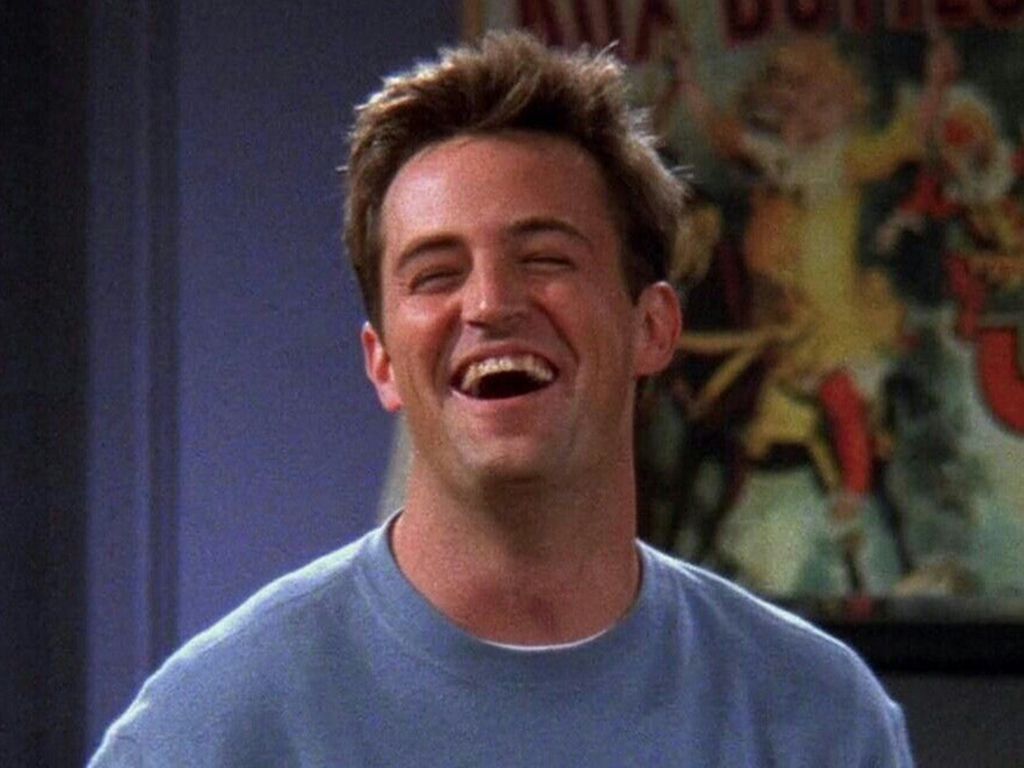 How was Chandler’s name spelt on his TV guide?

Actor Jon Favreau was offered the role of Chandler in pre-production, but he declined. He later appeared on the series as Pete Becker, Monica’s millionaire boyfriend. 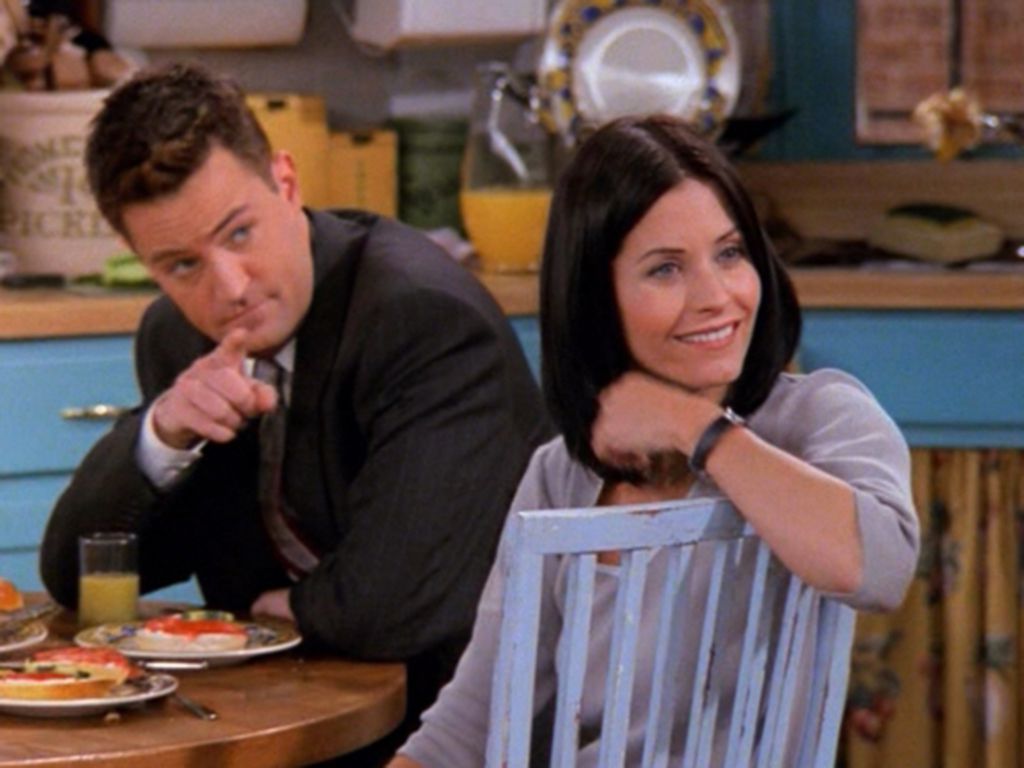 Who was the first friend to find out about Monica and Chandler’s relationship?

Chandler’s character was originally intended by the writers to be gay, but after Matthew Perry was cast in the role, they changed their minds. 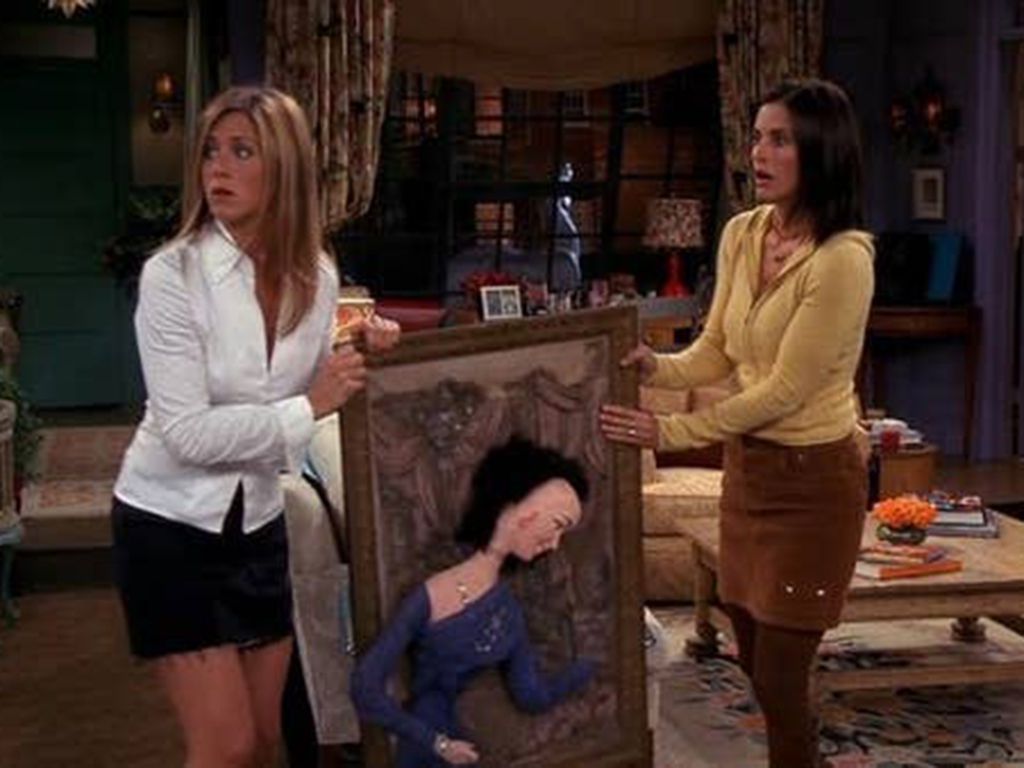 What is Phoebe’s strange painting’s name?

Actor Hank Azaria auditioned several times for the role of Joey, but was rejected. He later appeared on the show as Phoebe’s scientist boyfriend. 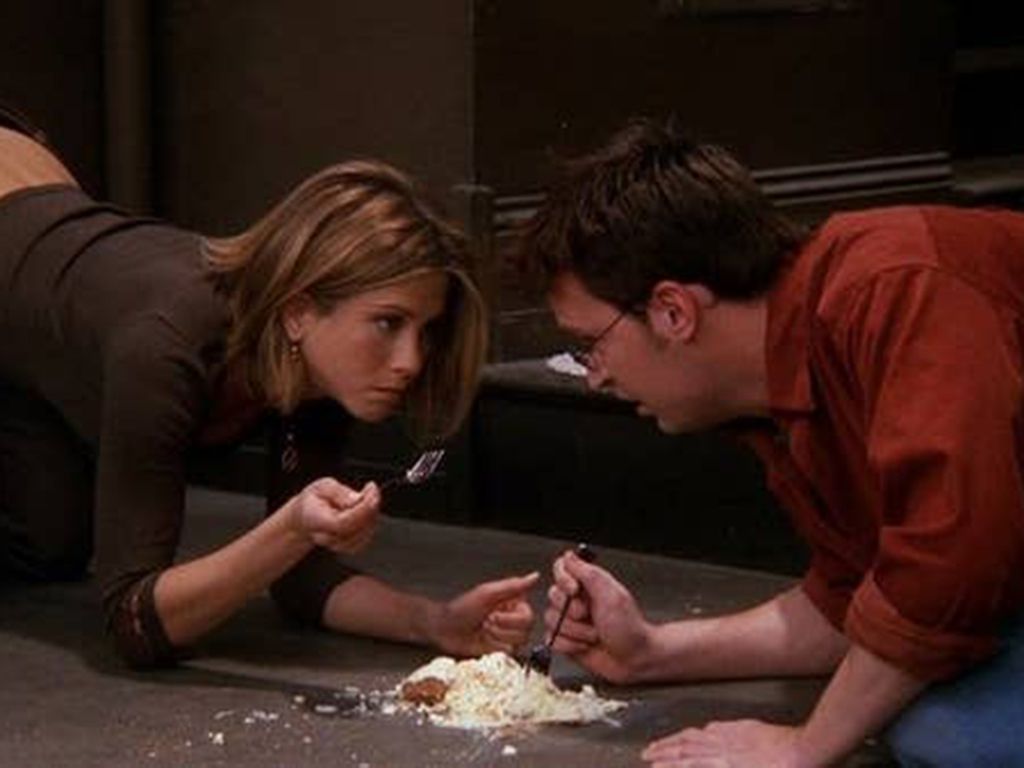 What food do Rachel and Chandler eat off of the hallway floor? 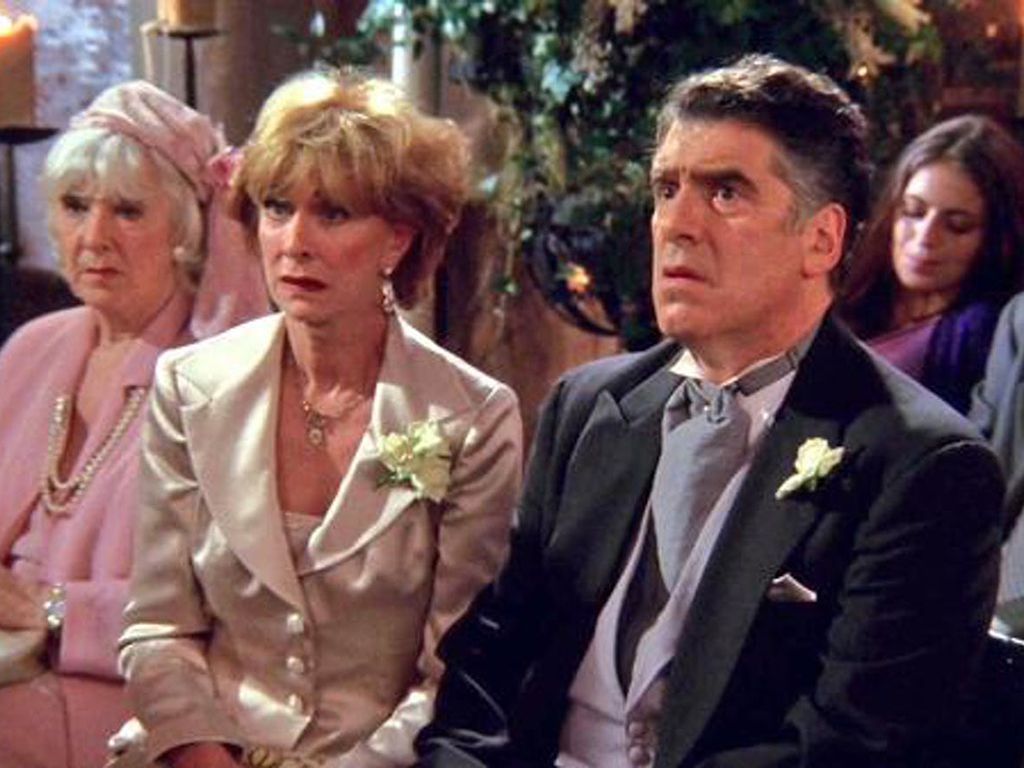 What are Ross and Monica’s parents’ names?

On appearing on “Friends” as Ross and Monica’s father Jack Geller, actor Elliott Gould said, “I like to work with newer generations.” 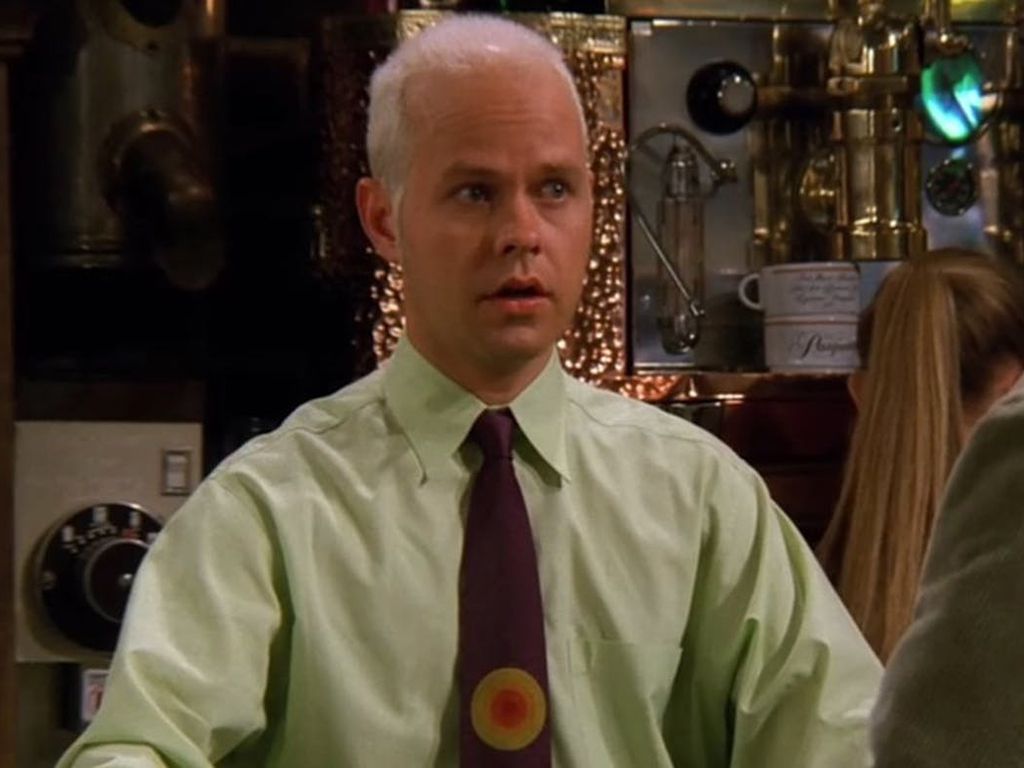 Who works at the coffee shop?

Gunther didn’t have any lines in the series until episode nine of the second season of the series, where he only says the word “yeah.” 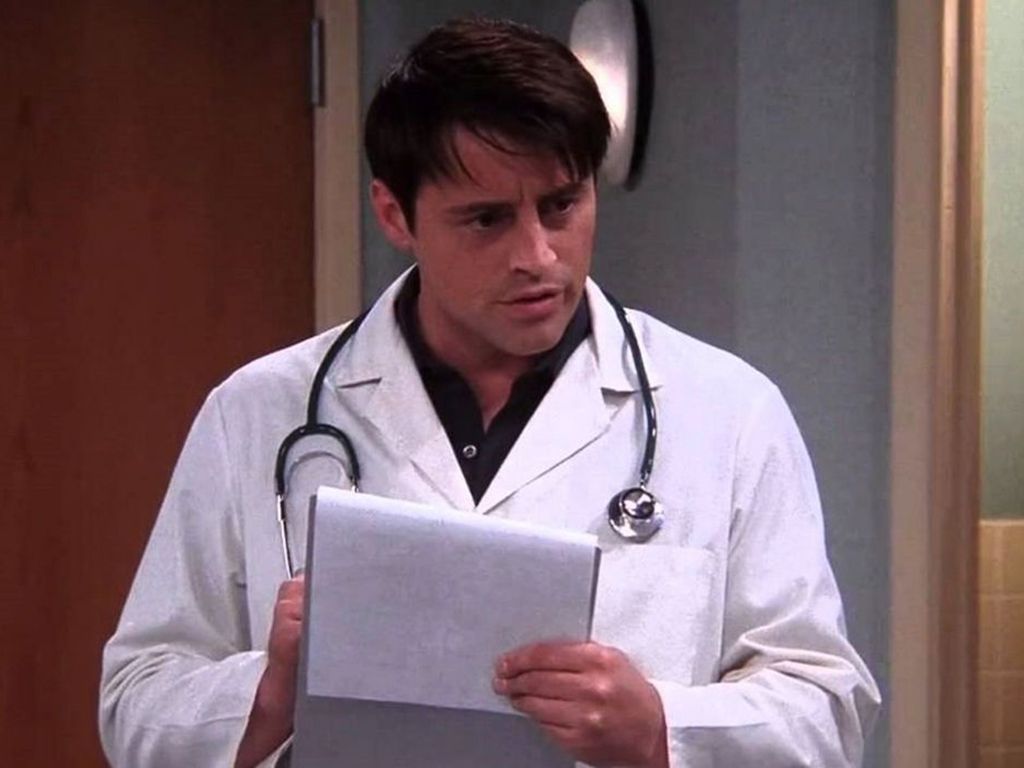 What is Joey’s character’s name on “Days of our Lives?”

In reality, Jennifer Aniston’s father, John Aniston, has appeared on the soap opera “Days of our Lives” as Victor Kiriakis since 1983. He has appeared on over 2,000 episodes of the series. 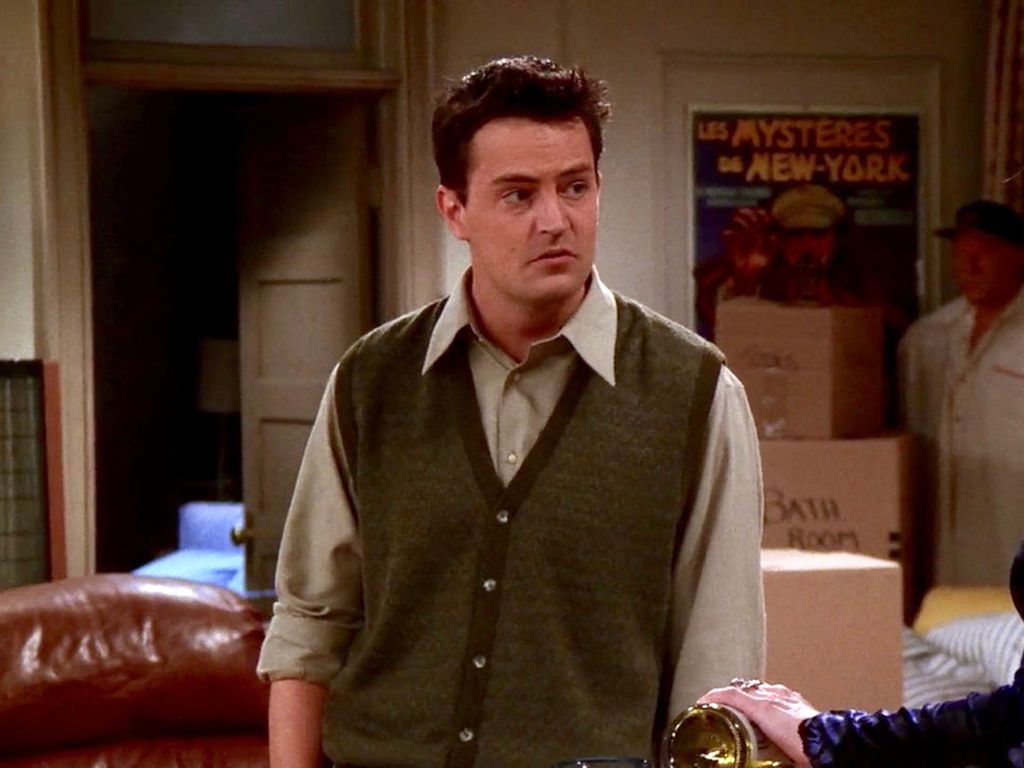 What is Chandler’s middle name?

Originally, Chandler and Phoebe were supposed to be semi-regular characters on the show and not appear in every episode. After the pilot aired, it was clear that they were crucial to the ensemble. 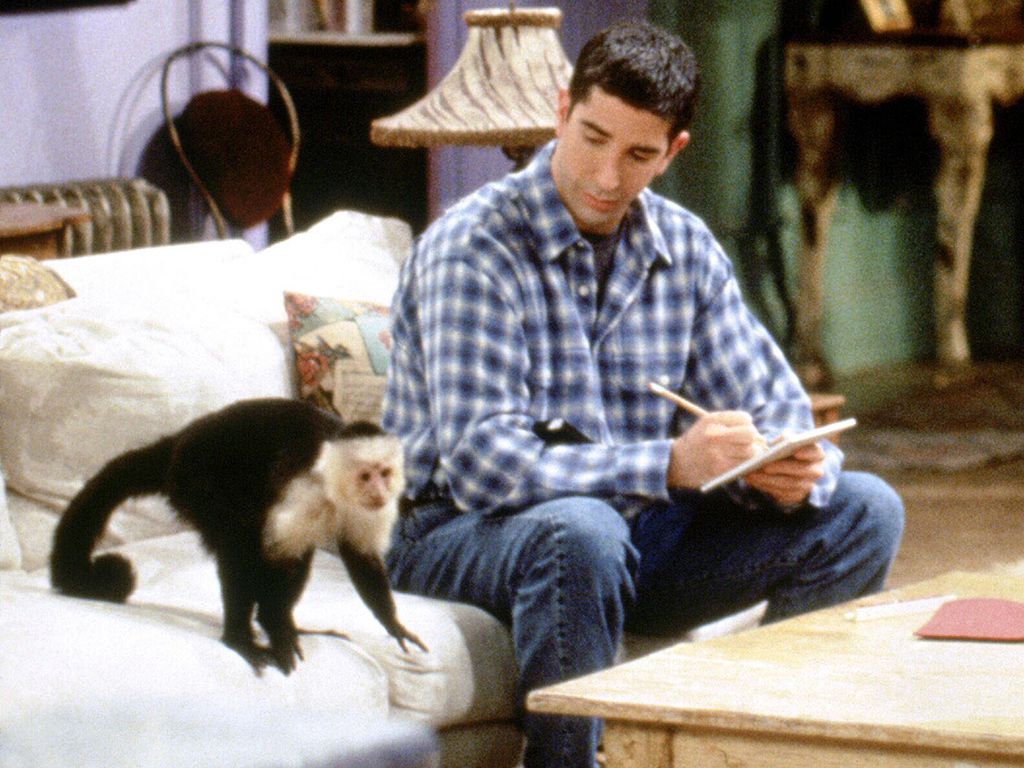 What is Ross’s monkey’s name?

In 1995, when David Schwimmer was asked which character he would most like to see leave the show, he answered that Marcel was his least favorite character. 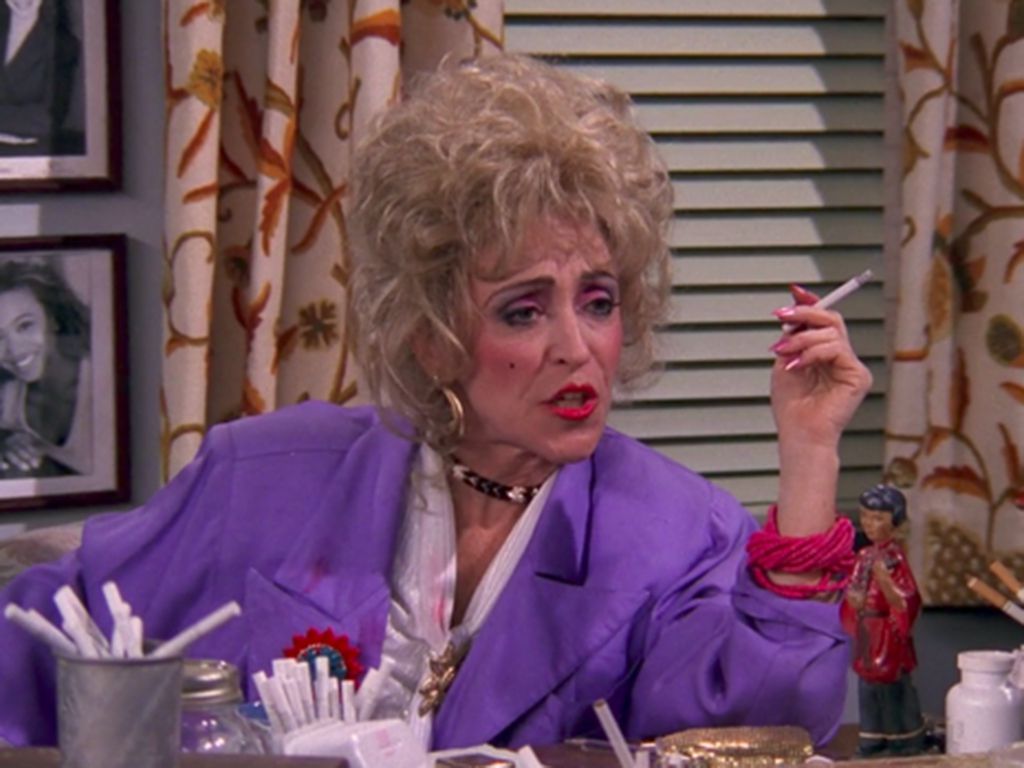 What is Joey’s agent’s name?

Every time Estelle is seen on the show she is smoking a cigarette. But June Gable, who played Estelle, appeared as another character in the first season of the show. 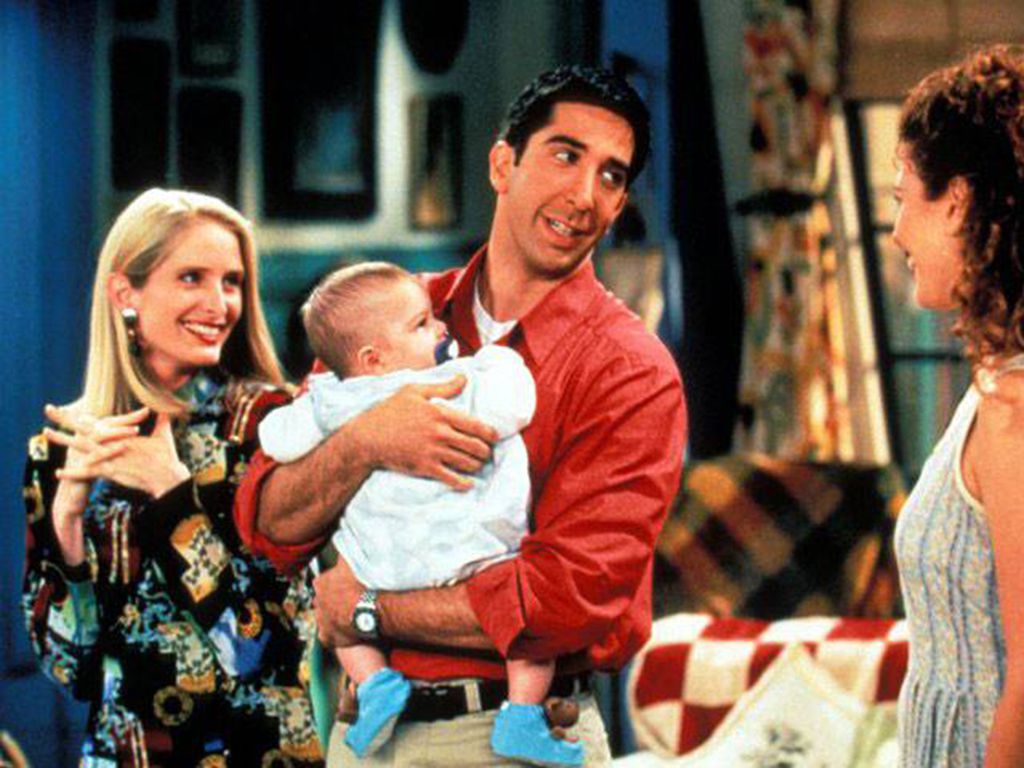 What was Ross’s first wife’s name?

The role of Carol was originally portrayed by actress Anita Barone before Jane Sibbett took over the role for the remainder of her time on the series.
You've scored 4/30 correct answers!