Who Are the Best NBA Players to Never Win a Title?

Zarouhi Mikaelian
Who Are the Best NBA Players to Never Win a Title? June 28, 2018 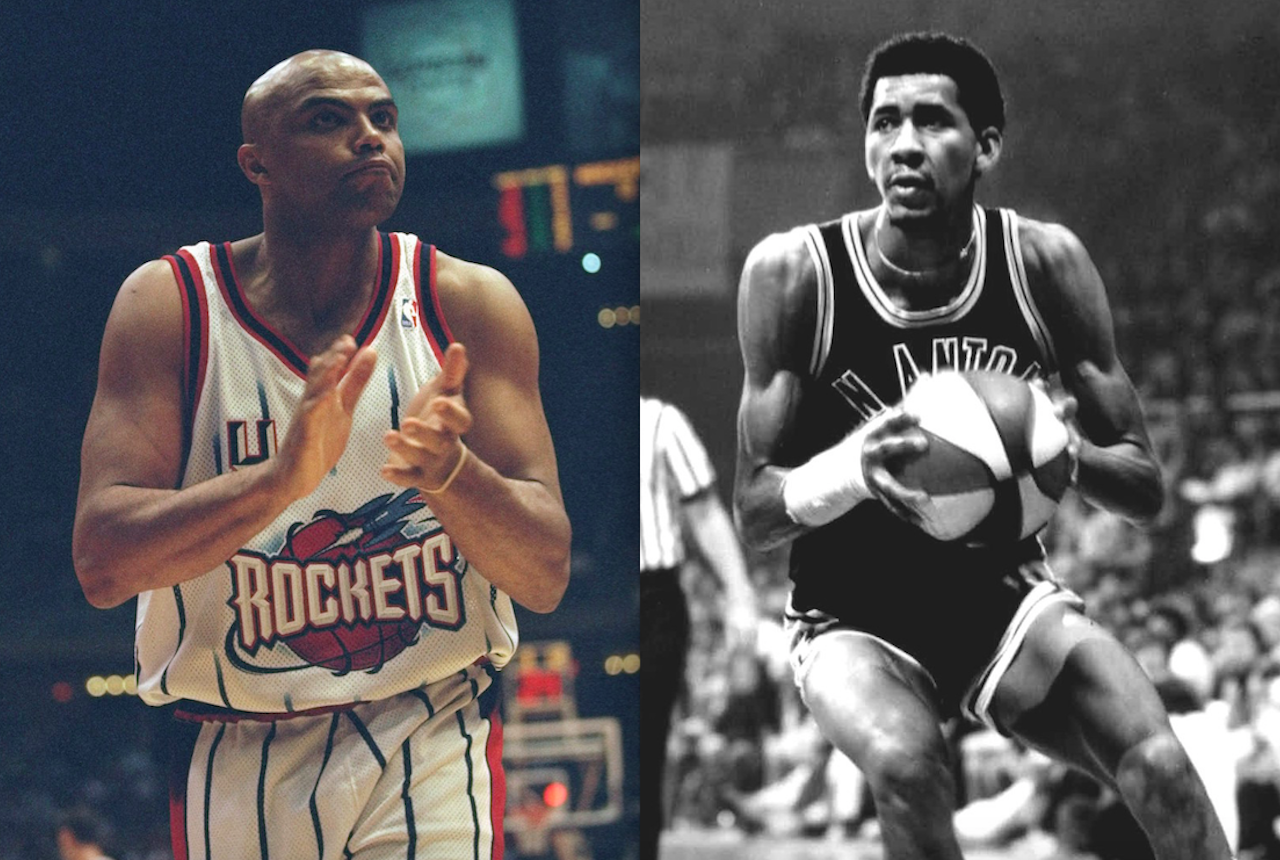 The NBA is full of dynasties. And it means there are a lot of talented players without rings. So here are the best NBA players to never win a title. Parameters: no active players (sorry, Vince Carter) and no one who entered the league before the 1970-71 season (apologies Walt Bellamy, Nate Thurmond and others).

One of the sport's most prolific chuckers, Pistol Pete set the NBA record for points in a game by a guard by dropping 68 on the Knicks in a 124-107 win on February 25, 1977. The mark's since been cracked by David Thompson, Michael Jordan, Kobe Bryant, and Devin Booker. He led the league in scoring that season at 31.1 points per game, but never made it past the second round of the playoffs.

A member of Run TMC — the high-scoring, fast-paced early-'90s Warriors trio that included Tim Hardaway and Mitch Richmond — Mullin wouldn't make it past the second round of the playoffs until he was 34 and starting for the 1997-98 Pacers. They fell to the Bulls, the eventual champions, in the conference finals.

The Duke alum was electric through his first six seasons in the league, averaging 21.6 points, 7.9 rebounds, 6.3 assists, and 1.6 steals per game for the Pistons. But even after a series of injuries sapped him of his athleticism, Hill managed to remain a valuable starter into his late 30s. He didn't make it out of the first round of the playoffs until age 37, when the "Seven Seconds or "Less" Suns fell to the Lakers in the 2010 conference finals.

The two-time scoring champ and six-time All-Star played for a championship-winning team, but got traded away from it in the middle of the season. The 1988-89 Pistons sent the forward and a first-round pick to the Mavericks for Mark Aguirre. Four months, Detroit swept the Lakers in the NBA Finals.

One of the most prolific scoring small forwards of all time, King led the league in points per game in 1984-85, dropping 32.9 for the Knicks. He never made it out of the second round of the playoffs, but he averaged 26.5 points per game on 55.9 percent shooting in the postseason.

It took until Deke was 34 for him to make his first and only NBA Finals, when the center lost to the Lakers with the 76ers in 2001 alongside another player on this list. The four-time Defensive Player of the Year has the second-most blocks of all time, with 3,289.

The sharpshooter never won a ring, but he was a fixture deep into the playoffs. His Pacers made it to the Eastern Conference finals five times in a seven-year span, culminating in a trip to the 2000 NBA Finals. Miller averaged 24.3 points per game, second only to the Lakers' Shaquille O'Neal, in the six-game series.

The Hall of Fame center didn't reach the NBA Finals until 1984, when he was 35 years old and in his last season. He still managed to put up 10 points, 7.4 rebounds, and a team-leading 4 assists per game as the Bucks fell to the Celtics in five games.

Gilmore led the Kentucky Admirals to an ABA championship in 1975, but he never made it past the conference finals during his six years in the NBA. He did, however, lead the NBA in field-goal percentage in four consecutive seasons. Including ABA and NBA stats, he's 26th all-time in points scored (though Vince Carter is gaining on him), fifth in rebounds, and fourth in blocks.

There was little the Michigan alum couldn't do on the basketball court. The problem was staying on it, as the big man played in just 831 games over 15 seasons. He never went past the conference finals, though everyone save for Lakers fans knows he should have made it in 2002.

The Human Highlight Reel averaged 24.8 points over his 15 seasons in the NBA, good for 13th-best in NBA history. His Hawks made it to the second round of the playoffs in three consecutive seasons, from 1986 to 1988, but the nine-time All-Star and 1985-86 scoring champ never got any further.

One of the game's most versatile players, T-Mac led the NBA in scoring in 2002-03 and replicated the feat a year later. But he never even made it out of the first round of the playoffs, unless you count that time he joined the Spurs after the 2012-13 regular season for their run to the NBA Finals, playing 31 total minutes across six games.

The four-time scoring champ's playoff career peaked in Game 1 of the 2001 NBA Finals, when he dropped 48 on the Lakers for an overtime victory and stepped over Tyronn Lue for one of the league's most iconic images. But LA won out the rest of the way to end Iverson's only trip past the second round of the playoffs.

Just the third point guard in NBA history to claim MVP honors, Nash won the award in consecutive seasons as the engine of the "Seven Seconds or Less" Suns. He took Phoenix to four Western Conference finals after making one trip there with the Mavericks. Nash's 10,355 assists are the third-most in NBA history.

One of the greatest scorers ever, Gervin led the league in points per game for three straight seasons, then he let Adrian Dantley have it in 1980-81, only to come back and win the scoring title again. He never made it out of the second round of the playoffs, but he led the postseason in scoring six times.

The center out of Georgetown averaged over 20 points in an obscene 13 straight seasons to start his NBA career. He took the Knicks to three Eastern Conference finals, reaching the NBA Finals in 1994, where he was bested by Hakeem Olajuwon in one of the best championship-round center matchups ever.

Like Steve Nash, but if he played defense. Stockton is the all-time leader in steals, assists, and assist percentage, and still has the 12th-best true shooting percentage in NBA history, according to Basketball Reference. With someone who's coming up on this list, he led the Jazz to consecutive NBA Finals in 1997 and 1998.

The Round Mound of Rebound has the fourth-best box plus/minus ever and the fifth-best value over replacement player, according to Basketball Reference. He made it to one NBA Finals in his 15-year career, averaging 27.3 points, 13 rebounds, and 5.5 assists as his Suns fell to Michael Jordan's Bulls in 1993.