The Best Player in the History of Each NFL Franchise

Matthew Demeke
The Best Player in the History of Each NFL Franchise December 26, 2016 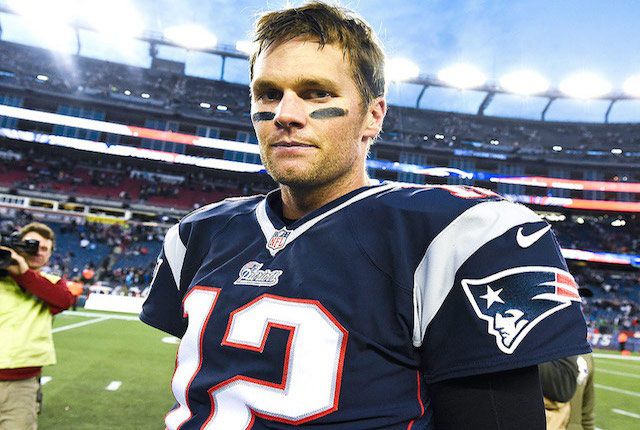 The NFL will turn 100 years old in 2020. That's not too far away. And the league's created a lot of legends (and living legends), some of the greatest figures not only in sports history but in American history. American men and women have grown up cheering for, saluting, even worshipping NFL stars. But who is the all-time best player in the history of each NFL franchise? Well, we determined the answers. Consider this list the ultimate argument settler...

Larry Fitzgerald, No. 11 of the Arizona Cardinals, makes a pass in the first half against the Jacksonville Jaguars at University of Phoenix Stadium on Nov. 26, 2017 in Glendale, Arizona.

The thing that comes to my mind is Fitzgerald's 2008 performance in the playoffs. He finished 30 catches, 546 yards and seven touchdowns in four games.

Fred Taylor No. 28 of the Jacksonville Jaguars runs for a touchdown in a game against the Oakland Raiders at Jacksonville Municipal Stadium on Dec. 23, 2007 in Jacksonville, Florida.

You could argue that Fred Taylor wasn't as durable in his later years with the Jags, but he still put up incredible numbers. He is the Jaguars’ all-time leading rusher, second in franchise history in touchdowns, third in receptions and sixth in receiving yards.

In his 12 years with Houston, Johnson accumulated nearly 14,000 receiving yards and caught 66 touchdowns. Oh, and he beat the crap out of Cortland Finnegan, which was awesome.

Steve Smith, No. 89 of the Carolina Panthers, during their game at Bank of America Stadium on November 18, 2013 in Charlotte, North Carolina.

May 20, 1998: Peyton Manning No. 18 of the Indianapolis Colts in action during the Pinnacle NFL Rookie Shoot at the Citrus Bowl in Orlando, Florida.

This was a very, very close call between Bruce Smith and Jim Kelly, but I'm giving the edge to Smith. In 15 years with the Bills, Smith recorded 941 tackles, 171 sacks and 35 forced fumbles. He is also the all-time leader in sacks with 200.

Anthony Munoz, No. 78 of the Cincinnati Bengals, in action against the Chicago Bears during an NFL football game Sept. 10, 1989 at Soldier Field in Chicago, Illinois. Munoz played for the Bengals from 1980-92.

After 13 seasons and playing 182 out of a possible 185 games, Anthony Munoz is considered to be one of the best tackles to ever play the game.

1966: Green Bay Packers quarterback Bart Starr No. 15 runs and looks for a receiver to pass to.

The one word you think of when you think of Bart Starr is "legend." He led the Green Bay Packers to wins in the first two Super Bowls and ended up with a total of five NFL championships during his tenure.

Chiefs tight end Tony Gonzalez had five receptions for 67 yards as the Kansas City Chiefs defeated the Oakland Raiders by a score of 20 to 9 at McAfee Coliseum, Oakland, California, Dec. 23, 2006.

Tony G. transformed the way that the tight end positon was played. In his 12 seasons in Kansas City, Gonzalez absolutely shattered the Chiefs team records with 916 catches, 10,940 yards, and 76 touchdowns.

Remember when the San Diego Chargers didn't resign Drew Brees because they thought he was damaged goods? Well that was kind of a mistake. All Drew Brees has done since arriving to New Orleans is earn seven Pro Bowl appearances, lead them to their first Super Bowl victory, and earn Super Bowl XLIV MVP honors.

Very easy choice and it wasn't even close. I can't think of any player who won the NFL Rookie of The Year award then follows that up with a Super Bowl win/MVP the following year. He had the best 74-yard touchdown run that is widely considered the greatest rush in NFL history.

Probably the most versatile defensive player in Eagles history. He could play inside or on the outside and still be very effective. I just find it a little sad that a player that didn't spend a majority of his career on the team is considered their best player.

A running back who averaged 104.3 yards a game in his career and also led the league in rushing EIGHT of his nine seasons is no question making this list. Probably would have been the greatest athlete in Cleveland sports until that LeBron guy came into the picture.

Yes I know you can argue that the two Jack's Jack Ham and Jack Lambert could have had the #1 spot. But guess what? You aren't making this list. There is a reason he had the nickname "Mean Joe Greene." He went on to make ten Pro Bowls, win four Super Bowls, was named Defensive Player of the Year twice (1972, 1974), and was inducted into the HOF in 1987.

You already know this was coming guys. I know he never made the Super Bowl and many say he quit in the 2007 AFC Championship game but in his 9 year career with San Diego, he was simply unbelievable. Two years stood out, in 2003, he rushed for 1,645 yards while also hauling in 100 RECEPTIONS and in 2006, he had 28 rushing touchdowns and three receiving touchdowns.

Get this, Walter Jones played a total of 12 seasons in the NFL and only allowed 23 sacks and was penalized for holding only nine times. Enough said.

How much more obvious can this one be? Over his 10 year career in Detroit, Barry Sanders rushed for 15,269 yards, rushed for 99 TD’s, caught 10 passings touchdowns for a decade. He could have easily played 5 more years but who would want to play in Detroit for that long?

One of the most technically sound and underrated linebackers of our generation. In 2002, Derrick Brooks took home the Defensive Player of the Year award, after posting 87 tackles, 5 interceptions, and 1 sack.

Forget Kobe! Can we talk about how Darrell Green played 20 years for the Washington Redskins? One of the fastest players ever, Green managed to run a 40 yard dash and clock in at a 4.2 speed AT THE AGE OF 40. LEGEND.

The guy never won a Super Bowl but look, he was the INVENTOR of the term "sack." He was awarded All-Pro honors eight of his eleven seasons with the Rams and was a Rams icon.

Nov. 14, 1993: Deion Sanders, cornerback of the Atlanta Falcons, faces off with wide receiver Henry Ellard of the Los Angeles Rams.

Sanders was cocky, flamboyant and the most outspoken player of all time. But his numbers backed all that up. In just five years with Atlanta, he recorded 24 interceptionss and scored 10 touchdowns. One of the best, if not the best, shutdown corners of all time.

John Elway, No. 7, quarterback for the Denver Broncos during the American Football Conference West game against the Cincinnati Bengals on Dec. 1, 1991 at the Mile High Stadium, Denver, Colorado. The Broncos won the game 20-3.

Undoubtedly the greatest player to ever put on a Broncos uniform. Elway won two Super Bowl's with pretty mediocre teams before riding off into the sunset. Oh, yeah, and he also had 46 career game-winning drives.

Easily the heart and soul as well as the face of the Baltimore Ravens. After 17 years and 2 Super Bowl championships, Ray Lewis will go down as the best defensive player of all-time without question.

Staubach led the Cowboys to two Super Bowl titles and five NFC Championships. His strengths were leading the Cowboys to improbable and epic come from behind wins. Staubach > Aikman if that wasn't clear.

His 342 touchdowns ranks 4th all-time and his 33,098 yards is almost 9,000 YARDS more than any other quarterback in Minnesota.

Yes he never won a Super Bowl but you can't ignore the numbers he put him during his time with the Oilers.  Throughout his NFL career he accumulated just under 50,000 yards and 300 TDs which ranks Top 10 of all-time. He earned himself a place in both the NFL Hall of Fame and the CFL Hall of Fame.

Can we just call him the greatest quarterback to never win a Super Bowl? Despite his postseason struggles, Marino put up ridiculous numbers throughout his career, throwing for 61,361 yards, 420 touchdowns, and 252 interceptions. He was also the first quarterback to surpase the 5,000 mark.

Yes i will say this, Jerry Rice is the greatest NFL player of all time and the numbers can clearly back that up. Over his career with San Fransisco, he caught 1,281 passes for 19,247 yards with 176 touchdowns. G.O.A.T.

Lawrence Taylor No. 56, linebacker for the New York Giants, during the National Football Conference West game against the Los Angeles Rams on Nov. 12, 1989, at the Anaheim Stadium, Anaheim, California.

Choosing the Giants all-time greatest was easy. The motor that L.T. possessed  made him virtually unblockable. In 1986, Lawrence Taylor took home the NFL MVP award after recording 20.5 sacks and leading a defense that was holding opponents to 14.8 points per game.

Walter Payton, No. 34, running back for the Chicago Bears, during his final game in the American Football Conference West game against the Los Angeles Raiders  on Dec. 27, 1987 at the Los Angeles Memorial Coliseum. The Bears won the game 6-3.

Arguably the best back in NFL history led the NFC in rushing every year from 1976 to 1980 and eclipsed 1,000 yards 10 times. Oh, and at one point he had the most receiving yards and rushing yards ever among running backs. No big deal. R.I.P., Sweetness.

Not only is he the greatest New England Patriot, but he is in the G.O.A.T. conversation. Seriously though, besides 2007-08 when the Patriots had Randy Moss and Wes Welker, what other years did he have great weapons?