Zarouhi Mikaelian
How an NCAA Superstar Quit Basketball After Playing a High Schooler Who Would Become a Legend August 1, 2018 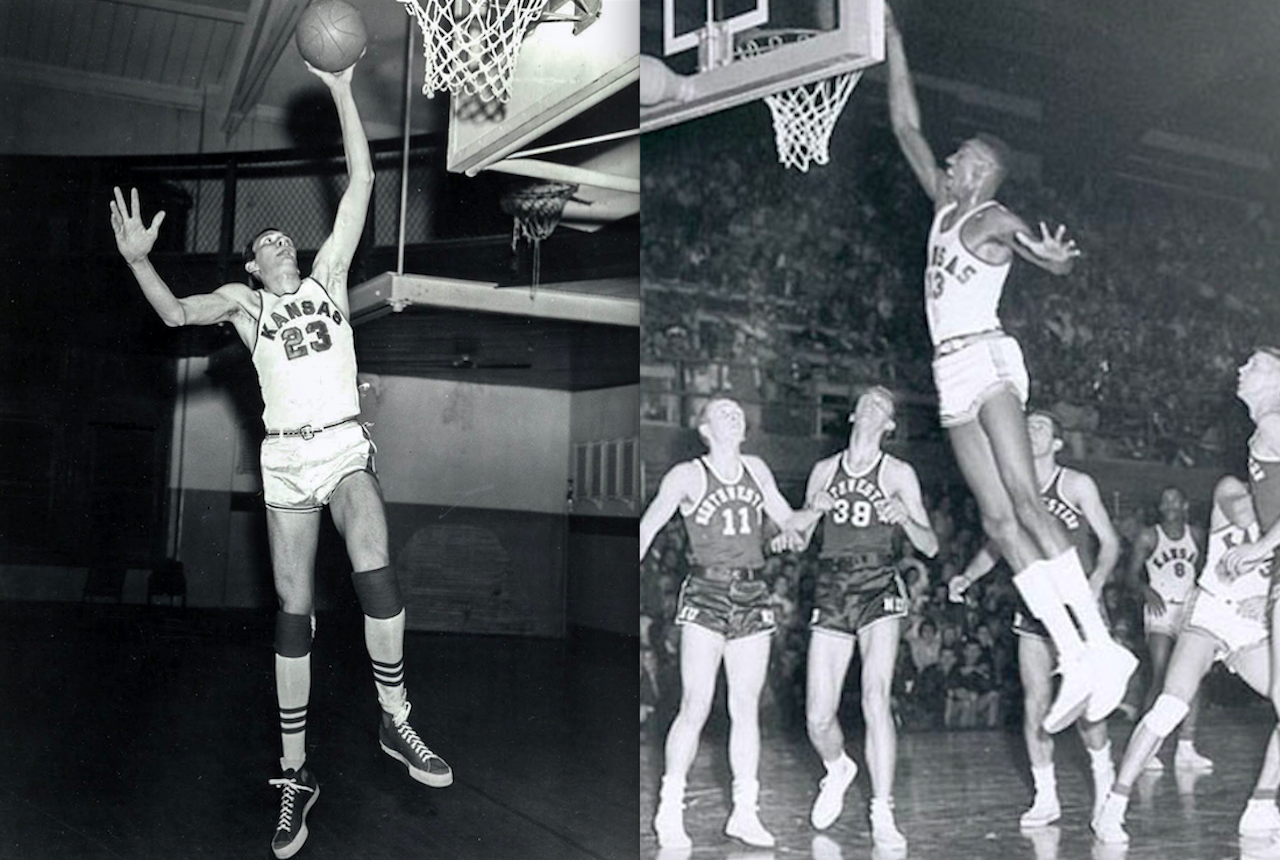 B.H. Born seemed destined for a long career in the NBA. But after his decorated college career, he played a one-on-one game with a future NBA legend who was still in high school at the time. And that changed everything.

B.H. Born was born in Osawatomie, Kansas, before moving to Medicine Lodge, where he made a name for himself as one of the best high school basketball players in the country. "I lived right across the street from the gym and I went to the Methodist church, which was right by the school," Born said of his early days. "I had a job at the store, which was half a block from my house. My scope wasn't too wide for quite a while."

As a senior at Medicine Lodge High School in 1950, Born scored 111 points over four state tournament games, a record, and he drew the attention of Phog Allen (pictured), head coach at the University of Kansas. "In effect, he semi-kidnapped me," Born joked in 2002 of his recruitment to KU. "But I can't imagine enjoying a college career more anywhere else."

Back then, freshmen were ineligible to play. As a sophomore in 1952, Born backed up future Basketball Hall of Fame center Clyde Lovellette (pictured), who carried the Jayhawks to a national title. "Clyde and I averaged 30 points a game," Born said. "The problem was, he'd have 28 1/2 and I'd have 1 1/2."

Lovellette graduated after the Jayhawks' 1952 title, and Born took the legend's place as the team's star center. As a junior, the Medicine Lodge native averaged 19 points and 11.2 rebounds per game, leading the Jayhawks to the national championship game against Indiana.

Born started the 1953 title game despite a case of the flu that had led to an infection in his eyes. "B.H. wasn't feeling too good and had a sore throat," teammate Al Kelley (pictured) recalled. "So during halftime, Phog was putting on a demonstration on how to gargle. I guess you could say we didn't get much strategy."

The 6'9" center scored 26 points, pulled down 15 rebounds, and blocked 13 shots against Indiana — though blocks were not yet an official stat, so he doesn't get credit for a triple-double in the record books. But despite his monstrous night, the Jayhawks fell to the Hoosiers, 69-68.

Born fouled out with five minutes left and had to watch the game fall out of reach from the bench. "We put in Jerry Alberts and Jerry missed the last shot we took," Born said. "We were trying to get the ball to Al Kelley, but we didn't get it around to him. Jerry's shot hit both sides of the rim — the right-hand side, then the left-hand side — and skipped right over."

Despite the loss, Born was named the NCAA tournament's most outstanding player. "He was outstanding on that '53 team. He carried them," said former Jayhawks player and assistant coach Jerry Waugh. "He was really good at blocking shots when people drove toward him. He was a small-town guy who was a very good person."

In his senior season, Born averaged 18.9 points and 9.6 rebounds per game, leading the Jayhawks to a 16-5 overall record and a 10-2 mark in the Big Seven, good enough for a share of a third consecutive conference title. The center was named to the All-Big Seven first team.

Born represented the United States in the 1954 FIBA World Championships, helping Team USA to a 9-0 record and the gold medal. The Fort Wayne Pistons made the big man the 22nd overall pick in the 1954 NBA Draft. But, after a meeting with a high school phenom, he opted against an NBA career.

Born spent part of the summer of 1954 in the Catskills in New York, where young basketball players would work in hotels during the day and play organized games at night. One of his opponents: A high school star named Wilt Chamberlain. Before their first meeting, Born's coach told him to go easy on the youngster.

"He turned me inside out," Born said. "I'd never seen college guys do some of the things he did, dunking, blocking, running along with the speediest little guys ... it was almost terrifying. Go easy? Several times I just wanted to save my life. I think he got something like 29 off me, and I was supposed to be able to play defense."

At one point, a coaching legend convinced Born and Chamberlain to play one-on-one. "Red Auerbach (pictured) was one of the coaches," Born told the Peoria Journal Star in 2003. "He told this kid from Philadelphia, 'You're going up against an all-American (Born), and he'll probably eat you up.'" Chamberlain won 25-10, and a discouraged Born decided not to enter the NBA.

"[He] could really play. He was tall, and he could jump," Born said. "Once, he even hit his head on the bottom of the rim-holder. They had to stop play and put a bandage on his head and wipe up the blood. His name was Wilt Chamberlain. Well, I figured if a high school kid was that big and that good, I'd better get a real job."

Born got close to Chamberlain during their time in the Catskills, and he helped recruit the future Hall of Famer to his alma mater. "We both played in the Catskills one summer for different teams the hotels put together to entertain (tourists)," Born said. "He was a senior in high school and I was a senior in college. I suppose there was a half-dozen times I talked to Chamberlain one-on-one, and no one at that time had ever contacted him from Kansas."

Once Chamberlain arrived in Lawrence, Kansas, and was eligible to play, he got to work overshadowing his predecessor. "I had 44 points in a game (in 1953), which was the record at KU then," Born said. "When Wilt got to be a sophomore, he shot the hell out of my record when he got 52 in his first (varsity) game against Northwestern."

After putting up 29.9 points and pulling down 18.3 rebounds per game across two seasons for the Jayhawks, Chamberlain embarked on one of the most impressive NBA careers in history: His 23,924 rebounds are the most all-time, and his 31,419 points are the fifth-most. He won a pair of titles, with the 76ers in 1967, and with the Lakers in 1972.

Meanwhile, Born was starting his own post-college career. He moved to Peoria, Illinois, to work for Caterpillar Inc., the heavy machinery company with an emphasis on tractors. He played five seasons for the company's basketball team in the National Industrial Basketball League before retiring as the team's all-time leading scorer and rebounder.

"After I spent a few years here, I fell in love with the company," Born said of his career at Caterpillar Inc., where he worked for 43 years in the personnel department. "The people were great, and I couldn't imagine living anywhere else." Born led Caterpillar's basketball team to two AAU national championships in the 1950s.

On February 2, 2013, Born passed away at the age of 80. "We heard this morning about the passing of B.H. Born," KU head coach Bill Self said. "He's one of the very few people that have been the most outstanding player of the Final Four on the team that did not win a national championship. He was certainly a gentleman and a great ambassador for KU through the years. Our sympathies certainly go out to his family as they go through this difficult time. I’m sure our KU family is saddened today but also very proud of the legacy that he left as a faithful Jayhawk." His retired No. 23 jersey hangs in the rafters at KU's Allen Fieldhouse.