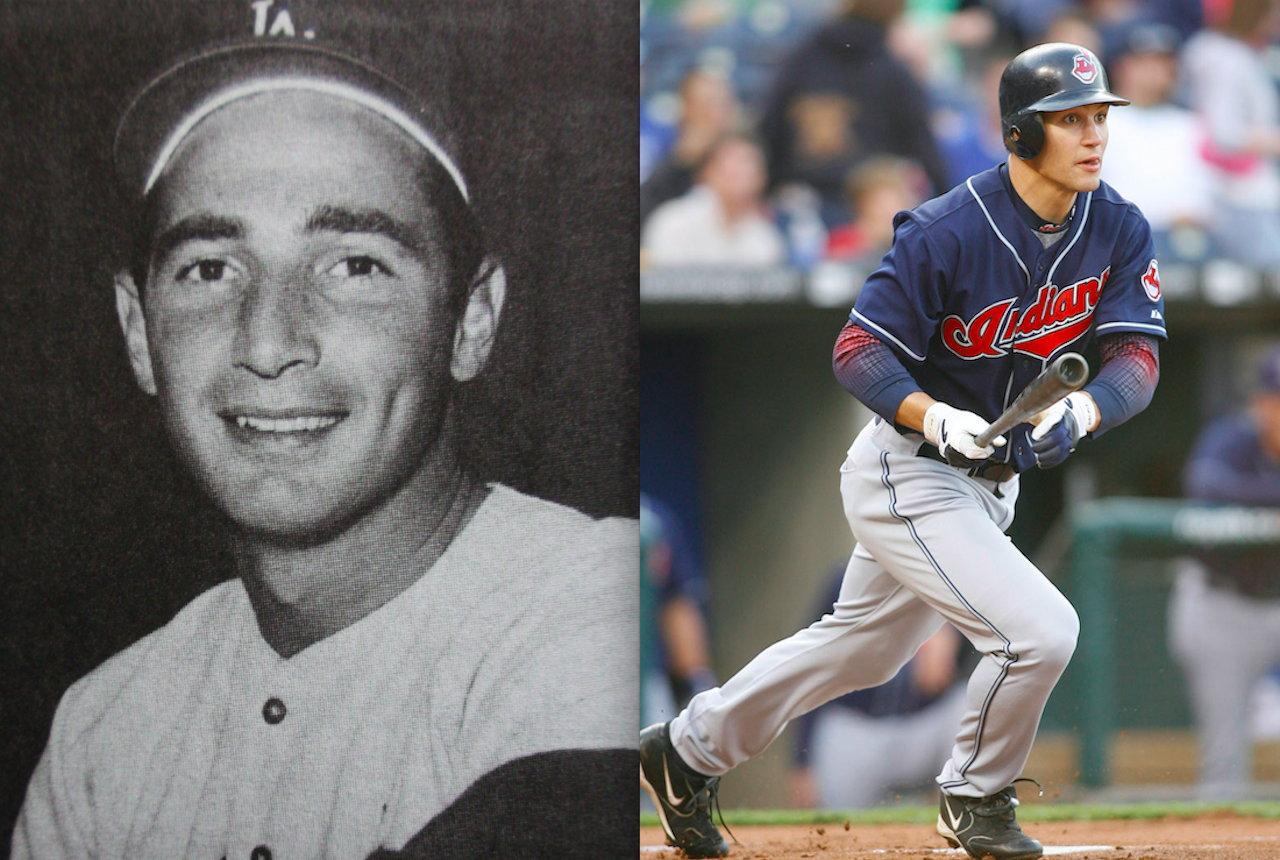 Here's a fun fact: Pitching does incredible physical harm to pitchers. The unnatural motion takes a significant toll on the body, often doing lasting damage to the elbow, shoulder, back and/or knee. So the starting pitcher position is baseball's equivalent to the NFL running back. Because the men who do it may be capable of dominating the league in their first season or two. But by then they're highly prone to various likely injuries. And if physical ailments catch them, they sometimes disappear from the mound forever. Just ask the likes of Mark Prior, Dwight Gooden, Mark Fidrych and Sandy Koufax. You'll find all of them on our list of the greatest MLB careers derailed by injury.

The catcher won two American League MVP trophies  — one with the Philadelphia Athletics in 1928, then another six years later with the Detroit Tigers. After Rogers Hornsby and Jimmie Fox, he's the third player ever to win two MVP awards. While batting in 1937, he was hit in the head by a pitch, fracturing his skull. While he managed for parts of two seasons, he never played again.

The center fielder was a beast over his first four full seasons, hitting .281/.372/.496 with 464 runs scored, 107 homers, 325 RBI, and 115 steals. But elbow troubles afflicted him in 2009, and he elected to have surgery on his arm, then had surgery on his abdomen to repair a hernia. The season after that, he underwent microfracture surgery on his left knee after just 33 games. Then he played in just 280 games over five years, and hasn't played since 2015.

As the 1955 American League Rookie of the Year, Score struck out 9.7 batters per nine innings, best in the majors, when the average pitcher struck out just 4.4 batters per nine innings. He was even more dominant the following season. But in 1957 he took a liner off the face, then a year later started dealing with elbow trouble, and the lefty was never the same again.

Richard led the majors in strikeouts in 1978 and 1979, setting down 616 batters in that span and winning baseball's ERA title in the latter season. The 6'8" righty was even better in the early going of the 1980 campaign before a stroke nearly took his life and ended his career.

The powerful first baseman followed in the footsteps of his father, Cecil. They're the first father-son duo to each surpass 50 home runs in a season, and they both finished their careers with 319 home runs. Prince had a decent shot at 500 homers until he underwent a pair of neck surgeries in three years before calling it a career at 32.

When healthy, Davis could do it all, posting careers highs of 120 runs in a season, 37 home runs, 101 RBI, and 80 steals (getting caught just 11 times). The outfielder also claimed his third Gold Glove in his age 27 season. Though he played parts of 17 seasons, he never played more than 132 games in one year, and topped 100 games just seven times due to various injuries, including a lacerated kidney suffered in his Reds' 1990 World Series clincher.

One of the premier shortstops of his era, Garciaparra led the American League in hits and triples as a rookie in 1997, then led the league in average in 1999 and 2000. But in 2001, he re-aggravated an old wrist injury, limiting him to 21 games. Following two more All-Star seasons, an Achilles injury kept him out for half of 2004. Though he put together another All-Star campaign in 2007, he was never the same player again.

Gooden had arguably the most dominant first two seasons ever for a starter, leading baseball in strikeouts and WHIP as a 19-year-old rookie in 1984, then winning the National League CY Young with a 1.53 ERA, the best in baseball, a year later. Drug addiction is often cited as the reason for Doc's sudden decline, but he injured his shoulder in 1989, which coincides with his dip in effectiveness.

As a rookie, the Bird came in second in CY Young voting in 1976, posting a majors-leading ERA of 2.34 and winning 19 games for the 74-win Tigers. But in spring training before the following season, he tore cartilage in his knee. Months later, he tore his rotator cuff, an injury that'd go undiagnosed until 1985. He appeared in just 16 games over three more seasons before that was it.

Strawberry won Rookie of the Year honors as a 21-year-old in 1983 and hit at least 26 homers in each of his first nine MLB seasons. But a mix of injuries and suspension for cocaine use limited his playing time for the rest of his career; he played in just 335 games over his last eight seasons.

After six big-league seasons, Webb had won a National League Cy Young and finished second in voting two other times. But after a rough start on opening day in 2009, Webb was diagnosed with shoulder bursitis in his throwing arm, and the big righty never played in the majors again.

Prior came in third in Cy Young voting in his second season, winning 18 games and posted a 2.43 ERA. The righty suffered a long list of maladies throughout his five seasons in the majors, but he was ultimately felled by reconstructive shoulder surgery in 2006; he never pitched in the majors again.

Prior's Cubs teammate, Wood's career was also marred by several injuries, including a strained triceps, a torn rotator cuff, and a bum knee. He eventually remade himself as a closer, but that didn't last long either. The injury struggles of Wood and Prior are often attributed to manager Dusty Baker's allowing them to go deep into games.

The lefty was sturdy over his first six seasons, starting 182 games and finishing second in Cy Young voting in 2001, when he won 21 games for the A's. After a brutal stretch for the Cardinals in 2006, doctors discovered he'd been suffering from an injured rotator cuff. After that season, he made just six appearances, posting a 12.08 ERA before retiring in 2010.

One of the best defensive third basemen ever, Chavez won six consecutive Gold Gloves at the hot corner from 2001 to 2006. He was no slouch with the stick either, hitting 173 home runs and driving in 574 runs in that span. But back pain struck the following season, and he played in just 449 games over his last eight seasons.

Chance won 20 games in 1964, posting a majors-leading 1.65 ERA to win the American League Cy Young. He remained dominant through the 1968 season, but back trouble began to limit his effectiveness in 1969 at the age of 28, and he made just 48 starts over his last three seasons.

The sixth overall pick of the 2000 draft flew through the minors to debut with the Devil Rays on opening day in 2003. He hit .289 that year and stole 27 bases while playing an impressive center field. He had similar success the following year, but missed 2005 due to a mysterious ailment that stumped doctors. He'd eventually be diagnosed with mitochondrial channelopathy, which limited him to 227 games from 2006 to 2010.

Jackson famously straddled the NFL and MLB in the late '80s and early '90s, but it caught up with him in 1991, when he suffered a serious hip injury in an NFL playoff game. He retired from football but continued to baseball until 1994, though he wasn't the same player he'd been before the injury.

Koufax was the game's most dominant pitcher when elbow pain forced him into retirement at age 30. He led the National League in ERA in each of his last five seasons, leading the majors in wins three times, in complete games twice, and in strikeouts three times in that span.

One of the greatest defensive center fielders in history, Griffey's 630 home runs are good for sixth in MLB history, but he might have the all-time mark if not for an injury-plagued last decade of his career. The 10-time Gold Glover appeared in just 991 games over his last 10 seasons.

In his first six full seasons, Donnie Baseball led the majors in doubles three times, in hits once, and in RBI once, all while hitting .327 and launching 160 homers. But back troubles began afflicting him in 1990. While he still managed to hit for average, his ailing back drained him of his home run power; he hit just 58 big flies in his last six seasons.