Camila Villafane
Hottest NBA Wives and Girlfriends These Pro Athletes Get to Go Home To December 11, 2018 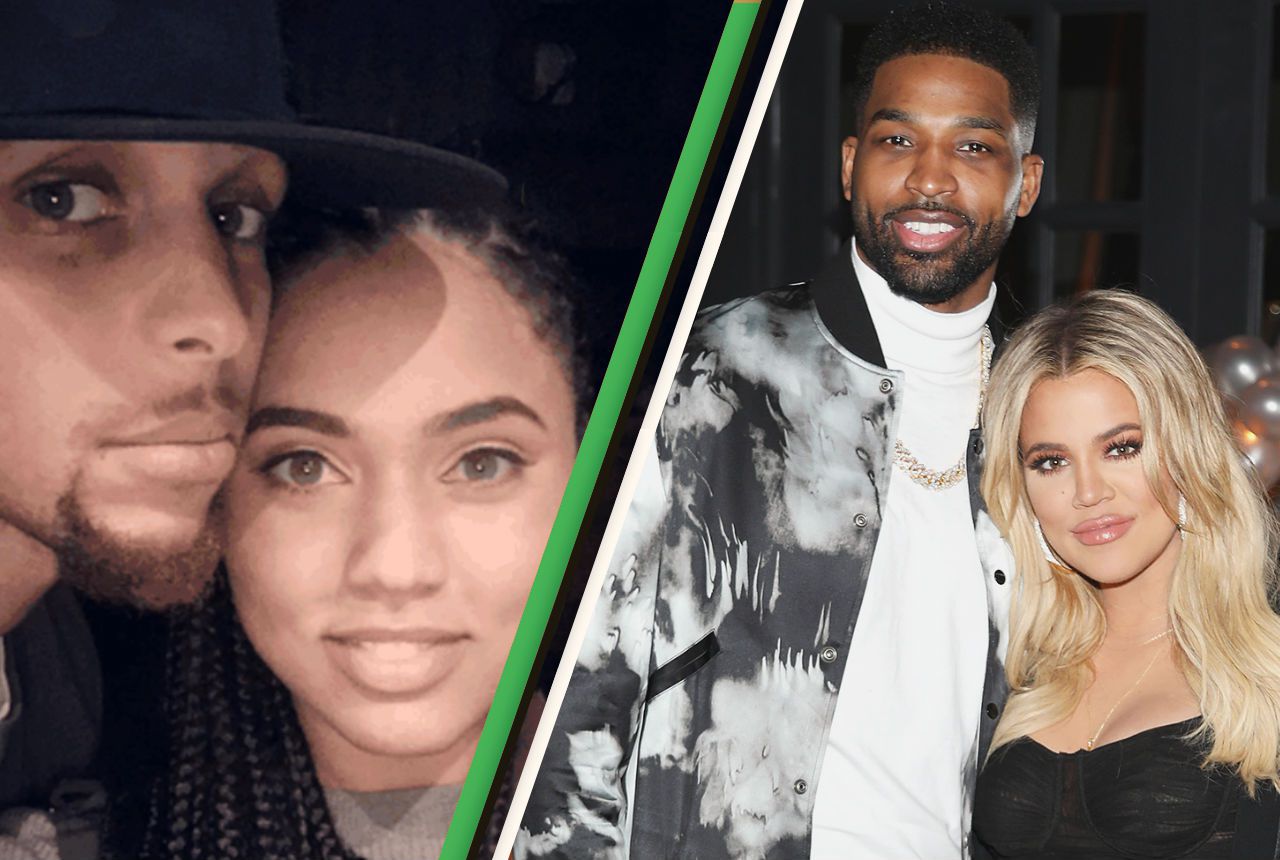 When these famous NBA players decided to share their lives with someone, they didn’t settle for average. They found women who are intelligent and totally fun to be around. But they were absolutely gorgeous too! So, check out the hottest NBA wives and girlfriends in basketball history. They’re a real slam dunk, to say the least.

Leave it to Dallas Mavericks star J. J. Barea to marry Miss Universe Puerto Rico 2011. The couple got hitched in 2016 and it’s been a fairytale romance ever since. They also had a child in March 2016. And if you ask anyone, it’s clear that Ortiz’s beauty is a force to be reckoned with.

You might know her from the show, “Ayesha’s Homemade,” on the Food Network, but the gorgeous celebrity cook made headlines when she married Golden State Warriors Stephen Curry in 2011. And somehow, they’ve avoided the NBA couple’s curse. But their faith and the fact that they met at church when they were 14 and 15 might have something to do with it.

Cleveland Cavaliers’ Kevin Love is a lucky guy. He’s in a serious relationship with Kate Bock, a breathtaking model who has been part of the Sports Illustrated Swimsuit family since 2013. And she’s making a comeback in 2019. This will be her seventh year with SI, which isn't really that surprising given her stunning good looks.

Some of the hottest NBA wives and girlfriends are also super athletic. Just ask Boston Celtics star Gordon Hayward, who married his wife Robyn Van Vliet in 2014. She knows a great deal about sports too. She was ranked Indiana’s no. 4 volleyball player and let her high school to a state championship.

La La Anthony married Houston Rockets’ Carmelo Anthony in 2010. But even though they were temporarily estranged, the actress/author/businesswoman, (with some killer legs!) admits, “We’ve been together for a really long time so we’re figuring out how to make it work.”

Khloe became Tristan’s partner in 2016. The two even had a beautiful baby girl together named True. But Tristan may have strayed from the relationship, which became headlines for gossip columns across the nation. But, according to Cosmopolitan, Khloe and Tristan seemed to be trying to make it work.

The Wizards player may not have put a ring on it, but he did skip ahead and went straight to parenthood. You might recognize Kamiah Adams from her time on “Love And Hip Hop Hollywood.” In 2018, The model/entrepreneur gave birth to a baby boy who's just as gorgeous as she is.

Savannah Brinson is among the hottest NBA wives and girlfriends on this list. Miami Heat’s LeBron James proposed to his high school sweetheart Savannah Brinson in South Beach during a New Year’s Eve party. The couple got married in 2013, but Brinson isn’t the kind of gal who stays at home all day. She’s a businesswoman and a philanthropist as well.

Amelia Vega was already famous before she even met Boston Celtics star Al Horford. In 2003, she became the first Dominican woman to be named Miss Universe. She’s also 6-ft. Tall, so you could say she’s the perfect height for an NBA player. But this beauty can also act. She's known for films like 2005’s “The Lost City.”

Milwaukee Bucks’ player Eric Bledsoe has been with Morgan Poole Bledsoe since 2008. But being the low-key guy that he is, he proposed in a driveway in 2016. Given that he was her high school sweetheart, she never hesitated to say yes. But you’ll never guess what she does for a living: she’s a hairstylist!

Shannon Williams was in the process of getting her career as a singer and an actress started when she met retired NBA player Ray Allen. She was part of the short-lived R&B group “Shades.” Then she tried acting in the 2000 film “Girlfight.” Eventually, she saw she had a future with Allen and married him in 2008.

NBA free agent Christopher Wesson Bosh married Adrienne Bosh in 2011. This stunning beauty is a mother of 5 and is also the CEO/Founder of Sparkle & Shine Darling, an organization that empowers women worldwide through a series of special events.

Yvette Prieto married retired NBA player Michael Jordan and they have been living happily ever after ever since. The Cuban-born American model has worked for big names like designer Alexander Wang. And she looks great in a bikini, which probably makes retirement a lot more fun for Jordan.

Los Angeles Clippers JJ Redick married Chelsea Kilgore in 2010. That’s two years after they started dating. One of the things that probably won him over was the fact that: “She didn’t allow me to be a [jerk], and she still doesn’t.”

Vanessa Bryant was 18 when she got engaged to retired NBA player Kobe Bryant. They got married in 2001. But in 2011, she filed for divorce. Then, in 2013, she announced that she and Bryant changed their minds. In 2015, Bryant retired, and she was elated. Now the couple get to enjoy more time with their three kids.

Actress Gabrielle Union married Dwayne Wade in 2014. But you might know her for roles in films like “10 Things I Hate About You,” and “She’s All That.” But most people remember her as Isis in the hit film “Bring It On.” One thing's for sure, her beauty is truly unforgettable.

In 1999, Tamia married Grant Hill, an NBA player who has played for four teams in his career. But the Canadian singer-songwriter has a lot to be proud of, too. She released her latest album, “Passion Like Fire.” And she has one piece of advice for anyone in a relationship with an NBA star, which she shared with Essence: “Don’t make it seem harder than it has to be.”

Chicago Bulls player Lauri Markkanen’s been dating a lovely young Finnish woman, which isn’t much of a surprise since he’s from Vantaa, Finland. But while her boyfriend is shooting hoops, she stays busy by keeping her blog up-to-date. Her main topic is vegan and vegetarian food.

Meghan Allen married Dallas Mavericks guard Devin Harris in 2013. Harris met his softcore model girlfriend in Dallas, TX, while she was doing a side gig as a bartender. She has also appeared on “Fear Factor” and “Momma’s Boys,” and she's straight up gorgeous.

Miami Heat star Goran Dragic tied the knot with Maja Dragic in 2013 in his native country of Slovenia. The couple wore crowns at their wedding. They also got to design their dream home in Slovenia, and soon after, they welcomed a son named Mateo. Home designer, mommy, is there anything Maja can’t do?

Oklahoma City Thunder player Russell Westbrook married Nina Westbrook in 2015. She knows a lot about basketball, too, as she used to played for UCLA. When she wasn’t busy playing all positions on the court, she was majoring in English. Now, she’s juggling her duties as a wife and a mom of twin girls, Sky and Jordyn.

Teyana Taylor was so busy lately that she almost forgot about her 2-year wedding anniversary to Sacramento Kings player Iman Shumpert. The couple married in 2016, but Taylor has kept herself busy as a recording artist. You should check out her latest album K.T.S.E! On top of that, she also starred in VH1 reality show “Teyana and Iman.”

Karla Puseljic has been dating the Croatian NBA player for the Minnesota Timberwolves since 2012. She moved to the US when Saric signed his NBA contract. Not much is known about her, but it’s safe to say that if she’s willing to move to another country, then she’s a total keeper.

Charlotte Hornets player Tony Parker tied the knot with Axelle Francine in 2014 in San Antonio, Texas. Francine is a French journalist who started dating Parker in 2011. The couple also have a kid named Josh.